Monday, September 22.  I woke up to this cute voice saying, "Grandma, it's day time" at about 7:30 this morning and the pace hasn't slowed until just now, 8:15 pm.  After breakfast, we took a hike down a beautiful wooded path, spotting a cute little frog hopping across the path, and ended up at Lake Independence.  We walked out on the dock and talked to a fisherman and just ran and played for a bit before hearing back to the campsite for a snack and lunch. 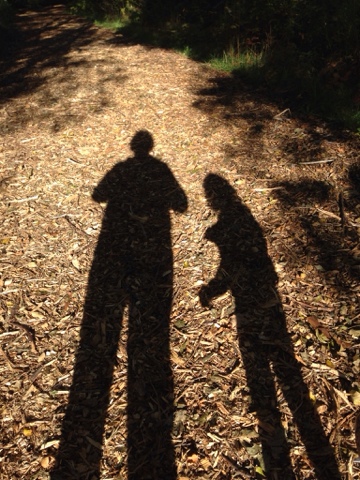 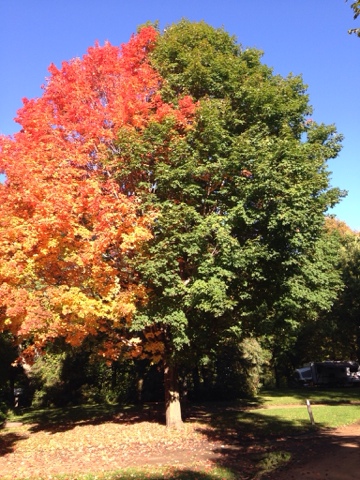 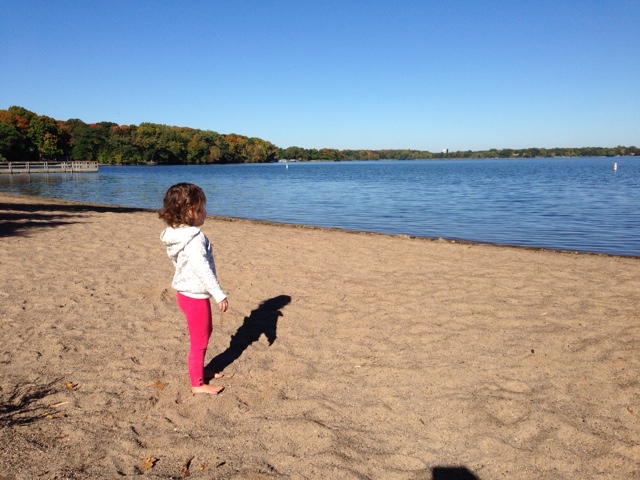 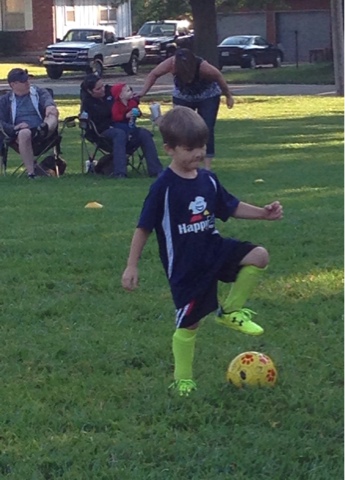 We then went back home and began to get ready for a family gathering and bonfire tonight.  Randy was the first to arrive, he and his son Ryan rode their Harleys up from Springfield but Ryan had a previous commitment with friends.  Christel, Josh, and Barley came next and set up a tent in the back 40 so they didn't have to drive home later.  Then Amber and Joel arrived with Lincoln and Harlow, followed by Aaron and Olivia and then Brittany.  When Rita and Denny got there, our group was complete and the party began - we ate, played, talked and drank beer for the next few hours.  The 3 little ones had so much fun together!  Aaron brought glow-in-the-dark loops and they had a ball with them, they got rides in the wagon pulled behind the ATV, and they ran and played with the wagon a lot. 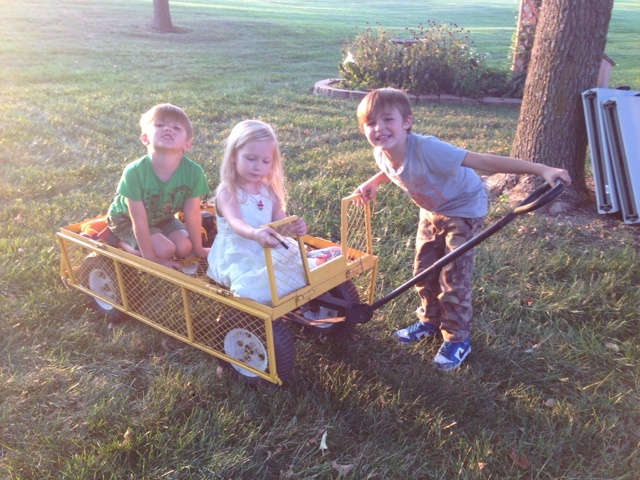 Lincoln, Olivia, and Barley
Bob started the fire and we had to stand way back, as the flames shot up at least 20 feet.  He and the neighbors have been building the burn pile since the spring. 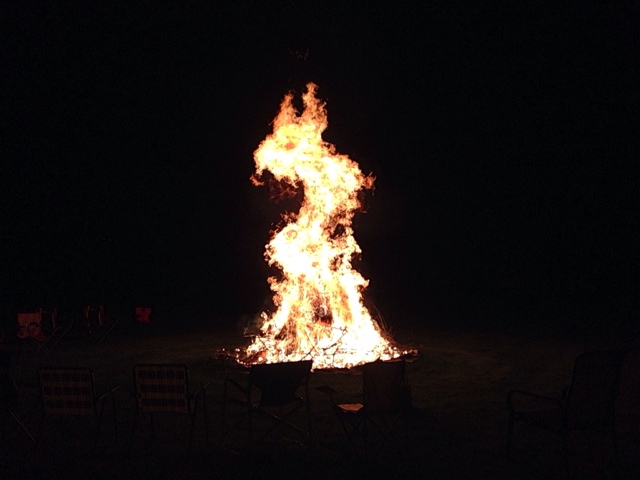 This morning, I got to go on a motorcycle ride through some pretty back roads with Randy. It's been a long time since I've done that, and I really enjoyed it.  We cleaned up from last night, Penny made biscuits and gravy, Rita and Ryan came by, and we hung out it was time for everyone to head back home. 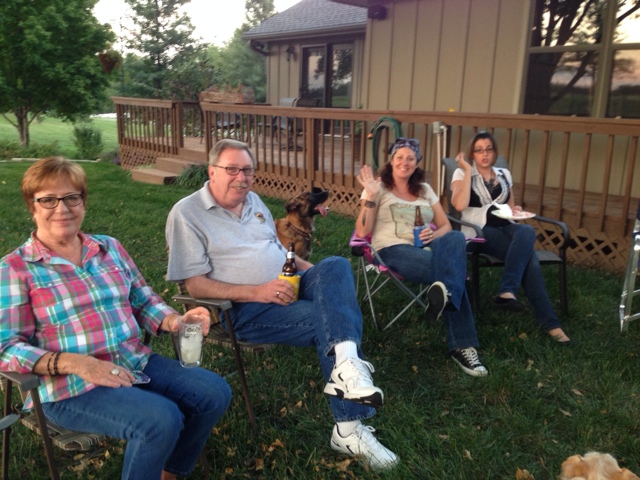 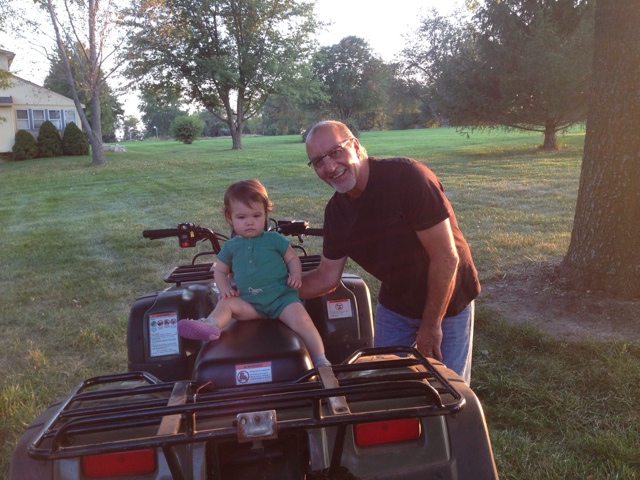 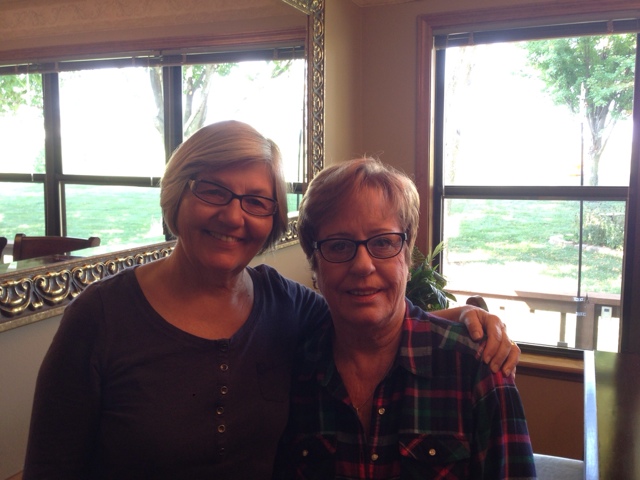 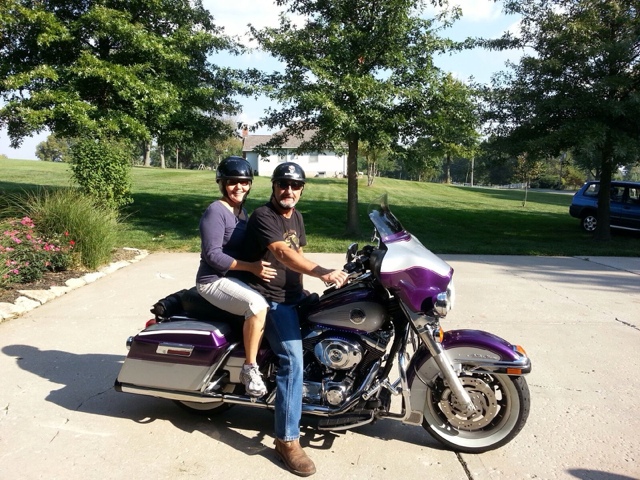 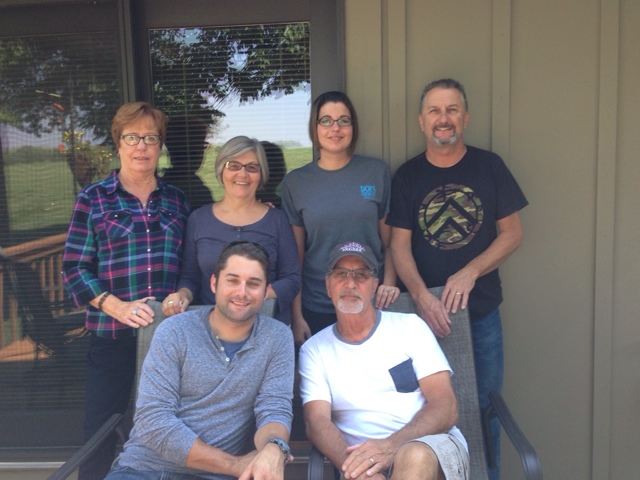 Ryan, Bob, Rita, Me, Brittany, and Randy
I fixed Zuppa Tuscano for dinner tonight and Penny's Mom, Norma joined us.  It was good to see that she has fully recovered from a fall last November that kept her in recovery mode for several months.  My soup was a big hit.
Posted by Bridge Coast to Coast Saga at 3:41 PM