We managed to get a decent walk in Thursday morning before the rain started and the rain continued all through until Sunday.
I stopped to visit with my cousin Jo in Montello, as she is recovering from some serious surgery to remove cancer in her jawbone and reconstruct it.  All is going well with their recovery but it is going to be a long road for her including six weeks of radiation therapy.  We had a nice visit but I didn’t stay too long and she needs her rest.
From there, I went to Dawn’s and had a couple of hours to chat with her before I went to see Pat and Tracey for a bit. We had short visits on Thursday and Friday evenings and I spent all day with them on Saturday. It was a rainy day, so we mostly just sat and talked, had some dinner, and watched the movie Jumanji.
Dawn invited Jonnie to join us for dinner on Friday night and made chicken pot pie and wedge salad. She is such a great cook. We had some great conversation with lots of childhood memories and catching up on our families. 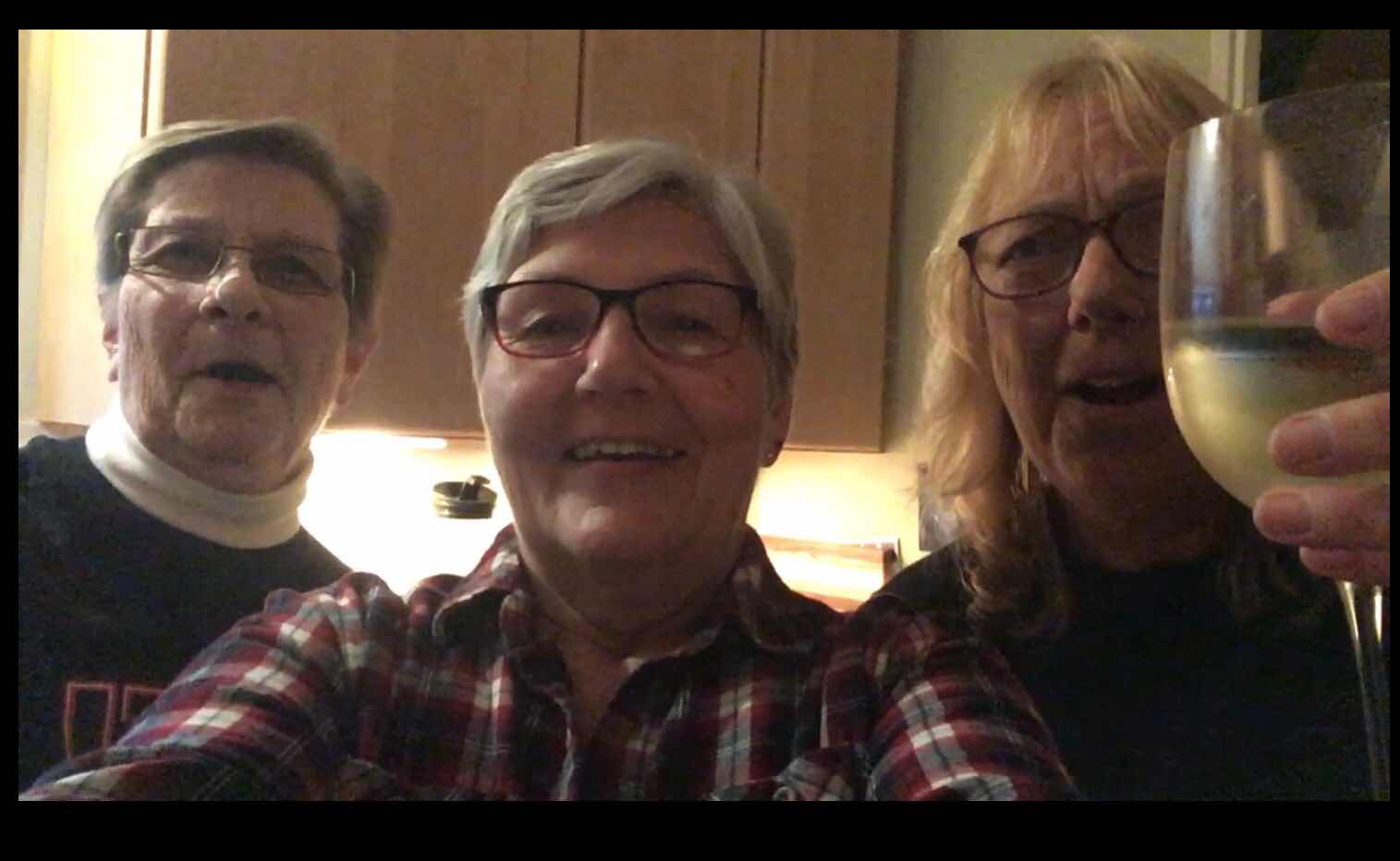 I had coffee with Pat this morning before starting my trip back home. I stopped in Portage and visited with my sister-in-law Sharon for a while before the long stretch back to St Paul.  It was a very nice trip and I’m glad that I shortened the number of days as I’m not used to the drive nor the activity. It was a good break-in for an active summer.
Posted by Bridge Coast to Coast Saga at 4:57 PM

I had originally planned to head to Wisconsin on Monday, but after having so much activity the previous four days, I decided to leave on Tuesday instead. I had several errands to run, laundry to do, and just wanted some down time on Monday.  After vacuuming and cleaning up after the girl’s sleepovers, Mavis and I walked to Thompson County Park and got a bit over two miles in - not a bad way to start a nice, warm, spring day! I then ran my errands.
She and I had talked about having an adult beverage on the patio in the afternoon, so we joined a few other folks about 4:00 and had some good conversation. It felt good to socialize a bit!
I got on the road and headed for Pat and Roger’s house at about 7:30, wanting to make it by 11:00 because Pat had a surprise lunch arranged. Well, my GPS was telling me that my ETA was more like 11:30 so I called to get more information and learned that lunch was in Monona. There was no way I could get to her house in time for us both to make it to Monona. So I headed straight there and was the first to arrive at Red Robin and learned that it was closed for lunch. Pat arrived and then the surprise - classmates Judy and Linda and their friend Carol. Our next choice was Buck n Honey’s but they were closed too. Nick’s family diner was open so we had a nice lunch and lots of good conversation.
Back to Hoovey’s house, it was a nice evening full of walking, taking, drinking, and eating. It is so darned nice to be able to be together again, now that we are fully vaccinated.
This morning, Pat had some painting to do, so I split and replanted several of her houseplants. One of them, a jade plant that I had given Pat years ago is coming home with me. The old saying “what goes around comes around” came into play today. 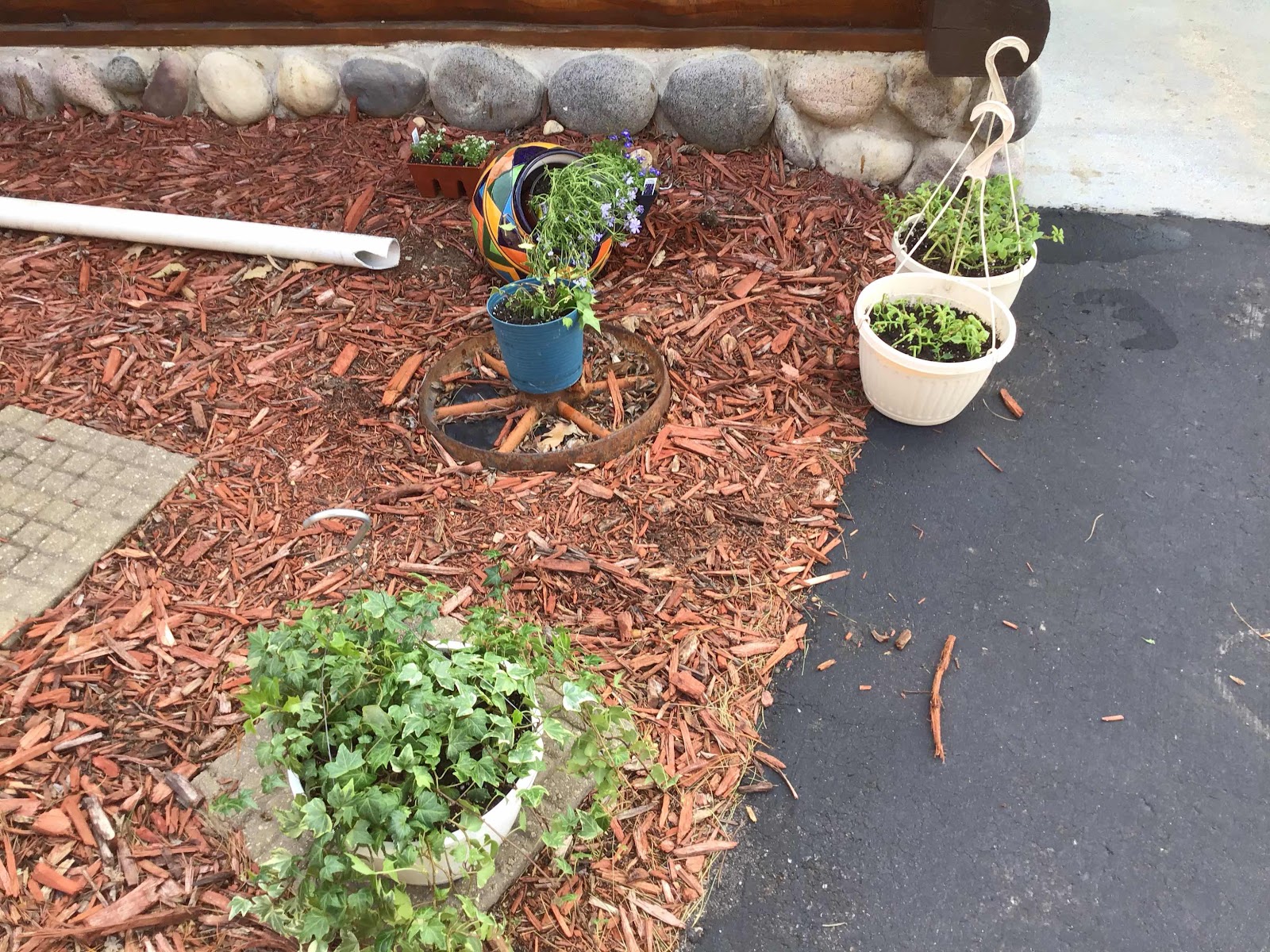 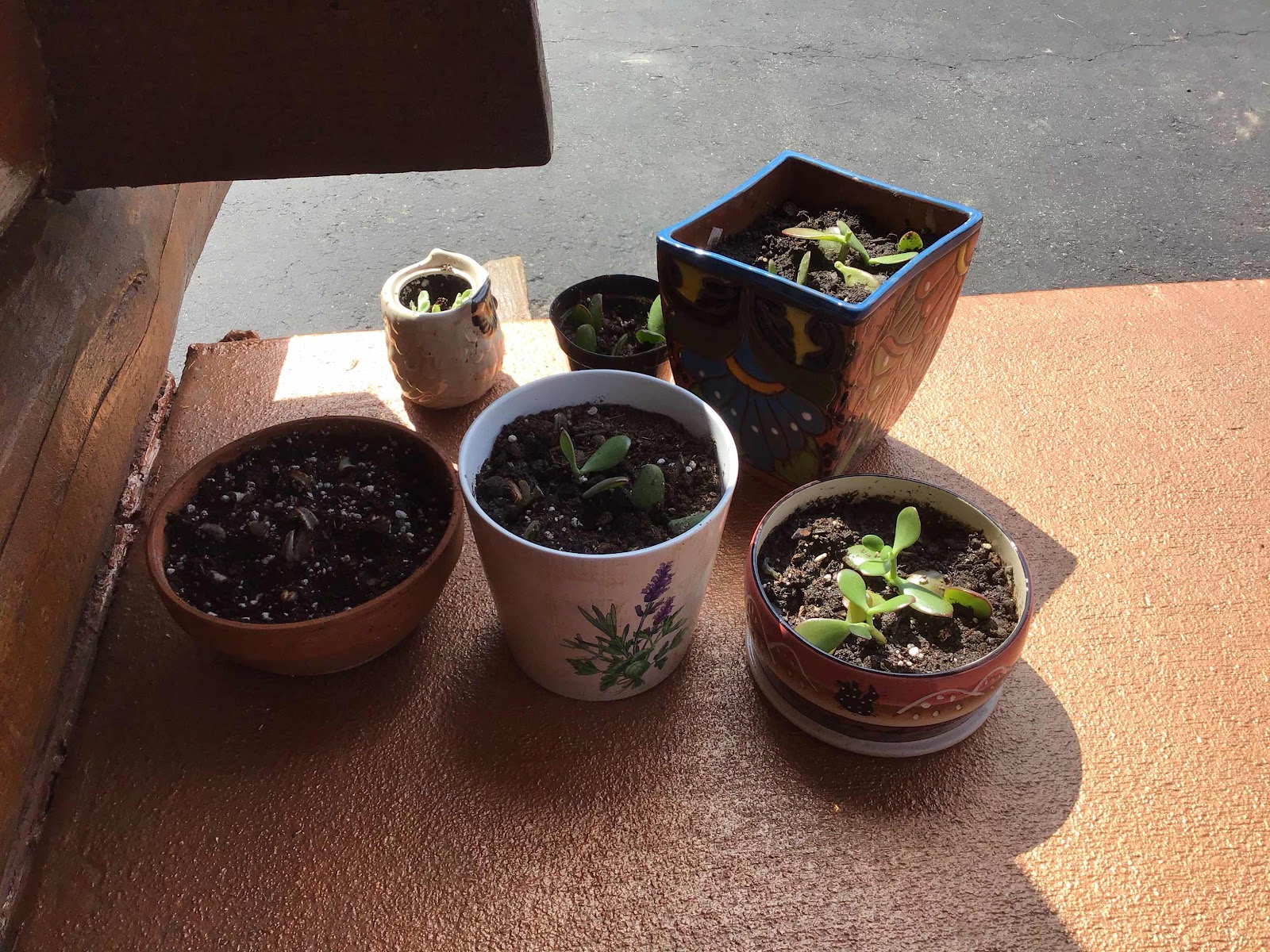 We went to Cimaroli’s tonight and met with some of Roger’s siblings to celebrate Bobby’s birthday and Susie’s and mine too.  Of course I had a couple of their $3 Old Fashions that just can’t be beat.  I opted for Broiled Walleye and salad for my dinner - it was great!
Patty and I, Best of Friends 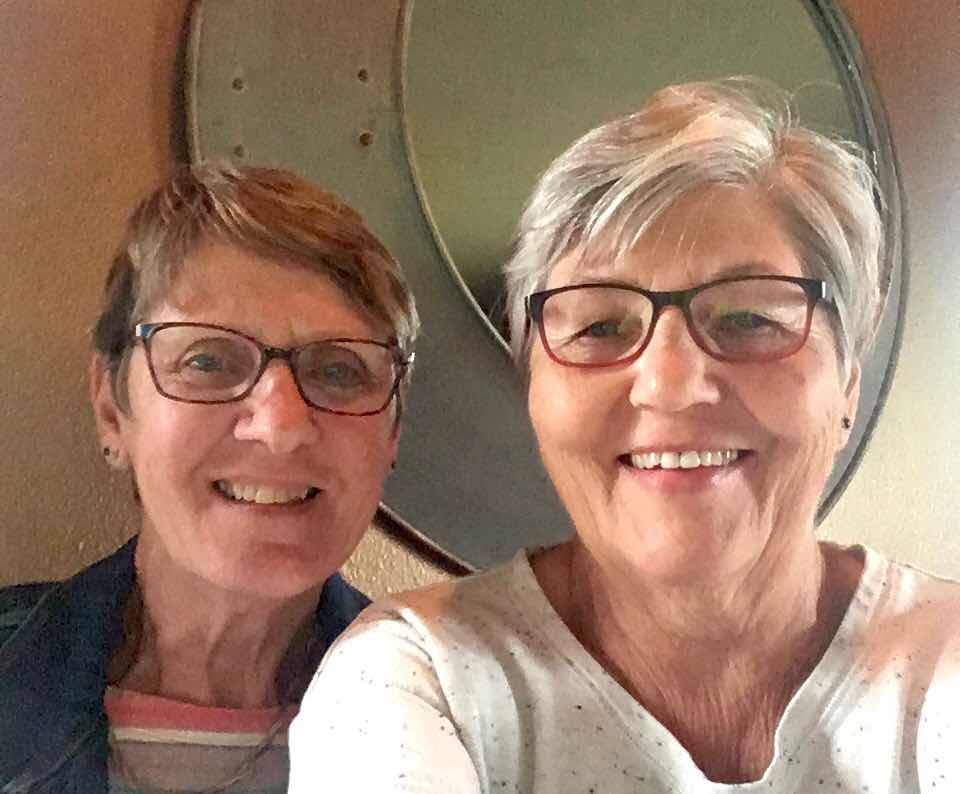 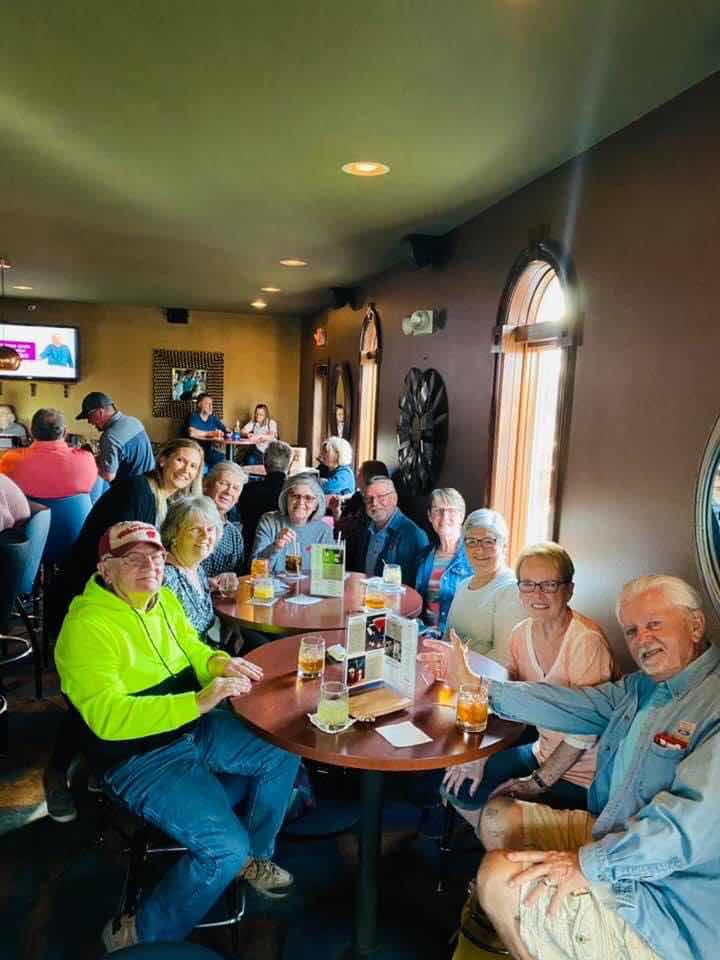 Posted by Bridge Coast to Coast Saga at 10:21 AM

Easter Sunday. And what a beautiful day it was, spent at Lois and Dennis’ house. The predictions were for 75° and sunshine but I think we actually hit 80.
The girls were coloring eggs when I got there and when they finished that, it was time for the Easter Egg hunt - with a bit more of a challenge this year since they are all getting older.  Jill hid 12 pieces to a puzzle along with the eggs and they had to find all 12 pieces, put the puzzle together and then answer the 4 riddles that were written on the puzzle.  Then, they had to take the first letter of each of the answers, unscramble those letters, and that gave them the location of the golden egg was.  Inside the golden egg was a $5 bill for each, a bracelet, a fancy eraser, and a pack of gum. 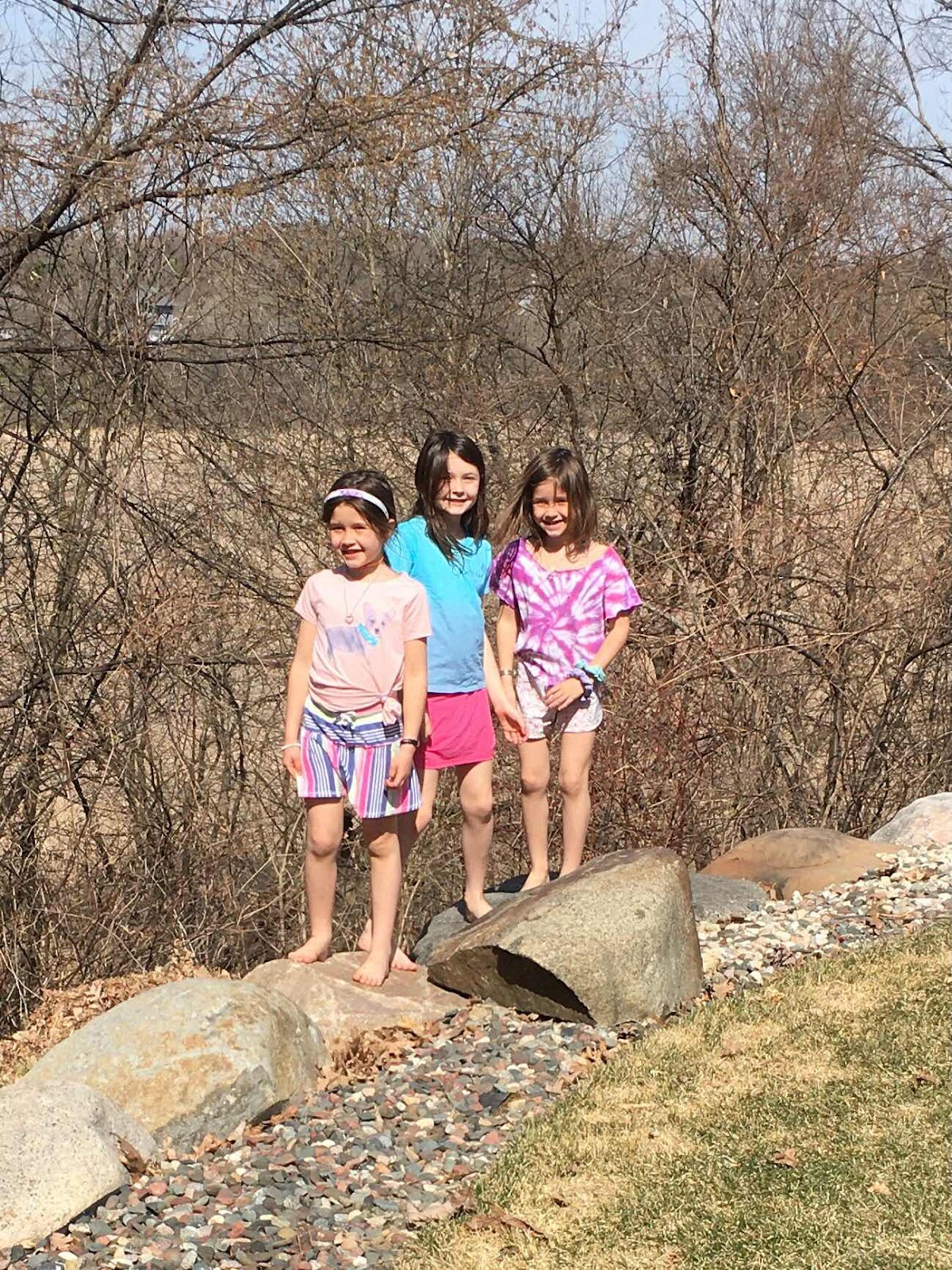 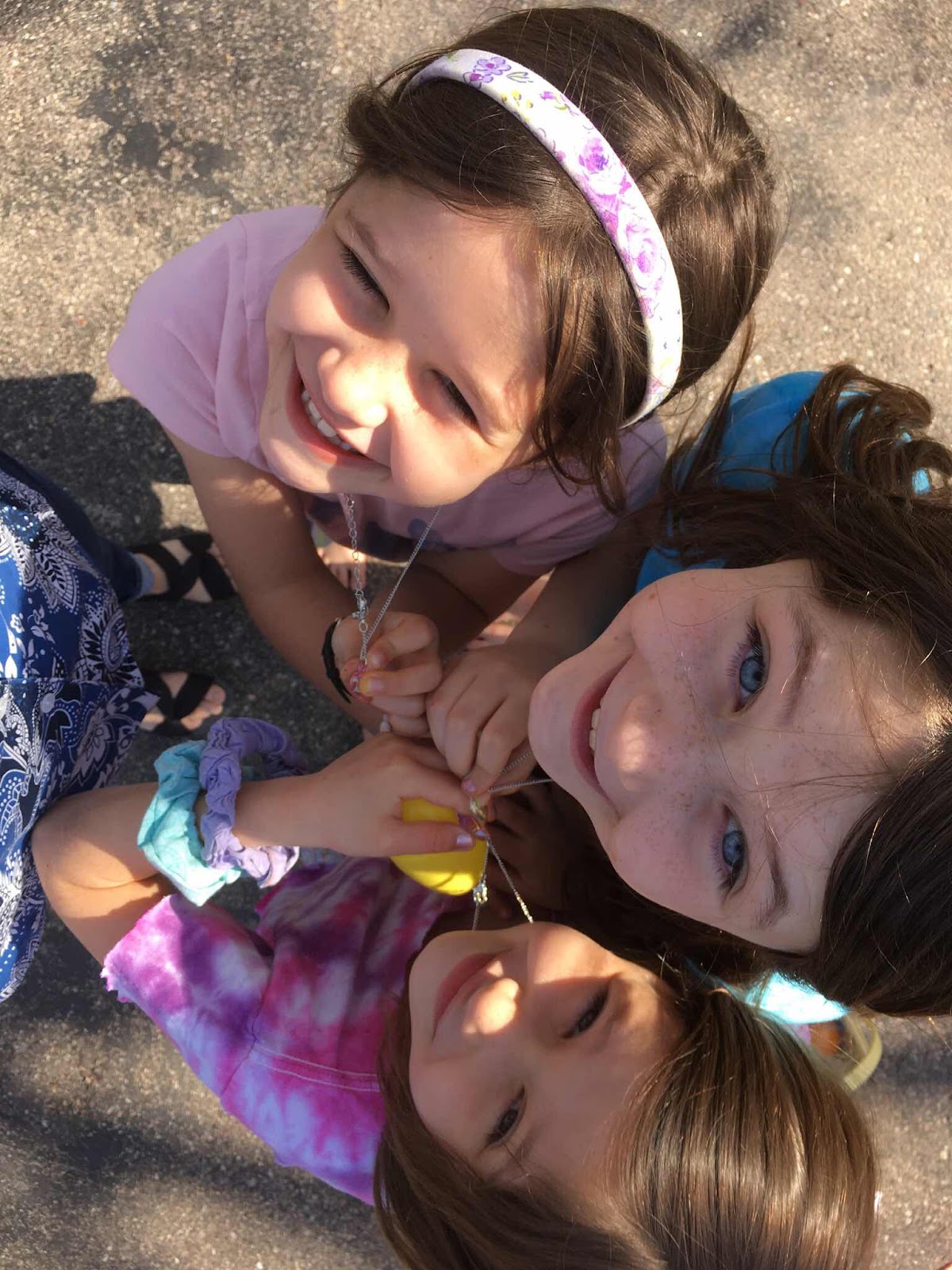 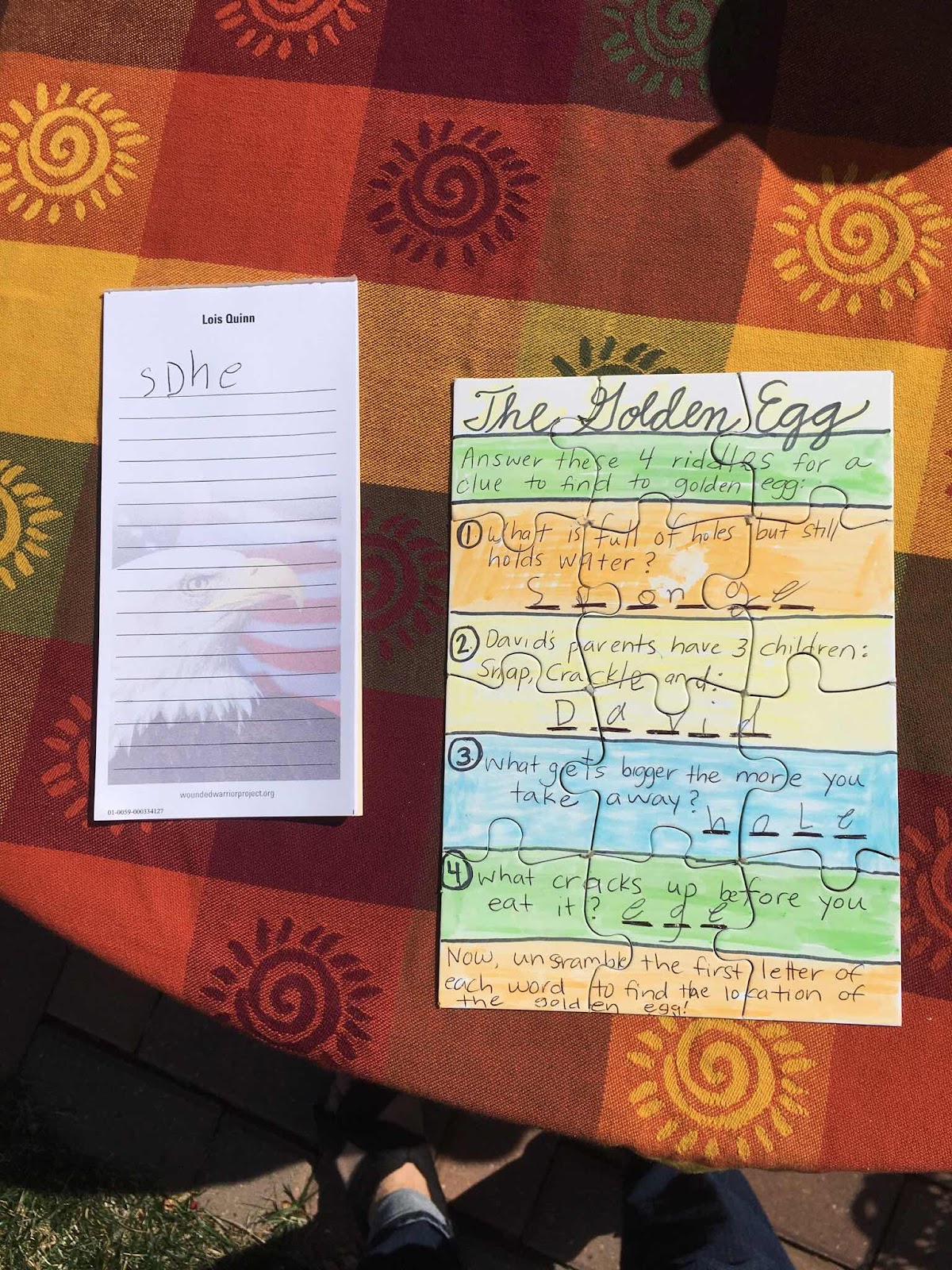 We had a delicious dinner of ham, cheesy potatoes, fruits salad (my contribution), an asparagus tart, and lemon bars for dessert (Jill’s contribution).  It was so nice to sit around outdoors and have some great conversation, play some bocce ball, and just enjoy being together and being outdoors.
Posted by Bridge Coast to Coast Saga at 3:50 PM

We did the switcheroo yesterday afternoon and Charlotte was packed and ready to come to my house. We had pizza for dinner and watched Spy Kids 3 on her request, although she told me after we started it that she had already seen it twice. I’m a bit surprised that she didn’t have the entire script in her memory.
When we went to bed, she was non-stop talking for quite a while and when I reminded her of one of our tickle torture events on a former camping trip, that whole episode was repeated.  It makes me giggle as I write this.
I was happy when she walked out wearing the sweater that I made her this morning.  Her major interests right now is anything related to video or iPad and it was a challenge to keep her interested in one on one activities. We went for a walk this morning after breakfast but there was an Easter egg hunt going on in the park and she didn’t feel comfortable being around that many people - very concerned with distancing, so we went back home. We filled the day with games, nail polishing, modeling clay, the fitness room, a trip to Culver’s for ice cream, and plenty of snacks. 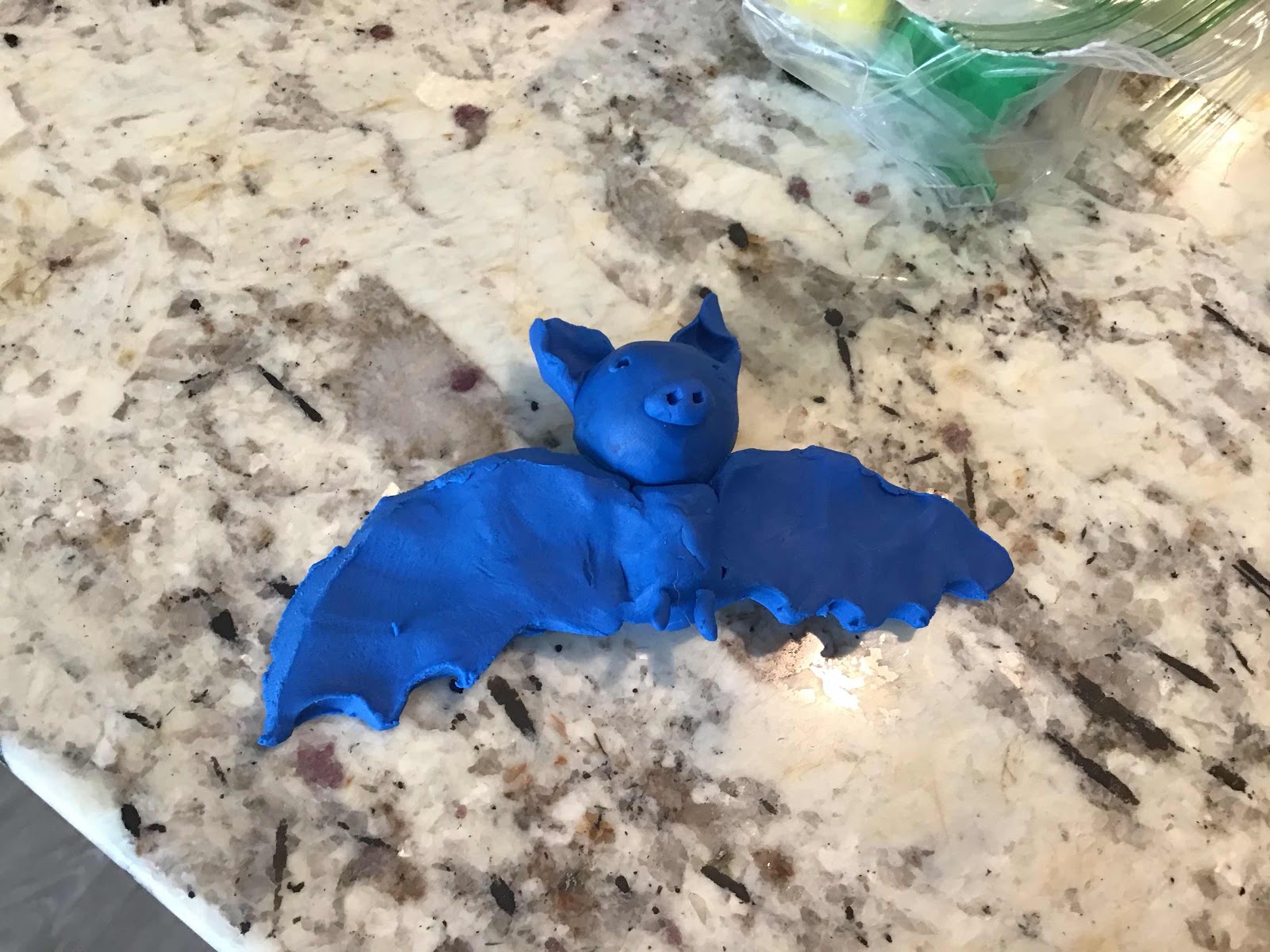 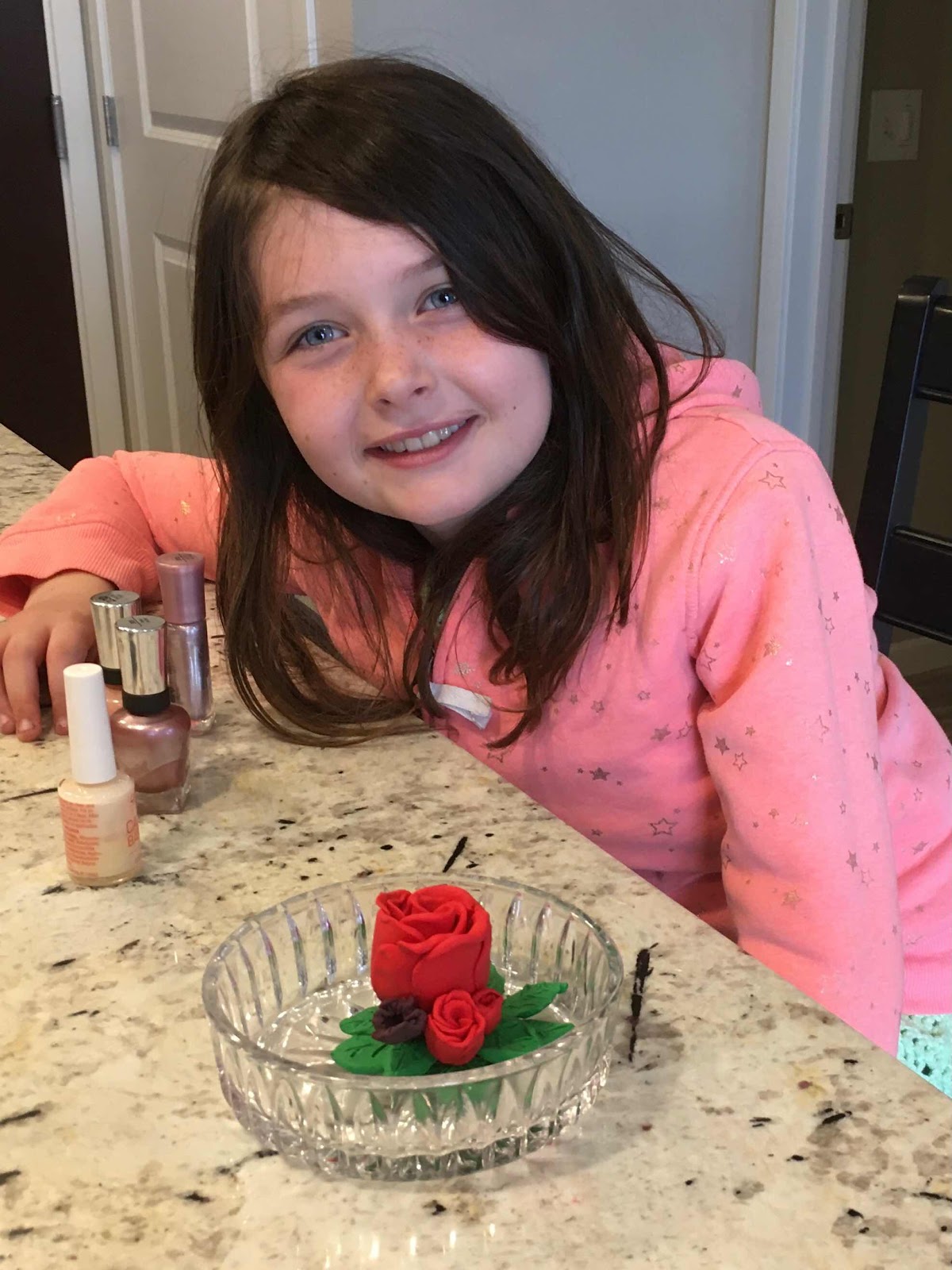 Have I mentioned how exhausted I am?  And how good a glass of wine is tasting right now?  In spite of that, it was soooo worth it to be around those girls again.  The last year of restrictions has been very difficult and I was feeling out of touch as far as their learning and development. I now feel kind of like I was able to catch up and reconnect a bit these last few days.  Their personalities are all so different, but yet there is a lot of a likeness too.
Posted by Bridge Coast to Coast Saga at 6:50 PM

It has been quite a week of activity, starting on Wednesday when I spent the first full day, post-COVID vaccine, maskless, with my granddaughters.  The morning started with quite a bit of conflict between the three of them but improved greatly as the day went on.  We worked out, played games, did some Easter crafts, had lunch, and it was fun, yet exhausting.  The Easter craft was to make stained glass eggs with tissue paper sandwiched between layers of clear Contact paper and some that were fluffy. I thought they turned out nice! 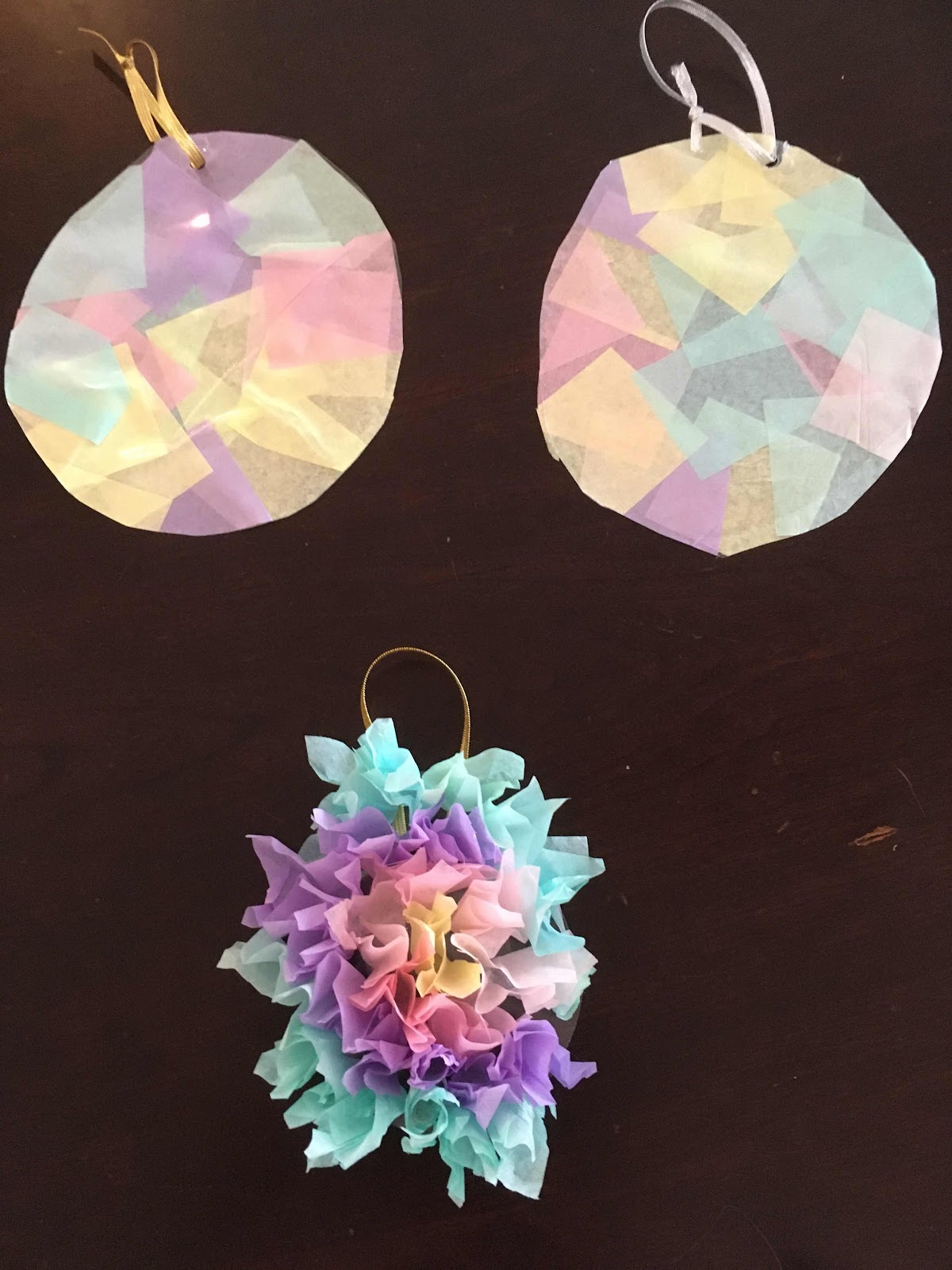 I had finished the summer sweater that I was making for Charlotte (on her request) and was able to bring it to her.  She loved it! 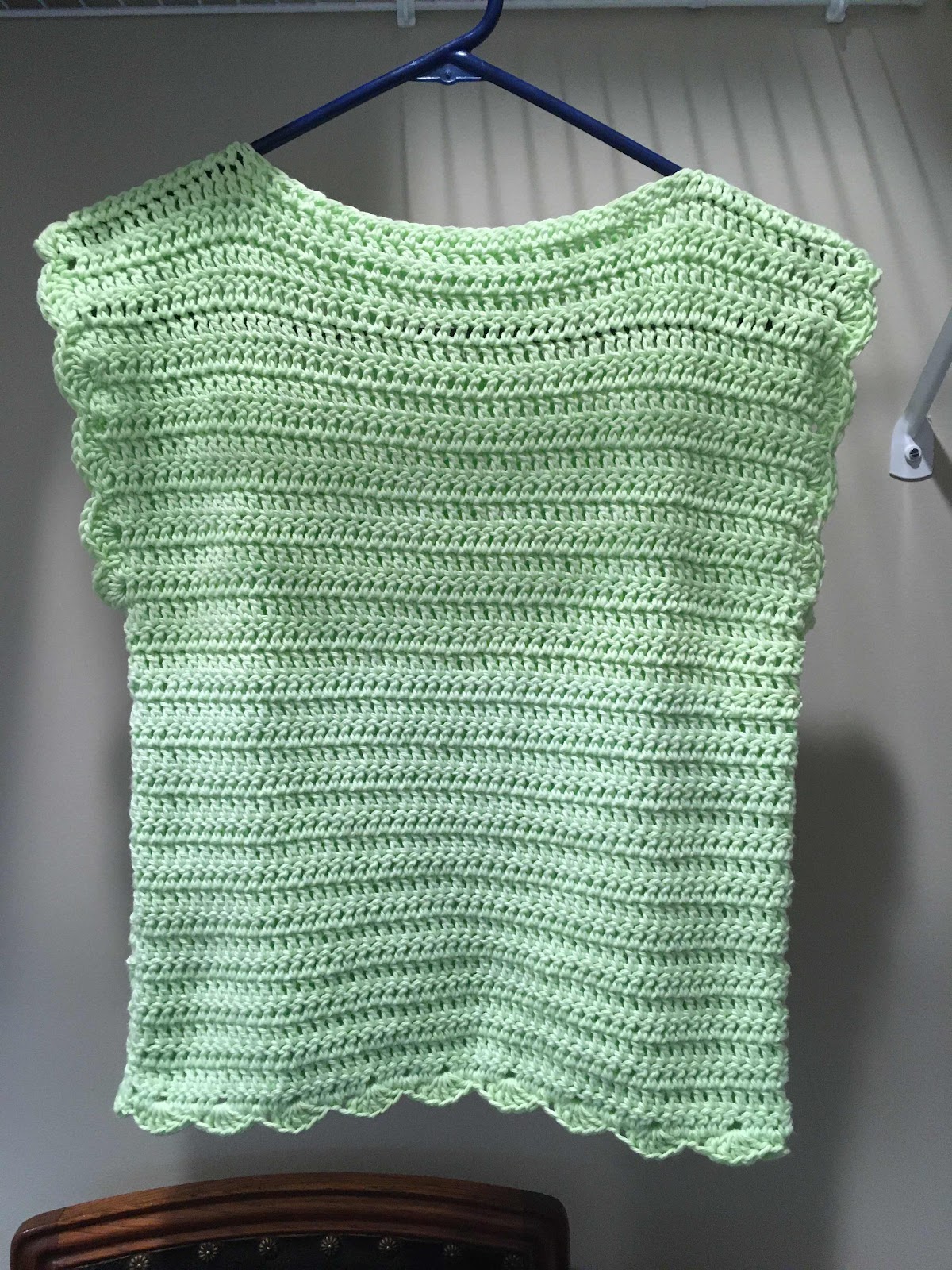 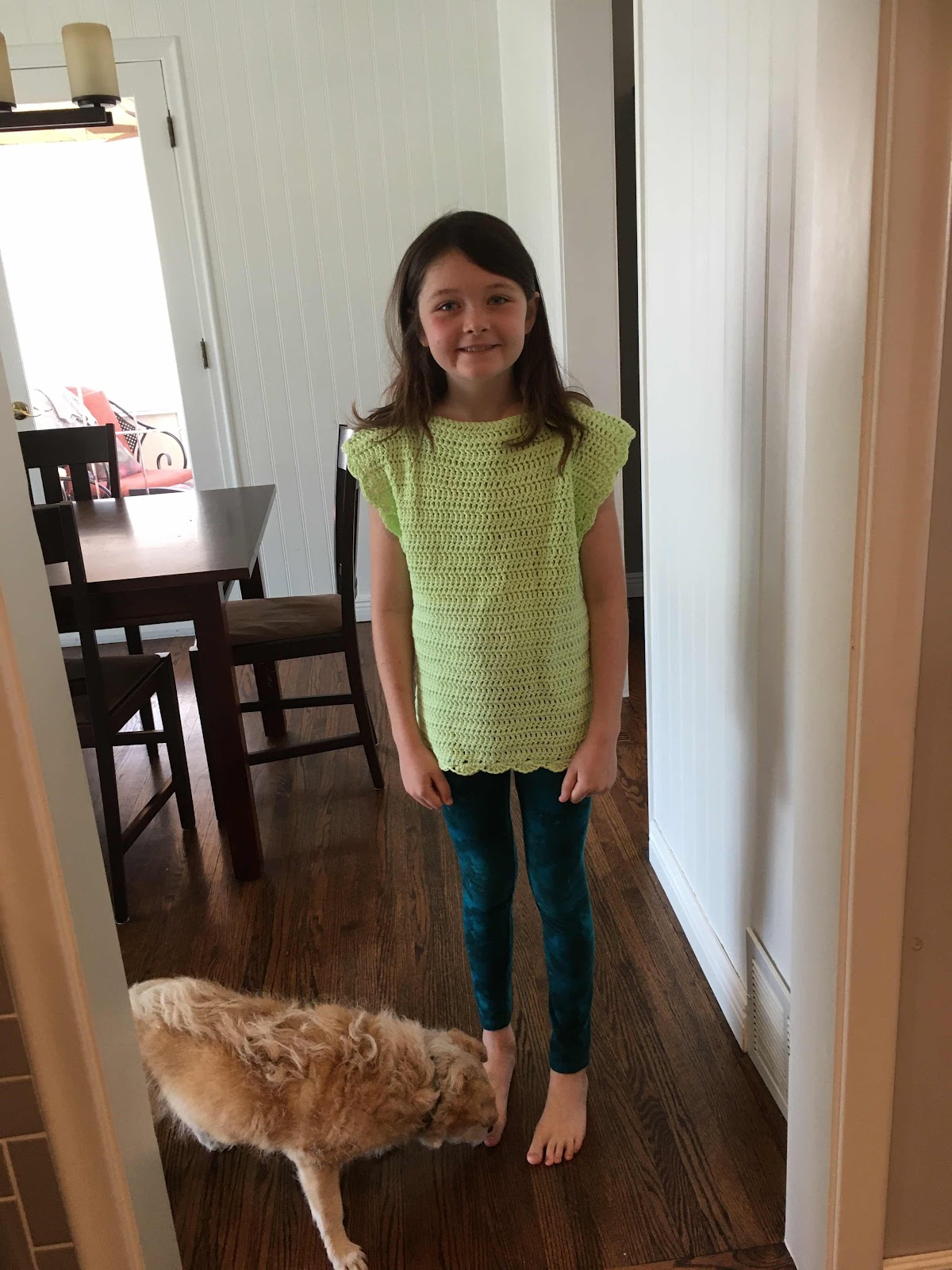 Now, Norah and Camille have out in requests too.
Since we can be together again and I and all of them were excited to do sleepovers again, I have had one of them with me for the last three nights, starting with Camille on Wednesday night.  We watched a movie, had popcorn, played games, did Legos, played at the playground, applied makeup to each other and then it was time for the switchers. Norah was next and Grandma is getting more tired. 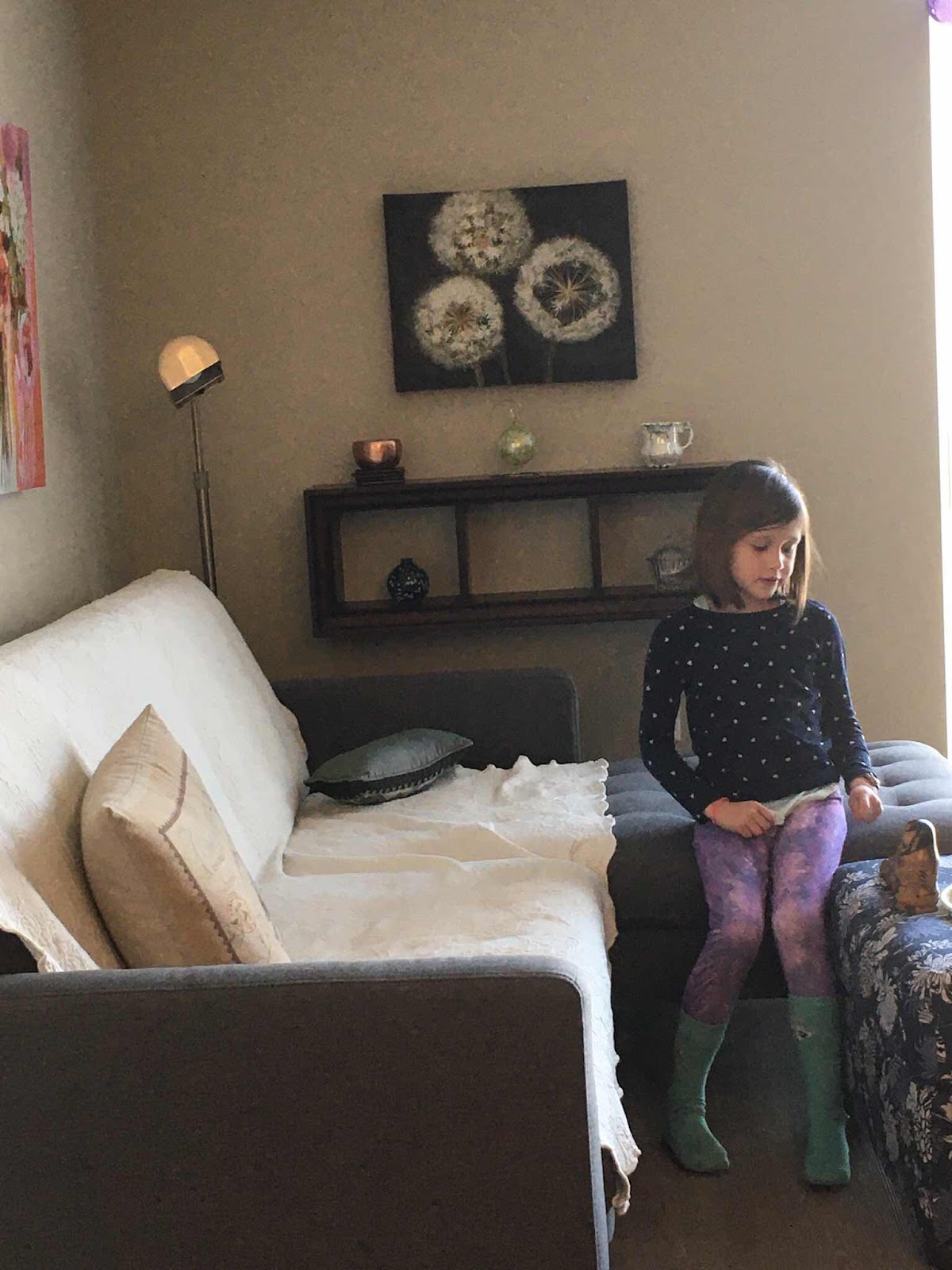 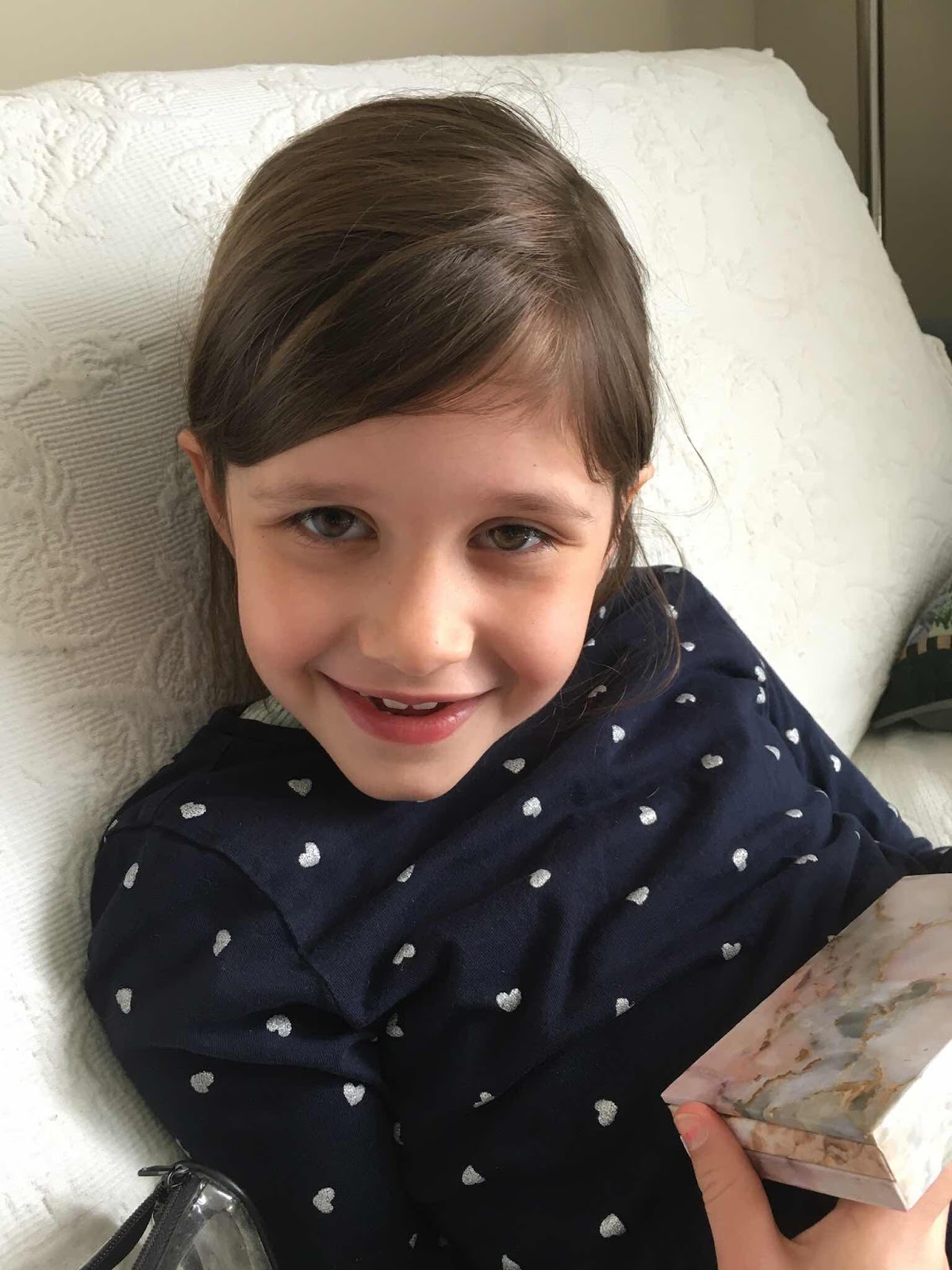 When I took Norah home this afternoon and Charlotte was ready and raring to go.  Before we got back to my apartment, we stopped at the battery store to get new batteries for the watches that I gave them - ones that I had in my stuff that I won’t ever wear again.
Did I say that Grandma is tired?
Posted by Bridge Coast to Coast Saga at 5:42 PM