It has been another beautiful weather week here in Minnesota - we had the third warmest day in history today, topping off at 76°, although the thermometer in my car was reading 80°.  After helping out with the food truck this morning, I decided to get out of town and I headed to the Sherburne National Wildlife Refuge near Elk River.  I had read that this is a major stop for migrating Sandhill Cranes (12,000 stopped there yesterday), Tundra Swans, White Pelicans, and many others.  Needless to say, I didn’t see many as I was there in the middle of the day, but it was sure nice to get away and not see any buildings, street lights, or hear the roar of traffic for a couple of hours.
I took a 7-mile loop drive and walked the paths at a few designated walking loops.  From a distance, I spotted a huge Eagle nest that appeared to have two birds sitting in it.  Just as I pulled over with my camera, they decided it was time to hunt and flew from the nest.  I also saw a large buck in the distance and he turned to face me when Joey barked, but he was too far to get a good picture.  I may have seen the Sandhills if I had stuck around until dusk, but I didn’t feel like hanging out there that long. 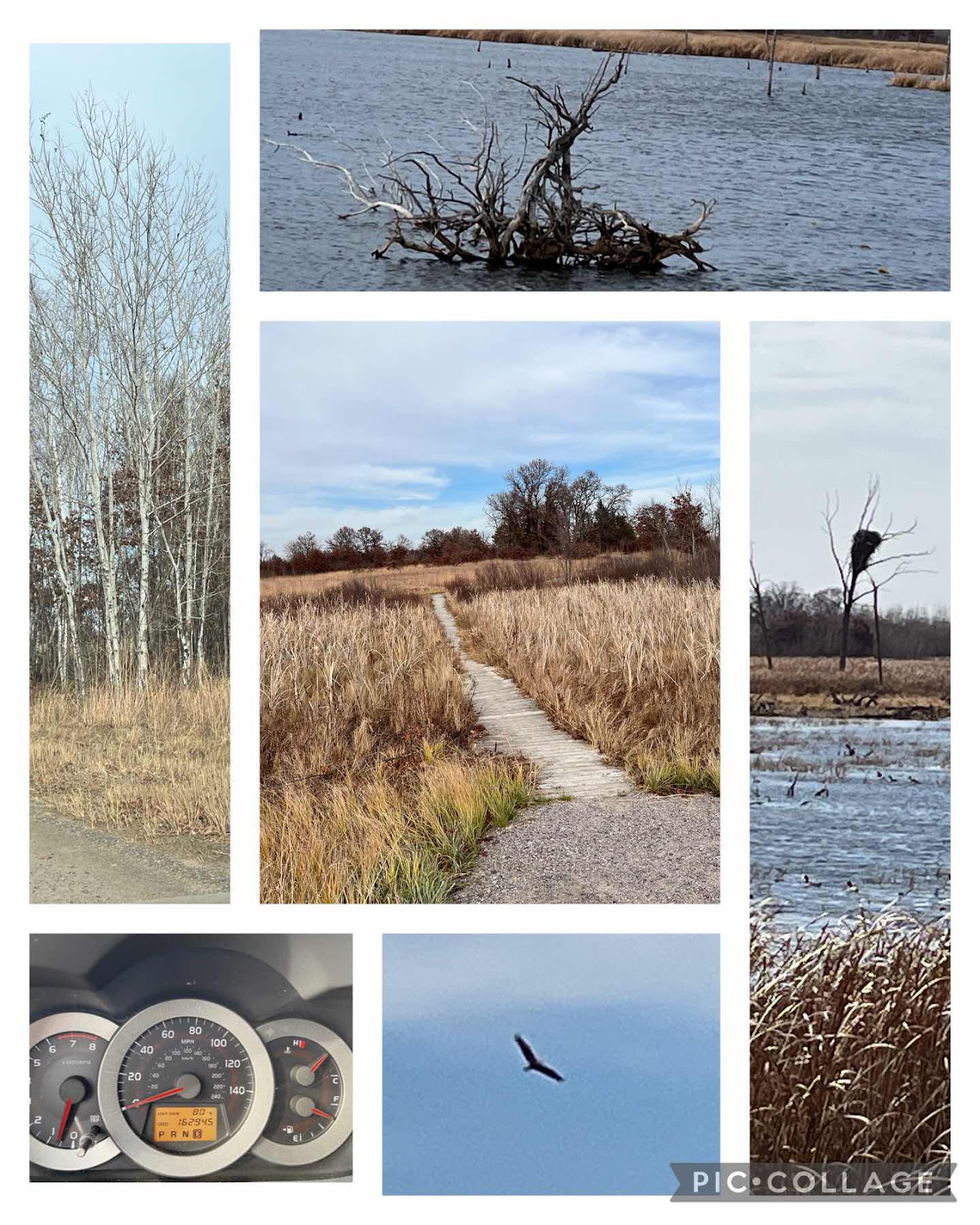 When I got back home, I learned that Patty & Roger had a car accident in Casa Grande and neither were hurt but their truck appears to be totaled.  That is not the kind of news that I like to hear.

Posted by Bridge Coast to Coast Saga at 6:07 AM