UWednesday, October 12.  Happy Birthday to my dear friend, Hoovey!
I arrived at Bob's house in KC around 3:00 and got set up in my usual parking spot. Later on, he and Penny had an appointment, so he dropped me off at Rita's and we visited until it was time to go to Waldo's Pizza.  Stella, Josh, and Barley, Aaron, and Bob and Penny all had dinner together and Joel stopped by so Lincoln and Harlow could say hello too.  It was a pleasant, although short visit with the family - to be continued at another time, probably next summer.
Rita picked me up Tuesday morning and we headed for Costco, then Brookside to do some shopping (lots of little boutiques and a modern day dime store) and we had lunch at Charlie Hoopers Bar and Grill.  When we got back to her house, we laid down on her king sized bed talking, then both fell asleep for a nice nap.  Bob picked me up and we went back to his house and when Penny got home from work, we all had a nice dinner together. 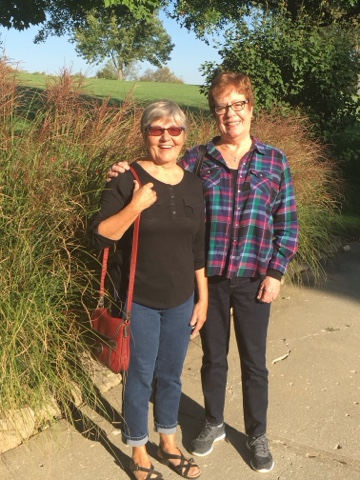 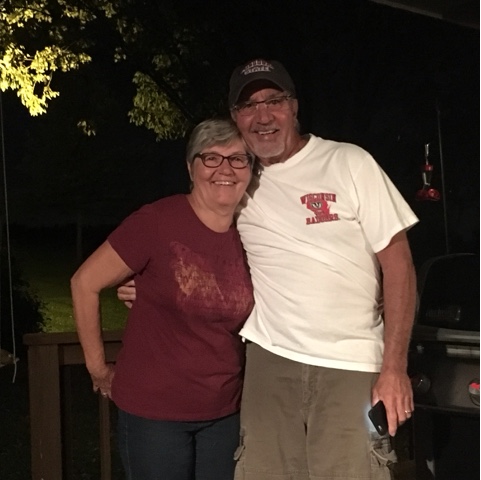 I was on the road by 8:30 Wednesday morning in order to meet Randy and Julie in Joplin for lunch at Cracker Barrel - they drove from Springfield so we could hook up - how nice is that?  Our lunch visit was very nice and then they headed to a nearby casino and I headed west on the Will Rogers Turnpike.  I only drove as far as Claremore because it would be another 2.5-3 hours to the next KOA.  It was a rainy drive, sometimes visibility was poor, and I saw several accidents along the way.  No problem stopping sooner than I had planned.
Friday, October 14.  I spent last night at the KOA in Amarillo, TX, after about a 7-hour drive, and I was ready for a break.  While setting up, a couple from St. George, UT stopped to chat about small rigs like mine.  They had just bought a Casita and were interested in hearing about my experiences.  Everywhere I go, people stop to comment on my trailer and that happened a few times on this trip as well.
Today's drive was uneventful, thankfully, and I stopped at the KOA in Grants, NM because of what a nice place this is.  They serve home-cooked meals and some of the best pies.  I ordered the turkey dinner and it was delivered to my site, steamy hot and delicious.  The grounds and facilities are well maintained, the staff is friendly. And there is a nice nature walk through the desert with mounds of black volcanic rock scattered all over the place. I love it and will stop here whenever it works into my schedule and route. 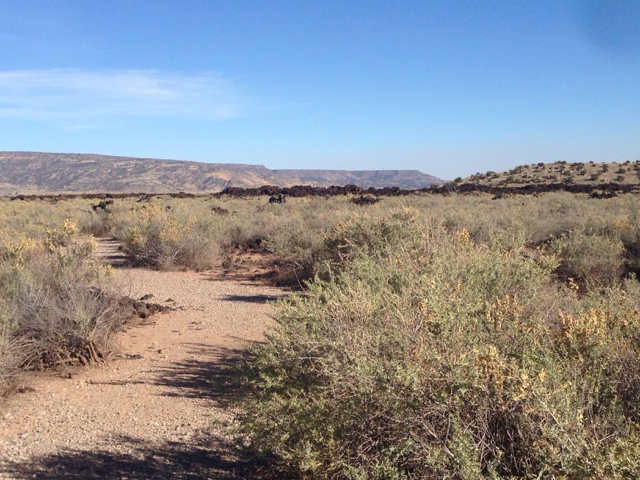 Sunday, October 16.  I was on the road by 8:30 yesterday morning and it wasn't long before I crossed over to the Arizona border and I pulled in front of my house at about 2:30 pm.  It is still standing, no worse for wear.  Naturally, there is a coating of dust on everything and the debris from the trees in the back yard needs to be cleaned up but I will approach it slowly. No sense in hurting myself by taking on too much at one time.
I unloaded the trailer - wow, that thing holds a lot of stuff - and then the car (Spotted Cow beer, a box of "in case" stuff, a suitcase full of off season clothes, the grill).  Several neighbors and Connie came by to say hello and welcome me back.  I warmed up my left-over turkey dinner and went to bed early (according to the Arizona time zone) because my body was exhausted.
Today, I continued putting things away, doing laundry, and running a few errands - a stop at the grocery store for meat and fresh produce, and the pet store for Frisco food.  I roasted a chicken for dinner, enjoyed a cocktail, and walked the park loop after dinner.  Home Sweet Home!
Posted by Bridge Coast to Coast Saga at 5:43 PM