Wednesday, September 20.  There hasn't been much to write about this week.  It is all about preparing for my upcoming moved getting ready to head back to the southwest.  I have started going through my clothes - there are always items that haven't been worn, probably never will be worn, that can be purged.  Already, I have 2 grocery bags full and a Christmas tree to be donated.

At Micro Center on Monday morning, I purchased a Roku streaming stick and an indoor HDTV antenna, and got them setup.  I can now get local TV stations and can stream movies and music with the Roku.  Yay!

My car got a change of oil and I got injections to prevent me from getting the flu or pneumonia.

I made a pot of Zuppa Tuscana to take to Ben's for dinner on Monday.  They were out of town for the weekend and I had after school pickup duty, so I thought it would be a nice gesture.  It was much appreciated and everyone liked it - and that makes for a happy Grandma Rose!

Saturday, September 22.  Packing and organizing have been the daily events around here this week.  Again, I have a corner of the living room marked with the dimensions of the storage unit and my stuff is being stacked in there.  I have no doubts that it will fit but it will take some creative stacking.

After school yesterday, I picked Camille and Norah up after school and brought them to my house for a sleepover.  The raspberry bushes were magnetic - drawing them in for a snack every chance they got.  It wasn't long and they had changed into the one princess dress that I have and then I had to dig out a swimsuit coverup for the other to wear.  I made up the hide-a-bed for all three of us to sleep on and we watched some Peppa Pig episodes before turning in.  And it got kind of crazy a few times because they just can't keep their hands or feet off of each other.  A couple of times, it was really quiet and I thought they might even be sleeping but one would giggle and they would both get going again.  Again, quiet, and a hand or foot would get too close and it would all start up again.  No wonder Ben and Jill have them sleeping in separate rooms.

It was a hot night and I had both fans blowing on us.  I finally moved to the bottom of the bed and slept crosswise on the bed.  I did sleep, eventually.  And then, just as it was getting light outside, Norah woke up and announced that daytime was here and it was time to wake up.  We had French toast for breakfast, walked to the playground at the school, picked berries for a snack, and did art projects until it was time for them to ego back home.  And then...I took a nap. 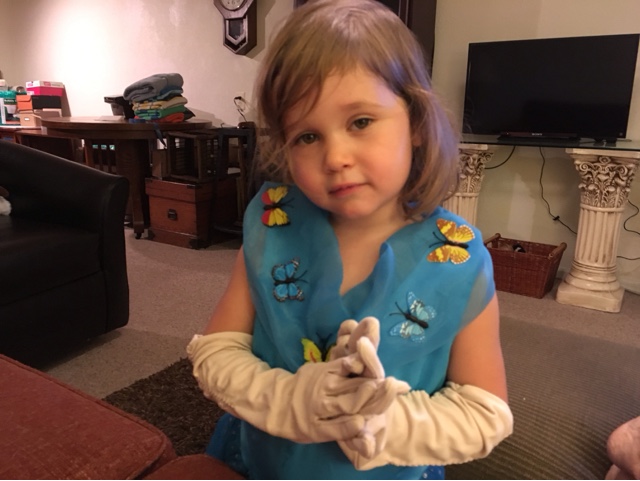 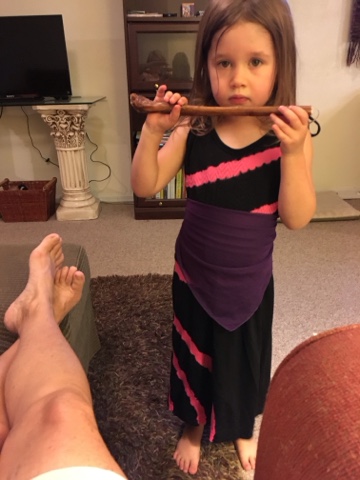 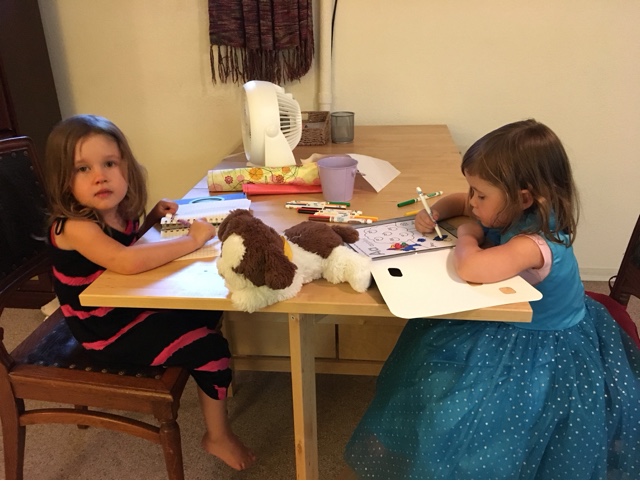 Posted by Bridge Coast to Coast Saga at 6:20 AM