LWednesday, September 28.  Well, it's my final week of living in this apartment and I have gradually been packing and stacking everything.  I had to upgrade the size of the storage unit that I rented after marking off the dimensions on the floor and going way beyond the marks - I think everything would fit, but it would take some very creative stacking.  I've also had to make 2 trips to Home Depot for boxes - I was unable to find any freebies or giveaways on the Next Door website.

I made a batch of raspberry jelly, using up the berries that I have been picking and freezing.  It turned out just great!

I've been meeting Camille and Norah after school again this week, taking the pressure off of Jill to get there on time and end her workday early.  On Monday, about half way to their school, I spotted an albino squirrel and snapped a photo.  Fortunately, on the way home, the girls were able to see it too. 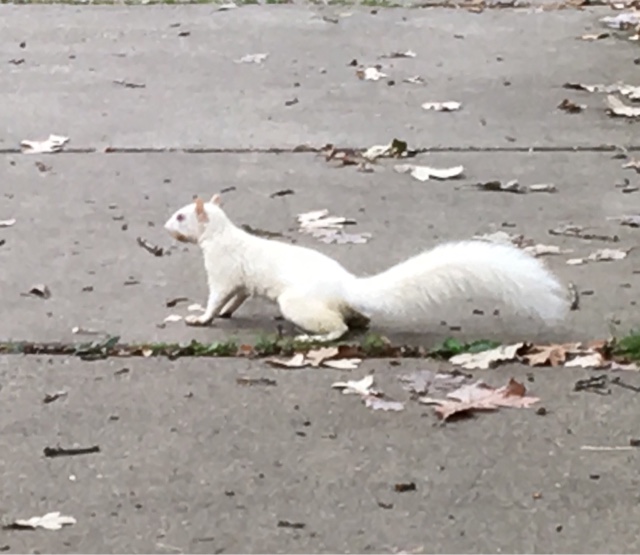 Saturday, September 30.  What a way to end the month - moving. It seems like that's all I do these days.  So now, I'm right back where I was in June of 2005 - my (ours back then) stuff in storage and living out of an RV.  We shall see how long it will be this time.  The move went well, just as I expected - after all, I had everything packed and stacked and ready to be hauled out. 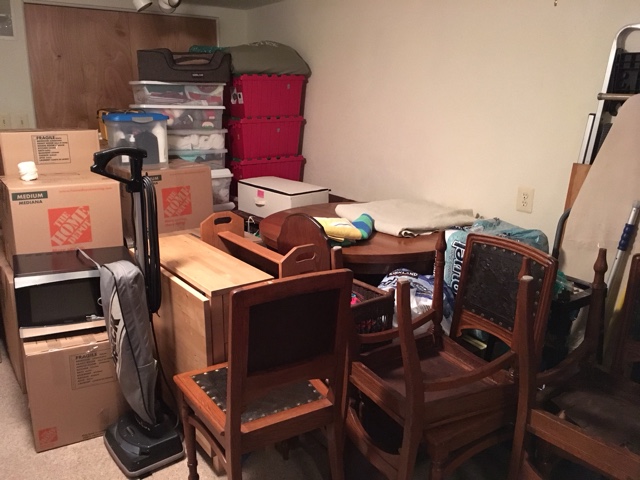 I picked up the truck (it was free with the rental of the storage unit) and was back at my apartment by 9:00.  Dustin, with Go2Movers was there when I arrived.  He and his 2 helpers got busy and had the truck loaded in an hour. They are efficient and proficient - I would highly recommend them to anyone.  When we got to the storage unit - same thing.  I paid him $200 and gave each of them. $20 bill and they were on their way to the next job and I will definitely use them for my next move.  What did I just say? Oh yea, I have to do this again this spring.

I moved the trailer out of storage on Thursday and it is parked at Kevin's - across the alley from Ben's.  It took me several attempts to get it in the spot - a 90 degree turn, but I did it!  I'll have to restock his supply of Dewars for the use of the space - it is so worth it to me.

I'll be spending the next week at Ben and Jill's.  Maybe we will actually have some time to chat, as we really haven't spent that much time together over the summer.  The girls take up all of their time and even when I was here for dinners, it is followed by bedtime prep and I was usually tired and ready to go home by then.  After Norah and Camille's birthday party next Saturday, I will put the Gypsy in tow and be on my way to meet up with with Tom in Colorado Springs. The closer it gets to that time, the more I'm looking forward to being with him again.

Posted by Bridge Coast to Coast Saga at 5:48 AM