Saturday, December 23.  Again, it's been almost a week since I have updated.  It has been a week with a couple of cleaning jobs, one of which I got an extra $50 payment.  Nice folks - then I usually end up doing a few extras for them like computer help and pounding in stakes for an outdoor Christmas display - not really deserving of a big bonus though.

Tom and I got back from our camping trip last Sunday afternoon.  It was cold and wet packing up - 38 degrees when we got up and it rained through the night - I'm not complaining - it is really needed around here.  We got back around 2:30 and got the trailer unpacked and laundry started.

I spent Monday finishing up with getting gifts mailed off to MN and WI. 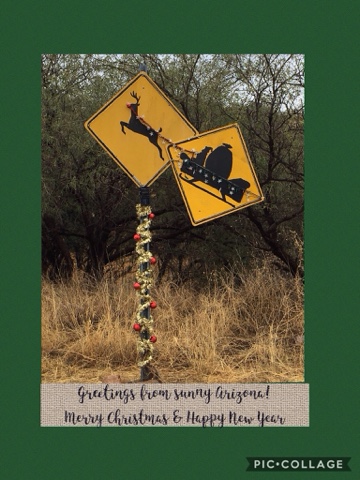 I had cleaning jobs on Tuesday and Wednesday, and a much needed haircut on Wednesday afternoon.  My final HCC meeting as secretary (a 3-year stint) was on Thursday afternoon. I was happy to hear that a replacement was found for those duties, as well as my duties as official shopper, responsible for keeping the clubhouse supplies well stocked (done for the last 6 years).  Tom has been acting as an area representative for the past 2 years and will no longer be doing that job either.  We're retired from Highlands jobs!

Thursday was the day to prepare our Christmas gifts of Apple Butter that were going to our local friends.  The batch turned out excellent!

I got photos and videos of the grandkids performing in their Holiday concerts and was sooooo moved.  Naturally, I have watched them over and over during the past few days. 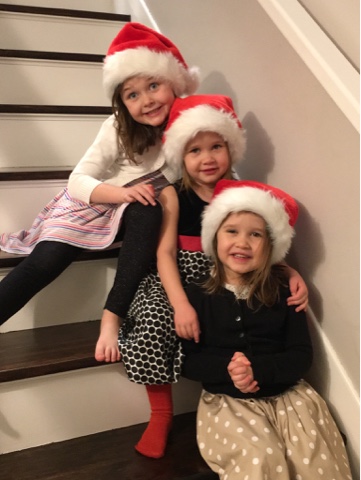 Last night, Tom and I went out for a very nice Christmas dinner (decided not to exchange gifts) at Rodizio Brazilian Steak House.  We started with the salad bar and were nearly full before we even got any sides.  These entrees were unlimited and the meats are served at your table - servers with swords full of grilled meats (lamb, steak, sausages, glazed, Parmesan crusted and bacon wrapped chicken) that were sliced as ordered.  Also, a server came by with grilled pineapple that was so sweet and yummy.  A very nice dinner!

As we were leaving the restaurant, we saw a strange light in the sky, it looked much like a UFO or a meteor.  What on earth?  I wasn't able to get a photo but found one online.  It was the SpaceX satellite that was launched from Vandenberg Air Force Base north of Santa Barbara, CA. The Iridium-4 is the fourth set of 10 satellites in a series of 75 total satellites that SpaceX will launch for its global satelllite program. Phoenix fire department reported, "We were told it was indeed the SpaceX Rocket launched from Vandenberg Air Force Base."  I feel fortunate that I was able to see it. 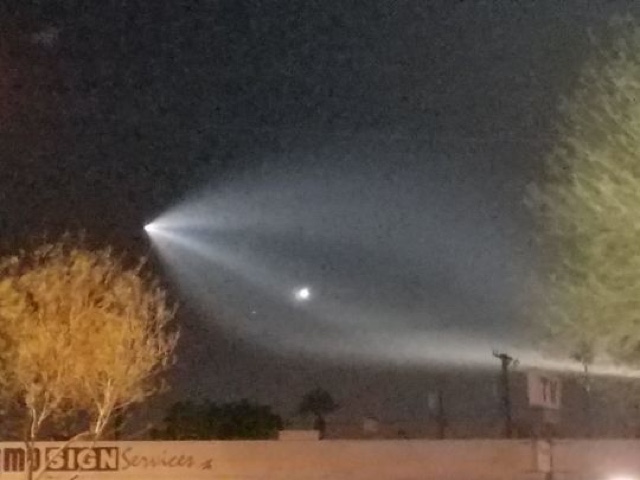 When we got back home, we dressed in warm layers and headed out for our nightly walk with Frisco.  We wanted to see if we agreed with the Christmas Lights contest winners - we both would have chosen other entries.  We also wanted to see Santa and his Mrs who were roaming around the community between 6 and 8 pm.  It was our HCC president, Dave, and his wife, Debby.  We could hear them a few blocks away, having a jolly old time as they stopped here and there and wished folks a Merry Christmas.  I think they must have gotten an early gift of something with alcohol in it.  They were definitely having a good time. 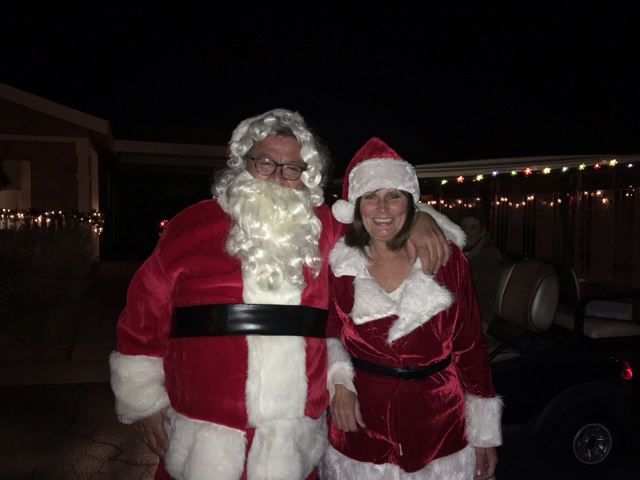 Sunday, December 24.  It was a nice day of several phone conversations, a FaceTime one with Ben's family as they were traveling to Defiance, IA to Great Grandma Quinn's house, some nice walks through the neighborhood, and a fun gathering with friends at Arlene's house this evening.

Since moving in with Tom, I have realized that his oven just isn't right. I burned the pumpkin pie that I made for Thanksgiving.  That led to some experimenting to determine the problem and we were successful in getting a few things to turn out right - pizza, a couple of batches of cookies, and today, a mincemeat pie. Unfortunately, the traditional cranberry cake that I made burned to a crisp on the top and was undone in the middle. Grrrrrr!

Christmas Eve at Arlene's house was lots of fun, as usual.  We played the Right/Left Christmas game and I was able to find a pretty cool Detective Christmas story to read.  The food was yummy - chili and cornbread plus lots of other goodies.  Speaking of goodies, we had a goodie exchange instead of other types of gifts.

When we got back home and I was changing my earrings while standing at the bathroom counter and I dropped one of my diamond earrings down the sink drain.  It was a diamond stud that I have been wearing almost constantly since Mike gave them to me for Christmas about 20 years ago. I could see it in there, kind of resting on the stopper and I was able to grab it with a tweezer but then dropped it again.  I told Tom about it and he took the drain apart and recovered it for me the next morning.  What I guy!

Posted by Bridge Coast to Coast Saga at 6:51 PM