Monday, February 19.  The weather is supposed to be snowy and is under a winter snow advisory.  Wouldn't you know, it's my travel and I'm a bit uneasy, although I know that people around here take it all in stride.  I made a reservation for an Uber pickup at 3:00, just in case - my flight is at 6:00.

Ben and I took Charlotte to "the Works", a kids discovery museum with lots of blocks and things to build, silly mirrors and stuff like that. She had lots of fun. We stopped for lunch at Broder's Cucina, just a couple of blocks from their house, for and my meatball sandwich was yummy. 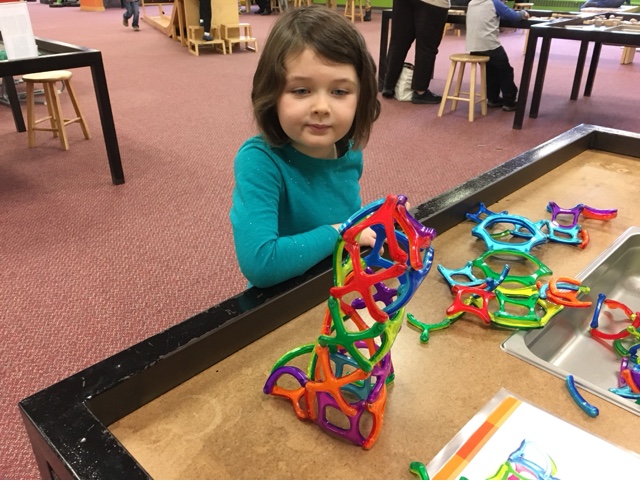 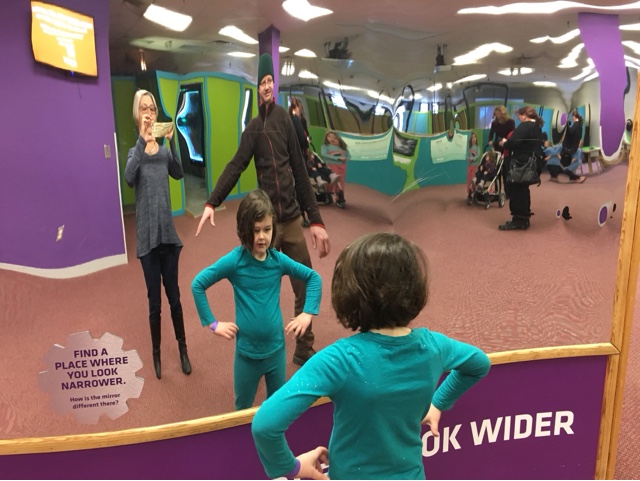 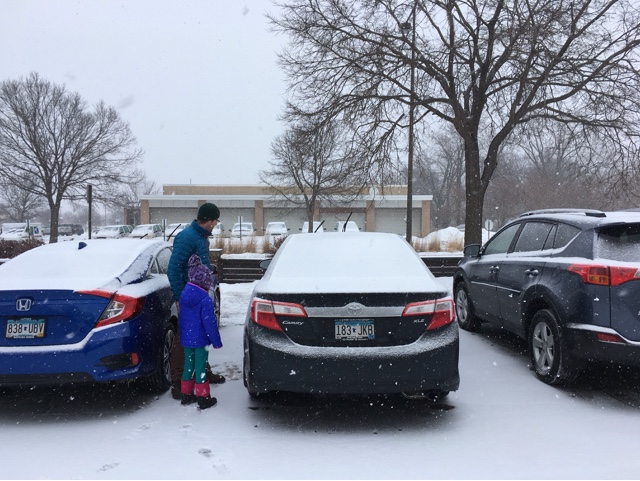 I said my goodbyes and my Uber driver showed up right on time and got me to the airport in plenty of time. I was all checked in ahead of time, so getting throughnsecurity was no problem.  I no more sat down and looked up at the screen to see my flight was delayed a half hour and then shortly after that, another half hour.  When we finally boarded, we sat on the tarmac for another hour while the plane was de-iced - three times. My plane landed at 11:00 and Tom was right there to pick me up. It sure was nice to see him again!

Saturday, February 24. It was right back to my cleaning jobs this week, starting on Tuesday morning, although my client gave me some slack and let me have a later start.  That was nice, because I was too wound up to get to sleep for a long time.   I was happy to be back in Tom's arms.  We missed each other.  And Frisco too, although I knew he was in good hands.

We hadn't been to a TGIF here in the park for a long time and Friday night, it was hosted by Jan and Jim, so we signed up and went.  They made pork chops with pineapple and strawberry chipotle sauce and, as usual, they were yummy and the side dishes contributed by residents were good too.  Dinner was followed by Karaoke, Tom went home early and I stuck around for a little while. Bruce, Jim, and Dan were the best performers, although they sang old and slow country songs.

Tonight, we had Jim and Sue and Connie over for pizza, salad, and Farkel.  It was fun with lots of lively discussion and plenty of laughter.

Posted by Bridge Coast to Coast Saga at 4:36 PM