Thursday, April 19.  We drove to Casa Grande today to meet up with a dear friend and classmate of Mike's, Jim and his brother-in-law, Pete.  It's been about 3 years since I have seen either of them and Tom got to meet some more friends of mine.  We met at the Olive Garden and had some great conversation and a good lunch.

While we were in the restaurant, the wind picked up speed and it made for a dusty drive back to Mesa.  My sinuses have been feeling the effects of the high winds and blowing dust a lot lately. I've been feeling very tired and having some respiratory problems. 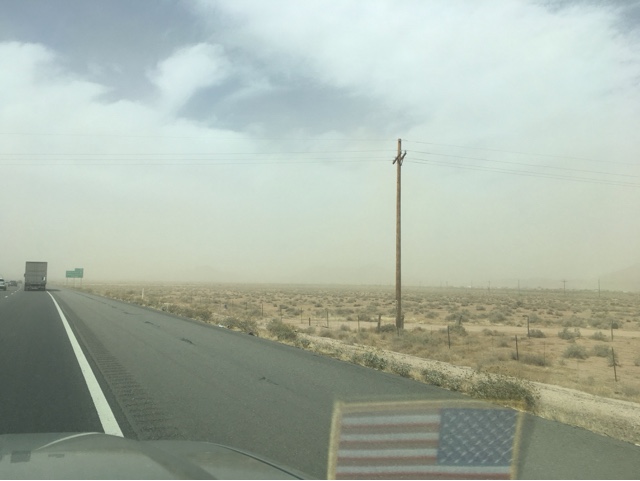 Tom volunteered to be the designated driver for Connie, Kathy, and I onTuesday night when we went to the annual show featuring Dale Watson and Miss Celine Lee at the Rhythm Room.  The show was excellent, although Dale did get on a rant about a nightmare that he had about his crooked pompadour, and a few people were shouting for him to play music instead of talk.  He played a good variety and a couple of duets with Celine. 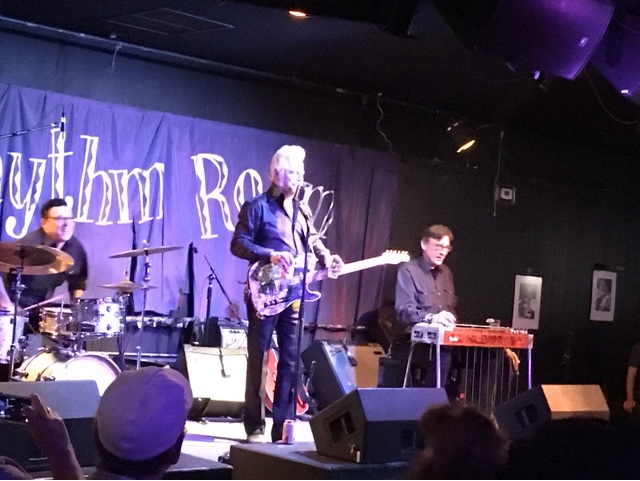 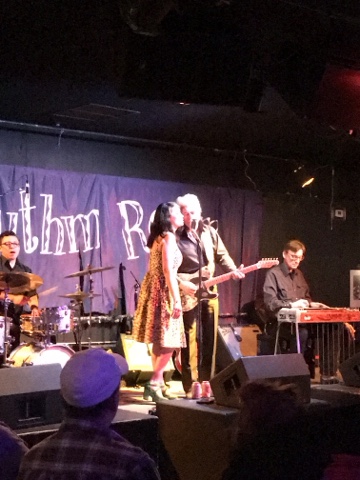 Connie gave me a few photos that she took back in 2014 when we went in a road trip from San Francisco to Minneapolis, so I put them in this collage. 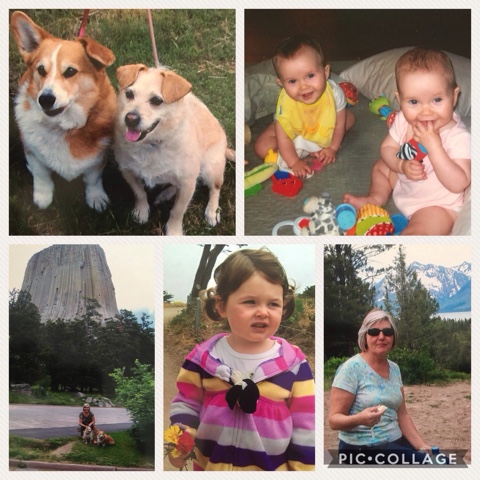 Sunday, April 22.  Tom surprised me with an early birthday gift - he couldn't wait for another week.  It is a cute pair of silver and abalone earrings and I was able to wear them when we went on to a birthday party for Veronica, a friend and former co-worker of Tom's.  I didn't know anyone but had a nice conversation with a young couple, met Ron and Mary, and the only other folks that I knew were Manuel and Linda, so we hung out together for a while.  The food was yummy - smoked pork, beans, potato salad, Apple sliced dipped in a cream cheese, nutty spread, and cheesecake with blueberries.  Mmmmmm good!  A piñata that looked like a space ship hung from a tree in the back yard and provided lots of good laughs when folks took turns whacking it to get it to break. It was filled with goodies including candies, maracas, and little booze bottles.

This morning, we met up with Ron, Manuel, and Linda for breakfast at TC Eggington's and the breakfast was yummy. It's the last time we will see these folks until we get back here in the fall.

We strolled to the pool this afternoon and hung up with Kathy and Jeanne for a while.

Posted by Bridge Coast to Coast Saga at 3:26 PM