Saturday, April 7. I have a few good things to write about this week.  First, Taco Tuesday at Sharkey's with Jim and Sue, followed by music and some dancing in the courtyard at Val Vista Village for a couple of hours.  A pleasant evening and then we said goodbye until we meet again next summer somewhere in Wisconsin.

A young gal came to look at my trailer on Wednesday and she absolutely loves it. She lives in Minneapolis and will be traveling solo. The drawback is that she doesn't have a vehicle to tow it with.  She said she would let me know on Sunday, one way or another. I'm hoping she comes through, as I would feel good about Gypsy going to her.

Thursday night was special. We went to the premier of "Imaginary Bullets", a 15-minute short film starring Tom's Grandson, Lakin, at the Alamo Draft House Theater in Chandler. He had a leading role and I'm sure that his family was all very proud of him. I felt proud to be included in the event.  After the movie, the writer/director, Sean Oliver invited the two major actors, Lakin and Harley up to the stage for a question and answer period. Lakin is a natural actor he fielded questions like a trooper, not afraid to be up in front of an entire theater full of people. He is quite the kid and a real cutie with the most expressive eyes!  I feel that he may go far in the field. 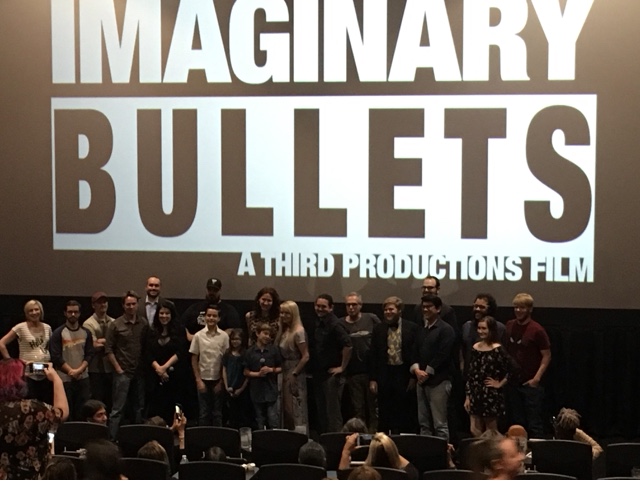 Lakin is in the center, left of the blonde gal.

On Friday morning after finishing loading the trailer, we were on the road and headed for the Mayflower county campground in Blythe, CA where we will spend some time with Tom's sister, Geri for a few days.  We pulled into our site and realized that behind us was a couple with 3 very large pit bulls, so we walked around and picked out a few other spots, called the office, and moved to a different site.  We are getting the setup procedure down pretty well and we're finished in about a half hour. 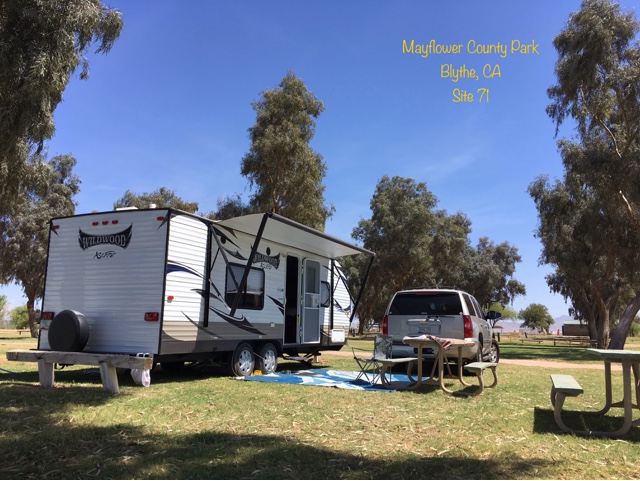 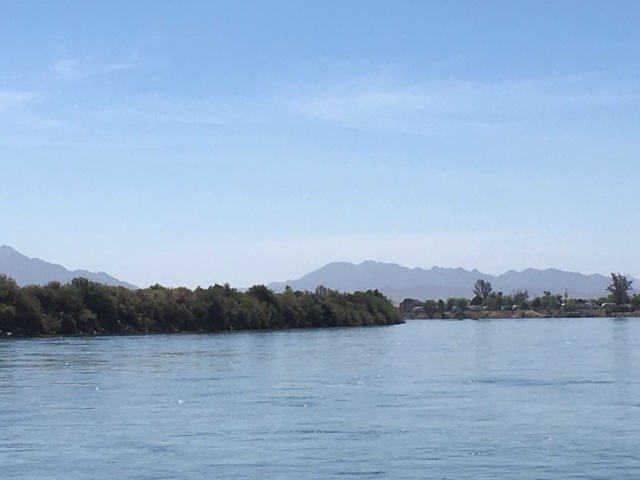 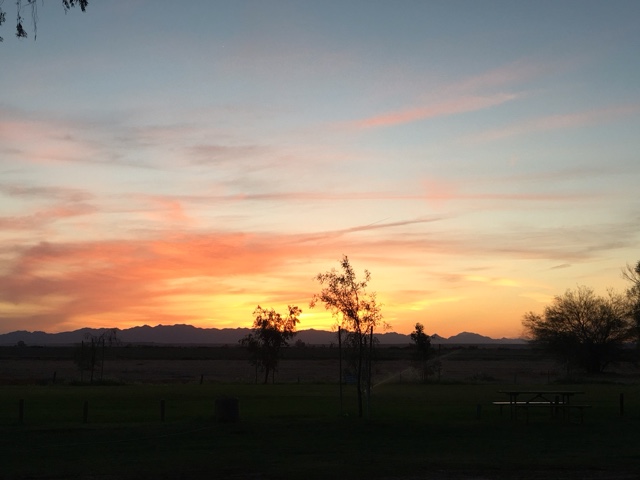 The plan was to meet up with Geri for dinner, but I flew off the handle, snapped a nasty response to something Tom said, and got all emotional and blew that plan all to hell.  We talked through it, but I didn't feel like going so Tom went by himself and I stayed home to settle down and recover. I hate it when that happens - not often, but it does.

Today went much better. It got up to 94 degrees today but our site gave us lots of shade and a pretty strong breeze most of the day. Geri joined us and we went for a walk about and then sat around talking the rest of the afternoon and played a game of Farkel too.

We fixed fried chicken, rice pilaf, and broccoli for dinner.

Posted by Bridge Coast to Coast Saga at 8:24 AM