Thursday, July 12.  Most of the week has been very typical for us, except for an early morning visit to the lab for blood work in preparation for my upcoming annual checkup and a little bit of shopping therapy.

Last night, Tom and I went to the Maple Grove Town Green to see a Billy Joel Tribute band.  We were unsure of what to expect so got there a few minutes after the band started and were unable to find a seat on the lawn where we could actually see the band.  There was no problem with hearing them. It was a beautiful night for a concert in the park. We left a few minutes early in order to avoid the traffic rush after the show - good thing, as it started to pour down rain just after we got to the car. 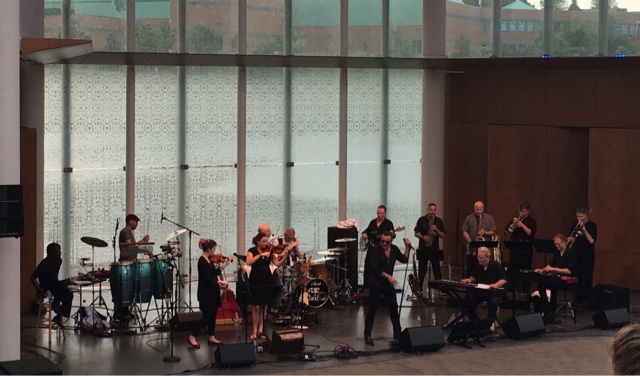 This morning, in spite of the temps being near 90 degrees and high humidity, we headed to the Crow-Hassan Park Reserve, about 11 miles north of here.  The reserve is part of the Three Rivers Park District, an area that covers 27,000 acres of parks and trails with 25 different areas for recreation.  We hiked about 3 miles along unpaved trails and roughly mowed paths through forest and prairie lands.  The flies and mosquitoes were thick when we first started out, so we both doused ourselves and our clothes with 100% DEET - I know, it's nasty stuff but it is effective and allowed us to finish the hike.  Neither of us could wait to get in the shower when we got back home - we were hot, sweaty, and covered with insect repellant.  Frisco was a trooper but I know it tired him out - the humidity must really affect him - I've never seen him pant as much as he did on this hike. Perhaps it was a bit too long for him. 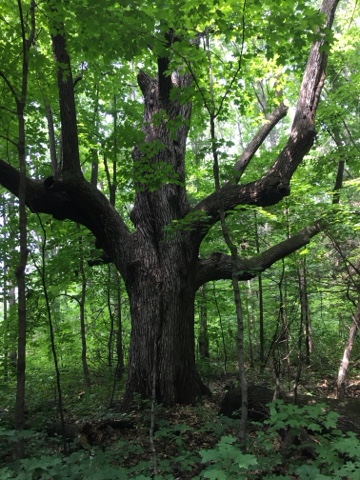 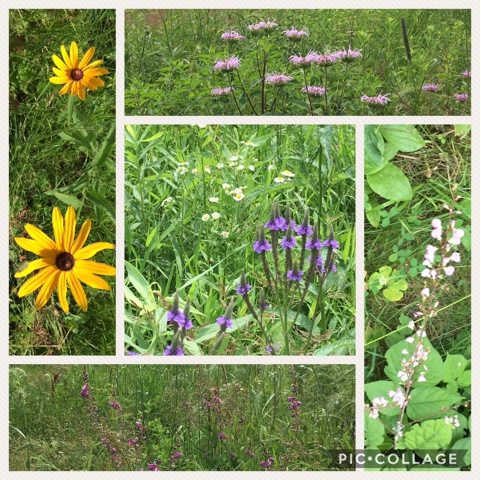 Posted by Bridge Coast to Coast Saga at 9:01 AM