Monday was rainy all day long but we did manage to get a good walk in before the sky opened up. Being cooped up in this small space is very limiting. I did some cleaning, made tuna salad, went through the cupboards and packed away some of my stuff. Later in the afternoon I went to Petsmart and Marshall’s. When I walked into Petsmart it was cool and raining and when I came out 10 minutes later, the sun was shining and steam was rolling off the parking lot.  Strange.
There was a threat of severe weather in the forecast for today but it was a pretty morning and we had no problem with our morning walk.  After that, we loaded up the laundry and headed for the laundromat.  There was an elderly couple there who had never used a laundromat before and they were friendly and eager to talk.  The poor woman was so crippled up from Osteoporosis, her back curved so severely that she could never lie flat on her back and she was missing several teeth.  Her husband was small and also was crippled on one arm - he did most of the work. After they left and took their stuff to their truck, he came back in and offered me some apples that he had picked from a tree of his.  I agreed to take a few but didn’t really need the whole box, but he insisted that I take it. It was starting to rain a bit when I walked with him to his truck and just as I turned to head back to the building it started to hail, fairly small 1/2” pellets were bouncing all around on the pavement.  Tom and I sampled the apples that were soft and not perfect and after one bite we decided to leave the box in the laundromat for others to use if they chose to. 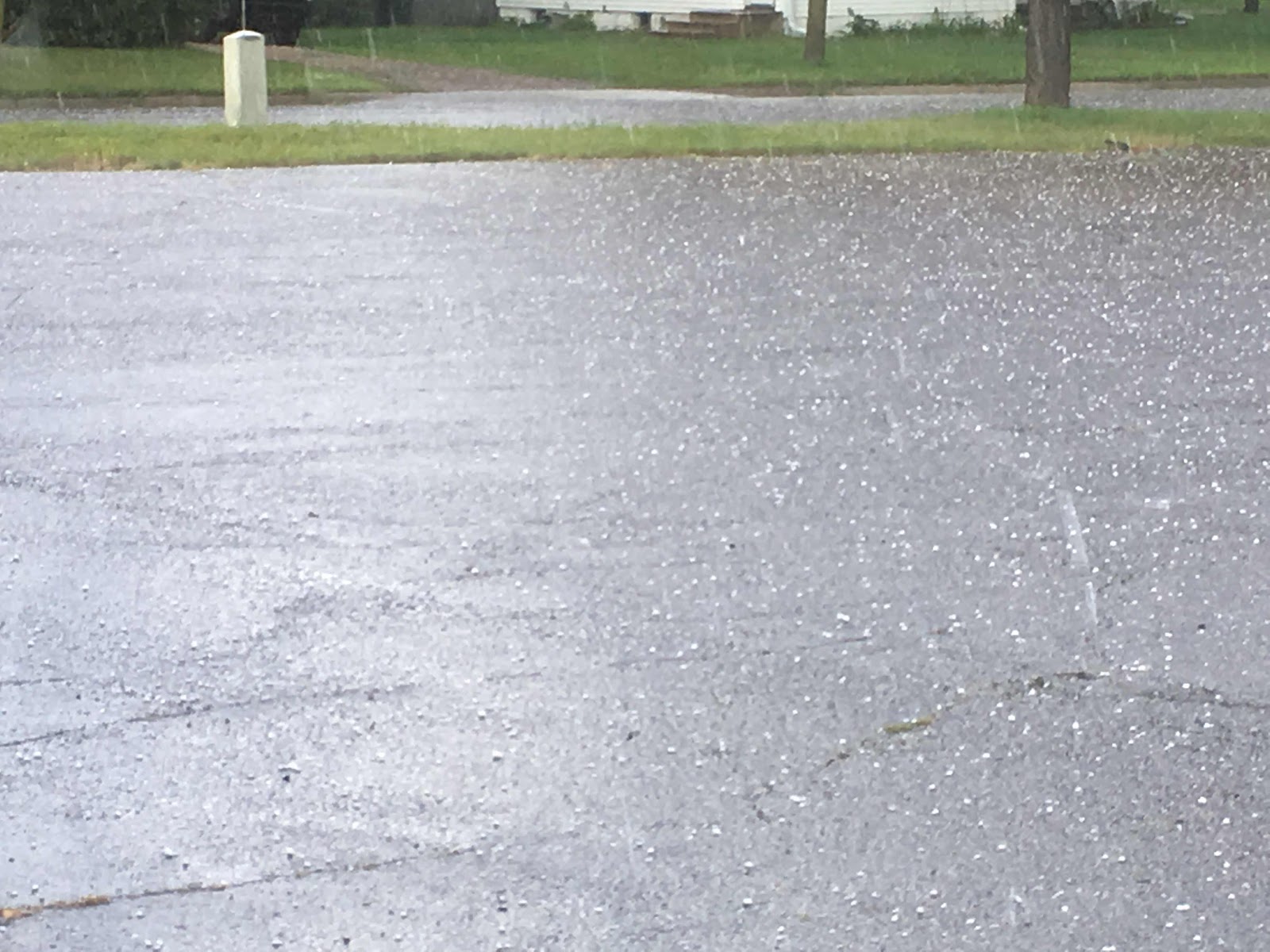 After laundry, we went to Walmart to pick up a few items and then stopped at Papa Murphy’s for one of their $10 Tuesday pizzas. After putting away the laundry and making the bed, we had our pizza and then headed out for another walk with Frisco. This time, we got caught in the rain but made it home before we got too soaked.
Posted by Bridge Coast to Coast Saga at 8:21 AM