I had conversations with both of my sons on Thanksgiving morning and then celebrated the holiday with my siblings and their families at Amber and Joel’s home in Lee’s Summit. The kids are growing up so much and I got to meet little Oliver, the son of Ashley and Chase for the first time - he is going to be 2 in February.  Amber and Joel’s home is beautiful and it was all decorated for Christmas. I didn’t get photos, so I’m hoping that others send me theirs.
Oliver, Brittany (background), Lincoln, Rita, Barley, Olivia, Stella 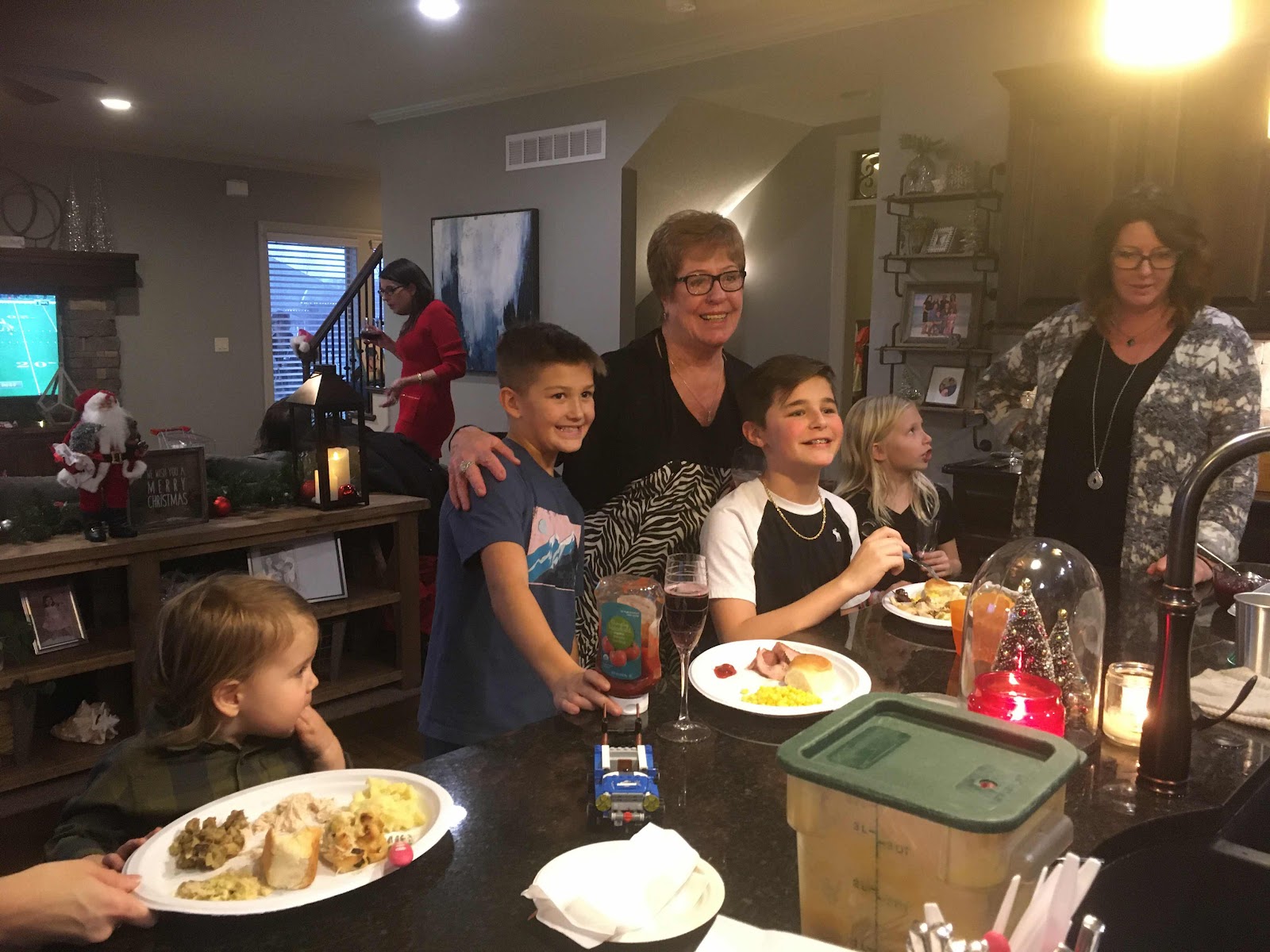 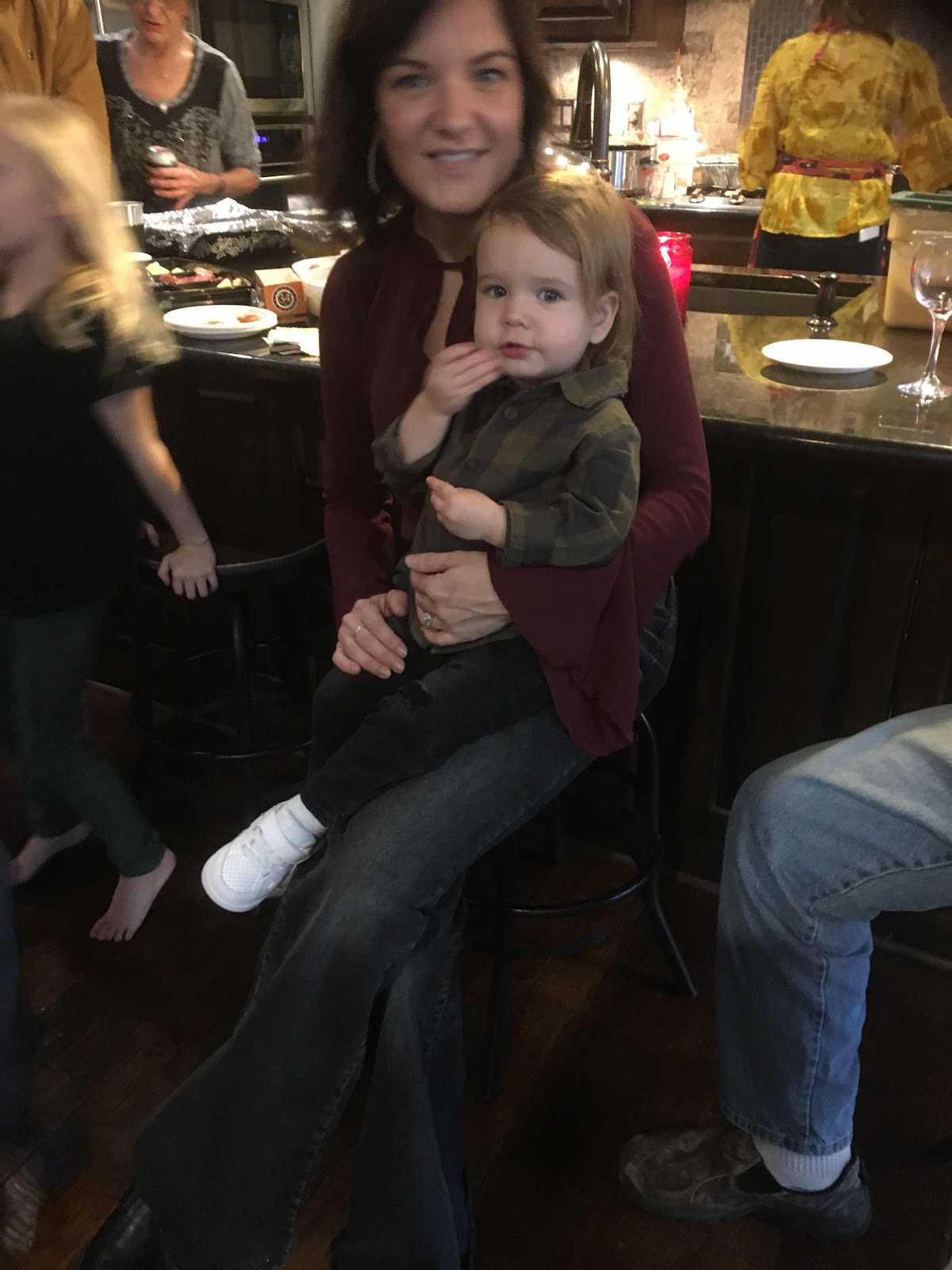 Rene gave her usual Thanksgiving blessing and and dinner was served. Everything was so tasty and everyone made a contribution.
I had planned to head to Springfield to see Randy and Julie and their families, but I learned that most of their kids were gone for the holiday and Julie had a weekend commitment, so the plan was changed and Randy decided to come and visit us on Friday. We had a quiet, relaxing evening watching Dolly Parton’s 50th Anniversary at the Grand Ole Opry.

My sweet sis, Rita and I watching Dolly
I went to Bob’s and hung out with him and Randy on Friday morning and then later in the afternoon, we all went to Stella and Josh’s house to hang out for a bit and to see their home - she had most of her decorations up, all but the Christmas Tree that they had just gotten that morning. And then we topped off the day with dinner at Texas Roadhouse. 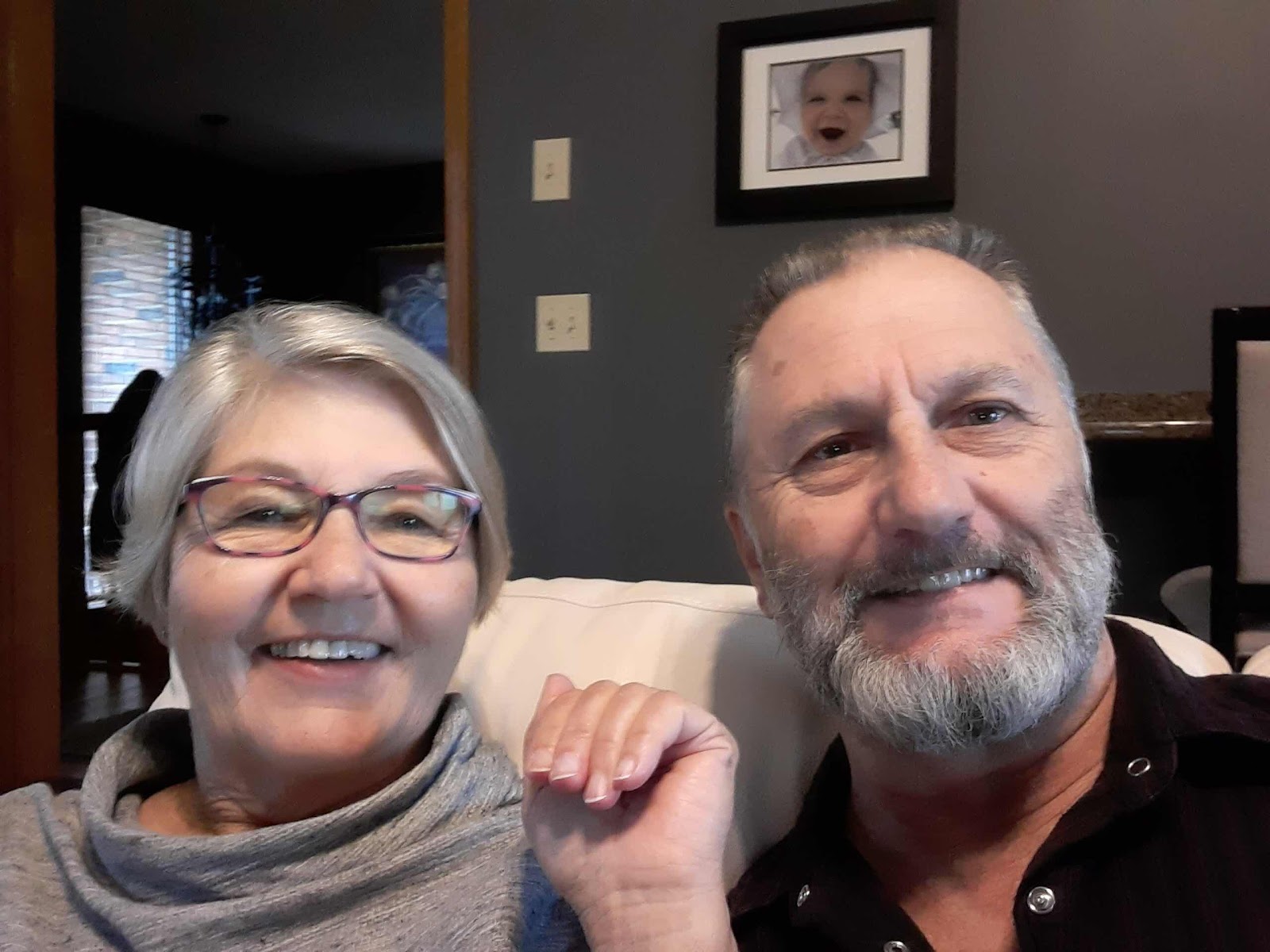 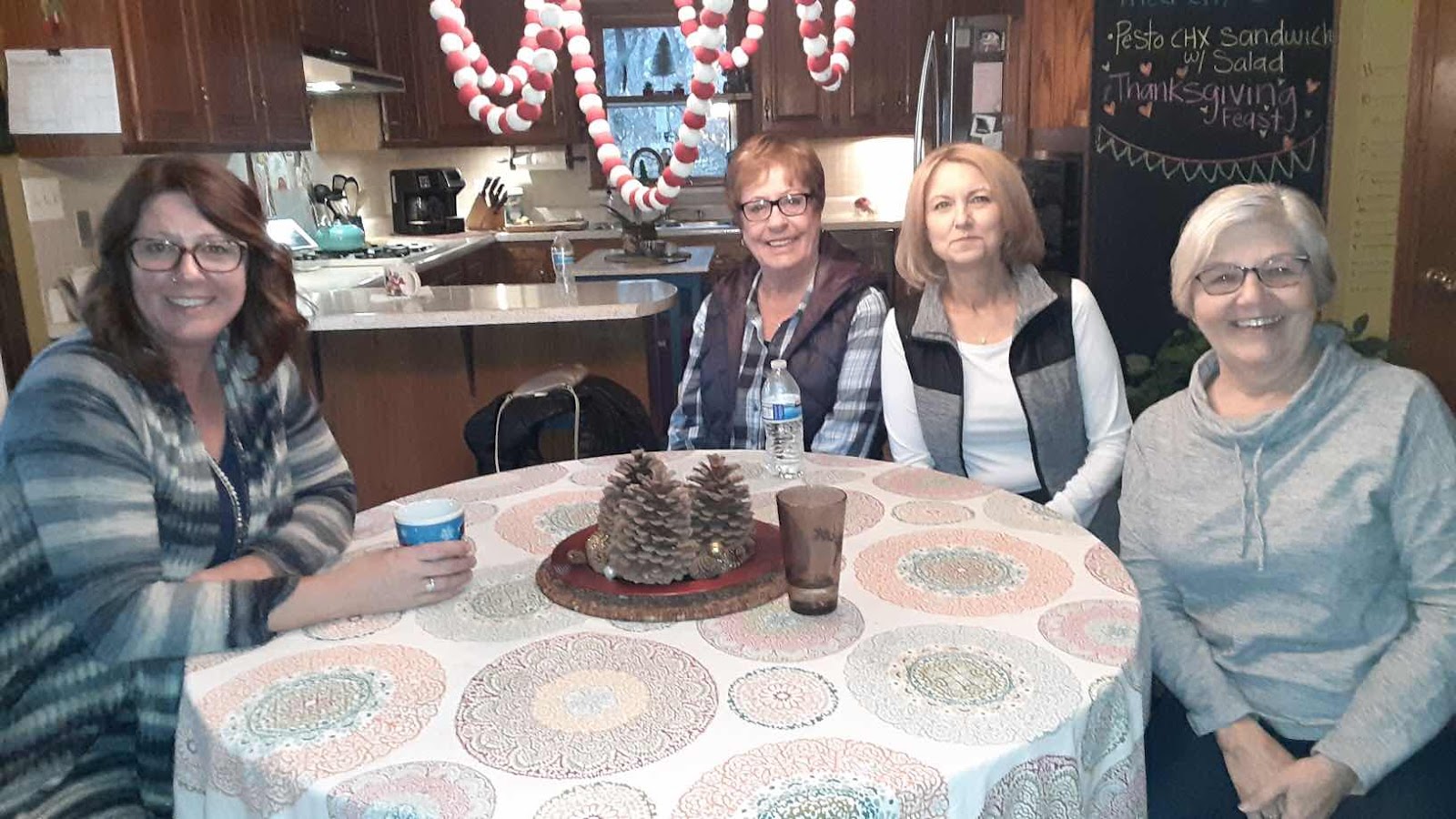 Stella, Rita, Penny, and I 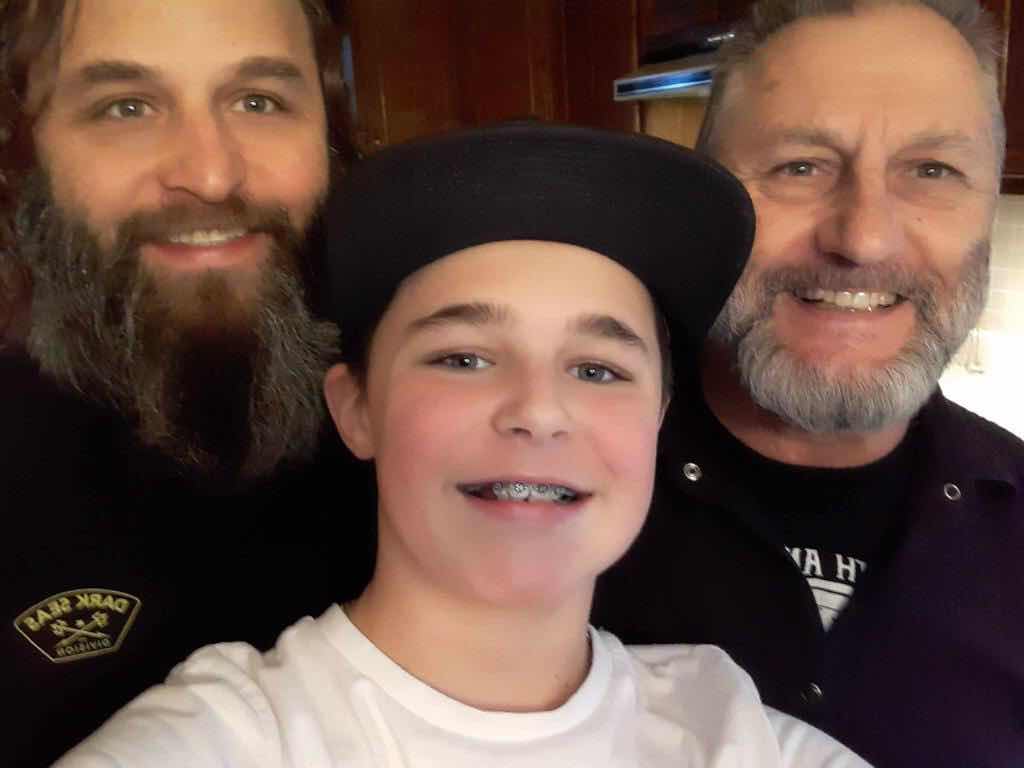 Because Randy came for a visit on Friday and the weather forecast for MN (a wintry mix for late afternoon and snow on Sunday), I decided to head back home on Saturday. That was a wise decision as I traveled through a light, misty rain and dense clouds the entire drive. North of Des Moines, I hit heavier rain and high winds. The farther north I drove, the more snow there was in the fields. Just south of the cities, the rain became more icy but the roads were still clear and then when I turned off on my exit, it was snow and the roads were covered from Tuesday and Wednesday’s snowfall. I patted myself on the back for timing the drive perfectly. 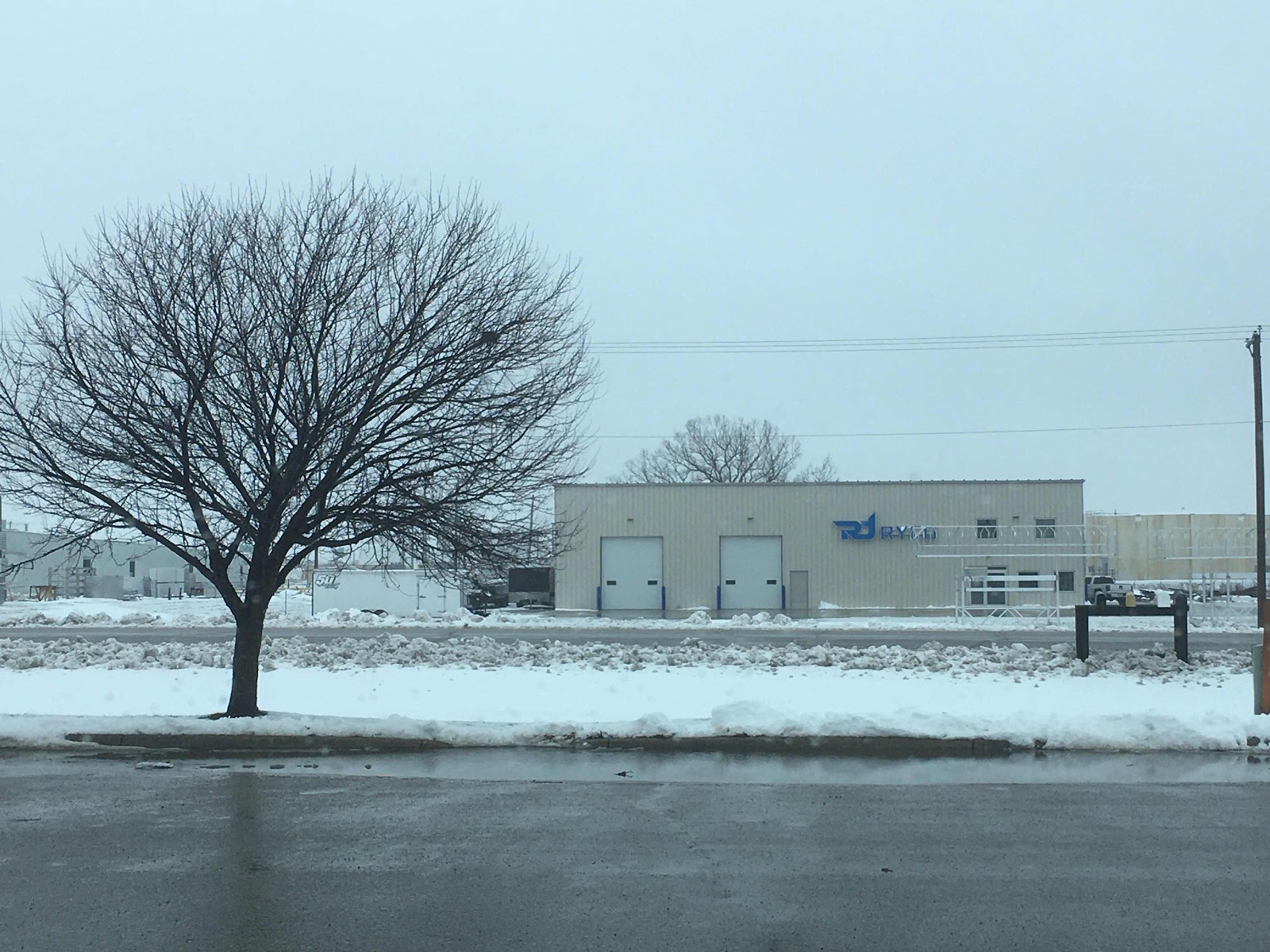 Posted by Bridge Coast to Coast Saga at 8:14 AM