My week has been a busy one, with something going on most days, starting with Tuesday when I was able to get my flu and COVID booster shots.  I’m not sure hey my brain was telling me that I had to wait to get the Moderna booster when my vaccine card showed that I had the Pfizer vaccine. The clinic in Bloomington that I went to for the flu shot was only giving the Moderna vaccine and they are not yet following the CDC guideline that says they can be mixed, so I ended up having to go to another clinic on Chanhasen to get the Pfizer booster. I had no side effects other than a sore arm for a couple of days.
Jill had to take Charlotte to a dentist appointment after school on Wednesday, so I went with Ben and met Norah and Camille at the bus and hung out with them after school.  Before going there, I prepared a sheet pan dinner of Teriyaki Chicken with Pineapple, Peppers, and Broccoli and I made some Peanut Butter cookies for dessert.  It was nice to hang out, do some homework, play card games, and have dinner with the family.
It have watched the two birch trees outside my window drop most of their leaves this week, as we have seen some nights get down in the 30s but the days have been beautiful and I have gotten some nice walks in. I awoke to frost on the ground on Saturday morning.
Monday Morning 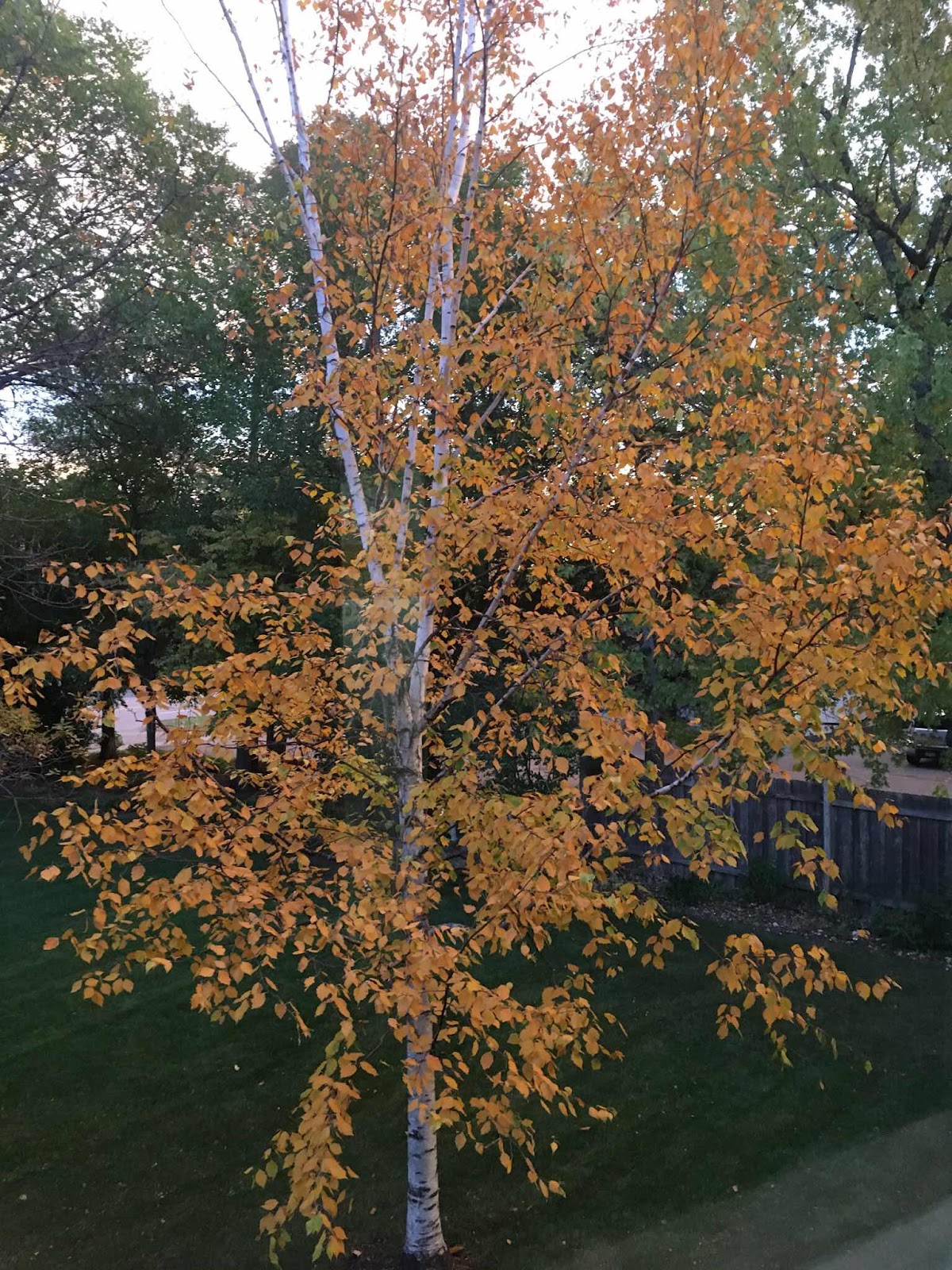 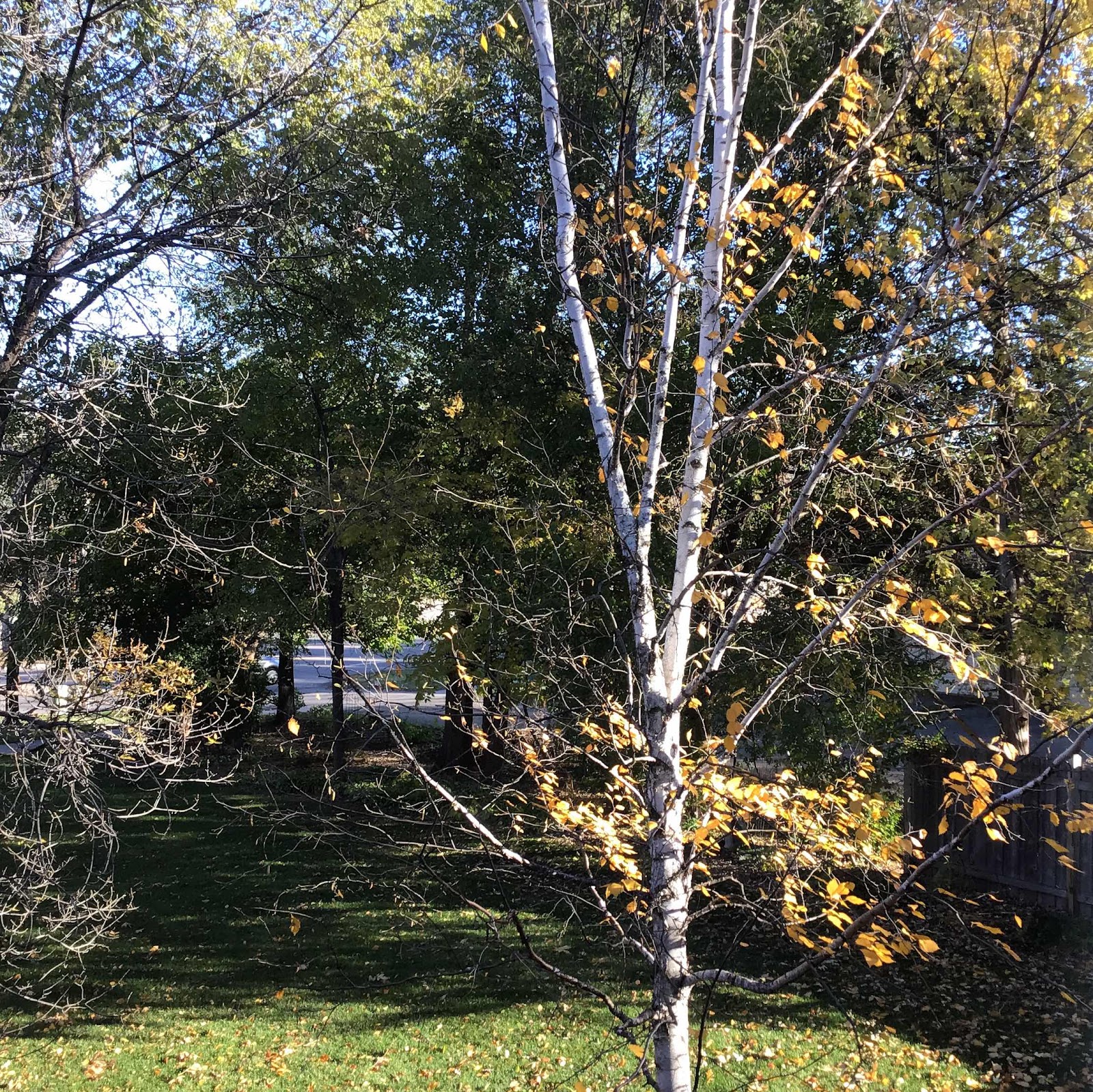 Mavis, Mary and I went out to dinner Thursday night to DiGideo’s Restaurant for some delicious Italian food.  The place has been around since the 1930s and was was founded by Joe “Kid Bullets” DeGidio, a successful bootlegger during the late 1920’s and early 1930’s. At one point he operated 12 stills in the St. Paul area. “Kid Bullets” parlayed his bootlegging profits and opened DeGidio’s Royal Bar at this same location when prohibition ended in 1933.  It was a favorite watering hole for many of the most notorious mob figures during Saint Paul’s famous gangster era.  Today, it remains owned and operated by “Kid Bullets” grandchildren as a family restaurant serving fine Italian food at reasonable prices.  We had a very enjoyable dinner and great conversation.
Ben and I have been meeting up on Saturday morning when the girls have Gymnastics class. Today, they were going to a birthday party instead, so I fixed breakfast for us and we had a nice, quiet visit over coffee and breakfast.
Last night, our community had Halloween party pot luck, the first event in a long, long time with a turnout of about 20 people, most of whom I have met before.  The club room was decorated nicely and there was a decent spread of food - chili, cheese, my cornbread muffins, potato salad and cake.  Some were in costume. The big surprise was that our mailman, Neil, showed up and he is a cheerful and fun guy to be around. He has been mailman here for so long that he has developed friendships with some of the folks. It was a nice, enjoyable gathering and I helped with the cleanup.
Posted by Bridge Coast to Coast Saga at 7:39 AM