It’s been ten days since I’ve written and I’ve got a lot of catching up to do.  There’s not much to write about last weekend, so I’ll just skip past that and on to this week that was quite eventful.  I met with the Stampin Up group on Monday afternoon and Pat brought a delicious Peach Cake and Cinnamon Ice Cream for the Hostess Treat.  I also received some items that I had ordered and immediately knew that the stamp pads were going to be useless to me.  One was way too large and the other was a duplicate of some that I was just given by Judy - so I have dealt with out distributor to get them exchanged and my credit used.  We made some cute cards this time, so don’t be surprised if one of these is in your mailbox one day. 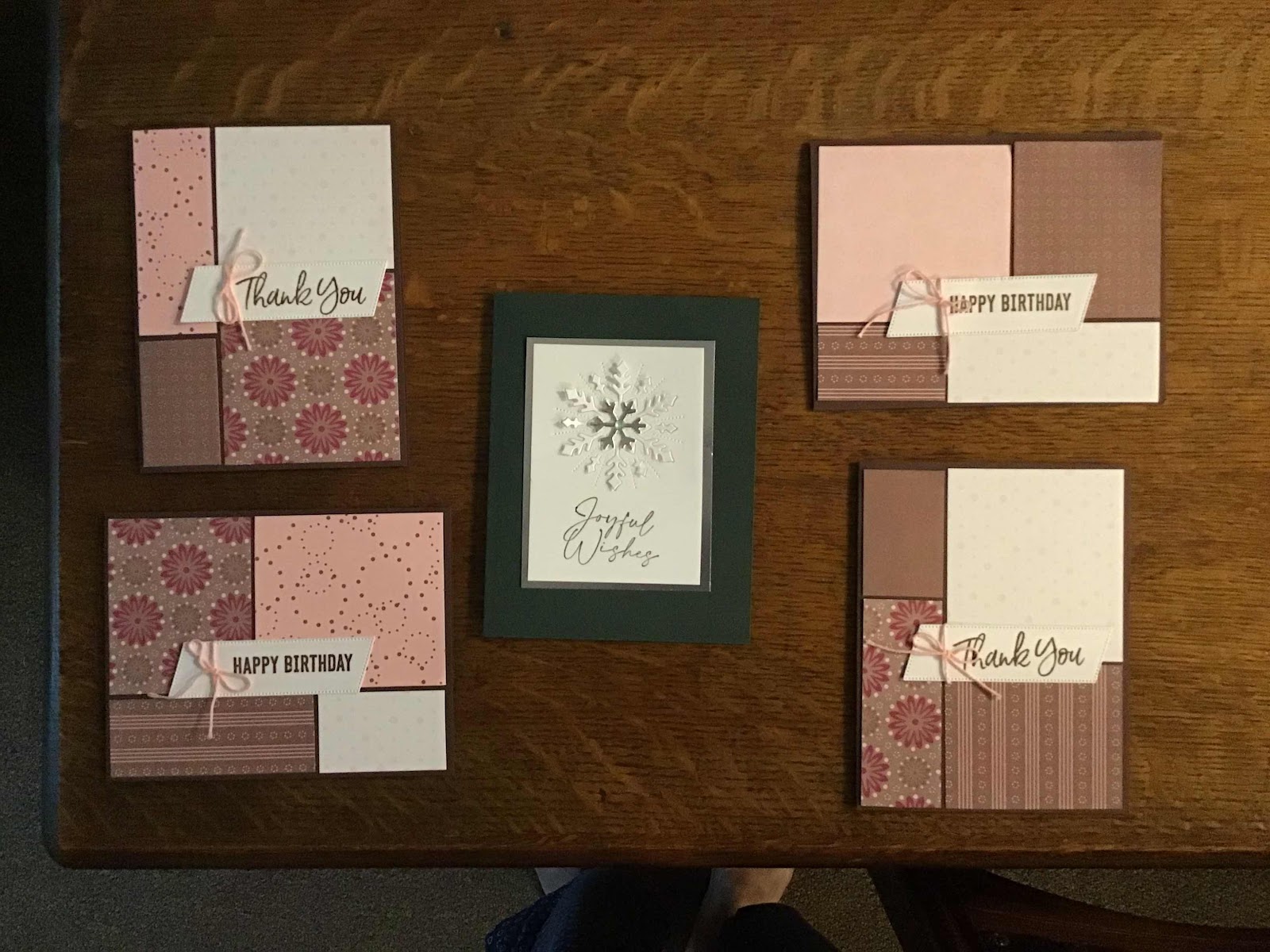 Our building manager asked me if I was interested in helping her plant some Mums in the planters in front of our building, so Tuesday morning she and I pulled out some of the Petunias and declining summery plants and replaced them with the Mums - a nice project to work on.
I made a couple of trips to Ben and Jill’s Minneapolis home and packed up books and wall art and cleaned out the kitchen cabinets for them this week. The movers came yesterday and they emptied the house, garage, and got the trampoline from the back yard. I offered to do the final cleaning but it will have to wait until I get back from Stoughton on the 26th.
I had an appointment to see an Orthopedic Doctor on Thursday to check my Achilles Tendon that is large and sticks out for the back of my heel.  I learned that it is Tendonosis - a condition that is slightly worse than Tendonitis, but I am not at risk for further injury to the Achilles’ tendon.  The tissue surrounding the tendon has micro-tears and can usually be treated with a therapy called Graston and I will need to start on therapy when I get home from Stoughton.
Joey had an appointment for a booster vaccine on Friday and I had his nails trimmed, so all is good with him.  After his appointment, I headed over to get Camille and Norah for a sleepover, so they would be out of the way for the movers.  We had Hot Dogs and Mac-n-Cheese for dinner, went for a walk and watched The Minions 2 movie before going to bed.  Everyone went right to sleep and had a good night’s sleep.
Yesterday, we were on the move, starting with the Farmer’s Market so I could stock up on Honey, Maple Syrup, and Apples - ‘tis the season. We also went to an art fair and a stop at one of their favorite stores - Hobby Lobby.  When we got back, we walked to the school playground and had a makeup session back at home. 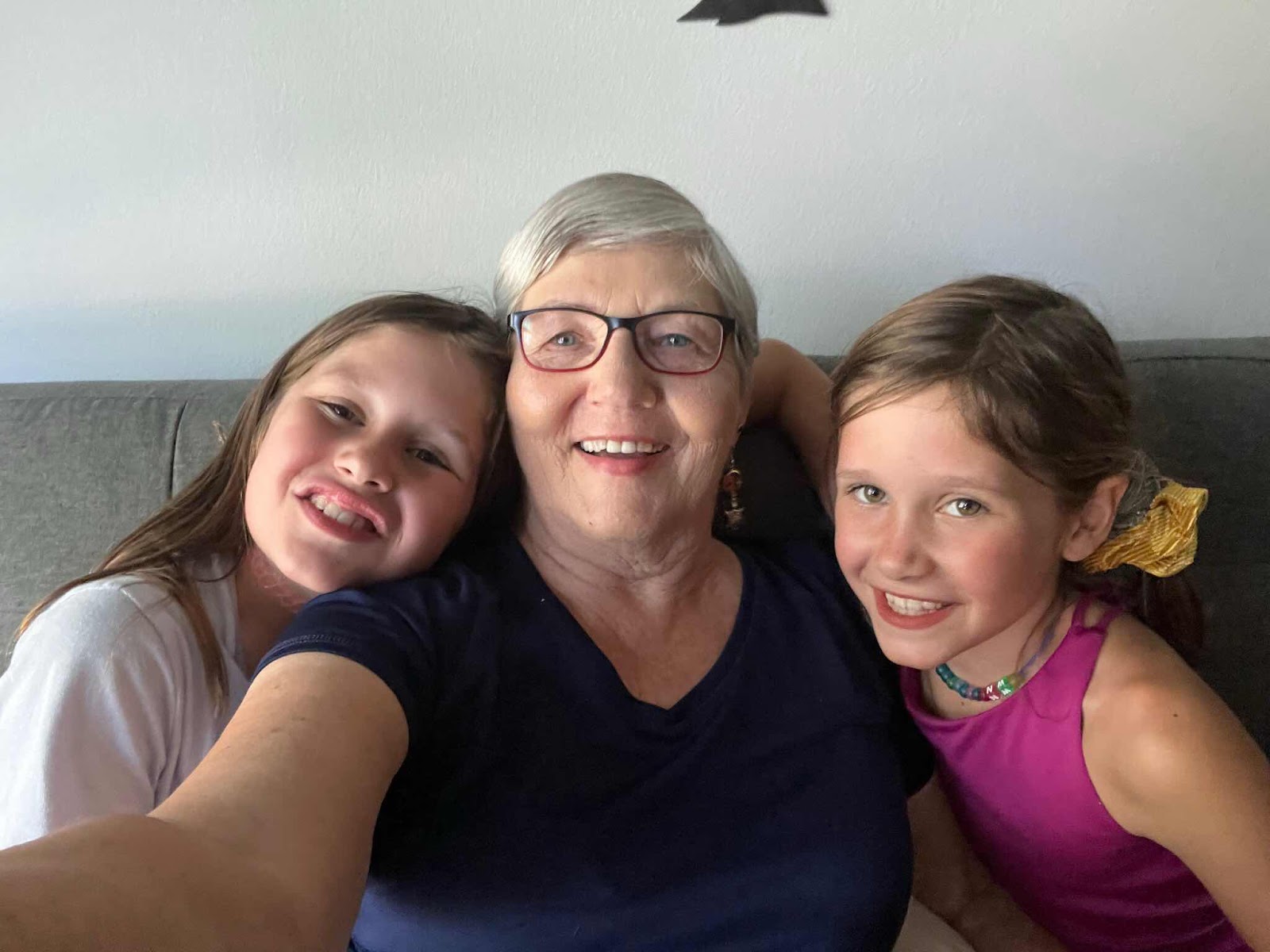 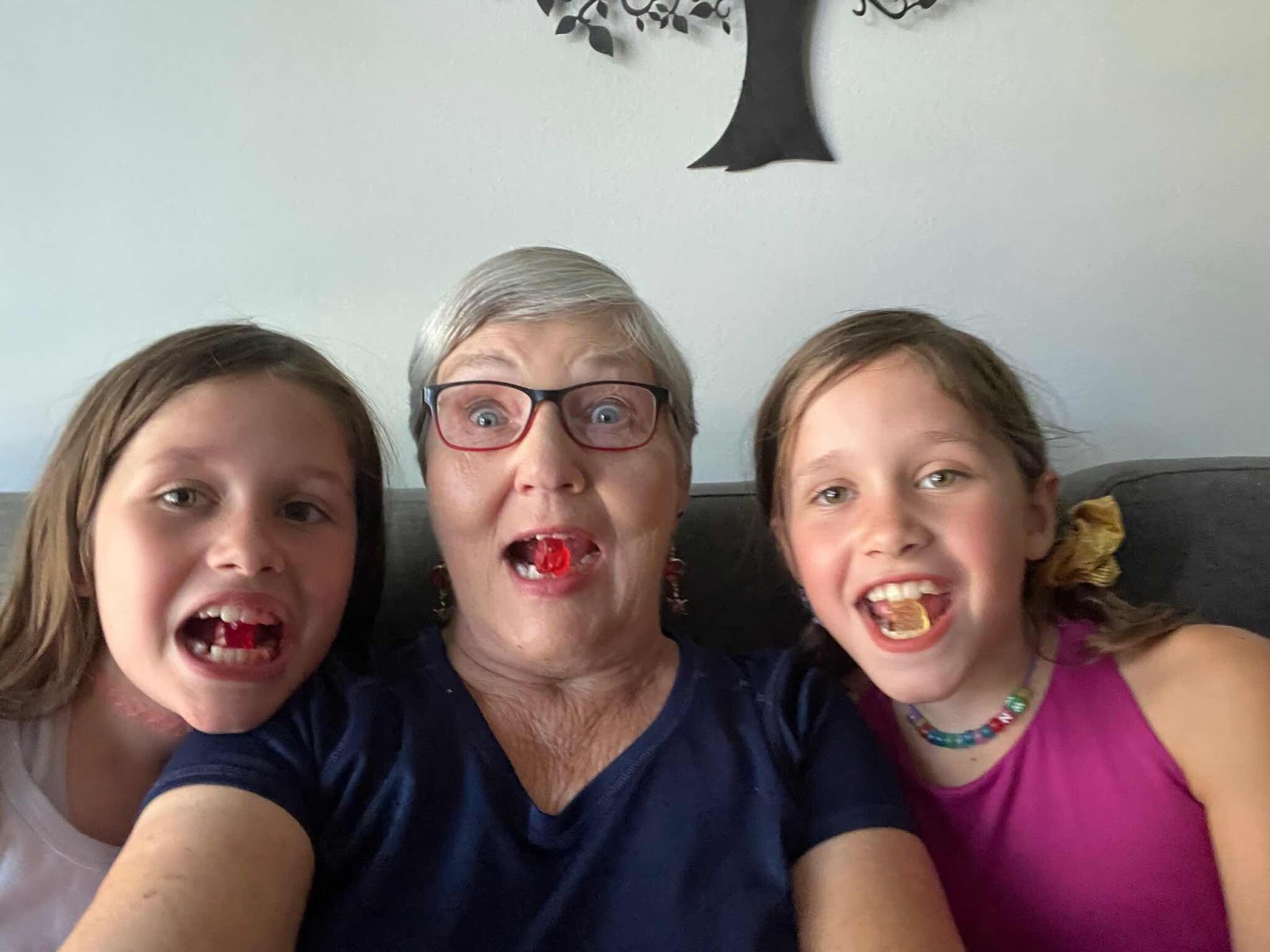 After a short rest for me and some screen time for them, we headed out to the Mpls house to pickup a forgotten item, made a stop at Brasa to get takeout food for dinner, and out to the fully furnished new house for our first family gathering for dinner including all three grandparents and some relaxing time on the beautiful deck.  Whew! What a week!
Posted by Bridge Coast to Coast Saga at 5:36 AM