Over the weekend, I learned just why Joey may have been given up and taken to the Humane Society. It seems that he may have been fed people food - by hand and possibly at the table.  Every time I sit down at the table, eating or not, he stands back, jumps, barks, and tries to grab my hands to chew and lick on them.  I have taken to keeping him on the leash that gives me more control and I’m able to stop the undesired behaviors.  He is much calmer when on the leash and has no problem with the crate and is calm when he comes out of it.  He is definitely going to take some work to teach him the most important commands like sit, down, stay, off, and definitely no.
My granddaughters started at their new school on Tuesday and so far the report from Ben have been positive.  There is some talk of ‘making friends’ and there has been no resistance to going.  They met some neighbors over the weekend and learned a bit more about their new neighborhood - some walking and biking paths and a way to get to downtown Excelsior.
First Day of School 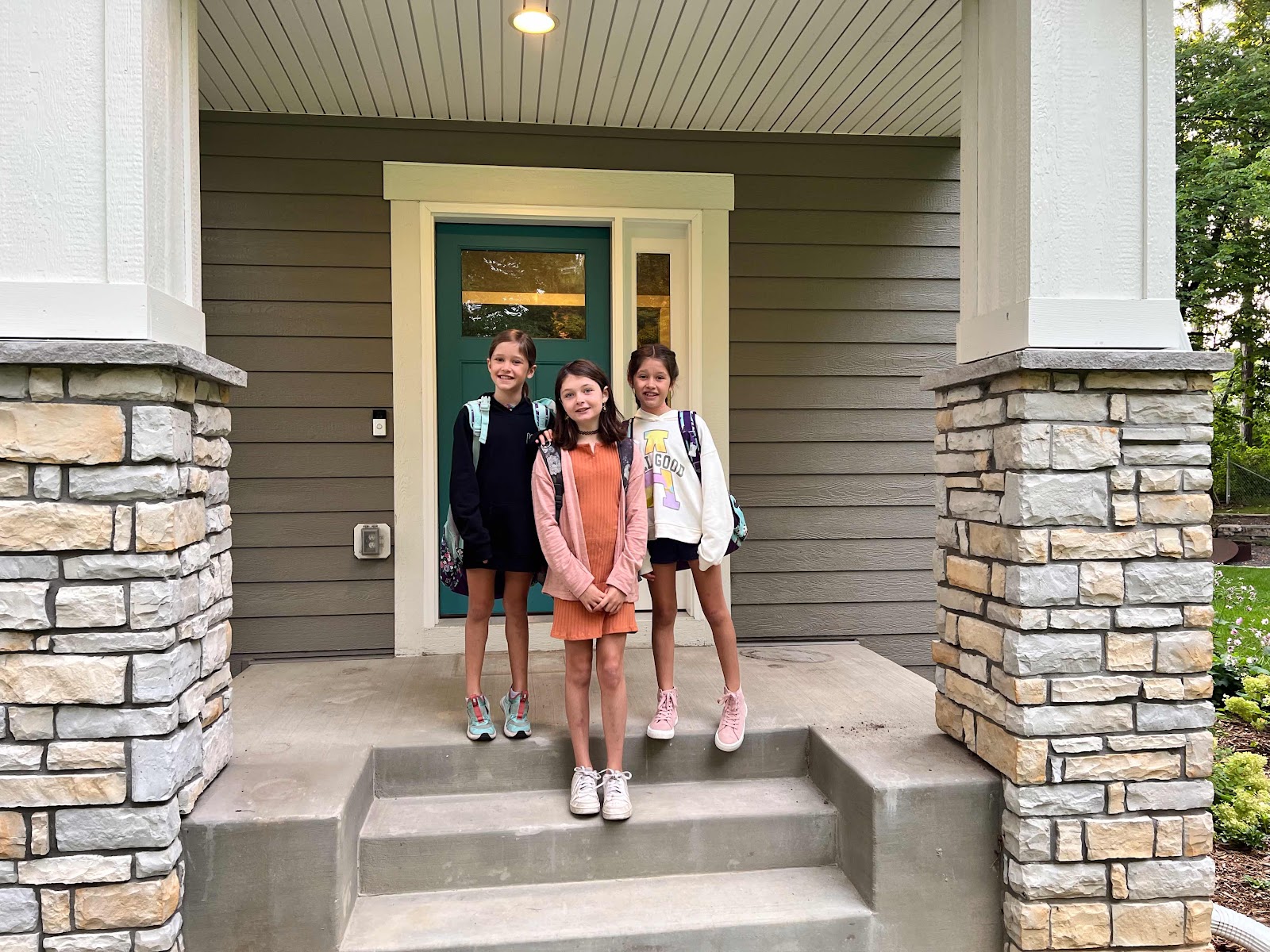 This morning, Joey also showed some undesirable behavior when we met Karen in the hall and she calmly put her hand out to him and he barked and snapped at her.  He did the same to the apartment manager when I got back home and came in through the lobby.  This is not acceptable and I’m going to have to learn how to break it.
We walked the Nine Mile Creek trail for a couple of miles this morning.  Already there are a few signs of fall’s approach, as some leaves are turning and starting to fall off the trees.  There was a fall-like feeling in the breeze. 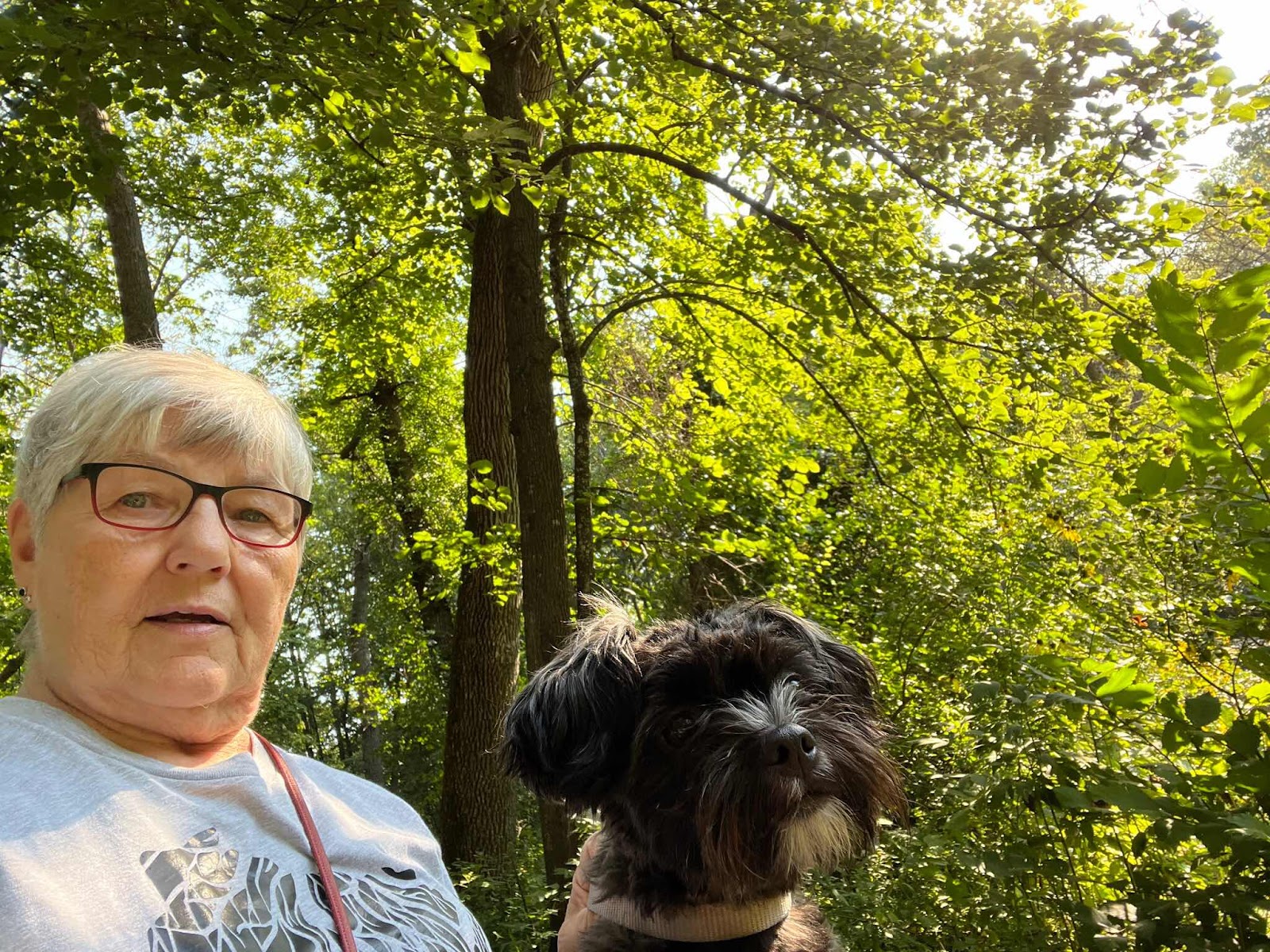 I was able to get in to see the Dermatologist this week, as I discovered two more spots of hair loss on top of my head.  Again, it is the autoimmune Alopecia that is attacking my hair follicles, and was treated with several steroid injections at each site with a follow-up appointment scheduled for December.
Posted by Bridge Coast to Coast Saga at 10:09 AM