Lying in bed this morning, thinking of the day it was on the calendar, I remembered that it is the anniversary of my cousin Fran’s passing, just two years ago.  After my morning shower and sitting down with my first cup of coffee, I opened my iPad and learned that my friend Carol’s Mom passed away early this morning.  It wasn’t unexpected news, but sad news just the same.
When I cleaned Ben and Jill’s home on Thursday, I learned that Norah had gotten sick and thrown up during the night and Jill thought that she might have been exposed to gluten and wondered if it might have been from an ingredient in the potatoes that I brought for dinner on Tuesday. Sure enough, it was the Campbell’s cream soups that I added (they contain wheat flour for thickening) and just that small amount made Norah get sick.  She really liked the potatoes and even went back for a second serving.  Dang, I feel like the bad Grandma.
I ventured out yesterday to the Bloomington indoor farmer’s market and finished my Christmas shopping. The entire community center was filled with vendors and their crafts, a few peddlers of late season produce, meats and cheese, baked goods, and a few serving hot dogs and warm goodies to eat right there.
I wrapped the gifts and put them under the tree last night, but I still haven’t come up with an idea for Pat and Tracey.  I also finished up with my Christmas cards and got them in the mail this week.
This is what my car windows looked like on Thursday morning.  I love the pattern! 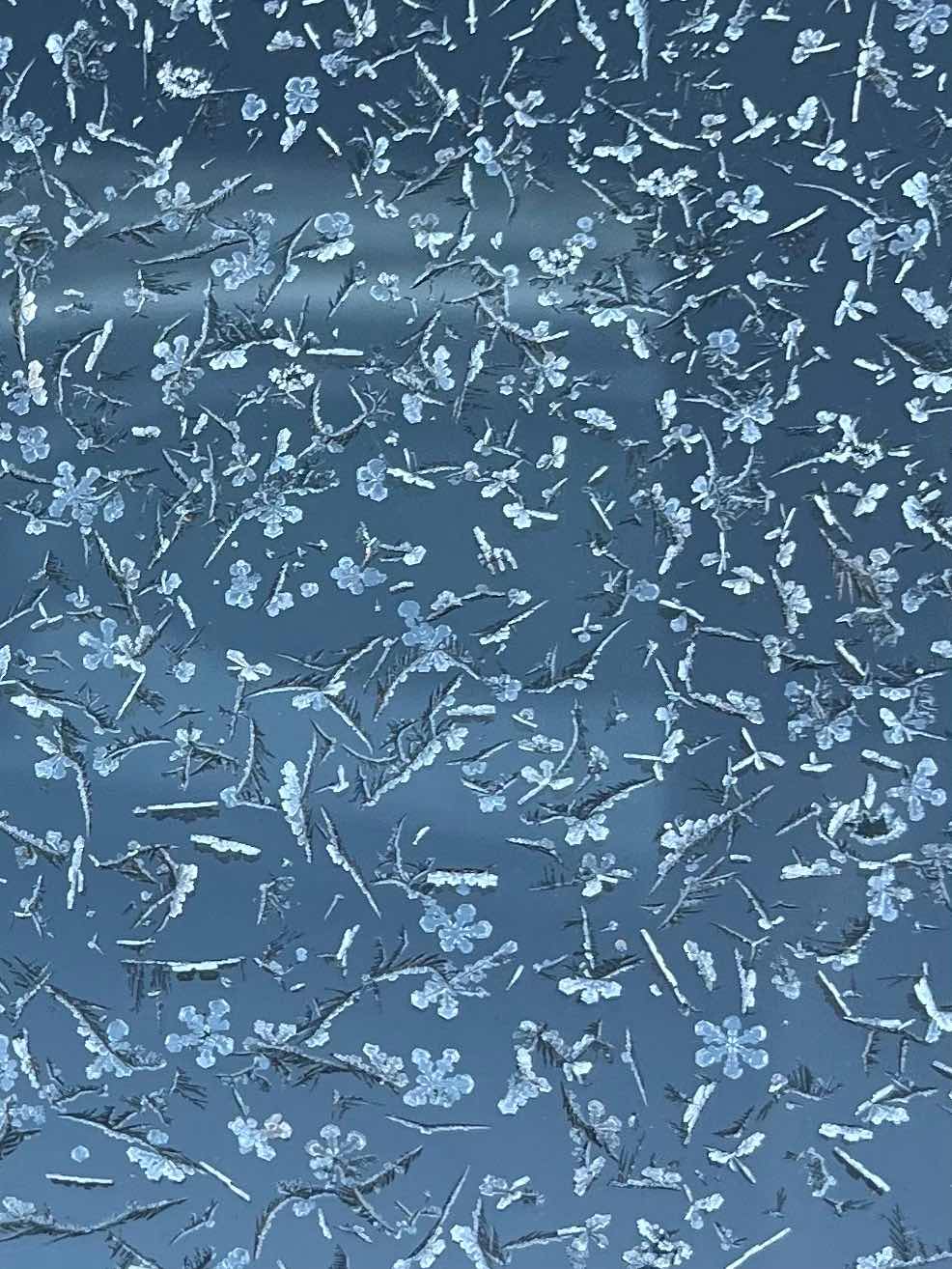 Joey and I went for a walk along the 9-Mile Creek Trail this afternoon and it was beautiful but the walk is still treacherous.  They plow the paved portion, but the snow is compacted and almost to the slushy point with our warm 34° day, but still quite slippery.  The one mile that walked is probably equal to 3 miles on a dry pavement.  Still, it’s nice to be outdoors. 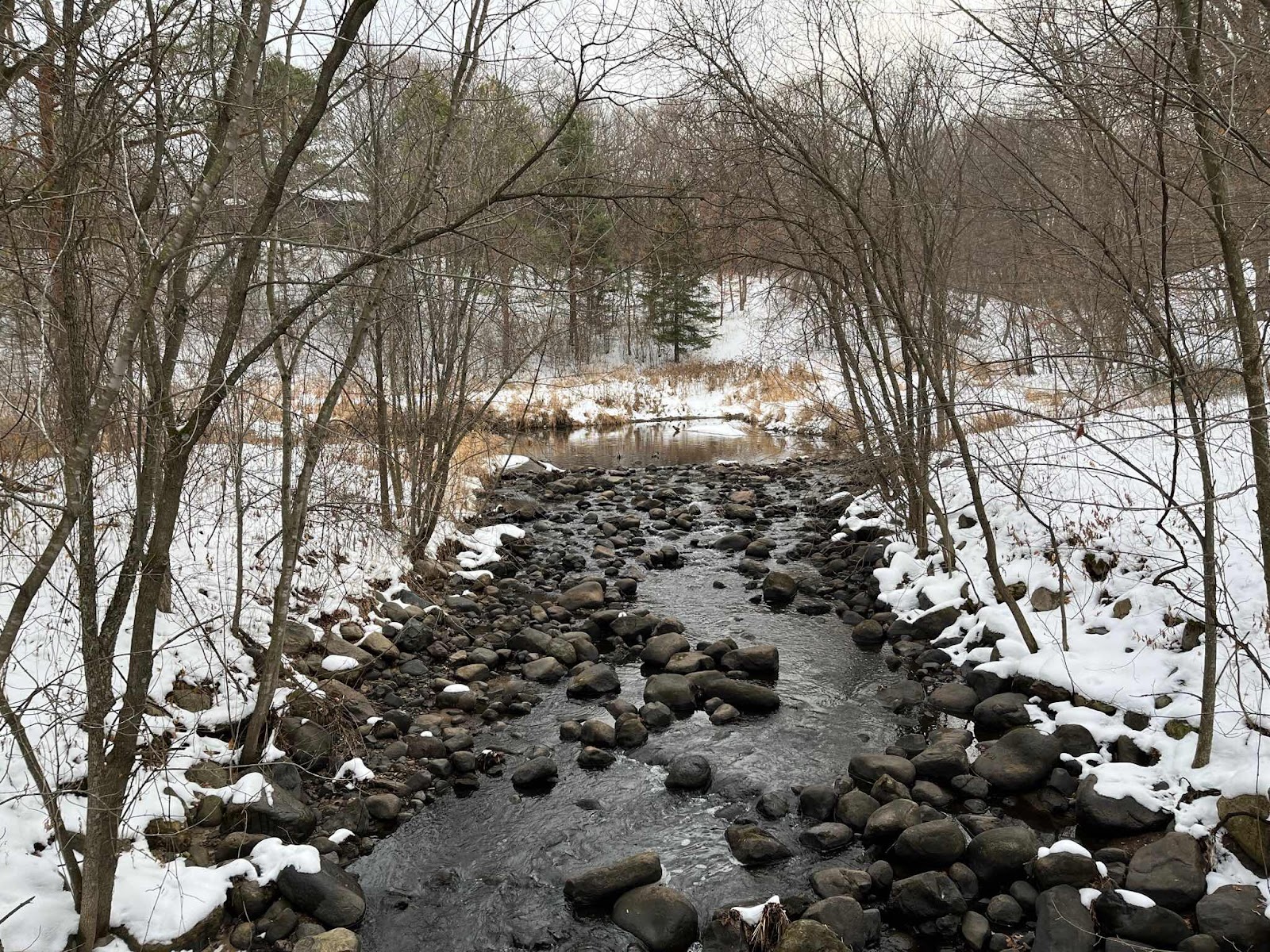 Posted by Bridge Coast to Coast Saga at 7:43 AM