Monday, February 24.  It was a good morning to go to the beach and I had never been to Chrissy Field, so that is where Charlotte and I headed.  That kid loves the beach and is always a good choice. As soon as we parked and walked toward the beach, she shed her jacket, shoes and socks.  I realized I did not come prepared with a hat or sunscreen, so asked a passing Mom if she had sunscreen, and she was willing to share.  Charlotte was impressed with their toys, so she and Lucas played together for a while. 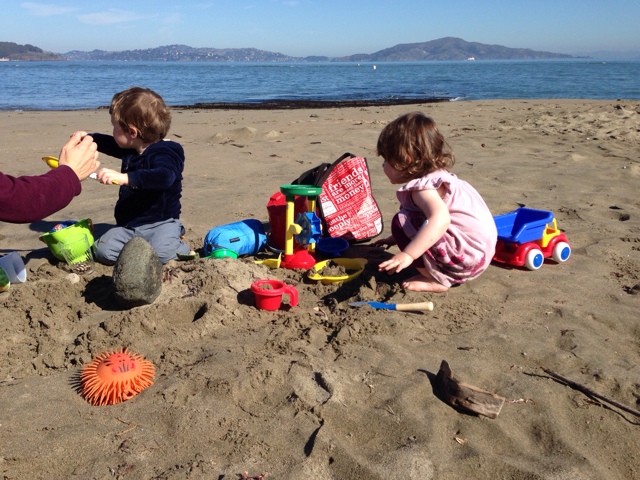 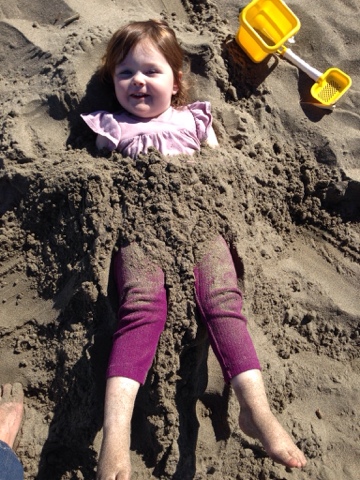 We walked over to a pier where we had heard the barking sounds of Seals.  I caught a glimpse of one but it disappeared before Charlotte could see it.  As we were walking along the pathway, a man who was jogging passed us and she began to run.  When she stopped running, she said "I'm not a running girl any more, I'm a walking girl now".  She also got all lovey and told me she wanted to wrap her arms around me.  These times with just the 2 of us together are so much fun. 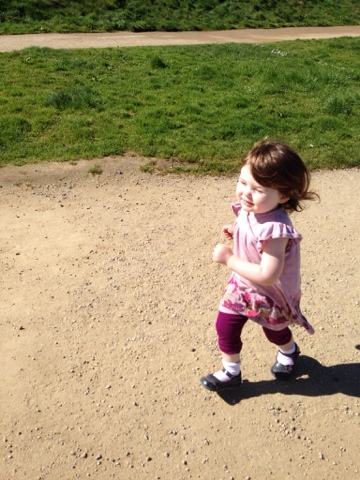 Wednesday, February 26.  Jill is getting ready for work, Norah is screaming her head off when she is supposed to be taking a nap, Camille is sleeping right through it, and all this after Charlotte used every diversionary tactic known to avoid going to Maggie's today.  Those tactics also led to 2 timeouts, but then she was totally agreeable in the car on the way there.  Got a 2-year old?  So that is how this morning has started.  What's next?
Posted by Bridge Coast to Coast Saga at 2:13 PM