Thursday, August 11.  It has been another busy week in Wisconsin, evidenced by my lack of writing.  I have continued my walks with Dawn in the morning.  The early days of the week were comfortable, without a lot of humidity, but come Thursday, the conditions became pretty sticky.
I met up with classmates at Culvers on Tuesday afternoon.  Pat, who has been cleaning out her house for a move, brought along solo photos from our freshman and senior years - they brought on a contest of who's who and remember who this is?  Lots of laughs too.
On Wednesday morning after our walk, Pat and I canned 7 quarts of tomatoes that were ripe and ready to be canned. 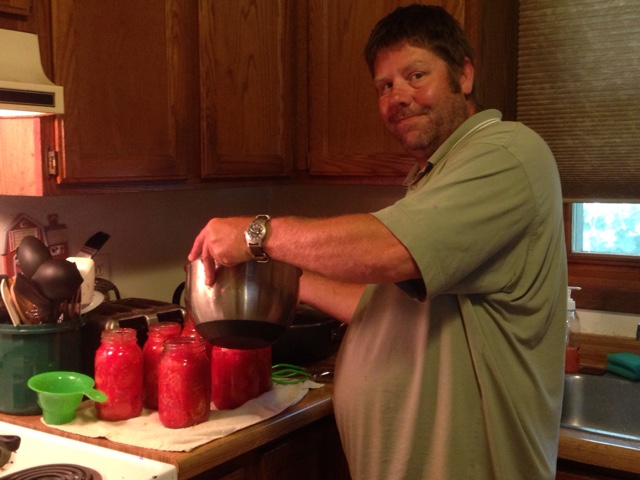 When we finished that, he, Dawn, and I walked to Main Street to watch the half-sized replica of the Vietnam Wall come through Stoughton, escorted by bikers from the American Legion.  It is on its way to a 3 day event to honor Vietnam Veterans. 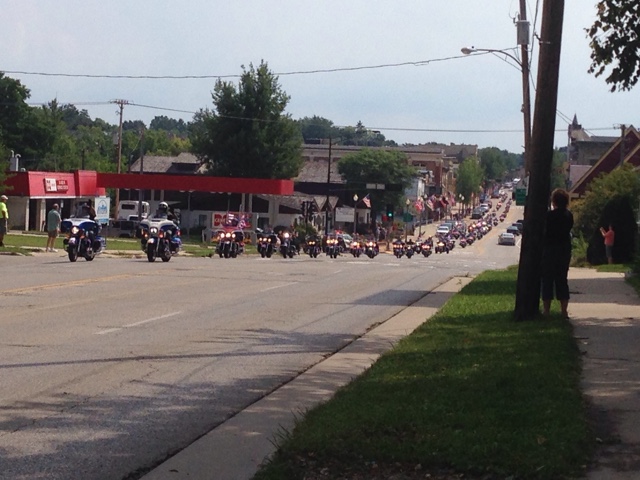 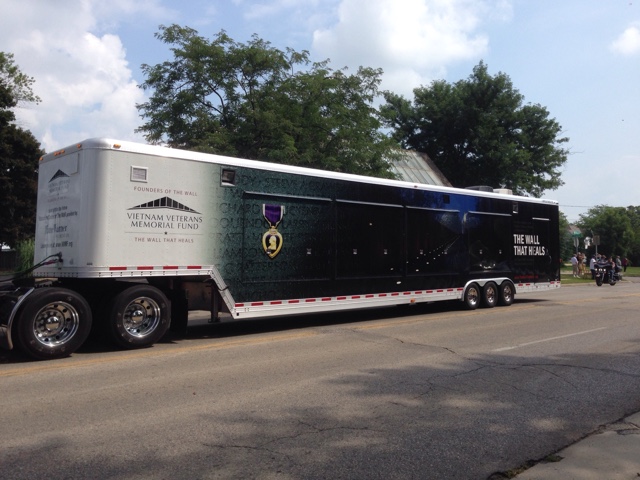 I then headed to Portage to spend the next 2 nights with my sister-in-law, Sharon.  She invited her and Dan's kids and their facilities to join us for dinner, so I could see everyone at one time.  We had a great visit and it was nice to see them all - the kids are getting so big! 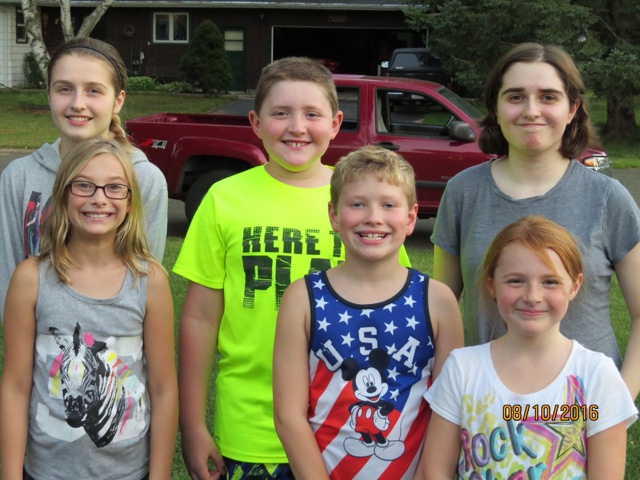 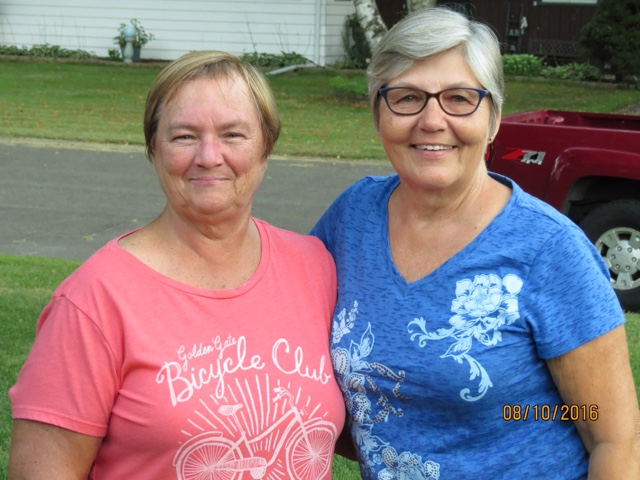 Sharon and I
This morning, I went to Westfield to see my cousin, Jo and her new apartment.  Her friend, Joyce invited us to breakfast and her friend, Susan (who came to Arizona with Jo last spring) joined us.  Joyce made good old southern biscuits and gravy and fried green tomatoes for breakfast.  We had a great visit and lots of lively discussion.
Heading back to Sharon's house, I drove the county roads to Montello so I could drive past and see Pat and Roger's new home.  It's a very nice log home situated on a pretty lot with lots of nice evergreens, a peaceful setting. They will be happy there.
Tonight, Sharon, Becky, Elizabeth, and I went to Endeavor to play Bingo.  I got lucky and got a $5 concession prize when I was buying my cards.  Then, I won one of the $20 games.  A good night of fun. 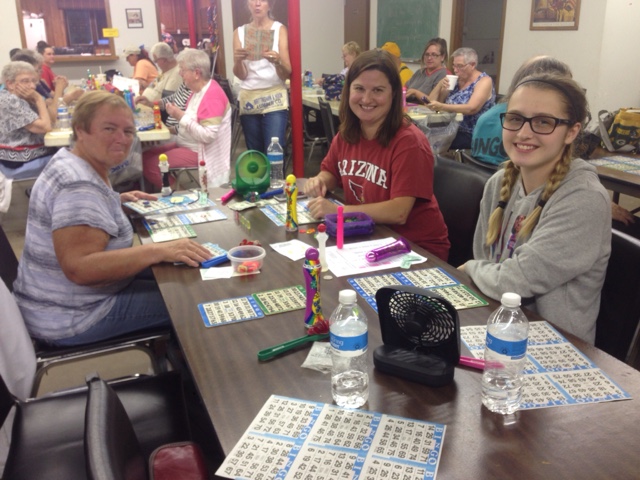 Sunday, August 14.  After helping Pat and Roger with their garage sale this morning (pretty steady rain, so few customers), I headed back to Stoughton.
Yesterday afternoon, Pat, Tracey, and I met Guy and Al at the Operation Badger Base event in Madison.  I found the names of 2 of my classmates, Mike Mulcahy and Larry Bender and Mike's friend, Paul Gerlach on the wall.  In addition, they had photos of all those from Wisconsin who were killed in action.  Such a shame that +58,000 of our young men were lost in that senseless war.  I also saw one of Mike's friends from Oscar Mayer there, hadn't seen him since Mike retired. 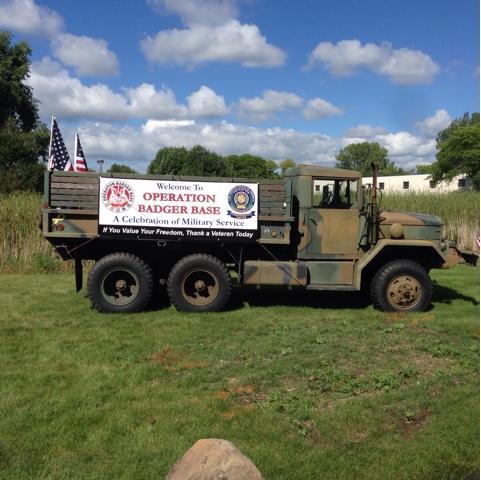 Strange, this morning I woke up to someone saying to me, "good morning, darling".  It was so real that I sat up, looked around, and opened the shades to look out the window.  Maybe Mike is with me today because later on, I had to hook up the trailer to take it to the dump station at the state park.  On my way home, our song, Patsy Cline's "Sweet Dreams", came on the radio.  I love it when that happens.
Posted by Bridge Coast to Coast Saga at 3:08 PM