Thursday, November 22.  Happy Thanksgiving to all of my readers!  We baked a mincemeat pie this morning (Tom's favorite), had phone conversations with a few family members, went for a nice walk, and then headed to Chaney's for dinner.  Chaney wasn't there when we got there - it turned out that his Mom, Kathy (Tom's ex-wife) fell and broke her hip while prepping for dinner and he was at the hospital with her.  By the time we got back home, she was scheduled for surgery in the morning and they were trying to keep her comfortable.

Our dinner was excellent and there was lots of good company there. 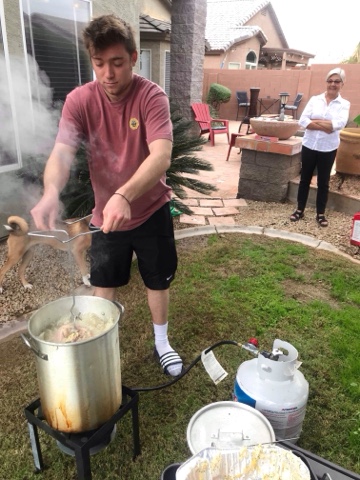 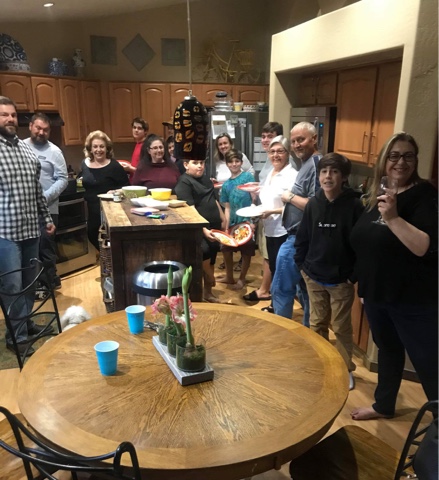 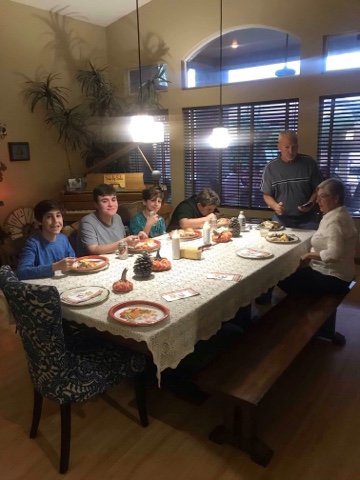 Back on Monday afternoon, we went to Val Vista Village, met up with Pat and Rog and some of their friends at happy hour.  Harry Mathews, a fun dj and entertainer had the crowd on the dance floor for a whole 2 hours, us included. What fun!

When I got home from my cleaning job on Tuesday, Tom asked if I was interested in seeing a movie. We decided on "Old Man With a Gun" starring Robert Redford and many other good actors.  It was fun and a good change of paste.

Last night when I took Frisco out around 10:00, I noticed the almost full moon in the sky and as I watched it, I realized there was a ring around it.  Wikipedia tells me thathey are caused when moonlight passes through thin clouds of ice crystals high in Earth's atmosphere. ... The shape of the ice crystals causes the moonlight to be focused into a ring, similar to the way water droplets in the lower atmosphere can bend sunlight to create a rainbow.  I called Tom out and we stood and watched for a while.  This is the 2nd time in my life that I have seen this phenomenon.  Unfortunately, my photo didn't turn out very well. 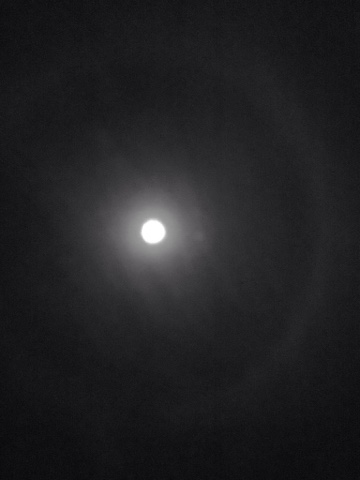 Saturday, November 24.  We had a very nice hike today, along several paths near the Bulldog Floodway, in a huge green space just a mile to the north of us.  I'm thinking it is part of the National Forest, but within the Apache Junction borders.  We started out with

Frisco but only a half-mile into the hike, he was lagging behind me and trying to lead me back in the direction of the parked car. We took him back home and then went off by ourselves.  We hiked a total of about 2.5 miles - a very nice walk on another beautiful, sunny Arizona day. 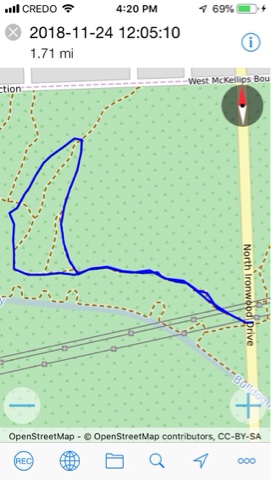 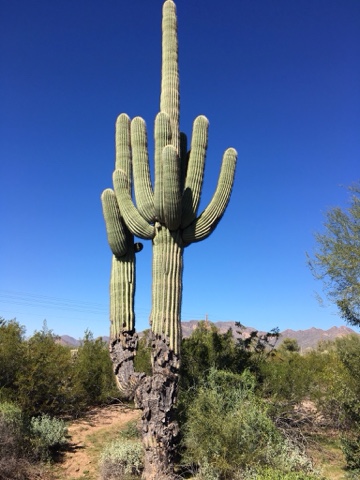 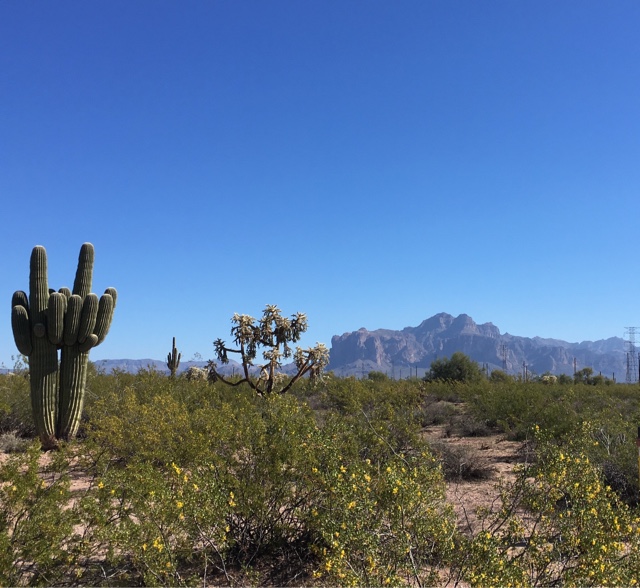 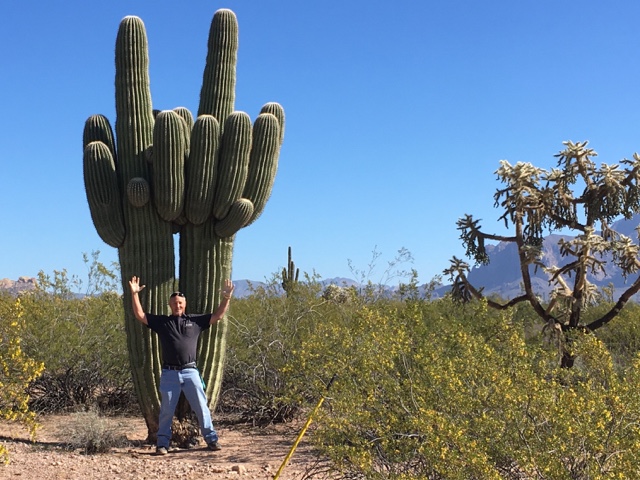 This morning, before our hike, I had a nice FaceTime call with Ben and the girls.  They were all dressed in their gymnastics leotards, ready for their Saturday class.

Yesterday, we had a nice, long walk through the nearby neighborhoods and did a bit of shopping - not much else.

Posted by Bridge Coast to Coast Saga at 7:56 PM