Oh Boy! Another week of catch-ups to do.
I had a sleepover with the girls last Saturday so Ben and Jill could go out for a nice, quiet dinner They went to Colita, an upscale Mexican restaurant that is a semi-finalist for a James Beard Award for their Outstanding Bar Program. They had good things to say about it.
After dinner and the girls were all showered and in their pjs, they had the ice cream snack that I brought over and we watched the movie, “Stuart Little”. We all enjoyed it. We interrupted the movie half way through and they brushed their teeth so they would be ready for bed when the movie was over. We did read a few stories but they went straight to bed after that. Charlotte and I read in my room for a bit and then she slept with me - like an Octopus for half the night. 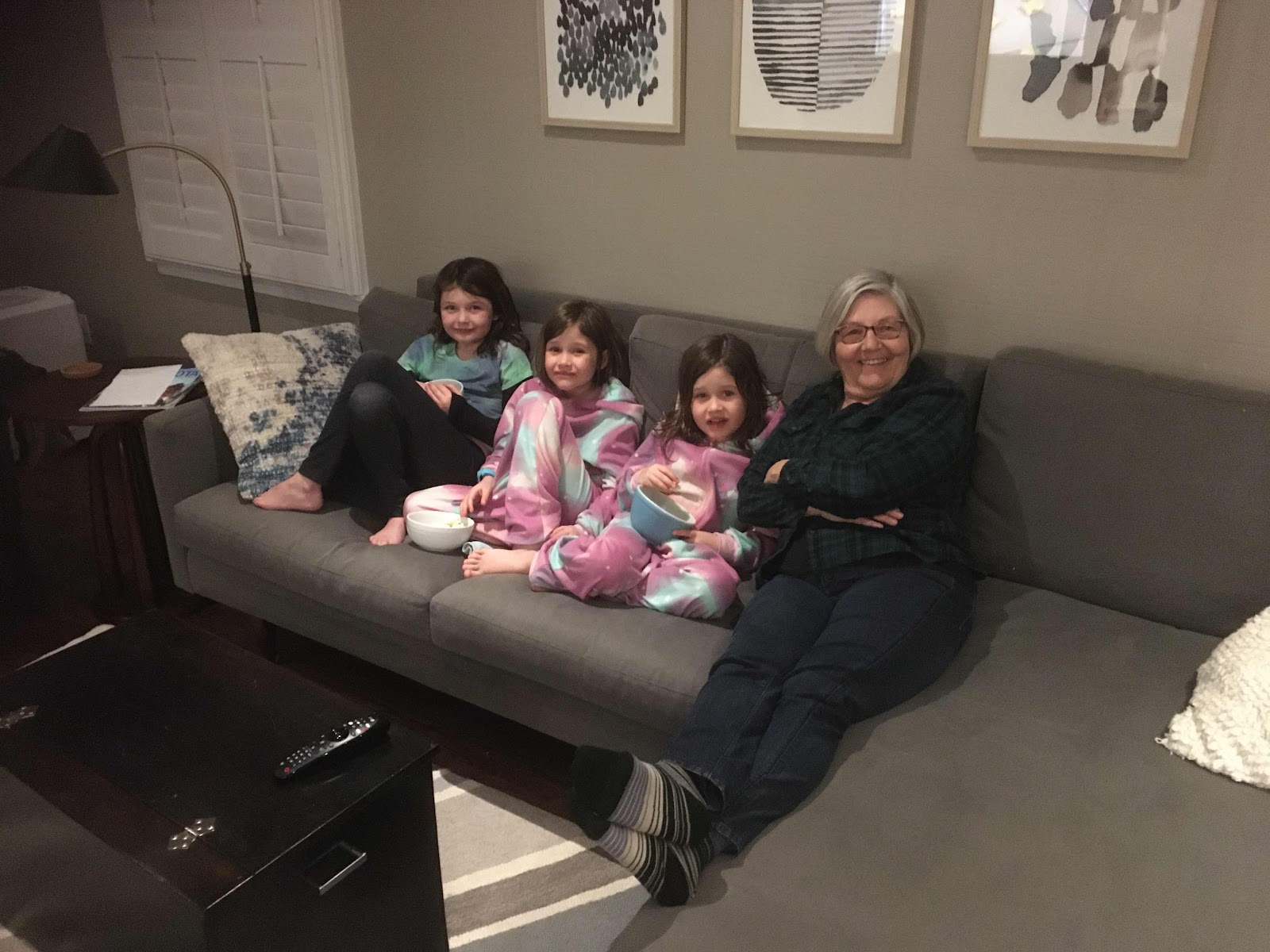 Norah was dressed so cute on Sunday morning that I just had to get her photo. 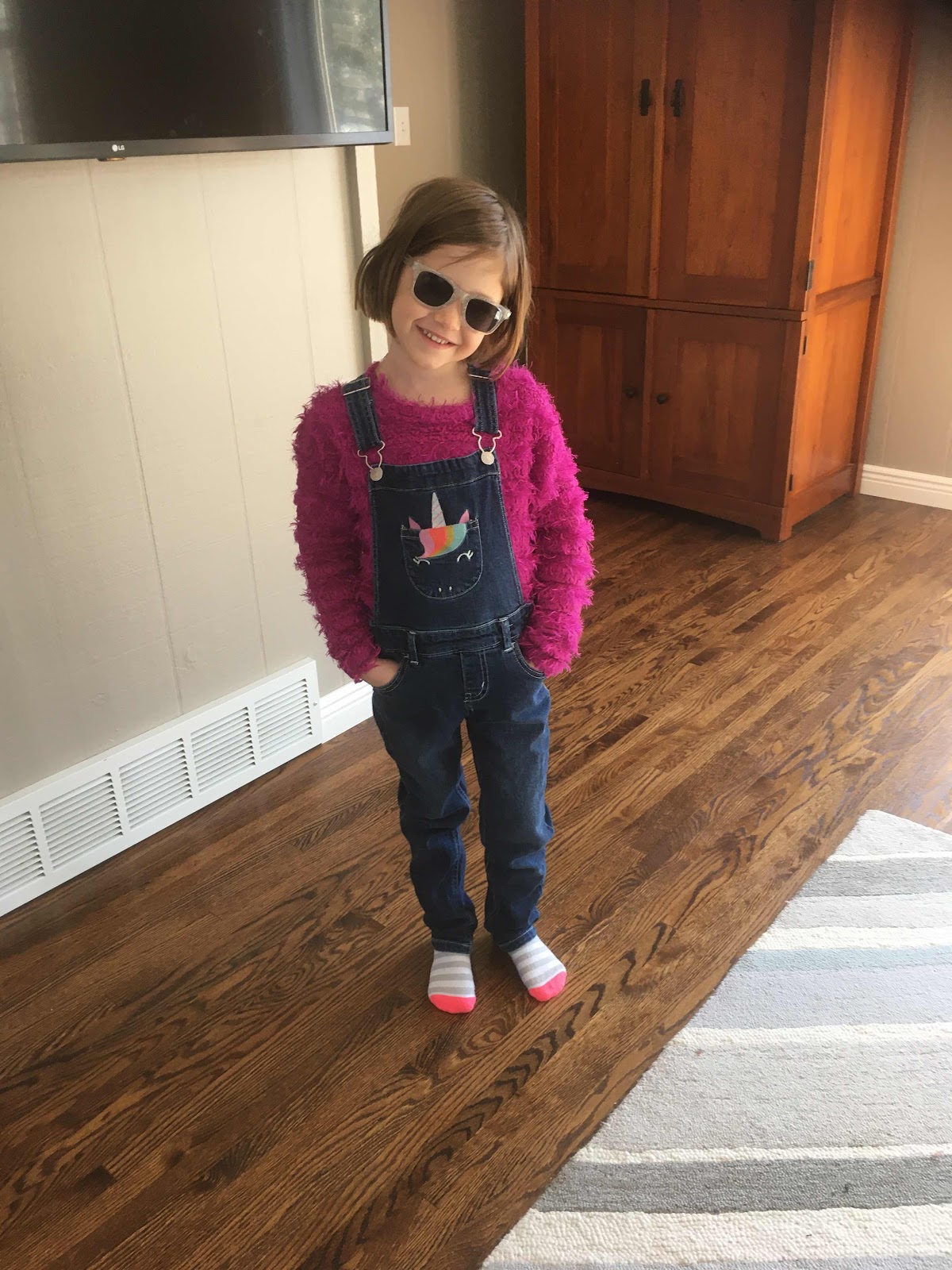 Ben fixed a delicious breakfast of bacon and waffles, then Jill gave me a haircut while everyone else was doing chores and getting the house cleaned up.
When I got back home, Frisco and I went for a nice walk - it was in the 40s.
So here is what I have been obsessed with this week - I started it after Tom left and finally finished it Wednesday night. It was fun! 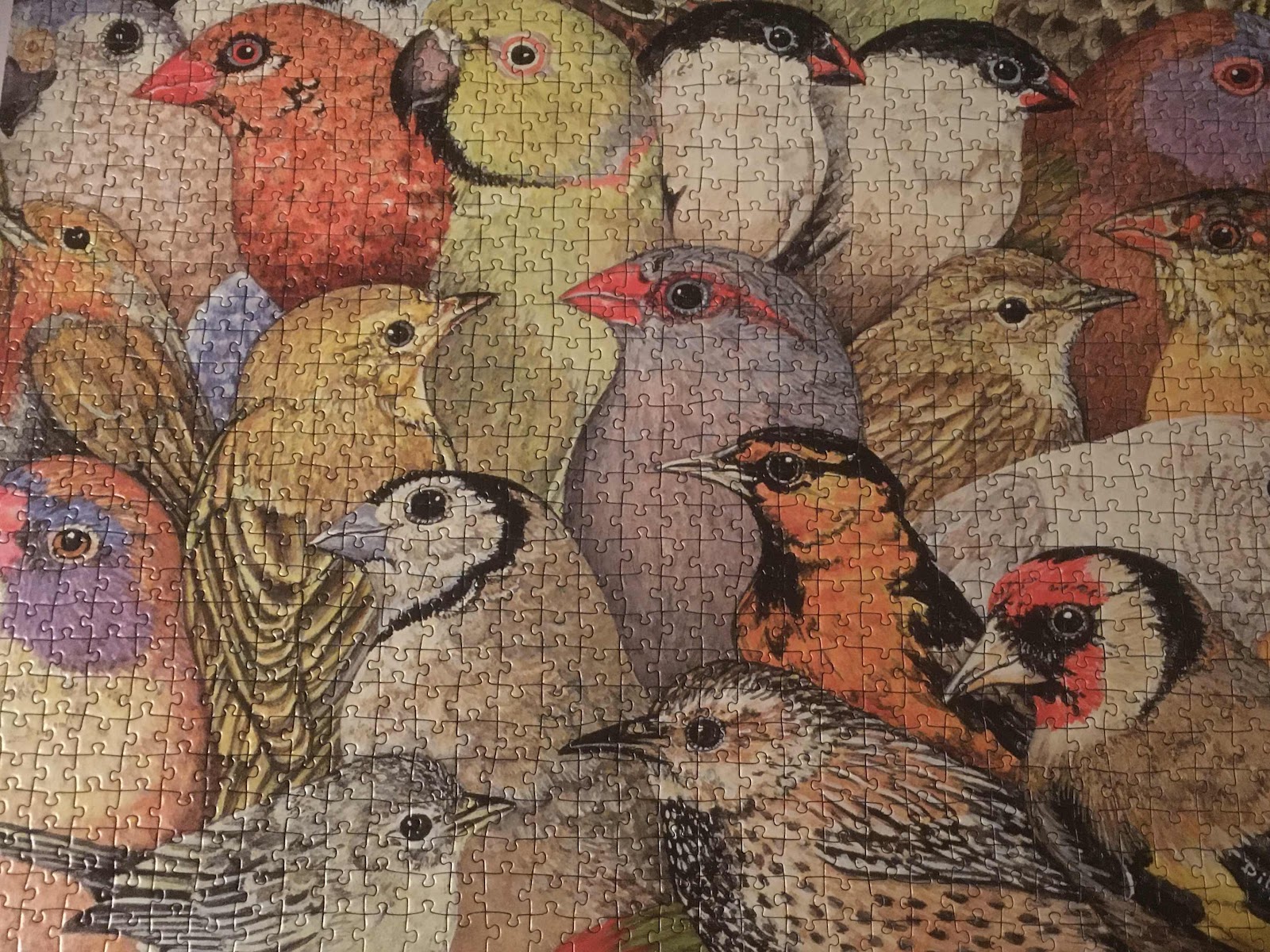 I volunteered to drive Ben to 2 periodontal appointments this week, as he was heavily medicated and not able to drive himself.  All went well with that and I did some shopping during and after that.
Posted by Bridge Coast to Coast Saga at 2:22 PM