I’ve got a lot of catching up to do.  Monday was the weirdest day for me.  I was up early and I decided to get some laundry going, so I put 2 loads in the washers at about 7:30. At 8:00, I went back to switch to dryers and realized that I had forgotten to push the START button and I was right back where I was at 7:30. I pushed the START buttons and came back at 8:30 and realized that I had only started one of the machines, apparently not holding the START button down hard enough. So…one load went to a dryer and the other got started on washing. Long story short - I was finished by 10:00.
When I proceeded to get ready for my upcoming haircut appointment at 1:30. I checked my calendar and realized that my haircut appointment was actually at 10:00. I called Jeanell, apologized, and rescheduled for Thursday.
As the day went on, I was really feeling ‘out of sorts’; stomach upset, feeling tired and wanted to do nothing more than be lazy and take a nap. I was supposed to pick the girls up after camp but Jill said that she could do it, so I was off the hook on that one.  I proceeded to be lazy the rest of the day and woke up feeling much more clear headed and energetic on Tuesday.
The week went on with a couple of appointments and I accomplished a few things around the apartment like hanging pictures, doing laundry, and some cleaning. Mavis and I met for a late lunch at Yankee Doodle Tavern on Thursday and we had a really enjoyable visit.
Frisco and I managed to walk along the Nine Mile Creek from two different access points on Saturday and Sunday. It is a really beautiful trail with lots of sandbars with quick moving water where Frisco could walk in and slurp.  At one point, from the 112th & Queen access, there is a small bridge crossing the creek and there was a family with two little kids playing in the water.  Going east from that access gets you to the Minnesota River and a friendly couple told me that there are also trails all along the river.  Today, we accessed the trail from Moir Park and walked a 1.5 mile stretch along that section. It is beautiful and only a short distance from my new home. 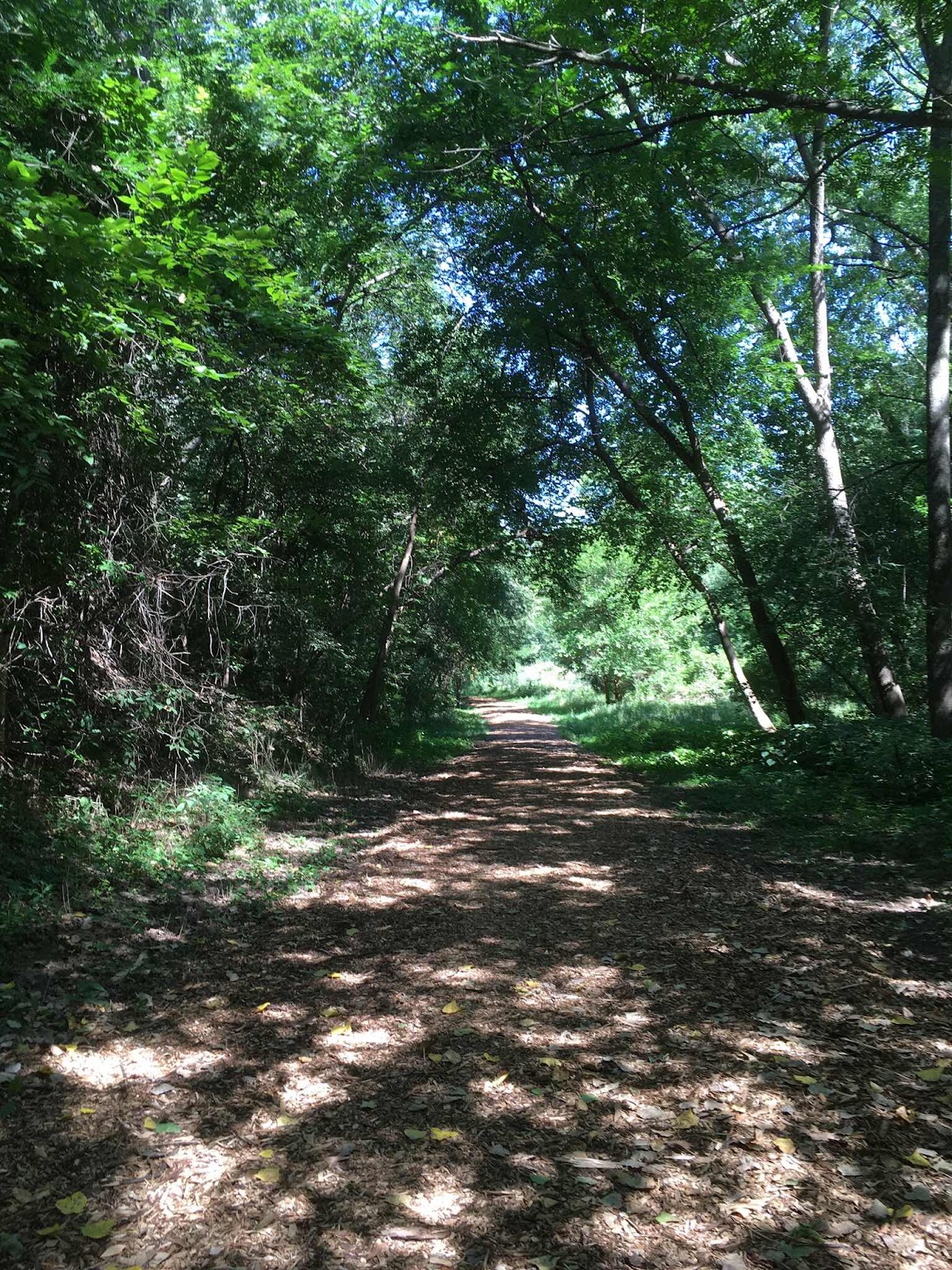 The marsh is really dry - the entire state is under drought conditions. I did see a couple of Great Snowy Egrets at the marsh and a Bald Eagle soaring through the sky. 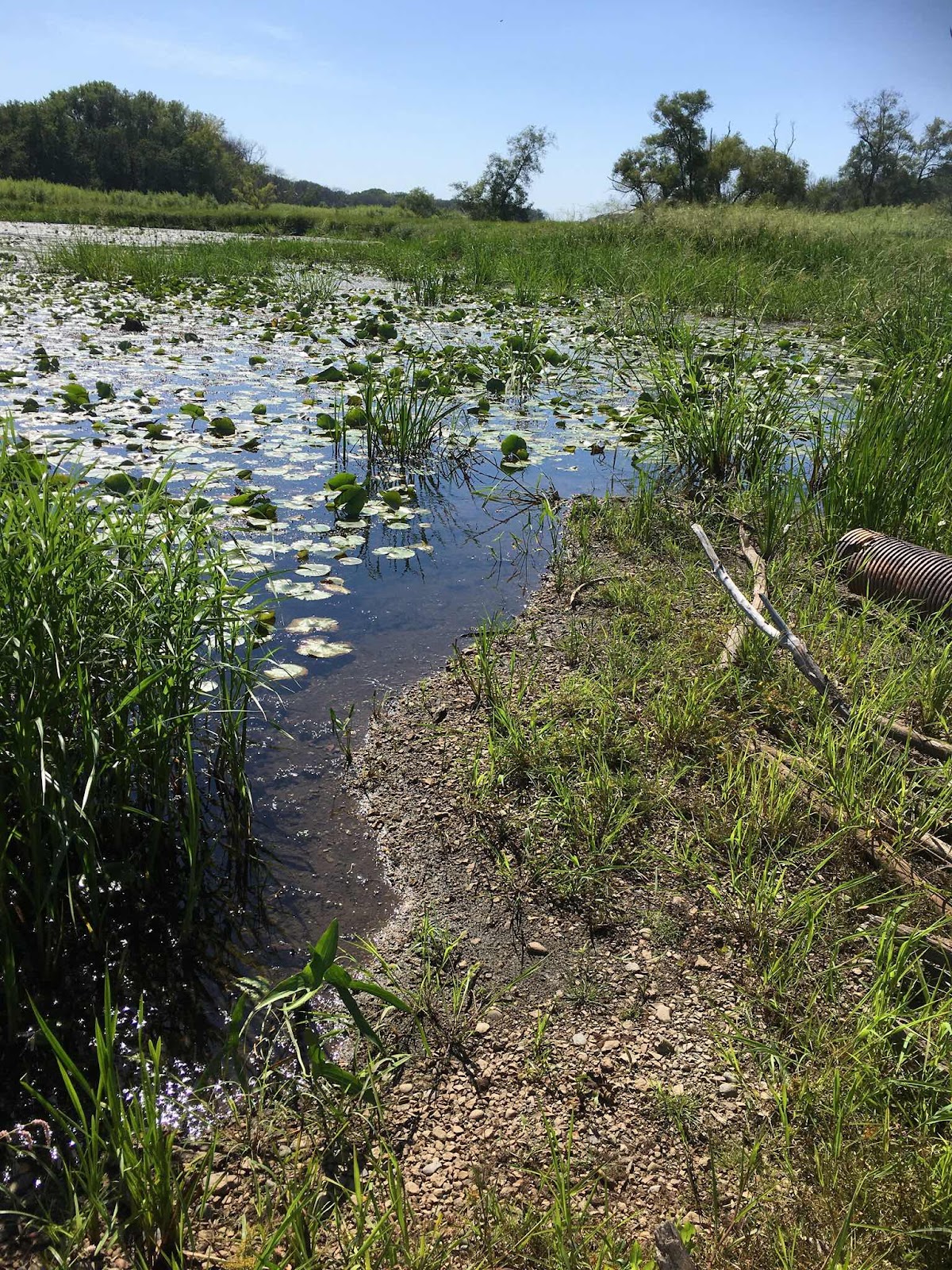 There was a group of about 50 people heading to the creek for a Baptism this morning.  I was invited to join them, but continued on with my walk instead.
The rest of my day was spent grooming Frisco and starting to get things organized for my trip to Stoughton next week. I’m really looking forward to seeing Pat and Tracey again, meeting their new kittens, connecting with friends and family, and attending my 55-year class reunion. It should be a good week!
Posted by Bridge Coast to Coast Saga at 6:01 PM