This week has been rather a bummer when it comes to family news. First, Pat’s Achille’s tendon is definitely severed with a gap of about 1.5” and he will have surgery on Monday to repair. Surgery will be followed with six weeks off his feet followed by physical therapy - his entire summer off his feet. The good thing about all of this is that it is covered by Workmen’s Comp and his boss is totally understanding about the whole thing. Pat is not a happy camper as this is his first on the job injury and he has never had any previous broken bones or surgeries.
Second is that my car wouldn’t start on Tuesday afternoon or Wednesday morning. Both times, I had my roadside assistance come out and I was able to get it into a repair shop on Wednesday - it needed an alternator.  It was ready for pickup on Thursday afternoon and it took $800 to get it out of the shop.  My Uber ride to pick up the car was in a Tesla that included quite the conversation with the driver about energy conservation.
On Wednesday, I got the terrible news that my cousin Jo was in the hospital with Covid and that she has been diagnosed with Leukemia. That just sucks as her life has been so full of getting knocked down and picking herself back up - like nobody else I have known. She has an incredible drive to make life interesting and fun, with so many friends around the world to enjoy it with.  My hope is for her to continue to enjoy her life with her family and friends.
Yesterday afternoon was fun, I was able to see the girl’s performance after their week in “Stages” camp. The performance was like a musical and each age group did parts from three movies or musicals.  The point of the camp was for them to experience music (projecting their voices) and dance and to gain confidence to perform on a theater stage.  They had a lot to learn in those four days and they really pulled it off - everyone had a part to say and they all performed together during the dances. Of course, I felt proud.  Although several of their school and neighbor friends were in the camp, they all made some new friends too.
Norah and Camille, as cats - second and third from left 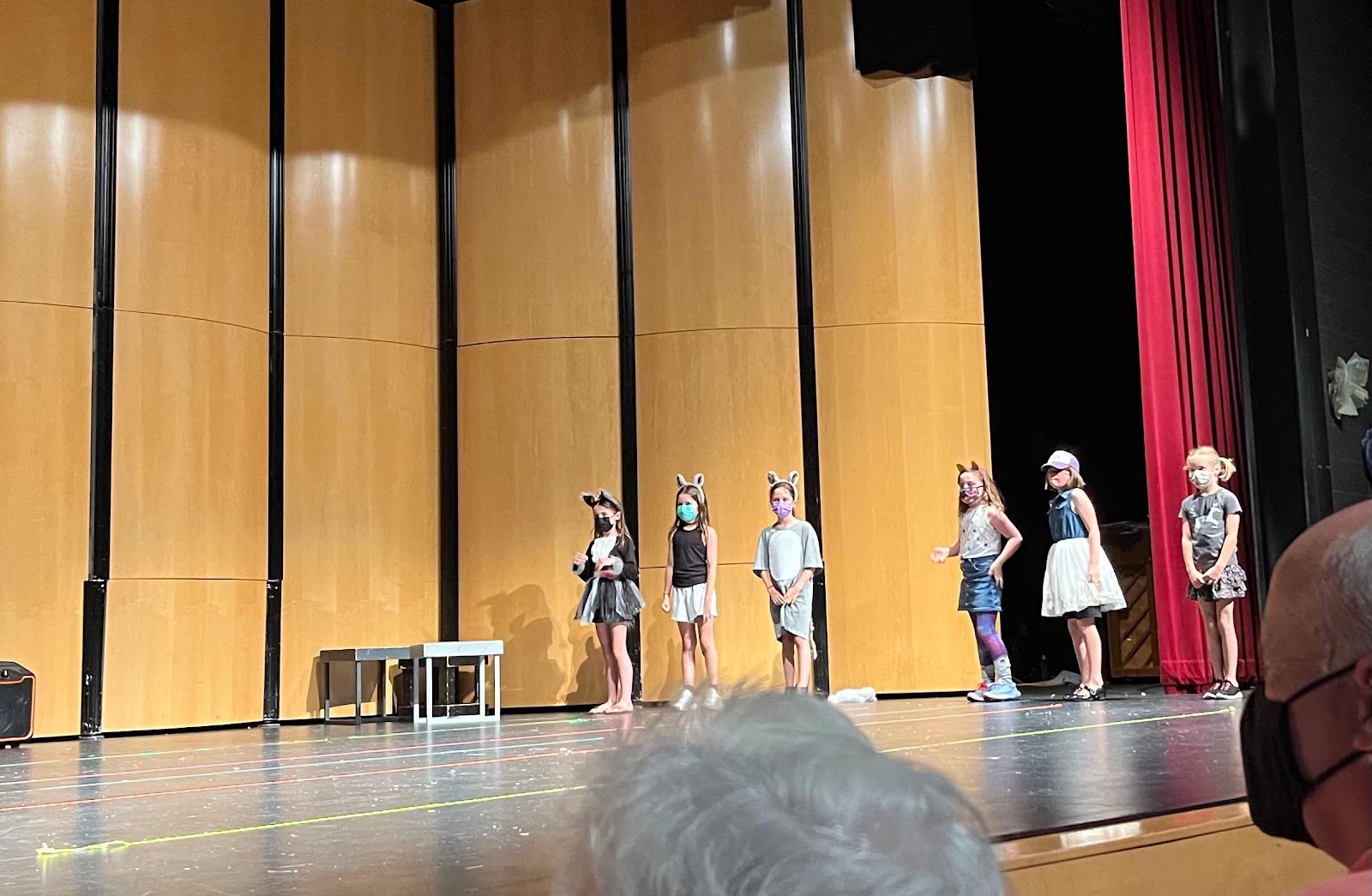 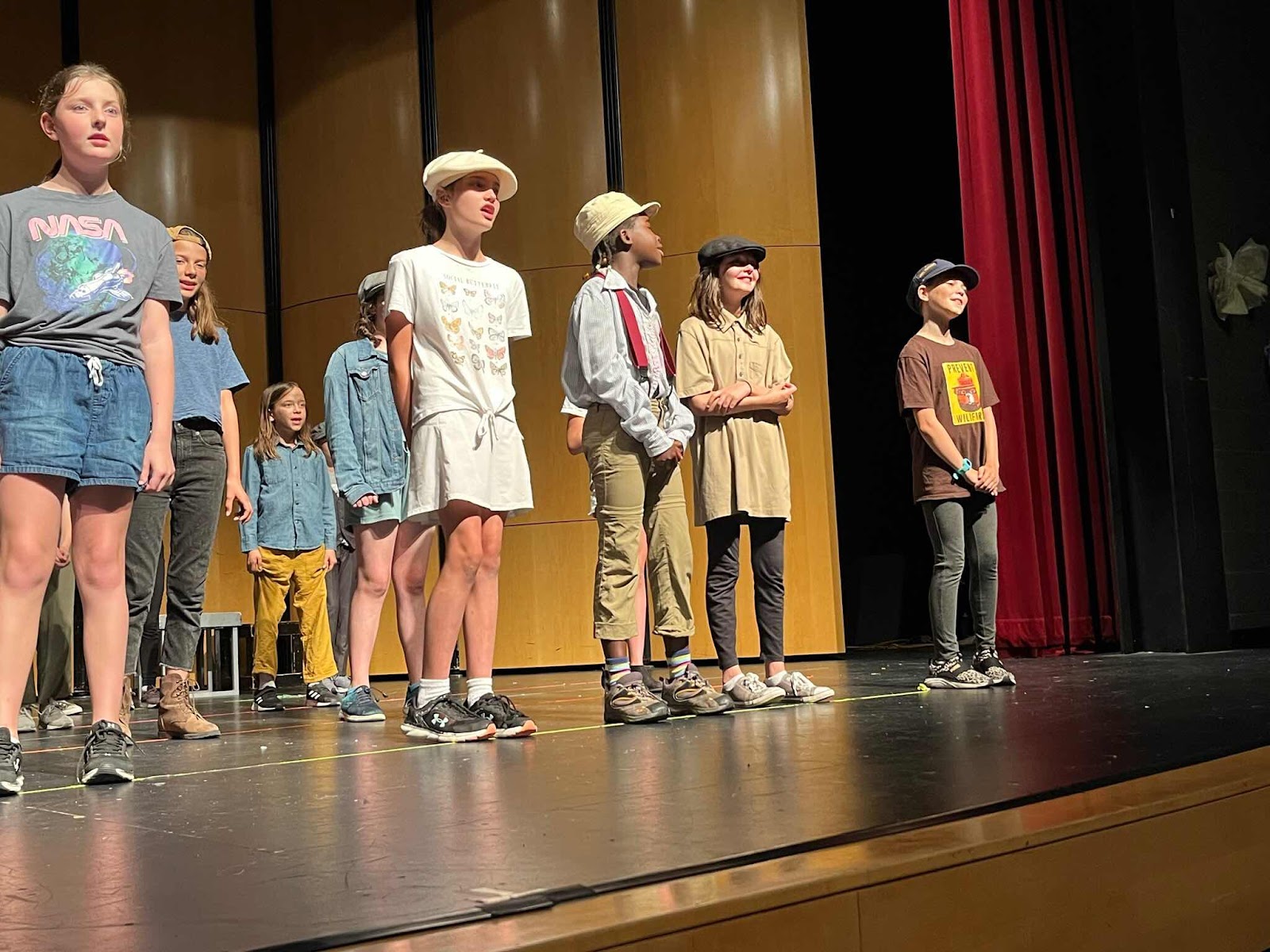 Posted by Bridge Coast to Coast Saga at 5:37 AM