Tuesday, November 11.  After Frisco's walk and about 2.5 miles on my bike, I quickly changed clothes and headed to the clubhouse for the Veterans Day program.  I hesitated to go, since I knew it would be an emotional program and it was, but I'm thankful that I chose to go. To honor Mike's service, I wore his Vietnam Veterans of America pin.
The program was excellent, with the Young Marines (boys that were about 12 years old) doing the color guard, and then a speaker who had served in the Marines.  The point of his talk was to encourage veterans to talk about their experiences to their family and friends, so they are remembered by future generations.  He also reminded them that, no matter what their job was while serving, they gave their country a blank check for their life and it was a sacrifice even if they did not see combat.  He felt that Veterans Day is to honor the vets that are still living and that Memorial Day is to honor those who have passed on.
The next part of the program took place on the stage, where a small table was set with a white tablecloth, a place setting for one, a vase with a single red rose, a candle, and an empty chair.  One of the boys told the significance of each item while another pointed them out.  Here is the story to honor POWs and MIAs:
-------------
The table is round -- to show our everlasting concern for our missing men.

The tablecloth is white -- symbolizing the purity of their motives when answering the call to duty.

The single red rose, displayed in a vase, reminds us of the life of the missing, and the[ir] loved ones and friends of these Americans who keep the faith, awaiting answers.

The vase is tied with a red ribbon, symbol of our continued determination to account for our missing.

A slice of lemon on the bread plate is to remind us of the bitter fate of those captured and missing in a foreign land.

A pinch of salt symbolizes the tears endured by those missing and their families who seek answers.

The Bible represents the strength gained through faith to sustain those lost from our country, founded as one nation under God.

The glass is inverted -- to symbolize their inability to share this evening's [morning’s/day’s] toast.

The chair is empty -- they are missing.

I wasn't able to see the 2nd part of the program and its too bad.  It was 3 women, dressed in 40s style, that did a USO style show.  They had beautiful voices, as I was able to see them sing the National Anthems of the US and Canada.
Frisco had his annual checkup today and all is well with him, except that the price tag was $170.00.  Dang, the money is just flowing through my account faster than I want it to be.
Friday, November 14.  My work week is over, and today, I need to get everything ready for the patio sale tomorrow.  I sure hope that I get rid of some of these things that I don't need to have cluttering up what little storage space I have.
Yesterday was kind of rough, starting the first time that I wrote the date down.  Mike has been gone for a year and 9 months and there are still times that I feel it was just yesterday that we were surrounding him at the hospital, hopeful that he might just pull through that terrible episode and that his sick lungs would be able to support his body.  These days, I stare at his picture for long moments, just studying and remembering those beautiful brown eyes and his crooked toothed smile.  He was my life and is now missing in action.
Sunday, November 16.  The garage sale yesterday went well, but I didn't profit a whole lot - ended up with $48 in my pocket.  Nan and Dale brought over a few things to get rid of and they didn't have too much to load back up in the car.  They had some beautiful Amish baskets that they bought in Wisconsin and thought they would be able to peddle here - they had lots of admiring looks and comments but no sales.  It really wasn't worth the time or effort and I don't think I will do it again.  When the gates were locked again, I headed to the donation box at the nearest thrift store.  It was quite the social event, as the neighbors who weren't having sales were shopping.  A fun time.
Connie and I went to the Gilbert Riparian Preserve this morning and had a nice walk.  Lots of people were thinking the same thing we were, so it was pretty busy.
I heard from Pat when I got back home and learned that he and Ben had breakfast together this morning in Madison and that always makes me feel good.  Ben had gone there to watch the Badgers play Nebraska with his friend Mike on Saturday.  When he got back home, he called me on Fadetime and I got to say hello to the kids too.  Here are the latest pictures of them. 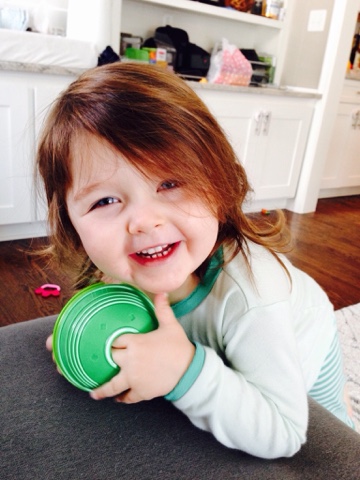 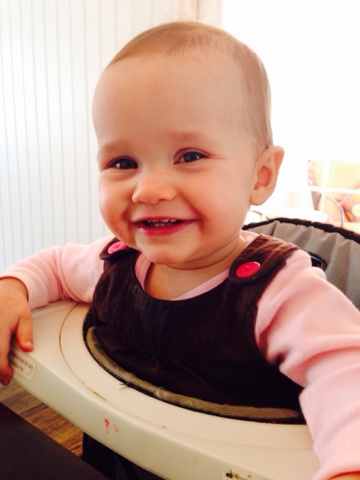 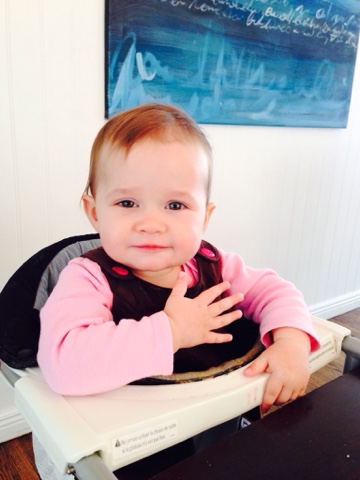 It was a cold day here - well, relatively speaking, that is.  The wind picked up and the temperature dropped while I was sitting out on the patio knitting this morning. I spent the rest of the day in the house, ended up shutting the windows and changing into long pants and a long sleeved shirt.
Posted by Bridge Coast to Coast Saga at 7:01 AM