Monday, July 18.  We are settled in at the North Bay Shore County Park, just south of Peshtigo, the best place we have been at since this trip started and for half the price.  I am disappointed in the KOA campgrounds that we stayed in on this trip, they are usually consistently nice and clean.  The sites were dirt, with very little grass and the hookups in both of the places were very difficult to work out.  This morning, I had to hook up my car and pull it forward about 10 feet in order to dump the tanks, had to run the hose under my camper and then found that the hookup was wiggly - I had to ask Pat to hold the hose down so it didn't jump out and splatter yuck all over the place.  A Shitty setup it was.
This place is gorgeous with level paved sites, nice layout with plenty of space in between, tall shade trees, clean facilities, and right on the western shore of Lake Michigan - I would love to stay here again some day. 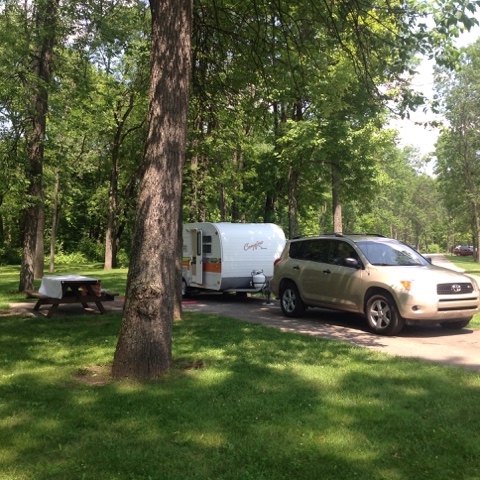 We played cards, had steak, mushrooms, and salad for dinner, and shared a bottle of "Marquette" wine from the Threefold Winery in Stephenson, MI - an Honestly UP wine.  While Pat and I did dishes, Roger got a fire going and we played s couple of games of washers, Pat won both games agains Rog and I.  We took the dogs for a walk out to the lakeshore and watched the almost full moon casting its reflection on the water. Once again, I wasn't able to stay awake long enough to see the starlit sky.
Tuesday, July 19.  Pat and Rog were on the road by about 8:30 and I proceeded to clean my house - boy, did it need it after a week of tracking in sand and dirt and the usual layer of Frisco's hair.  When I finished that, I loaded up all of the laundry and headed into Peshtigo in search of a laundromat.  It was right on the edge of town, my two loads took an hour and I chatted with a friendly local gal and that helped to pass the time.
I picked up a few groceries and stopped at the local museum to learn all about the Peshtigo fire that occurred on October 8, 1871 (the same day as the great Chicago Fire) and more lives were lost in this one.  The docent told me about 1,200 lives were lost, the entire town burned to the ground and thousands of acres of forest were burned.  She told me how the people that survived had to stay in the river, dunking their heads to keep their hair from burning.  They had to stay there until after the ground cooled down and many lost their lives to hypothermia - it is cold around here in October.  The museum carries a few items that were recovered and the cemetary next door has a monument with a mass grave of over 300 local folks. 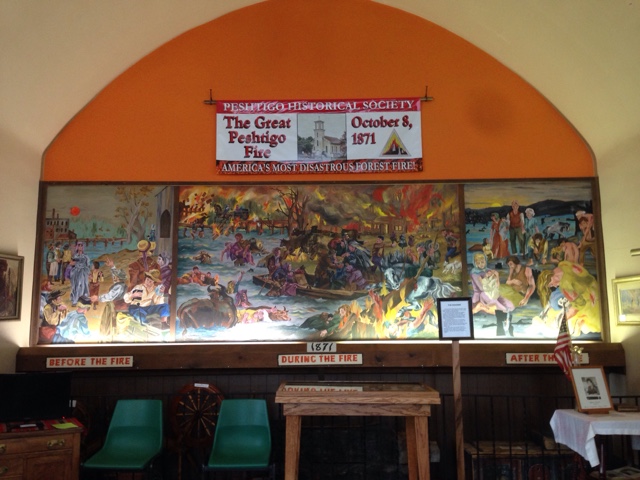 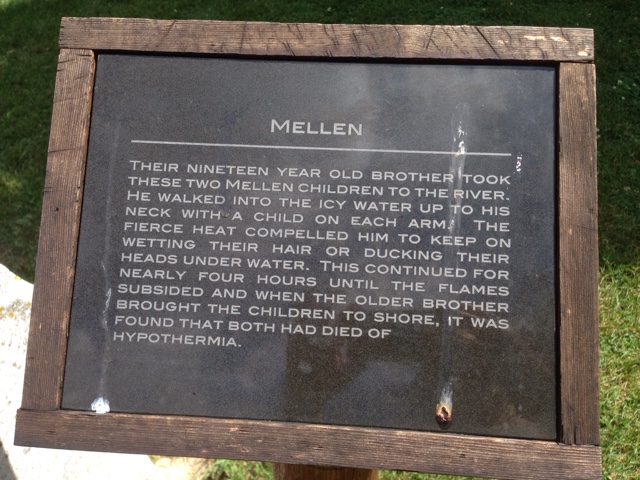 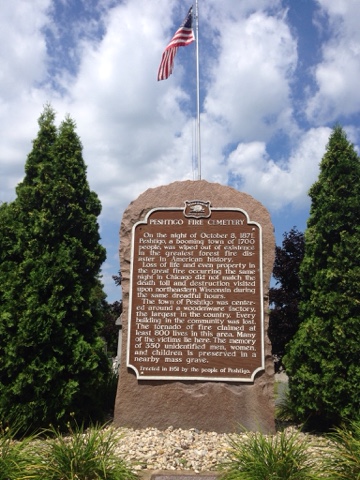 Friday, July 22.  I'm back in Stoughton after a wonderful week and a half vacation with great friends, seeing places that I've never seen before, and enjoying the gorgeous landscape of Wisconsin and Michigan.
I spent the last 2 days with my long-time friend, Carol, near Sheboygan and we caught up on lost time over the last 2 years. There is nothing like seeing someone after a couple of years and just picking up where you left off.  Richard got home from a week of work in Wausau and it was nice to catch up with him too - I hadn't seen him since Mike's Memorial.  They were leaving early this morning for Michigan, so I headed back to Stoughton then too.
I took the long route, through many small towns and then I stopped to walk along the paths at Horicon Marsh, a 32,000 acre wetland that is a nesting area for waterfowl and migratory birds.  I saw several species of birds on my short walk including Canada Geese, White Pelicans, A Green Heron, and various kinds of ducks.  The colorful roadsides on the drive home were dotted with white Queen Anne's Lace, pretty blue Cornflower, yellow Black-eyed Susans and bright orange day lilies, all against the varied green backdrop of grasses, crops and trees. 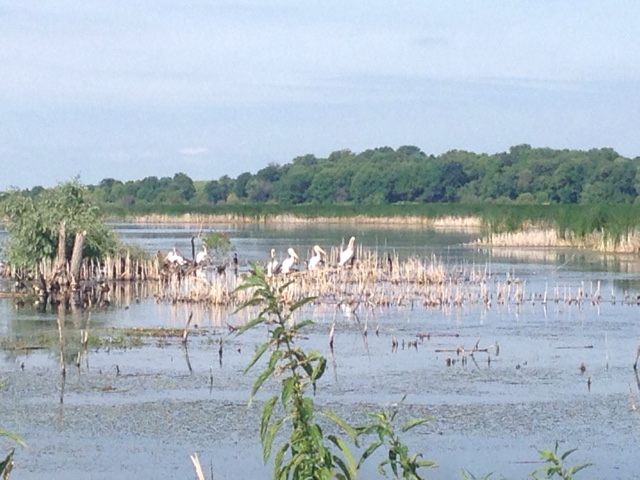 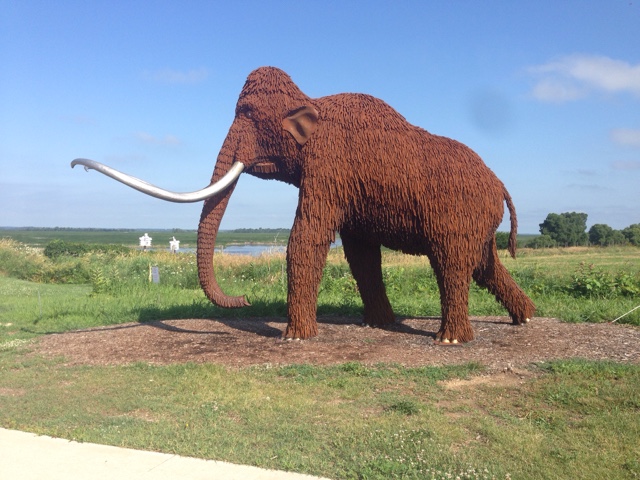 A cool sculpture at the Horicon Marsh Welcome Center.
Posted by Bridge Coast to Coast Saga at 12:22 PM