Tuesday, July 26.  My heart is thumping after witnessing a terrible attack on Frisco by a pit bull and a Great Dane.  Pat and I were walking, across the street were 2 women attempting to get their dogs in the house.  Pat warned me to keep ahold of my dog as I was waiting for a car to go by so I could cross the street.  The woman in the car stopped to let me cross and as soon as I stepped off the curb, both dogs came running toward me and the pit grabbed Frisco by the neck and pulled him right out of his collar.  There was pandemonium as the women tried to get the dogs to let go - yes, they were taking turns grabbing Frisco, and Pat was kicking at random and we were all screaming. Frisco broke away and ran toward the house and when I got there he was sitting on the stoop.  At first, I didn't see any cuts and he wasn't limping, but shortly after, I discovered that he has several lacerations on his neck.
The vet that I saw was my old friend, Claire, and she checked him out good - he has no broken bones and the cuts did not retire stitches. She put him on an antibiotic regimen for the next week.  He is moving pretty slowly and slept right up next to me most of the night.
This experience has reinforced my fear of pit bulls.  They may be very nice pets but are uncontrollable in these types of situations.
Thursday, July 28.  Frisco is done no much better today.  The wounds are healing nicely and he has been a bit more spirited.  I did notice that his bark sounded really scratchy, like his throat is sore. I hope that heals as well.
Savana got home from her trip to Scotland last night.  Unfortunately, her grandmother was having back problems the entire time and they were not happy with the structure of the tour that they were on, unable to spend time at the places that they really wanted to see and very little time for walking around by themselves or doing some shopping.
Today, Pat, Savana and I went to Madison to the Veterans Museum to see a collection of World War II posters that is new and then we walked down State Street to the Chazen Art Museum and took in the collections there.  On our way back up State Street, we stopped at The Parthenon for a gyro, although I chose a Greek salad instead.  Good stuff. 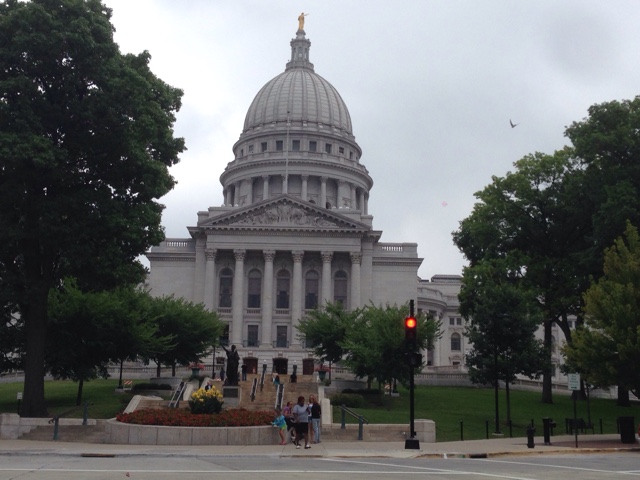 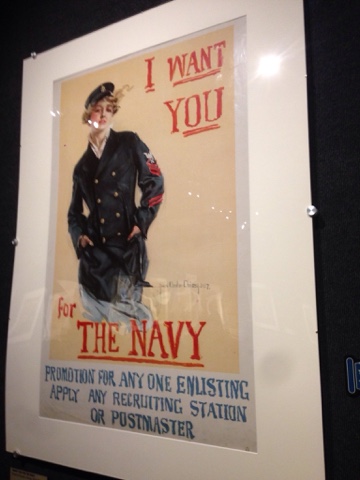 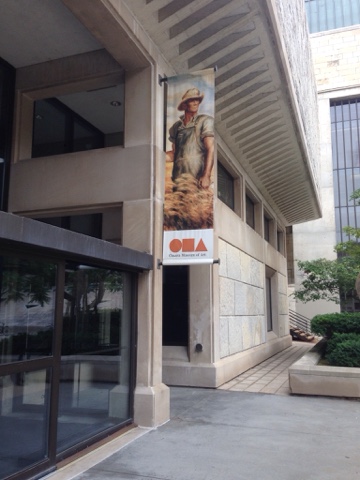 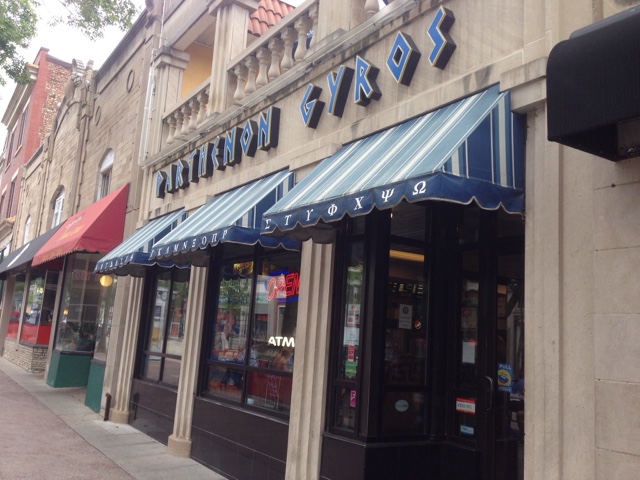 It was a busy night too. I picked Rene up and then met Jonnie, Dawn, and Rich at Rotary Park in Stoughton, to listen to the McCloskey family band, very entertaining bluegrass music.  Then, we all headed to Madison to hear Marcia Ball in Central Park.  We got an easy parking spot, just a half block from the stage and a place to watch the band and boogie for the next 1.5 hours.  What a great time it was!
At one point, I turned around and right behind me stood an old friend of Mike's who I haven't seen since my father-in-law's funeral.
Friday, June 29.  I hooked up the Gypsy and headed out to Kegonsa State Park where Pat and Rog and I are camping over class reunion weekend.  Tonight was an informal gathering at Springers on Lake Kegonsa, where a classmate, Brett, entertained us with his guitar and singing. It was a really good turnout, so much fun, and great to see so many classmates and friends through the years, 50 to be exact.  It's hard to believe.
I also ran into Mike's Aunt Joan and her family, there to celebrate her 83rd birthday. 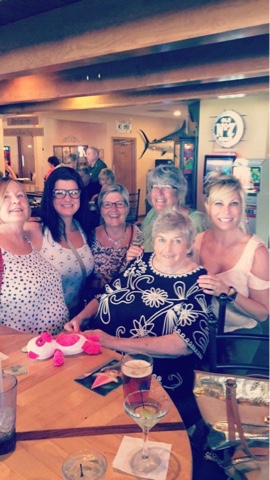 Vicki, Lindsay, Me, Louie, Joan, and Jeri Jo
Saturday, July 30.  The day got off to a slow start since it was close to midnight when we got home last night (thanks to Susan and Dean for the safe ride home).  Pat fixed us biscuits and gravy for breakfast and then we took a nice, long walk with the dogs along the Tall Oak trail.  Back at our campsites, we played a game of 500 Rummy.  Just as we were playing the last hand, Chris and Norm came by for a visit and we sat and chatted with them for a few hours.
They left, Rog left to go to s baseball game, Pat and I took showers and got ready for round 2 of our class reunion.  Tonight's activities were held at the Stoughton Country Club and we had a turnout of 120 people, the best turnout of any reunion yet.  The person who traveled the longest distance came from Okinawa, Japan and the shortest lived just across the street.  There were a few who had never come to a reunion previously.  It was a wonderful, fun evening with lots of laughs and plenty of story telling.  I stole a couple of photos that friends posted on Facebook. 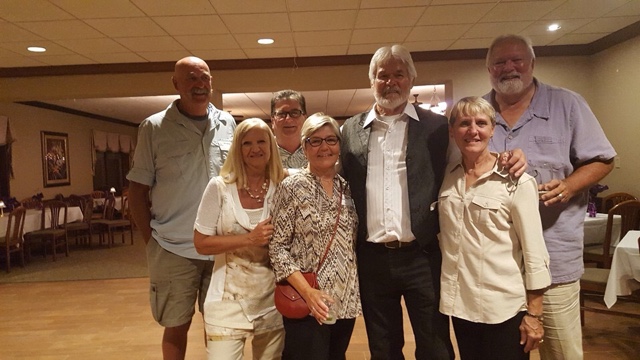