Wednesday, September 20.  Yup, busy, busy, busy, although Monday and Tuesday were not unmanageable and I had a couple of mornings alone. Today, Norah and Camille had coughs and runny noses so they stayed at home today.  They were pretty good, needed a little extra TLC (whining and crying) but mostly cooperative and playing well together.  There are times when Camille, who has a strong personality (in fact, she thinks she is an expert at everything) is a little overpowering at times.  She does things for Norah, when Norah wants to do things for herself. I was very happy when Mom and Dad finished work and I could get myself a break.
Friday, September 23.   I started preparing to empty my room yesterday, making sure that the bedding was clean for the next guests, Leah, (who is a long-time friend of Jill and Ben) and her baby son, Luke.  I will be joining the girls from Milwaukee; Leslie, Linda, Jane and Chris at the River Valley Inn in Osceola, WI for the weekend.  I only had an hour to drive but I left Ben's house around 11:00 and dropped Frisco at the Petsmart Pet hotel in Roseville and did some shopping and some sightseeing along the way.
I drove along the St. Croix River on the Minnesota side and stopped at a few sights along the way.  The St Croix River played a major role in the lumber industry and was used to transport logs from northern woods. 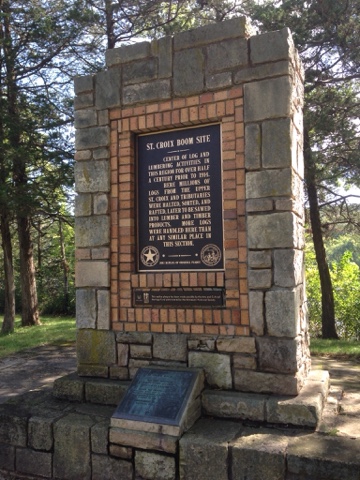 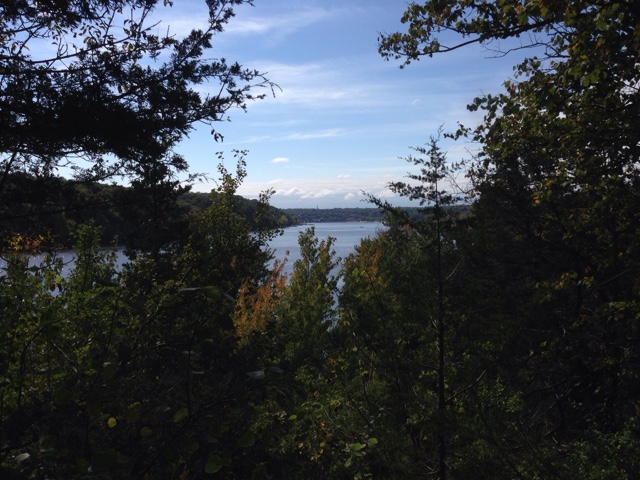 Looking south toward Stillwater from a scenic overlook.
I got to the hotel early, sat in my car waiting, I decided to go to the grocery store but my car wouldn't start. I tried and tried but no go, then I remembered talking with the guy who did my oil change before leaving Arizona. I had asked him to check my battery and he said that it would do no good, that when it goes, it just goes. So, I think that is what happened here.  I called my roadside assistance and they were experiencing very high call volumes, so I decided to wait and see what happens in the morning.
The girls arrived, we checked into our rooms, and then sat around Leslie and My room and had a drink and mulled over the plans for the weekend.  Dinner was right next door at the Tippy Canoe. Unfortunately, my walleye was overcooked and my old fashioned wasn't the best, but it was all ok.
I received news from Bob and Randy that Travis Standlee, the man who murdered my brother, Ray, was sentenced to 50 years in prison and will not be eligible for parole until at least 35 years have been served.  He is also facing 50 years in the upcoming trial of the woman he is suspected of murdering only days after he killed Ray. I am relieved that he will not be drifting around as a free man ever again.
Saturday, September 24.  Wow, I slept in until 8:15 - boy, did that feel good.  First on my list today was to get that battery problem resolved.  My roadside assistance sent someone to jump the battery, a nice local guy who had all kinds of suggestions for things to do and places to see in the area, and he got my car going quickly.  I drove to the Walmart in St Croix Falls, bought a battery and had it installed - only a $93 repair, not bad.
I met up with the girls on Main Street in Osceola and we browsed through some of the shops before going to the train station for our 90 minute ride along the river.  It was so enjoyable and the scenery was beautiful - I bet it is gorgeous when the fall leaves are at their peak colors. 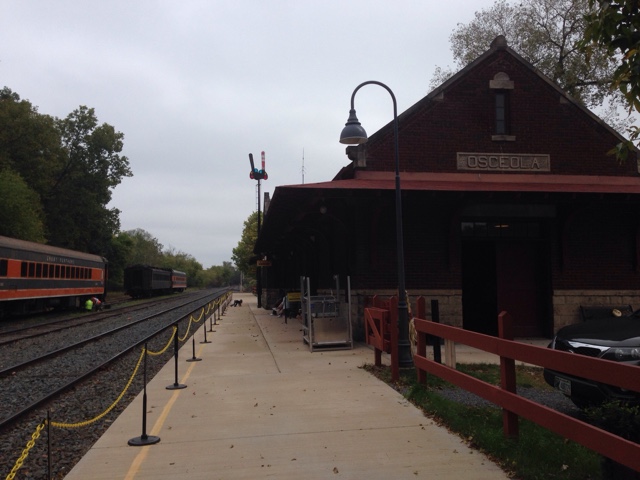 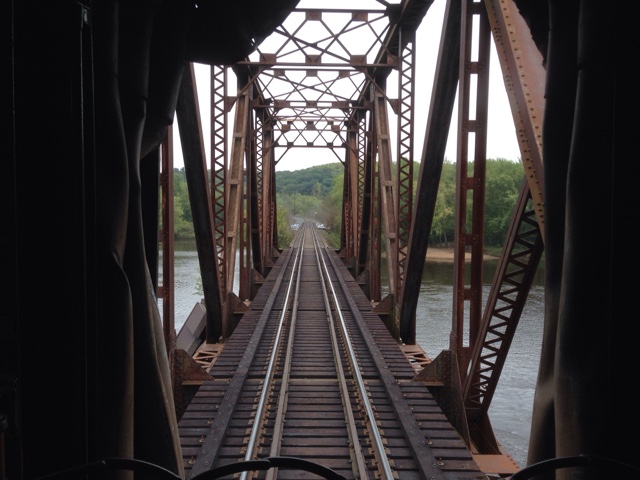 The bridge that crosses the river into Minnesota. 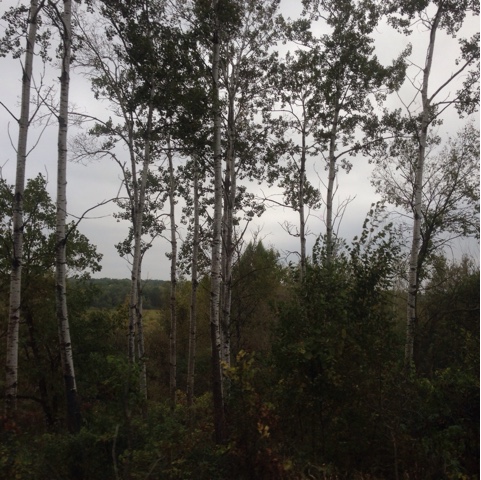 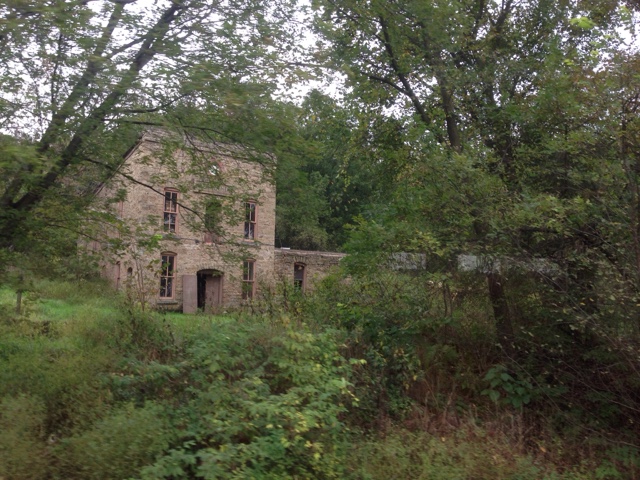 This building was a pump house, distributing fresh drinking water from underground springs to nearby homes and communities.
After our train ride, we headed to St Croix Falls to the Dancing Dragonfly Winery, sampled some of their wines (most were named after dances - like CanCan, Polka, and Foxtrot - and browsed the small art far that was on the grounds - a beautiful spot with fountains and ponds and rows and rows of grape vines.  It was cold, as the wind was pretty brisk and there was dampness in the air from the rain that would be coming through later tonight.
We had dinner at the Dalles supper club and lounge - had a tasty flank steak (delicious flavor, but a little in the tough side) and dinner was served with yummy popovers.  A good day! 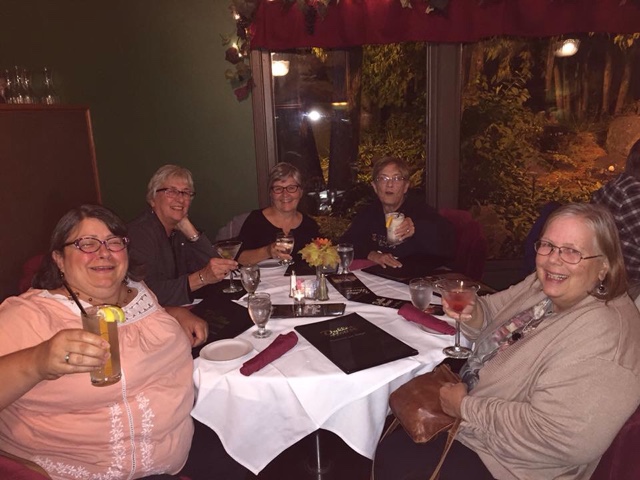 Chris, Leslie, Me, Linda, and Jane
Sunday, September 25.  It was a lazy morning and after lounging around until almost noon, we went across the way to the Tippy Canoe to watch the Packer game. I wasn't real interested, so after breakfast I went back to the hotel and sat in the hot tub with Jane for a while. Then we both went back to the bar and watched the last half of the game.  They gave us a raffle ticket for every drink you purchase and I won a bottle of wine in one of the drawings. I think these girls bring me good luck - last summer I won't $300 when we met up for dinner one night.
The packers won and when the game was over,  took a drive to Interstate State Park, named because there is state park land in both on both sides of the river and in both Minnesota and Wisconsin. What a gorgeous place!  We drove through the park and then parked and walked the Pothole Trail that was scattered with huge boulders that looked like they fell from the sky.  The path led us to the top of the high rock outcrop along the river - it was a long way down.  We did see some potholes - they are holes formed in the granite by water.  One of the potholes was at least 10 feet deep and one was full of water, resembling a small pond. Some of the leaves are starting to turn with the shorter and cooler days - it is fall after all.  I would definitely like to come back here to camp in the future, 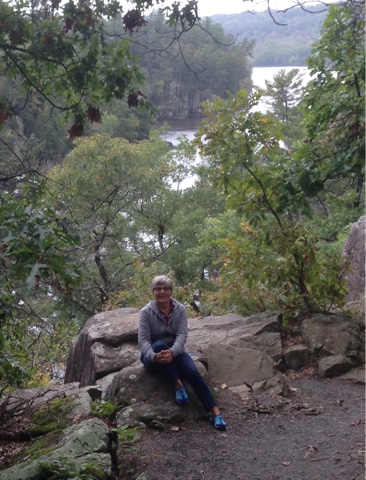 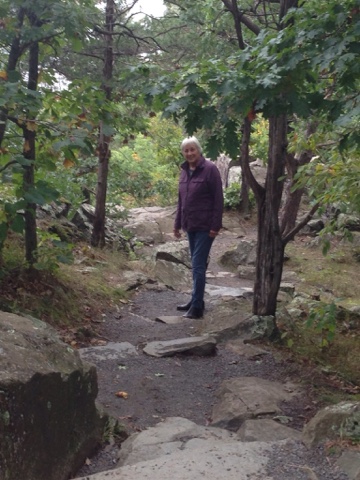 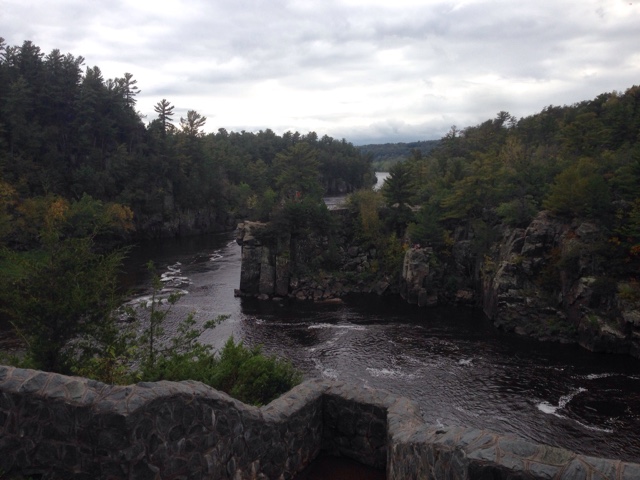 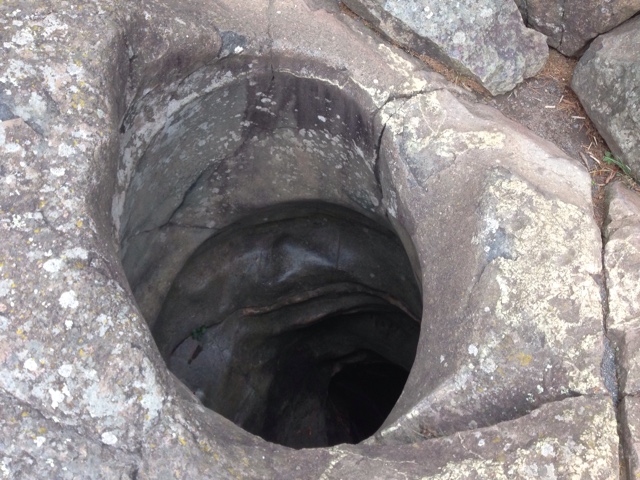 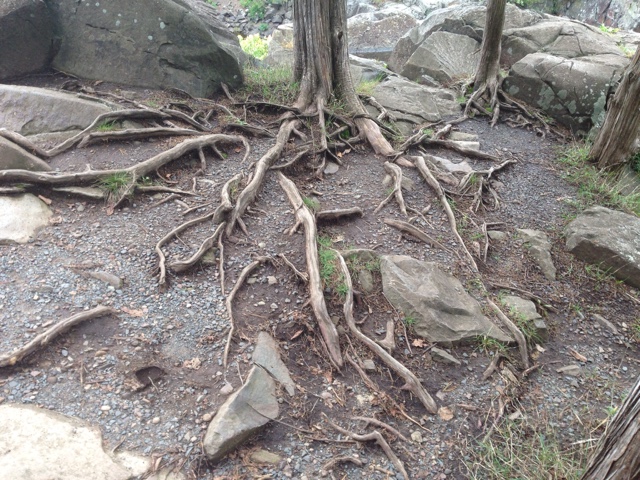 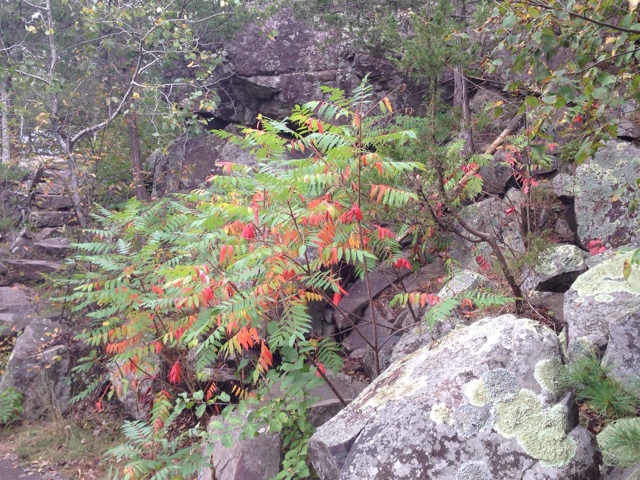 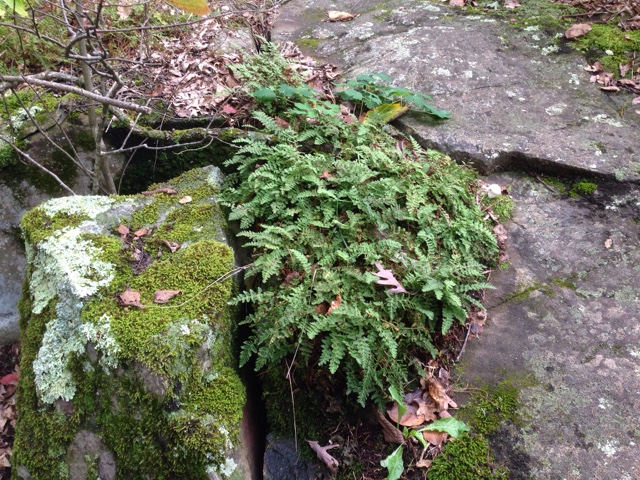 Posted by Bridge Coast to Coast Saga at 6:21 PM