Tuesday, February 8.  Yesterday, Tom picked me up and we drove to Camp Verde to check out the Out of Africa wildlife park.  It wasn't long after getting out of Phoenix that the clouds moved in and the higher in elevation we got, the cooler it was.  When we arrived at the park, we decided to brace the weather and continue on.
First, was a shuttle ride to where we learned about boa constrictors (an albino example), a bearded dragon (another mutant - this one was smooth), and hedgehogs.  We took the shuttle back to meet up with the safari ride that took us through an open area where the animals roam freely.  The giraffes stuck their heads in the open  car so we could feed them plants - they were the only ones that could be fed, since they have no upper teeth and don't bite.  Our tour guide was very entertaining with lots of jokes about the animals, she gave the zebras and ostriches goodies when they came right up to the vehicle. The water buffalo and some of the others just lounged around wherever they were and we got to see a lion and 2 lionesses getting to know each other - with hopes that they will be able to mate in the future.
After some lunch at the hot dog stand, we walked around to see the animals that we had missed - gray wolves, lions, tigers, reptiles, hyenas (much larger than I thought they would be), and some monkeys. 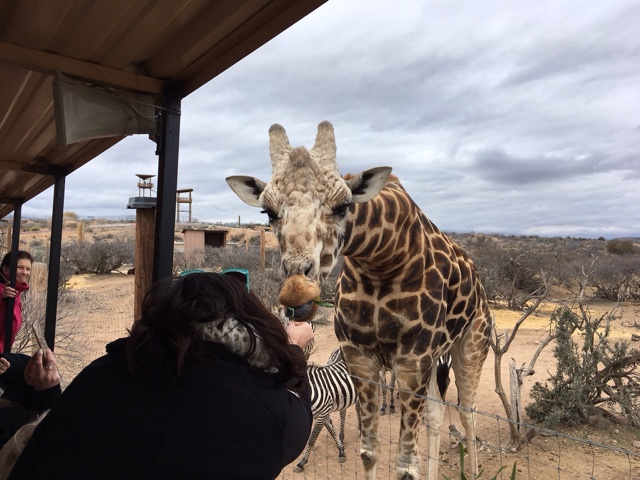 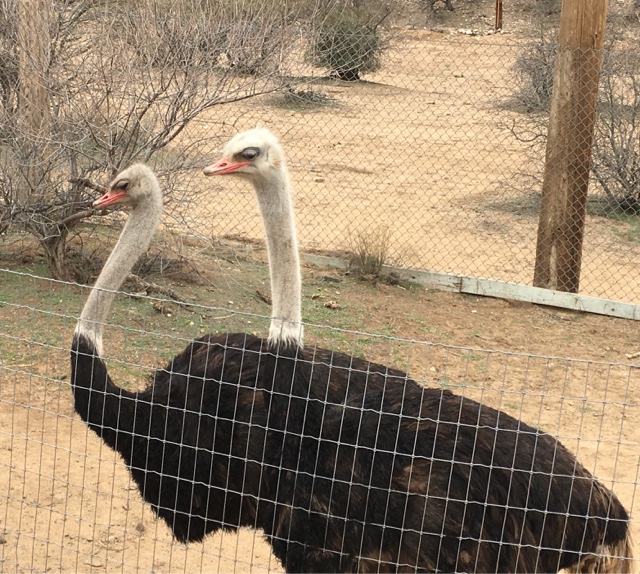 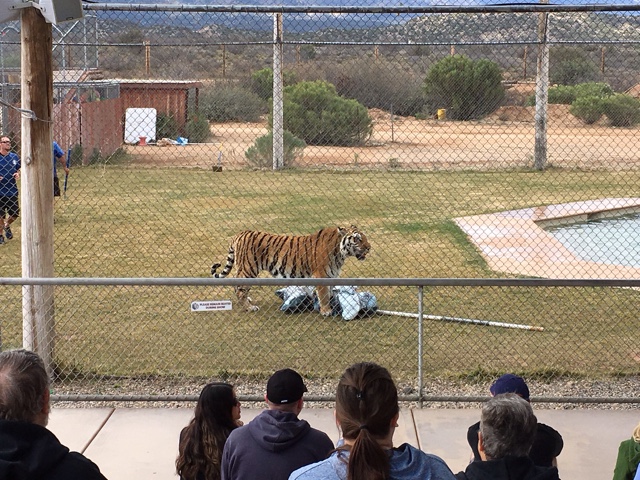 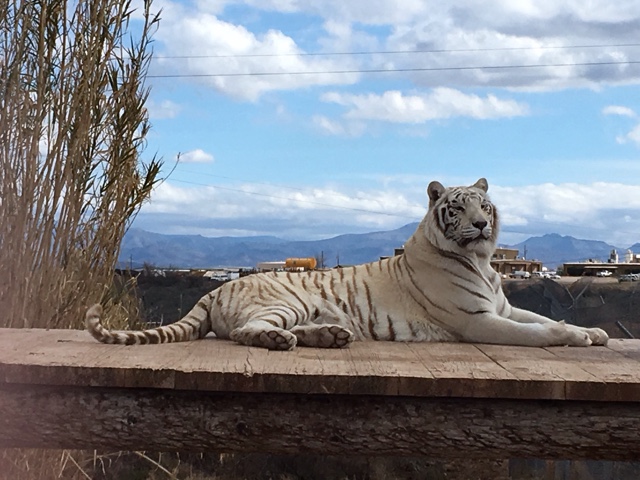 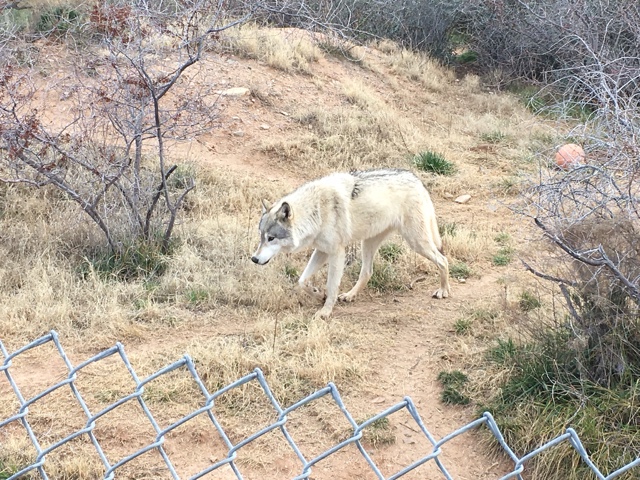 Before heading back home, we took the scenic route up the mountain on a dirt road to Cherry - it is beautiful up there with dense, green forest and lots of rocks jutting out from the hills.  It was a great day, haven't done anything like this in a long time and it was a fun time hanging out with Tom.
Friday, February 10.  I lost a dear old friend this week. My 25+ year old Oreck XL vacuum bit the dust.  When I was cleaning at Sylvia's house on Wednesday, it started to smell like it was burning, so I assumed it was the belt and replaced it.  Then on Thursday at Carl's house, it seemed to be working just fine, then started making a strange sound.  When I got back home, I asked Tom (a tinkerer) if he wanted to take a look at it. He returned it yesterday with his head bowed and his hands in a praying position - it was dead.
I got on Craig's list, contacted the first ad that I found (the most recent) for a hardly-us, 5-year old XL, complete with 4 new bags. I met the guy at the Walgreen's parking lot and we made the deal. Easy, peasy! 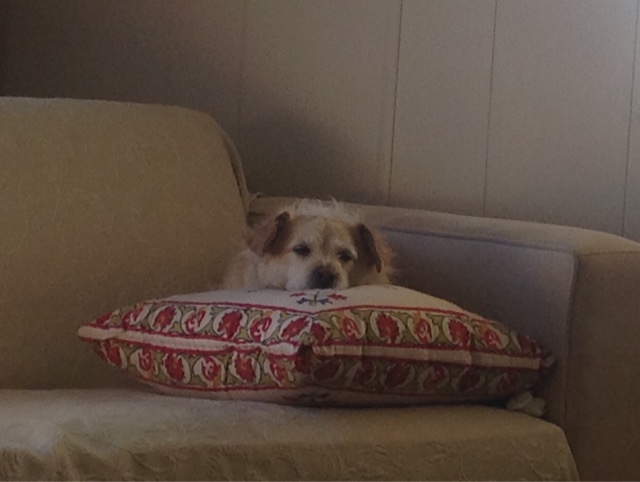 Frisco after dragging himself out of bed this morning.
I went to dinner with Jim and Sue last night to Painted Mountain Golf Club and it turned out to be the worst that I have had there.  Our fish came to us cold, so the waitress ordered fresh, and we waited and waited. Then the Chef came out and apologized and then we waited some more. I was full by the time it got to us and brought it home with me.  Sue ordered a 2nd beer, and it never came.  Not the best experience that I've had there - too bad.
They came in the house with me when we got home, had a beer, and I poured myself a glass of wine, and then my stomach started to feel pretty bad. I took my tried and true cure, some vinegar water but still didn't have much relief. And then right after Jim and Sue left, it hit - an intestinal flu-like episode and I spent the next 2 hours on the toilet with wastebasket on my lap. Grrrrr! It finally settled down so I could go to bed and then I was right back at it at 3 am.  Now, Saturday morning at 11 am, I am drinking tea and trying to feel human again. Frisco got a short walk, and he was lucky to have that.
Sunday, February 12.  Whatever this is, it has knocked me on my ass.  Feeling better, feeling worse, hungry, eat, upset stomach.  Grrrrr!
Posted by Bridge Coast to Coast Saga at 4:14 PM