OSunday, June 4.  My road trip started on Thursday when I drove to Montello to Pat and Roger's Shady Rest, an adorable log house nestled in the woods. They have done a lot of cleanup since I last saw it, mostly of trees and branches outside. After taking the dogs for a walk, we sat on the porch and enjoyed the day and being together.  We had a great fire in the fire pit, Old Fashions, and lots of talk and laughter. 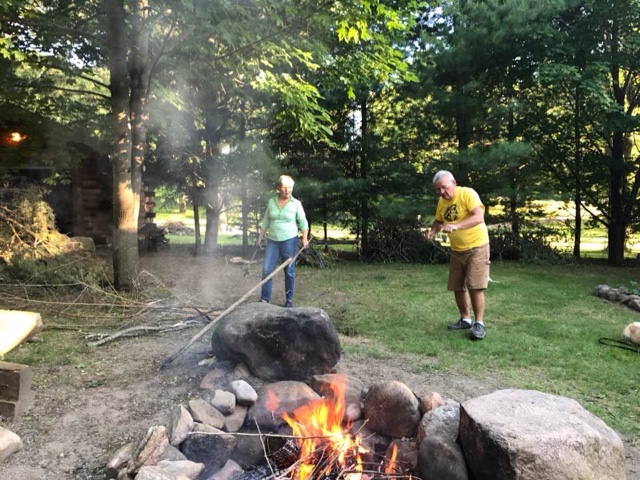 On Friday, we went into town and did some browsing around - there is not much to offer but the Granite Falls, right in the middle of town are beautiful.  Later on in the afternoon, Jim and Sue showed up and we visited and then headed for the Rivers Bend restaurant where I got to have Walleye for dinner and it was yummy.

After dinner, I headed to Sharon's in Portage and we will be leaving in the morning for our road trip to Memphis, Nashville, and Bruce and Carmen's cabin in Indiana.  Sharon was at her son, Chad's house so I met her there and got to see him and Becky,

Cody, and Brianna - nice to catch up with them again.

Some heavy storms came in overnight and while we were enjoying our coffee on Saturday morning, the power went out and we were unable to get Sharon's car out of the garage. After waiting for an hour, we decided to take off in my car.  Abut 20 minutes out of Portage, her neighbor called to say the power was back on but we kept right on going and drove as far as Festus, MO a bit south of St. Louis.

Today, we only had about 4 hours to go and about 30 miles into Arkansas, we saw a sign for Johnny Cash's boyhood home and took the next exit.  We got into Dyess but the museum was closed and the house is not right at the museum, so we drove around until we saw a couple out in their yard and we asked for directions to the house.  Back on track, a long, narrow gravel road led us right to it.  A nice looking place in the middle of nowhere - I'm sure it has been cleaned up a lot since he lived there. 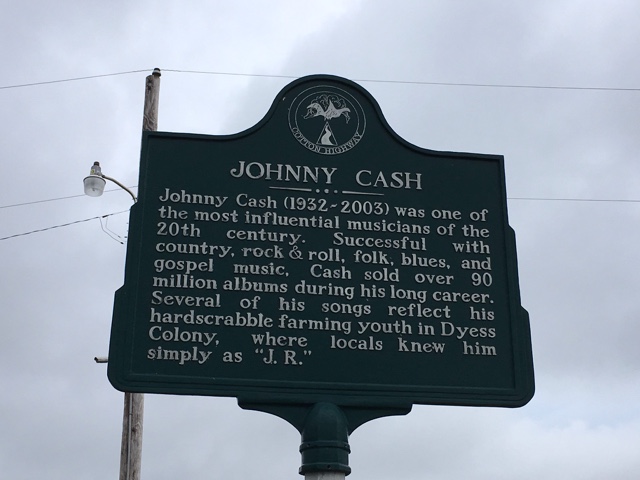 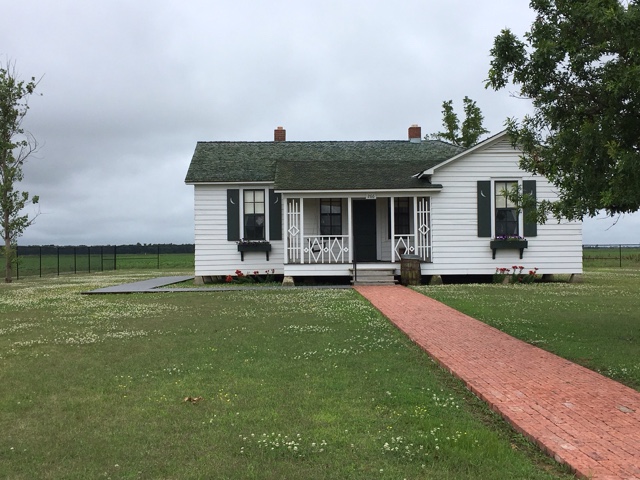 We only had a few miles to go and the rain was pouring down, when my windshield wiper (brand new before I left Mesa) broke.  The clamp that holds it down kept popping up and before long, it popped right off.  I had even stopped to check it and it felt tight, so I headed on.  A very nice man at the gas station helped me out and we switched the one from the passenger side to the driver's side and I wrapped some paper towel around the exposed bracket so it wouldn't scratch the windshield.  While I was doing that, I heard a guy say, "you must be a country gal to be tying that up with fishing line" and I told him that I used dental floss and we got a good chuckle.  He offered to go down the road to an auto store to get me a wiper, but I wanted to have it replaced under warranty, so I drove with the arm standing up, with a big old bandage on it. Sharon and I just cracked up laughing at the sight of it.  Thanks to the GPS, I found an O'Reilly's in West Memphis and they replaced it for free. 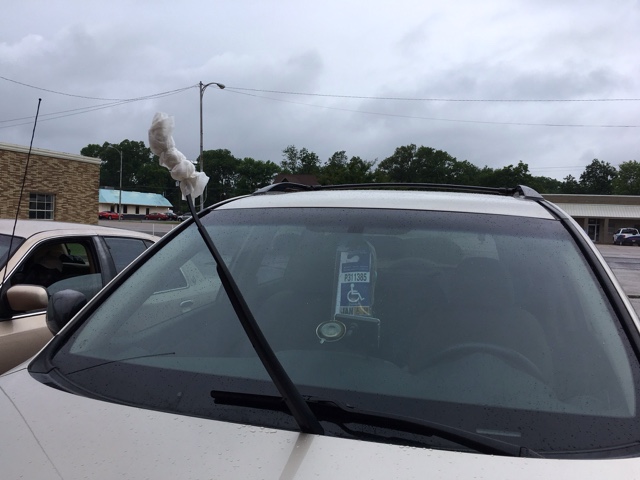 So then, as we were heading to Graceland, we went right past Sun Studios, turned around, parked and went on the tour. I had been there before but it was still an entertaining and great tour - the place where Rock and Roll started and is still going strong today. 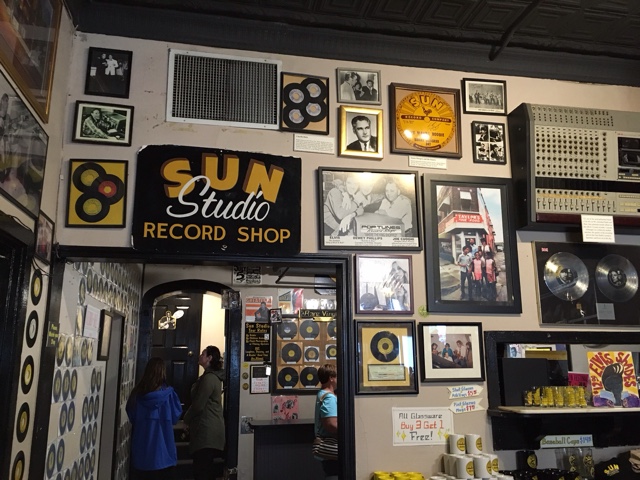 After settling in at the Guest House at Graceland and our very nice room, we headed down to the restaurant for a bite to eat, a beer, and listened to some good music in the lobby. Quite a day!

Posted by Bridge Coast to Coast Saga at 6:00 AM