EThursday, October 26.  Back on Monday, we were looking at a 6-7 hour drive back to Mesa - a bit much when you are towing a trailer. So we decided to only go as far as Overgaard, just east of Payton. The RV park only had one site, so we parked mine and I stayed with Tom in his because he had the water/electric hookups.

So on Tuesday morning, we only had a 3-hour drive back to Mesa - a beautiful drive that took us through the White Mountains, the Mogollon Rim country, Matzatzal mountains, several canyons, the Tonto National Forest and back to where Four Peaks and Red Mountain were in sight. Beautiful country and I enjoyed every mile of this part of the drive.

Back in Mesa, we parked at Tom's and began unloading. Yes, I am going to be staying with him and not with Arlene.  Over the past 2 months, we both realize that we really enjoy being together and we are going to see how things go for our relationship over the winter.

Tom turned on water, plugged in the fridge and did all of that opening kind of stuff and I started to unload and haul stuff inside.  After a while, we checked the fridge and it was not getting cold, we checked later- same thing, guess it is dead.  Also, there is no hot water because the gas company has to turn it on and check for leaks.  So, we left his trailer parked in front and used that shower.  I took mine to the storage lot but left the food in the fridge, running on propane.  And we proceeded to clean and get the house in order.

Yesterday, after having coffee and good conversation with Arlene and Sharla, we went to Mesa TV and Appliance and Tom bought a new fridge (after a repair person told us that it couldn't be repaired - the condenser was shot.  This morning, we were up and about by 7:00, the new fridge was delivered by 8:30 and a  Mesa Gas employee showed up shortly after that.  Yay, there were no gas leaks, so there will be good, hot, showers tonight!

Saturday, October 28.  We're starting to feel a bit more settled, getting things sorted and put away, finding out our differences, preferences, and making Tom's house a home for the two of us.  We are making progress.

The Highlands Halloween Party was last night and we started off with pizza at Jan and Jim's with Connie, Kathy, and Jackie.  The party was lots of fun and I never did get around to getting a costume together.  Karens offered me a long skirt and hippie vest but it felt way too hot when I tried it on.  The band, The RVees was great, playing lots of fun dance tunes and I think I danced every one.  It was quite nice to have a guy to dance the slow ones with (smiley face). 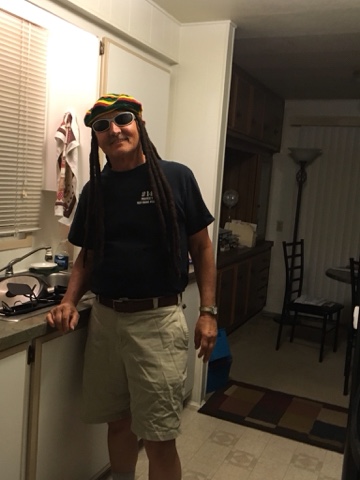 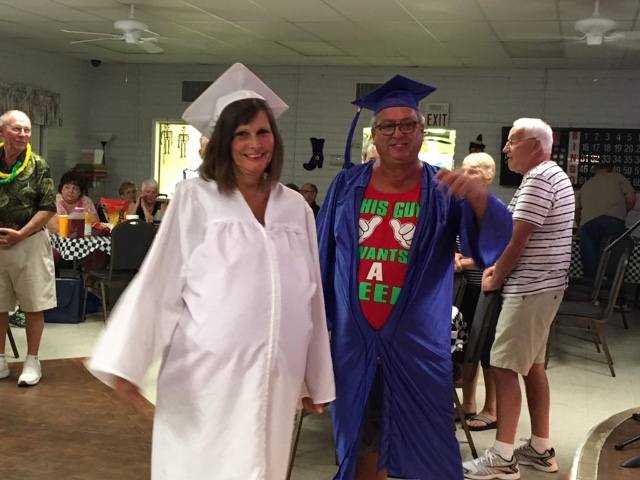 Our HCC President, Dave, and his bride 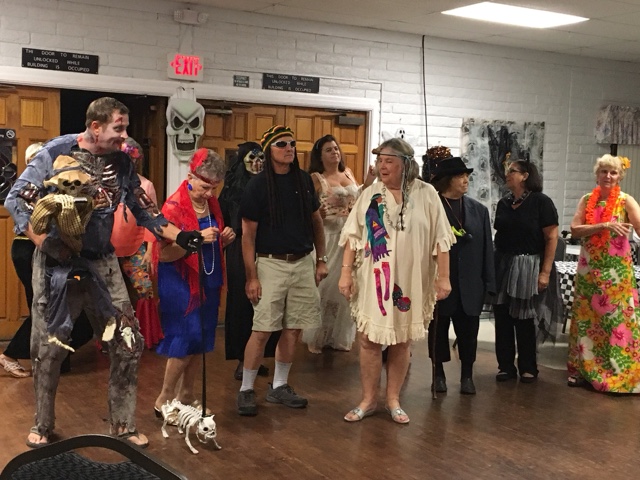