I cleaned Karen's house for her yesterday and boy, was I beat when I finished.  It's not that it was that big of a job - I'm just out of shape for doing that kind of a job.  It is now added to my calendar as a regular every other week job.

Also, on Monday, we took an ELS bus to San Tan Flats with 22 residents and friends from Highlands and a few folks from Monte Vista (they were complaining that the bus left 4 minutes late -not a good way to start out).  The food, company, and beverages were very good.  Naturally, the Highlands folks were having lots of fun and not quite ready to leave when the Monte Vista folks were already on the bus.  And then, we were a bit rowdy on the ride back too - they probably won't want to go with us again. 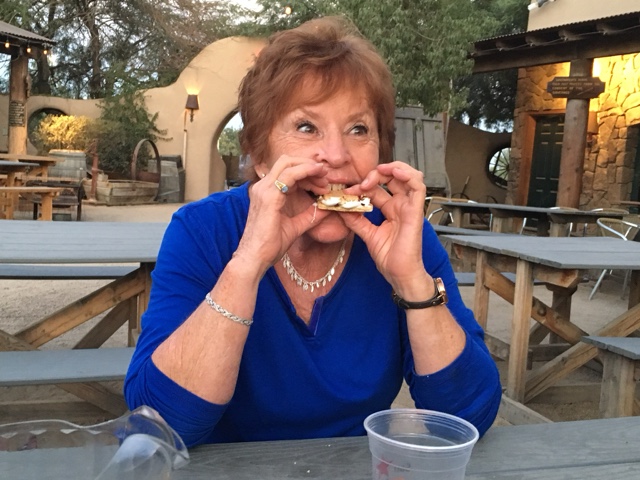 Jan is enjoying her S'More at San Tan Flats

This morning, I cleaned Jacki's patio for her - a 3-hour job and one that she can't do herself.

I went with Tom to his Holistic chiropractor appointment this afternoon to see if I might be interested in his treatment - a very different approach that focuses on total. Mind, body health. Tom has been going for years, but for me, it would be an entirely new process to introduce with possible recommendations for different supplements. At this point, I don't think I want to upset the apple cart that is my body and change to a new and different regiment at this stage of my life, although it all makes sense.

We met Pat and Rog (they just got here yesterday) for Taco Tuesday at Simpletons for dinner.  Great to see them again - looking forward to many good times over the winter. 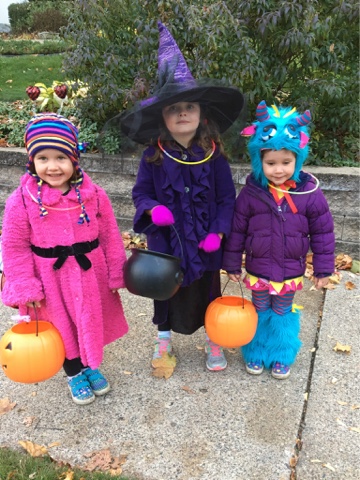 My 3 little trick or treaters in Minnesota - Camille, Charlotte, and Norah

Saturday, November 4. We've got wifi again!  The technician had  to come by and check connections and he did find some cables and connections that were damaged, so he fixed them and we are now connected. We might buy a new router since Tom's is pretty old, but for now, it is working.  Having wifi led the getting the Roku setup on the TV but that led to another issue - Tom was unable to adjust the screen size on the TV because the remote wouldn't let him access that setting - the picture is too large for the screen.  So, he has a replacement remote control ordered.

We both had lists of things to do on the internet, so that took a lot of time on Wednesday.

Since Tom is considering selling his house, we have been discussing options for where to live after that. I definitely want to spend time in the Midwest during the summer and we both want to be in Arizona in the winter.  Over the next few months, we plan to check out the Camp Verde, Sierra Vista, and Apache Junction areas for rental and RV options.

So, on Thursday, we took a drive up to Camp Verde and checked out several RV parks and decided that our first choice in that area was the Verde River RV resort, a place that we have both stayed at in the past, but is now under renovation and will be a beautiful park and facility when they reopen in February of 2018.  We stopped at the Rock Springs Cafe for some Jalapeño Poppers and a piece of cherry pie before getting back to Mesa.  It was a productive and enjoyable day. 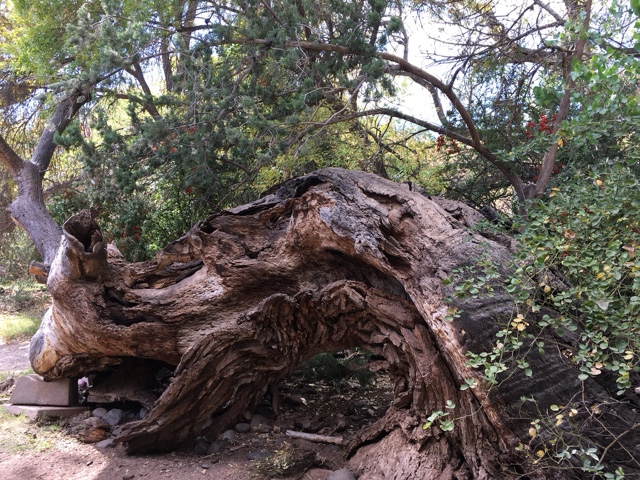 Friday's highlight was to meet up with Chris and Norm and Pat and Roger for fish fry at Simpletons.  We had a good dinner and great conversation and lots of laughter.

Today was another day to explore RV and mobile home parks in Apache Junction.  This trip resulted in a few parks that we would consider - all of which would be a savings on housing expenses and nice places to live.  After dinner, Tom discovered a few others that have been recently renovated that we should check out in the future.

Posted by Bridge Coast to Coast Saga at 4:25 PM