Monday, September 9.  When I woke us the morning, I got to thinking that this should be the day to go visit my cousin, Donna. She is 87 years old and has had a rough year after breaking her hip, falling and re-breaking her hip, and then developing an infection that has had her down for the last 6 months.  So Jonnie and I went up there and spent a couple of hours with her and had a wonderful visit - lots of reminiscing and discussion about how fortunate we have been in our lives to have such a large circle of family that has stayed connected through the years. 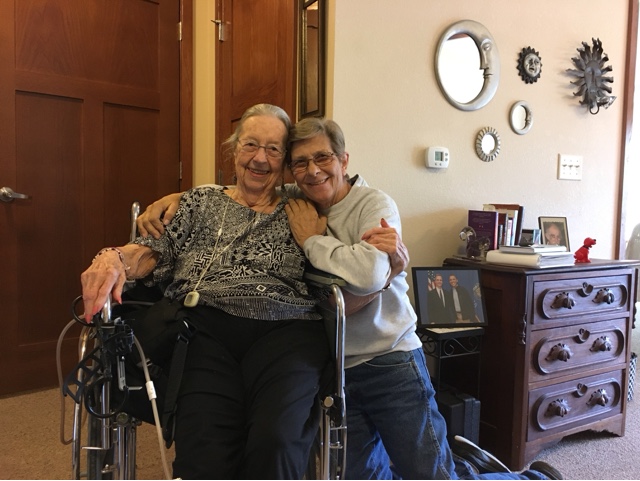 Thursday, September 12.  Whew! It has been a busy week of visiting with friends and family from morning until night.

Tom and I walked the Yahara River Trail on Tuesday morning without getting bit up too bad by mosquitoes. They have been awful here this last week. 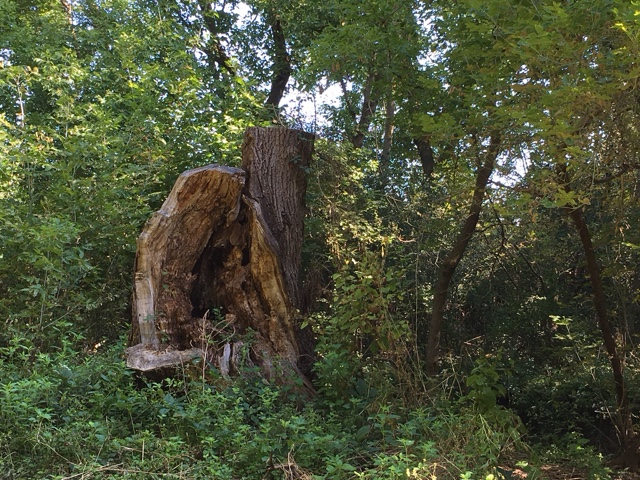 A gnarly tree stum on the Yahara River Trail

I was lucky to be in town for the monthly classmate gathering at Culver's, as Pam calls it 'the 66 girls' meetup.  Nine of us showed up this time (Pam, Jerry, Virginia, Georgia, Pat, Mary, Judy, Bonnie, and me) and we discussed the latest health issues, folks who have died, who has seen or heard from other classmates, who has boyfriends (both Pam and I), who would like to have a boyfriend, and who doesn't want anything to do with them, and just general topics and lots to laugh about.  After that meet-up, I met Doug at the Nauti-Norske for a beer and a good chat. It's always nice to see old friends when I get back to town.

I went back to the campground, picked up Tom and Frisco and we headed to Pat and Tracey's house for Papa Murphy's pizza for dinner and lots of story telling.

On Wednesday morning when I was walking Frisco, I met up with Sue and we walked together, deciding that we were running out of time and just had to get together once more before we part ways until we see each other again in Arizona in February.  So, after Tom and I got our laundry chores out of the way, we headed to their site and sat around talking for a couple of hours.

I went to see Fran after that but she wasn't feeling the greatest, so we had a very brief visit, but I just wouldn't feel right if I didn't get to see her while I was in town, after all she is my oldest living cousin - and I love her!

I really wanted to have Walleye for dinner one more time before leaving the area, so Tom and I went to Banushi's Bar and Grill.  Unfortunately, I had to send my fish back to the kitchen because it was undercooked.  It was very tasty and enjoyable in spite of that.

As we were leaving the restaurant, I got a text from Dawn and she wanted to get together, so she came out to the campground. I scrounged up some firewood from fire pits at other vacant sites and we had a nice fire, some wine, and lots of great conversation.  The stars were bright and beautiful and we even watched the International Space Center fly across the horizon.

Today was another full day, starting with a meet-up with Mike's family - Tom, Karen, Sharon, and Becky at the Breakwater in Monona.  Lunch was good and the conversation was even better.

And then we had dinner at Pat and Tracey's again tonight. Pat grilled steaks and Tom and I picked up a couple of salads and we had a great time.  We could have talked into the night, but tomorrow is an early day for all of us.  We got in some good hugs, as they have to last until next summer. I don't like saying goodbye.

And tomorrow we start our trek back to Arizona, but with lots of stops in between.

Friday, September 14.  Goodbye Wisconsin and Minnesota - until next year. 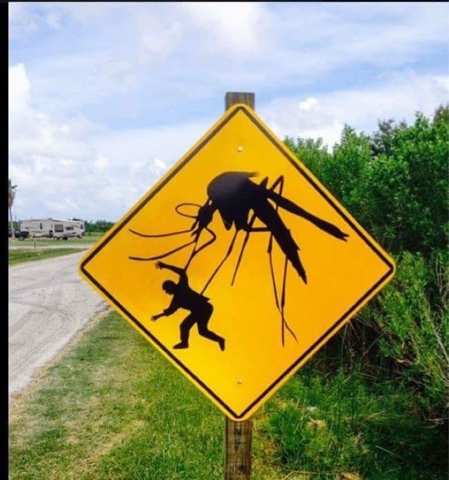 A first - we said we were leaving at 9:00 and we DID! Up at 7am, trailer was already hooked up, and we hit the road.  I had a bit of a sinking feeling when I called the Buffalo Shores Campground at our first stop at the rest area near Dubuque and they told me they were pretty full and there were only a few sites left.  Also, Tom did his usual check to see if everything was all right with the trailer and found a bad spot on one of the tires.  I was impressed at how quickly and efficiently he took care of business and exchanged the bad tire with the good spare.  I guess I shouldn't be surprised as he spent his life doing those things.

As we got closer to Davenport, I called the campground again and they had no sites.  We pulled over and looked at the 'Plan B' options and got 1 of the last 2 sites available at the KOA in Rock Island, IL.  It is 85 degrees and this is the last weekend that the pool is open, so it may end up being a good choice. We have a nice, concrete slab site and I didn't notice any insects as we hooked up. 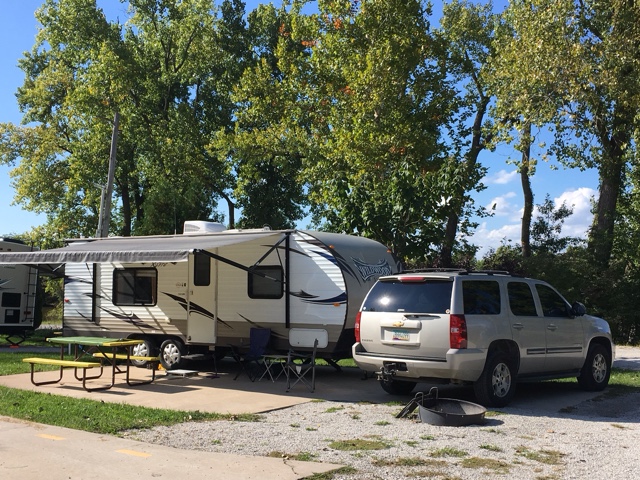 Saturday, September 15.  The last thing I wanted to do this morning was to get up early and I was quite satisfied with a full night of sleep that lasted until 9am this morning.

We took our time and reviewed some of the literature we got from the park and decided to go see the Celtic Games in Centennial Park in Davenport and were glad that we did.  We wandered the grounds and checked out the information booths where you could get ancestry information, watch demonstrations of 'old' crafts such as tin smithing, black smithing, weaving, knitting, chain mail and others.

Competitions were ongoing - and we watched lots of strong men and women dressed in kilts throwing heavy objects over poles that kept getting higher and higher, some competitions were measured for distance like the giant telephone poles that had to be hoisted and thrown end-to-end. Whatever - they all took strength and momentum. The air was filled with the sounds of bagpipes. 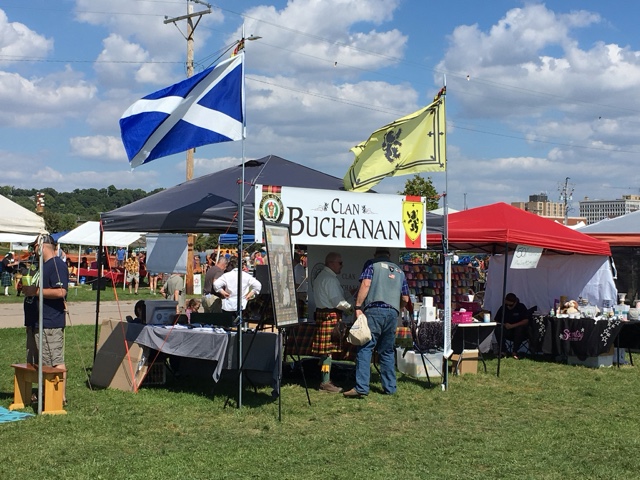 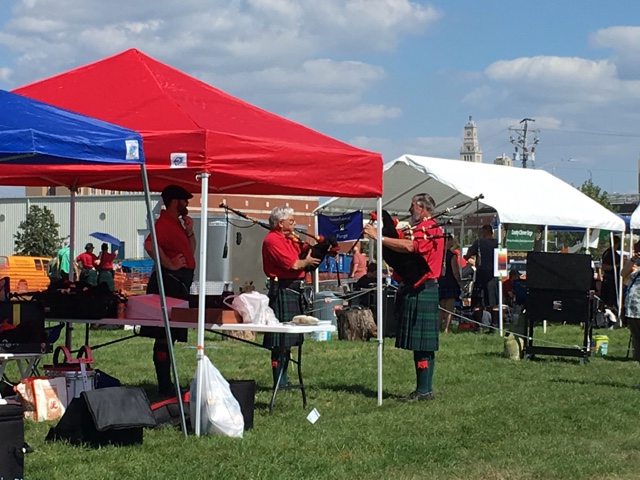 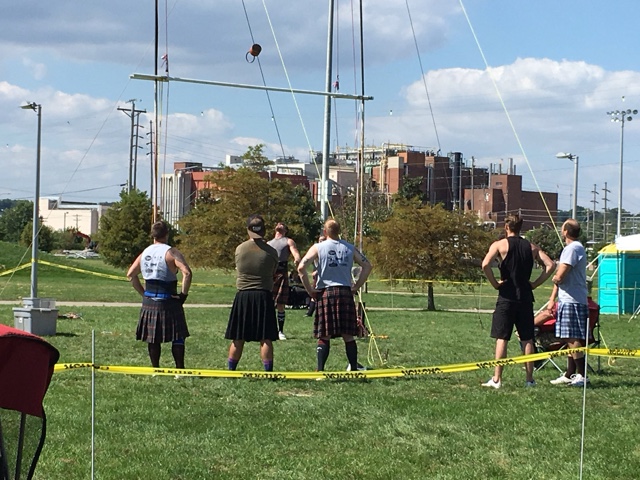 We grabbed a couple of Cornish Pasties and a glass of Smithwicks (pronounced Smiddicks), found a shady spot to sit, and watched some hornpipe dancing and Highland fling dancing - it brought back memories of Rene and Bob doing the Highland fling as taught by the Irish Nuns when they went to St. Ann's Elementary School in Stoughton.

Sunday, September 16.  Another sloooow start to the day and when I walked Frisco around 9:30, I realized that this park is almost empty already. That is the way with the KOA Campgrounds.

This afternoon, we headed to Wildcat Den State Park because there was a Buckskinner's Rendezvous going on.  It has been many, many years since I have been to one and it brought back many memories for me: loading and shooting Mike's black powder guns, tomahawk throwing, drinking moonshine, smoking kinnickinic, shopping for primitive tools and jewelry, and wandering around and talking with the buckskinners. 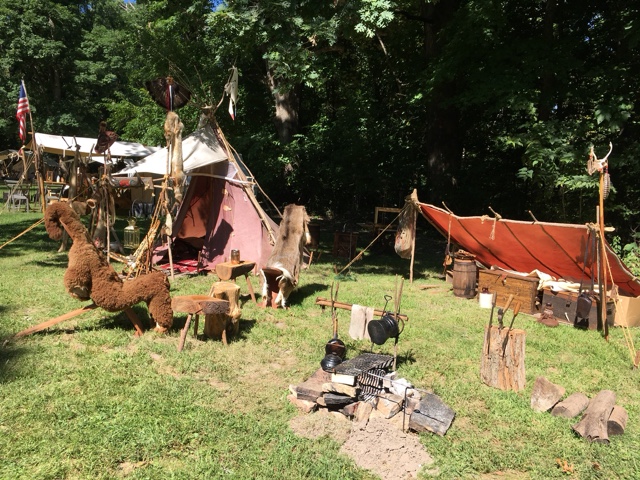 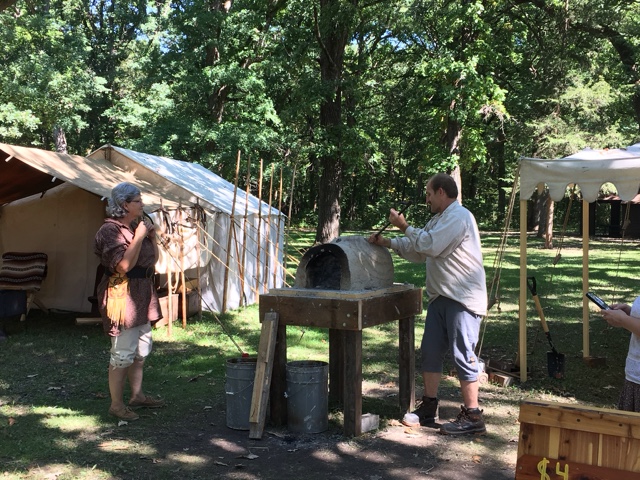 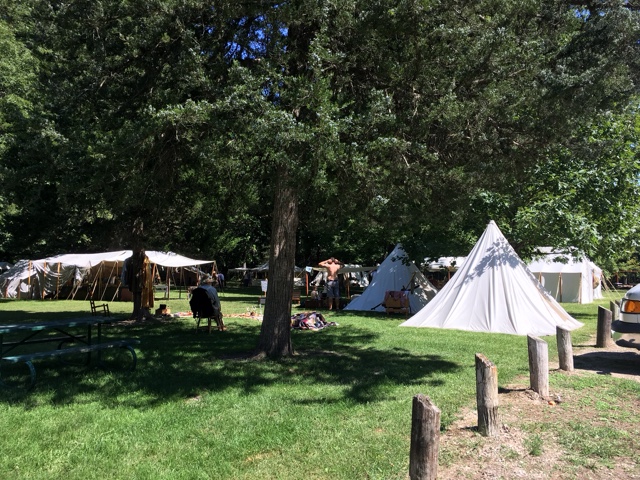 Going back in my history- Mike was a black powder enthusiast for several years, owned a flintlock rifle and a 45 caliber pistol. We did a lot of target shooting, bullet making, cloth cutting, and powder measuring and I must say that I was a pretty good at loading and hitting the targets.

Apparently most of the competitions were done on Friday and Saturday, as today was pretty quiet. We strolled around the encampment and then walked one of the hiking trails. It is a beautiful park with giant old Oak trees that provided lots of shade and a very nice setting for the rendezvous.

Posted by Bridge Coast to Coast Saga at 6:03 PM