Sunday, December 9.  The early part of the week was routine, other than an appointment with Doc Roland and a Vet appointment for Frisco.  My appointment went well, the discomfort in my left side is relieved and I feel I should continue through the winter.  My plan for treatment is to increase circulation, therefore relieving stress in joints and nerves, while keeping the mind healthy too.  A vegetable only detox is in my future but not during the holidays.

Frisco has another bacterial infection in his right ear, and has been shaking his head a lot recently.  I'm not sure why, but this has been the only health issue that he has had throughout his life and it affects only the right ear.  The vet was surprised when I told her that he was 14.5 years old and felt that he is generally in good health for his age.

Shiprock RV Park had their annual residents meeting on Thursday morning and we learned a lot about the governing structure of the place and some of the benefits for residents.  After that, we loaded our bags into the car, dropped Frisco off at the Bark Avenue Pet Resort and headed to Blythe, CA to visit Tom's sister Geri for the weekend. We checked into the Emerald Inn, a very basic but clean and tidy motel room and then headed to Geri's house.

Geri fixed us a nice spaghetti dinner, we visited, and played with the cat, Smokey, a lovable 7-month old gray tabby who gave us lots of laughs. We stopped at the lounge at our motel for a drink before settling in for the night.

We took a drive to Parker, AZ along the California side of the Colorado River and returned along the Arizona side on Saturday afternoon and then to the Steaks and Cakes restaurant for dinner. We all opted for the fish fry, although Tom and Geri both had liver and onions on their minds, changing at the last minute.

It was scary Saturday morning when my phone slipped out of my back pocket and dropped into the toilet as I was sitting down. I quickly grabbed it and dried it with a towel and everything worked as it should. Lucky for me, it could have been a dirty and costly disaster.

Geri had something on her calendar for the day, so Tom and I headed to the Blythe Intaglios for some hiking on Saturday. We hiked a couple of miles along a 4-wheel drive road, then along the top of a huge mesa, before stopping to see the Intaglios. They are geoglyphs (pictures) drawn on the ground by ancient peoples. They were made by scraping the surface of the ground and tamping it down to prevent weeds overtaking, and the stones that were cleared away form a border. A few are surrounded by fences but there are many scattered throughout the area, although we only saw the fenced ones. There were 2 human figures, that of a 4-legged animal, a swirled design, and some arrows. They are much better viewed from the air, so my photos didn't turn out very well. 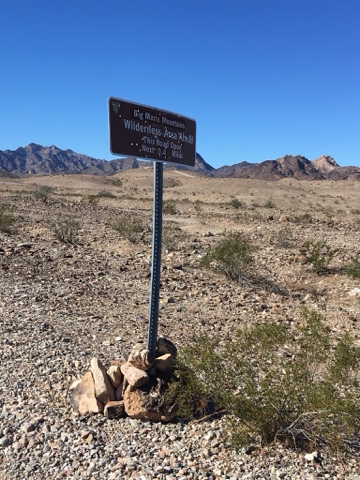 This sign was lying on the ground and we built up the rocks to hold it upright. 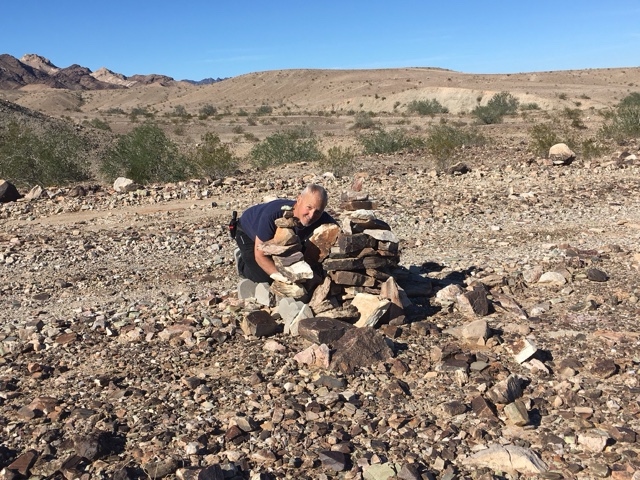 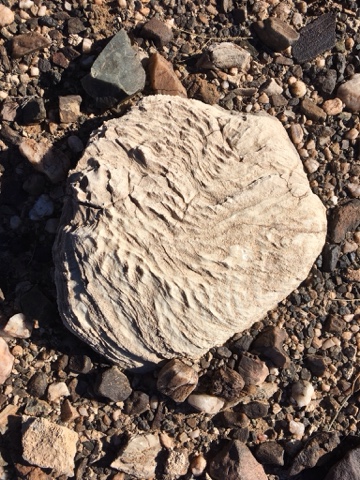 Evidence of erosion on this rock. 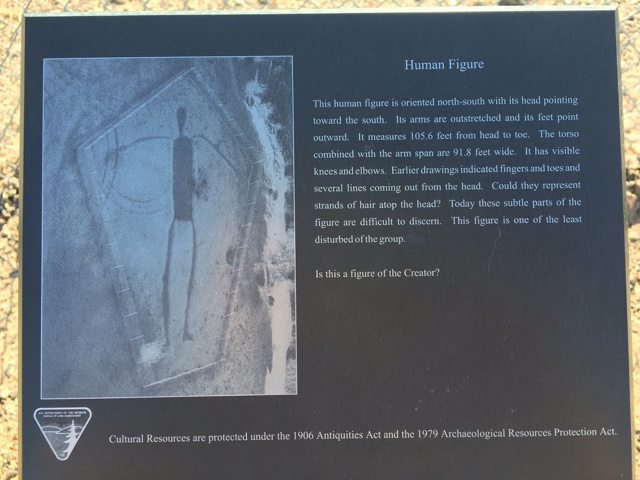 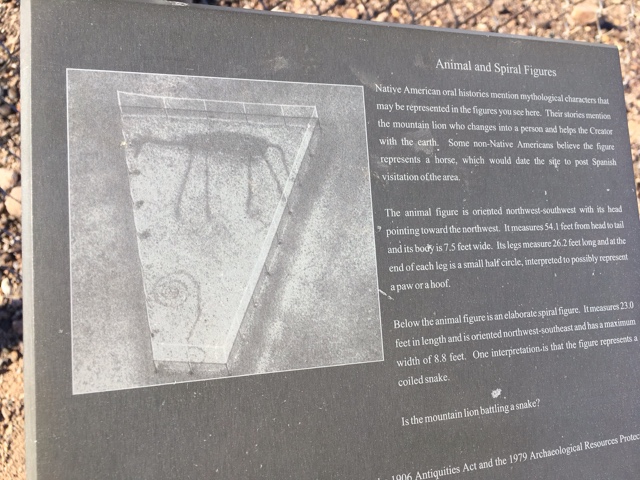 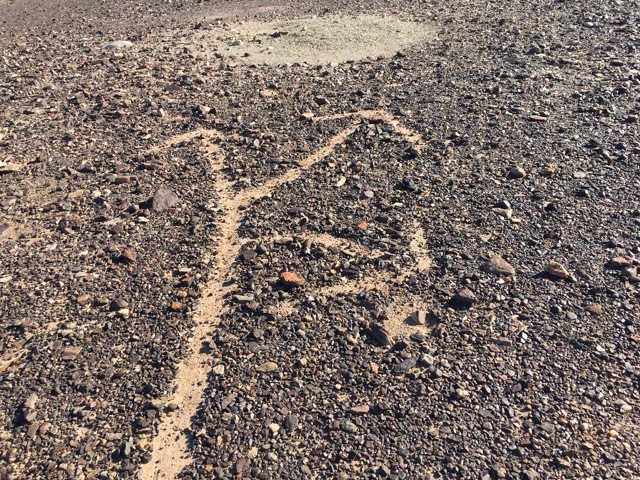 Geri met us at Rebel BBQ for dinner and then she stopped by the hotel to chat for a while. After she went home, Tom and I walked to Courtesy Lounge for a drink. The bartender, Dominique, was a fun gal to talk with and the lounge decor is preserved from its creation back in the late 60's. There are several large circular booths upholstered in tufted red Naugahyde (it may have been manufactured in Stoughton at Uniroyal), all in very nice condition.  The tufted Naugahyde went half-way up the walls and there were a few walls covered in rock - all very dated, but cool.

This morning, we walked to McDonalds for breakfast, then stopped for a short visit with Geri before heading back home. 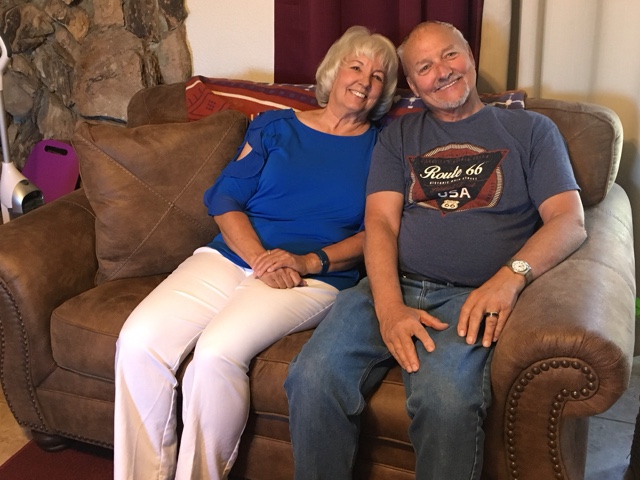 Posted by Bridge Coast to Coast Saga at 8:52 PM