I had an appointment with a dermatologist on Wednesday afternoon to determine why I have lost hair in a spot along my forehead, a heart shape spot about 1/2” x 1”.  It turns out to be a rare condition called Frontal Fibrosing Alopecia where the body’s immune system reacts to an inflammation at the hair follicle and kills it, leaving a scar behind. It is most common in post menopausal women and the doctor says he only sees it once or twice a year. It progresses slowly but it has to be stopped. I don’t want to lose any more hair. Treatment is a topical steroid for 6-8 weeks, then a follow-up to see if that worked. If not, a possible biopsy and steroid injection. He also ran blood tests that were negative for Lupus. Just another freaky thing on this path through life. Hopefully the treatment works right away.
This morning, we went back to Hidden Falls, determined to find out if there actually are waterfalls. We walked a loop trail and were beginning to doubt that they existed, but found another trail that actually led to the falls. The trail into the ravine was dark from the dense canopy of trees, the ground was moist from last nights rainfall, and a small stream paralleled the path. The park dates back to 1887, when it was selected by Horace Cleveland, a nationally known landscape architect and park planner, as one of four major park sites for the City of Saint Paul. Except for the use of a portion of the land as a tree nursery, no improvement was made in Hidden Falls Park until 1936-37, when the WPA carried out an extensive improvement program on the site. Featured in the park was a small spring-fed waterfall from which the park got its name.  There was evidence of the construction done by the WPA, in the form of stone walls, a large cistern, and stone stairs leading up the stone wall to street level. 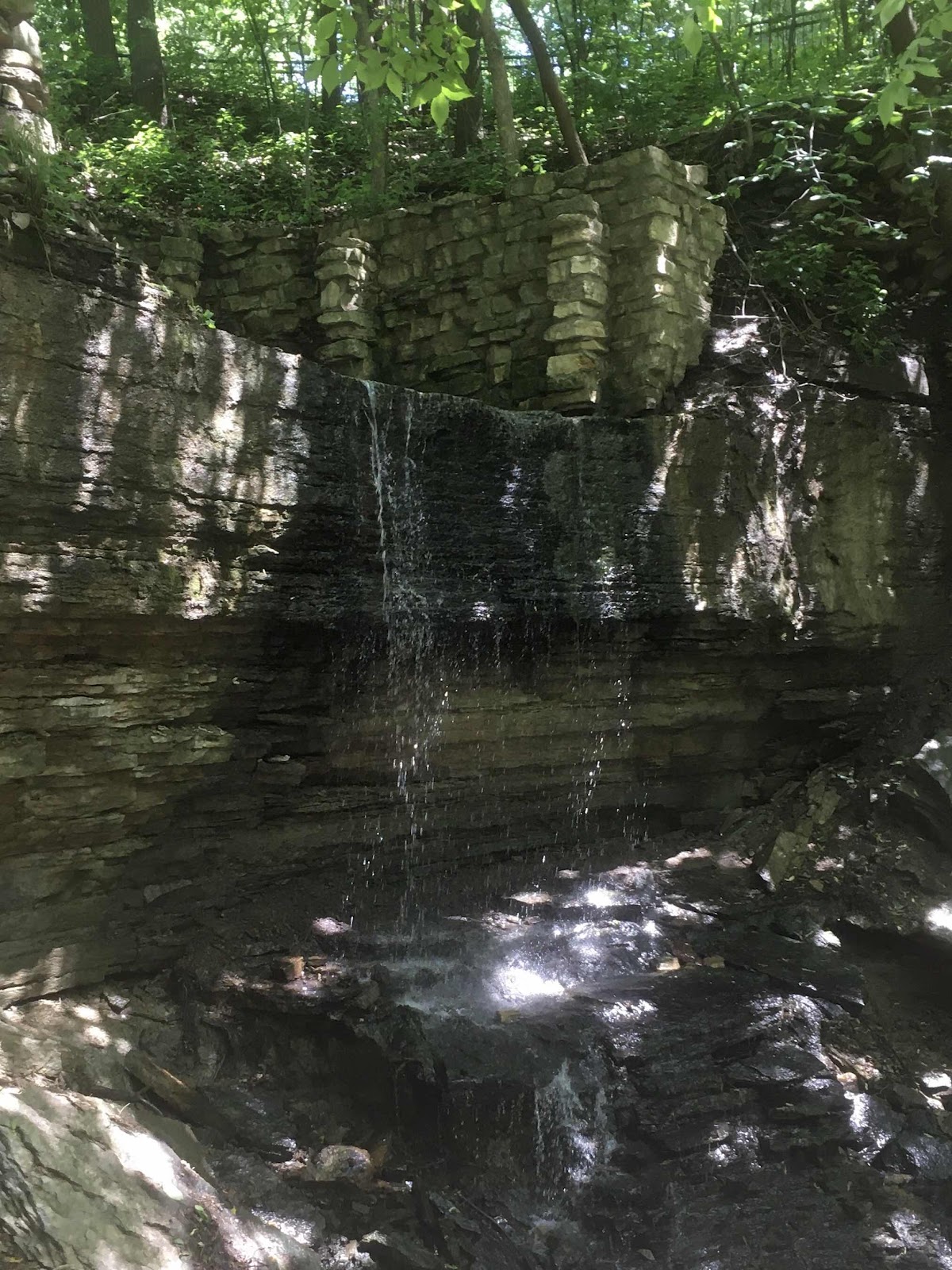 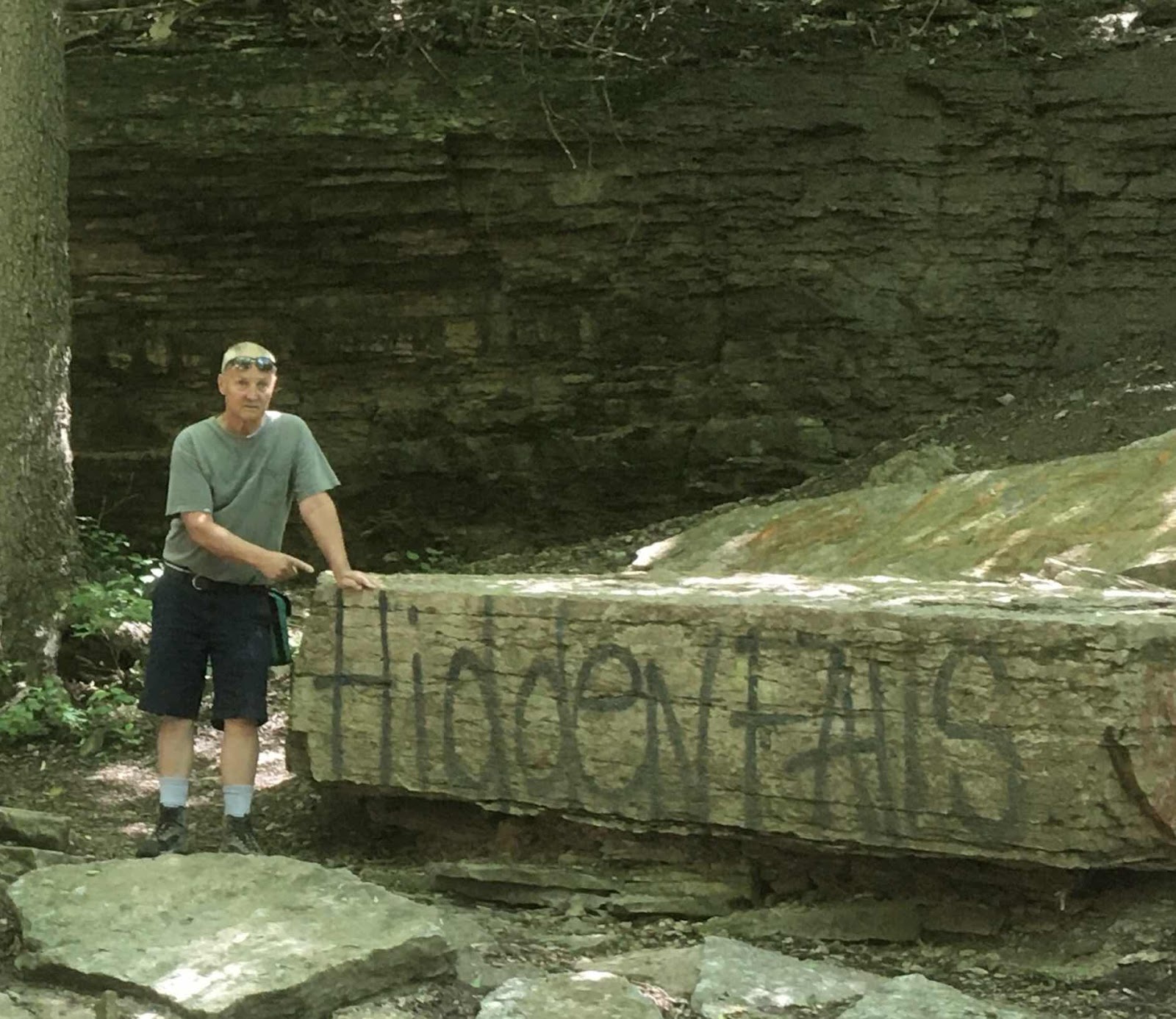 When we got back to the parking lot, we decided to follow the path along the river where we were told last Sunday that there was an Eagle’s nest there. We spotted an eagle sitting on a large branch over the trail because a man stood there looking at it.  That led to spotting the nearby, very large nest in a crook of a huge cottonwood tree. I took photos but they didn’t turn out because of the bright sky and shadows cast by the trees.  What a nice adventure we had today.
The next highlight of the day was that I got a haircut. Salons were allowed to open up at 25% capacity last week and Lynn had a cancellation, so she was able to get me in this afternoon. Every precaution was taken, as I had to be masked, sign in, have my temperature taken, and sit down in a freshly sanitized chair.  Now I wish I would have taken before and after photos since my hair had grown so long - almost to my shoulders, but it feels good to be styled shorter.
Posted by Bridge Coast to Coast Saga at 3:53 PM