Oh Boy, it’s been another week and I haven’t written.  It’s been a good week too.
Last Sunday, after two weeks of self-quarantine, we were invited to Ben and Jill’s for dinner and I baked a Coconut Rhubarb Cake, a favorite recipe from years past. I just happened to get a mixed message and Headed for Lois and Dennis’ house, making an assumption based on previous distanced gatherings With the family. We surprised Lois and Dennis when we showed up and then realized that we had come to the wrong house.
When we got to Ben’s house, he was frustrated with a toilet install project, so Tom helped him and they got it installed.  Then, while relaxing on the patio and Jill was telling about her frustration with a chipmunk trapped in the egress window well and the dead mole down there, Tom took it in his own hands and did a rescue and cleanup - what a guy! The girls were happy to see him again and they picked on him and teased him, messed with his hair and wanted him to carry them around and play with them. 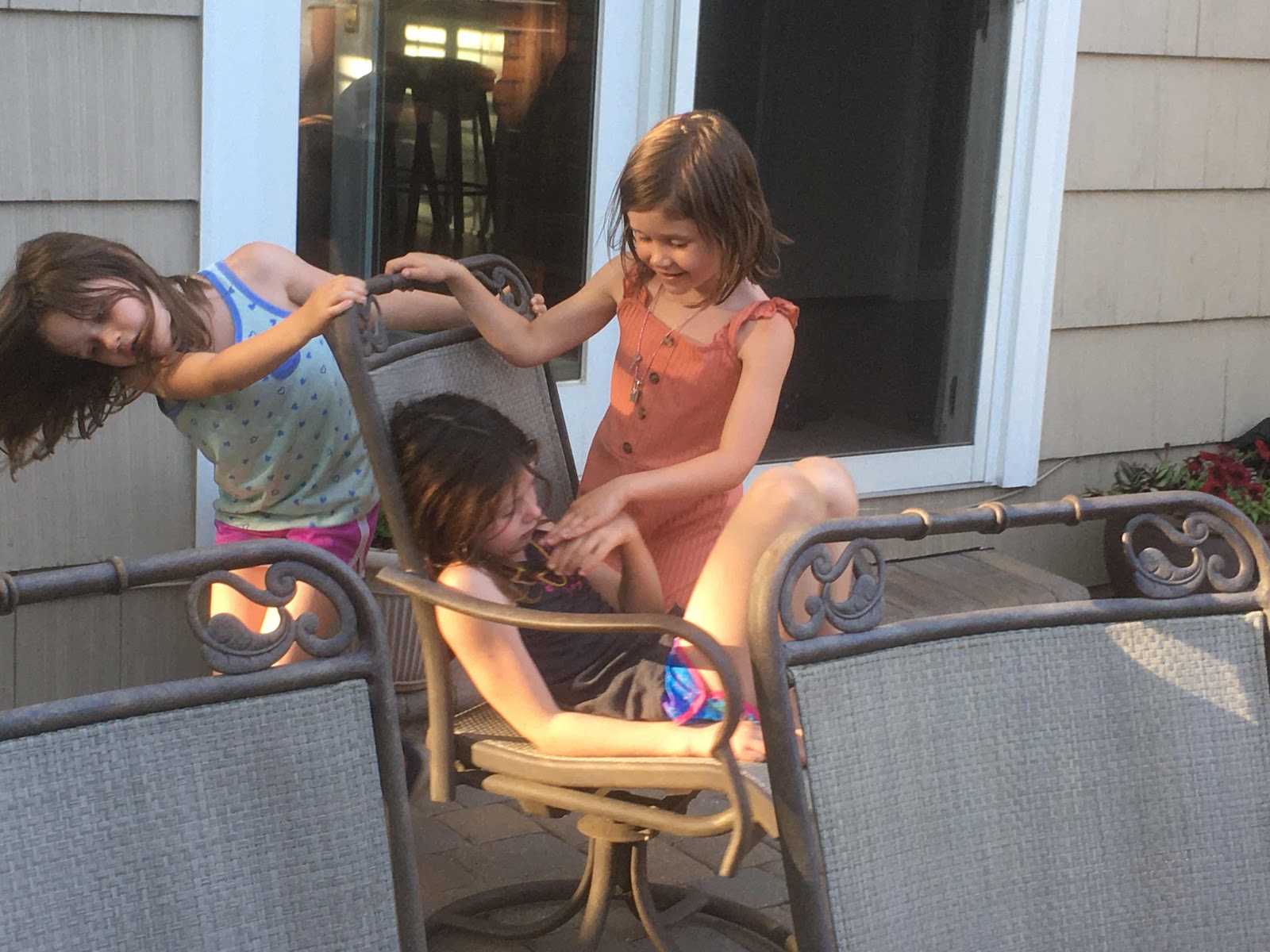 He sure has patience with those little girls - what a guy! 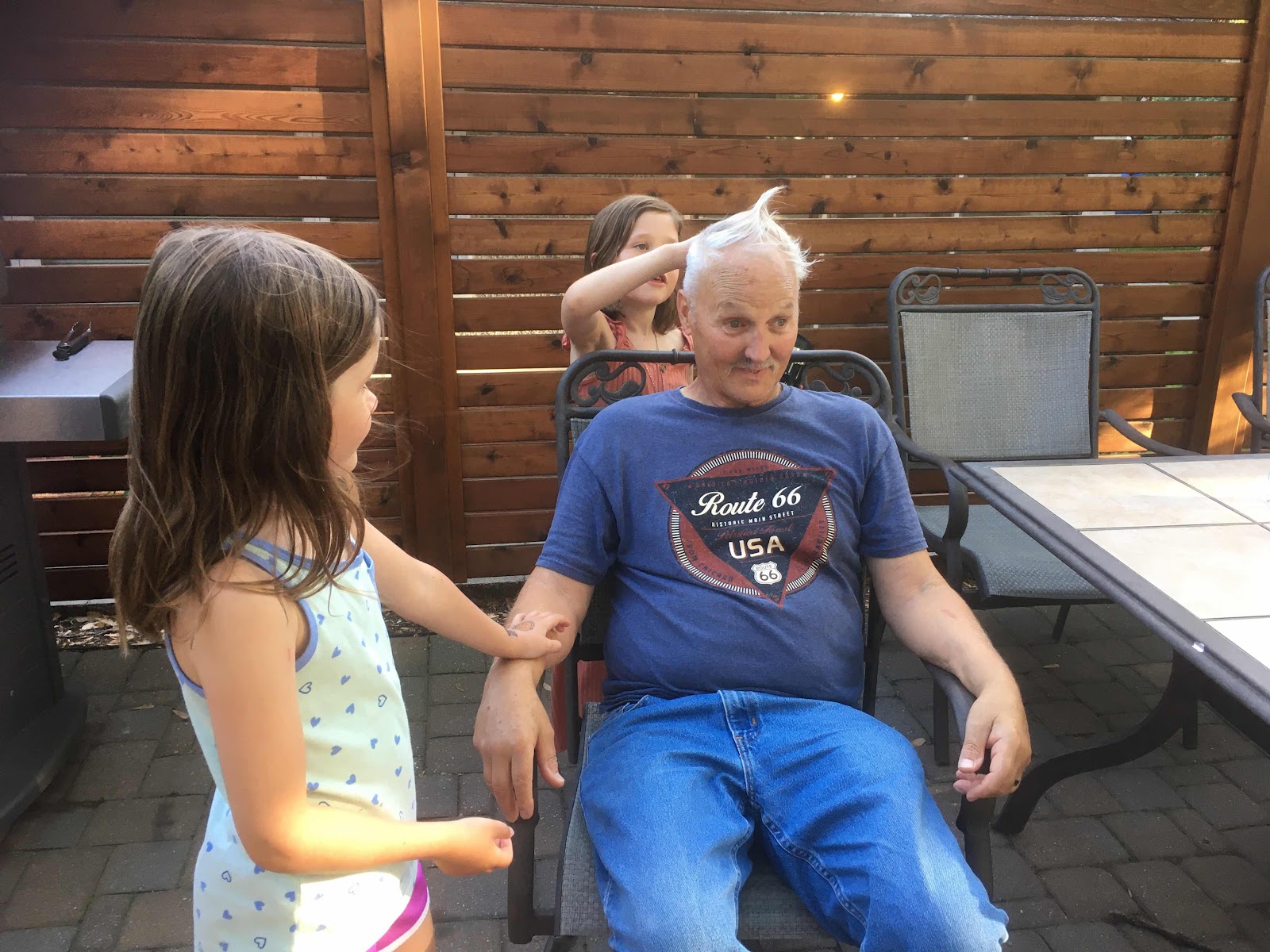 We’ve gotten some good walks in this week, did some grocery shopping one day, and we drove around yesterday looking at apartment complexes in Burnsville and Apple Valley. Out of 8 places we looked at, there are now 2 at the top of our list.
Instead of screen time with the Grand-girls today, I walked and they roller-bladed around Lake Harriet. They were proud of the fact that they did it twice yesterday - a total of 6 miles on those little legs and were willing to do it again. We stopped along the way for snacks and they climbed trees, found a tree fort and the fairy house. Other than a little bit of bickering, they were greats days I survived it! 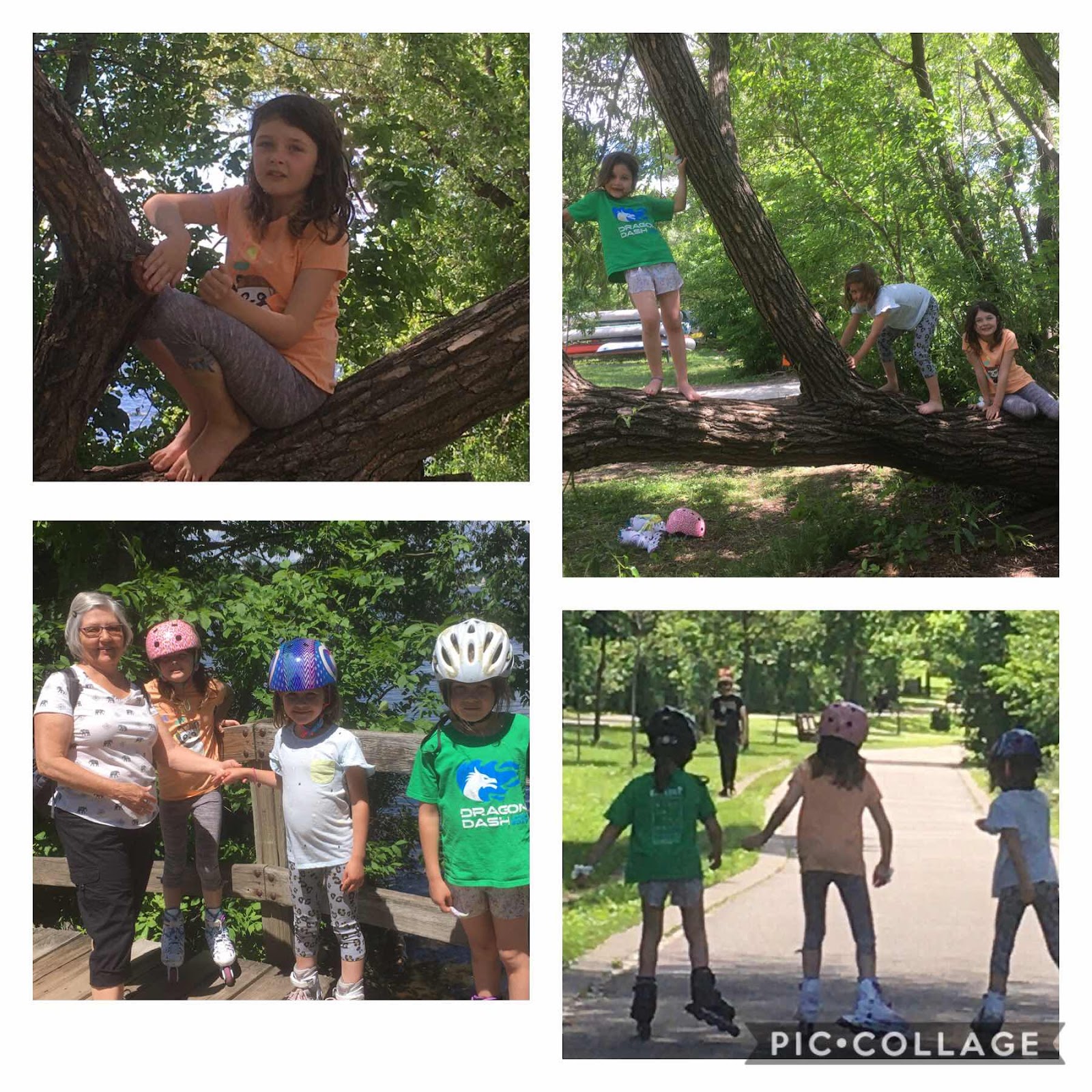 Posted by Bridge Coast to Coast Saga at 6:07 PM