My cousin Jo came for a visit on Thursday and stayed until Saturday. Friday was a misty day - not raining, but not dry either, so we didn’t do any outdoor stuff, but went to my favorite consignment store, Turnstyle and the Arc Thrift Store.
Charlotte attended a Camp Innovation at the Bakken Museum this week where the children design and building their own inventions, practice creating thinking skills, and make magic tricks. At the end of the week, they had a Big Show where they could show their families their inventions (had to incorporate electronics). She made a diorama of a bat cave and outside the cave was a moon that lit up. They demonstrated their inventions to many visitors. I know she was nervous but she did well. It was well attended by her parents, sisters, grandparents and cousin Jo. 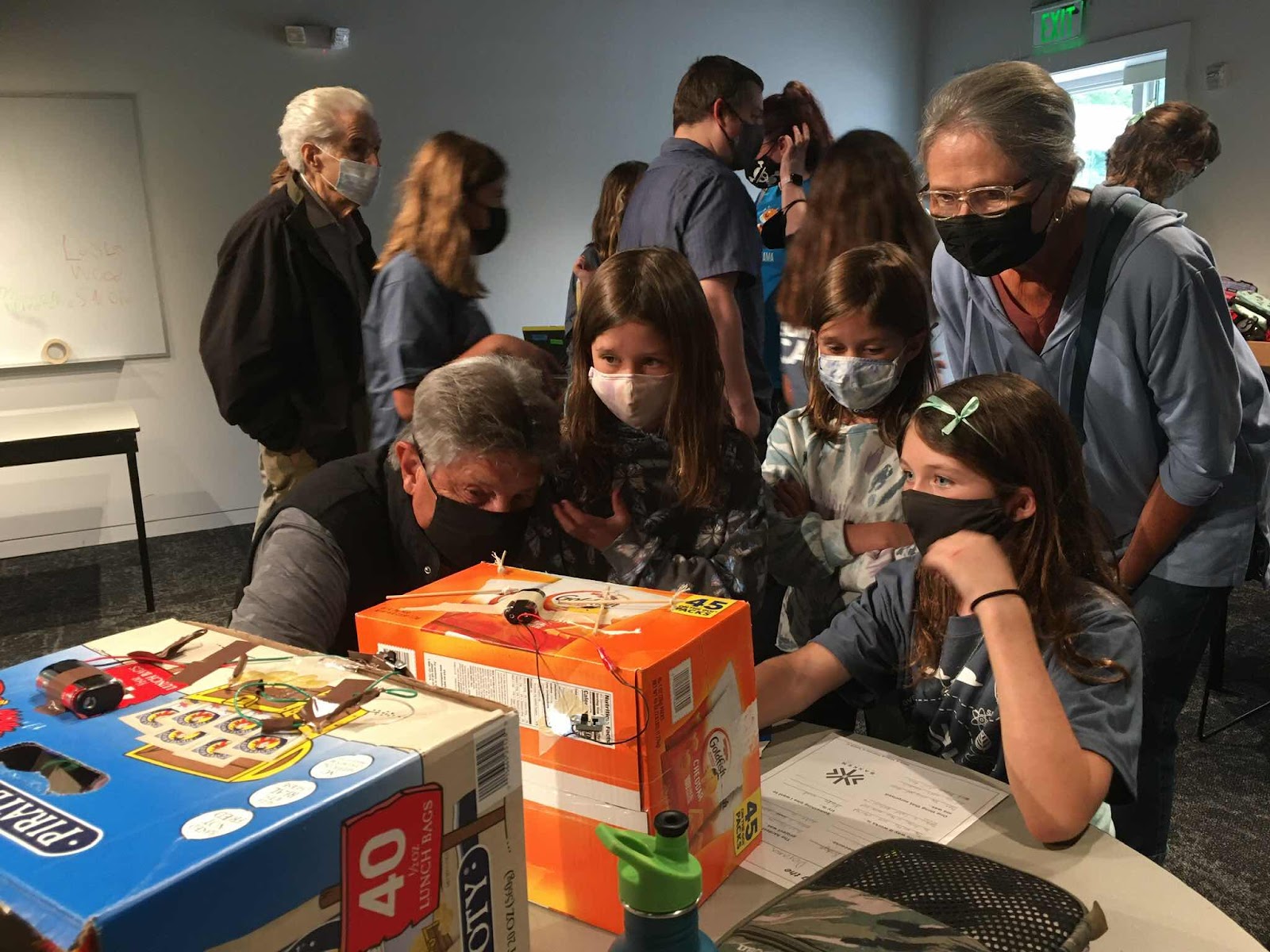 After the Big Show, we all gathered at their house to have pizza and give Charlotte her gifts. We then had Great Grandma Quinn’s Green Dessert. 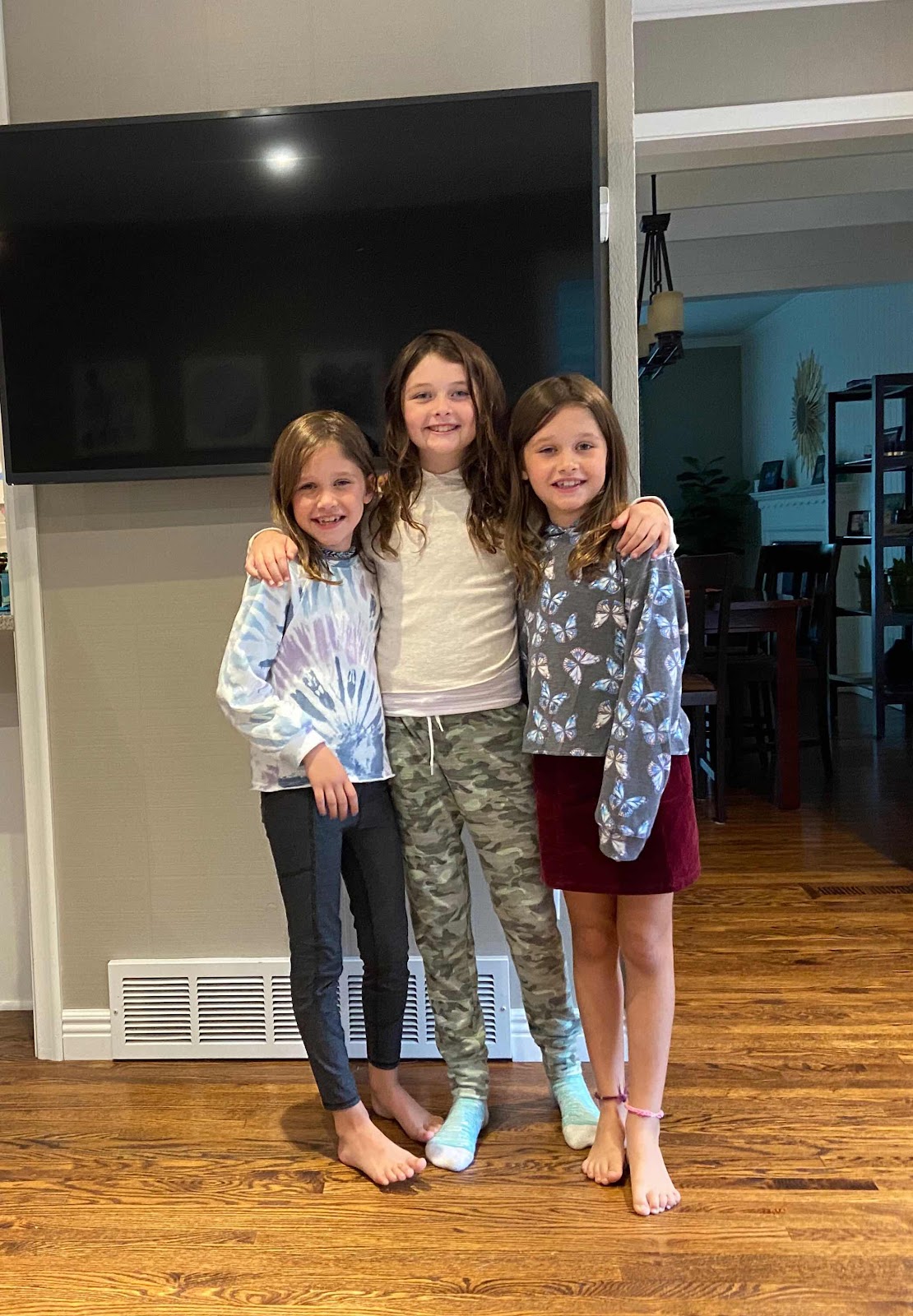 Jo left late in the morning yesterday and Frisco and I went for a nice walk around the neighborhood. I took a nap in the afternoon and finally got around the hanging my glass balls in the living room window.
Today, we walked a good stretch of the Nine Mile Creek - such a beautiful place with the paved path going through heavy hardwood forest, tall hills, and the fast moving creek providing the soundtrack. I feel fortunate to have this nearby and I think it will be very nice to walk in the winter.  Today, there was some white debris on the path and I thought it might be paper mache, but later discovered these huge puff balls on the forest floor. Apparently, some kids decided to break them on the pathway. 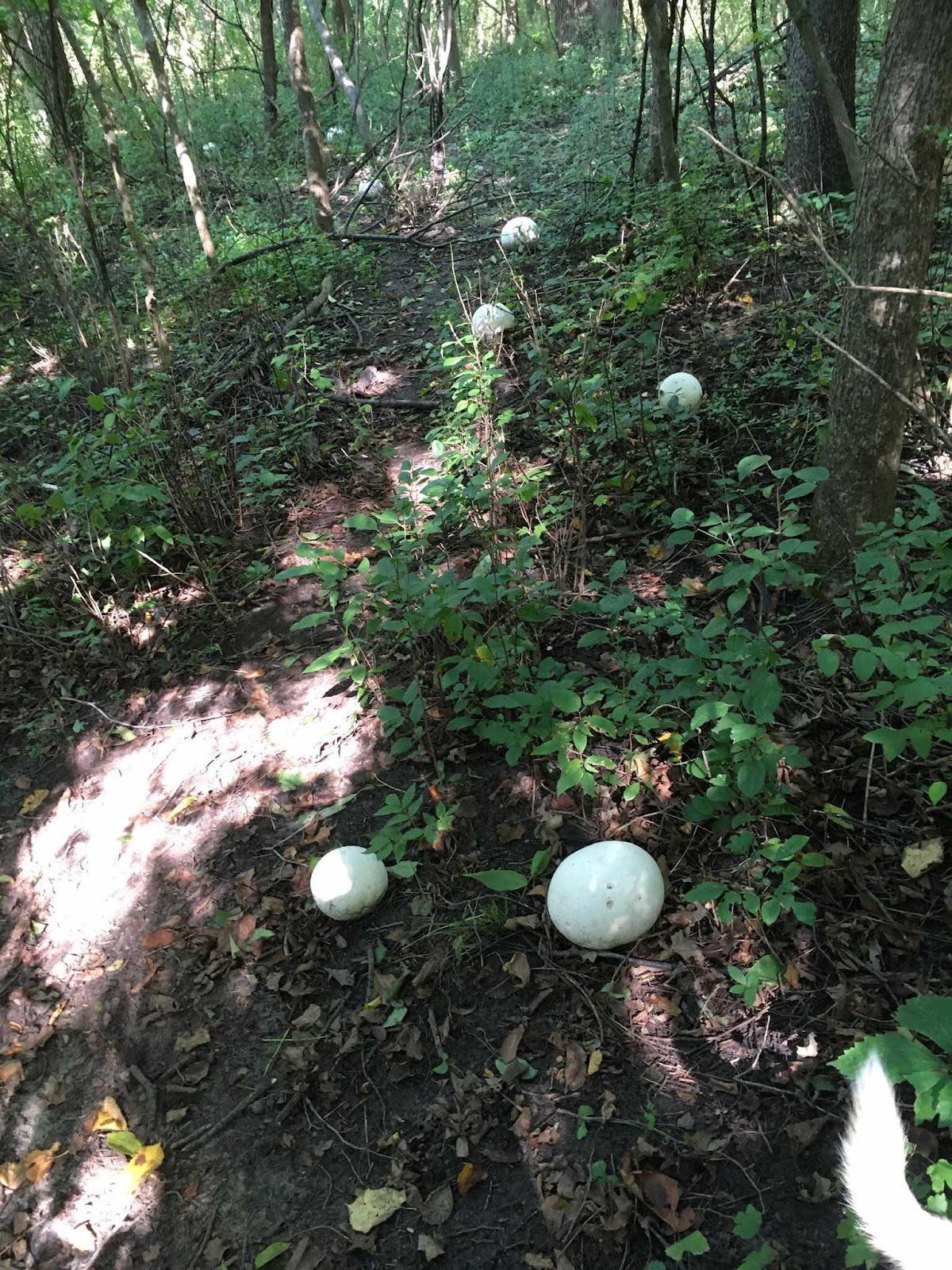 Posted by Bridge Coast to Coast Saga at 3:39 PM