On Sunday, we left Cedar Falls and headed southwest to Griff’s RV Park near Altoona, IA, not much more than 100 miles and a 2-hour drive. The park is very large, with 150+ sites and we are in the older part of the park where the sites are much smaller, gravel with a concrete pad, and among the worker bees.  The newer parts have beautiful lawns, a fountain in a small pond, and much bigger sites - I guess that is where the longer term guests get to stay. We do have a nice grassy area, a horse pasture, and a couple of very nice evergreen trees behind us, so we are good for another week.  The nicely paved Chichaqua Valley Trailhead (20+miles long) is adjacent to the RV park and we have walked it several times. 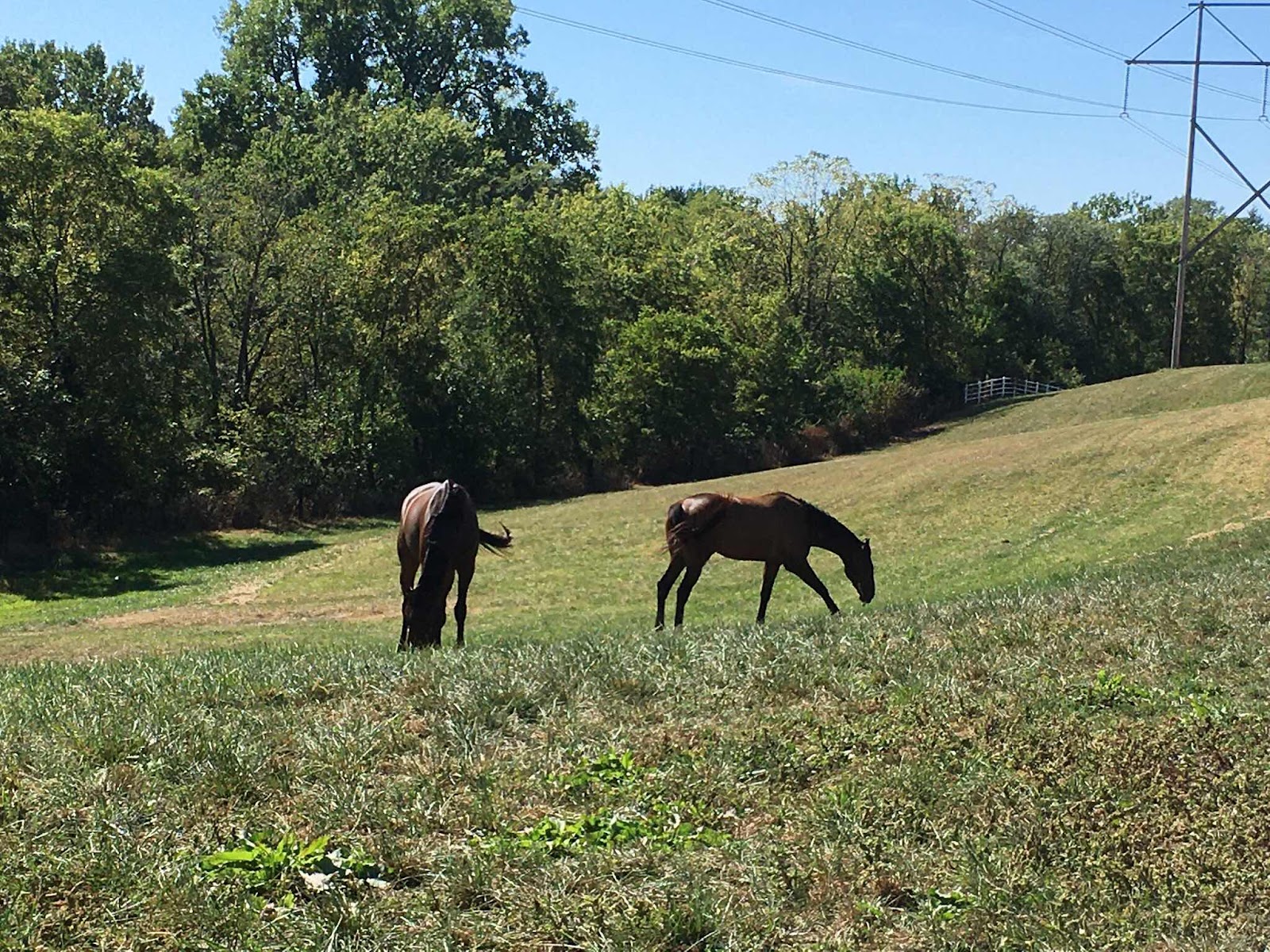 The Bridges of Madison County was our destination on Tuesday, after breakfast and a walk. It was after 11:00 when we left the RV park and we had a 50 mile drive south to get to St. Charles where the visitor center and the first of the six covered bridges were located.  The Imes Bridge was the first that we saw.  We chatted with a sweet little old lady at the visitor center who shared some great tips about what to see in the area.

From there, we headed west to Winterset and saw the Holliwell and Cutler-Donohoe Bridges, then farther west to the Roseman Bridge (the one that was featured in the 1995 movie, “Bridges of Madison County” with Clint Eastwood and Meryl Streep.  A side road led us to the Pammel Park Campground (we were not impressed) and the Harmon Tunnel (we were impressed) that was built by a man and his 4 sons in 1925. 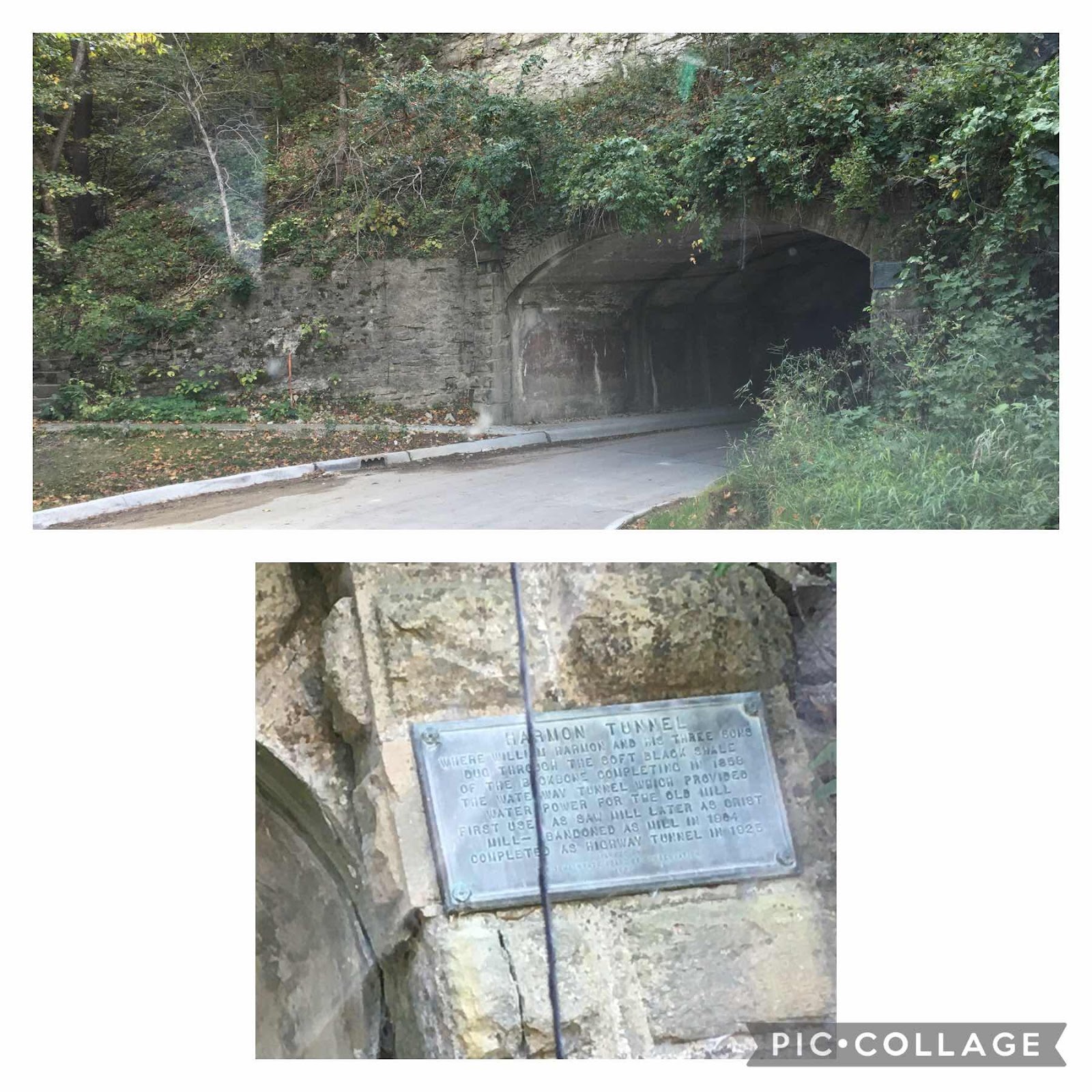 Back in town, we walked around the 1876 Courthouse that was under major construction and centered the town square.  The friendly lady that we had spoken with in St Charles suggested that we visit the Montrose Pharmacy that had an old fashioned soda fountain that has been run by Cathy for the last 32 years.  I opted for a cup of  Cheddar Potato Soup and a piece of apple pie.  Tom and I shared an old-time Cherry Coke.  We then drove north on US 169 to the Hogback Bridge before heading back to our home at the campground. 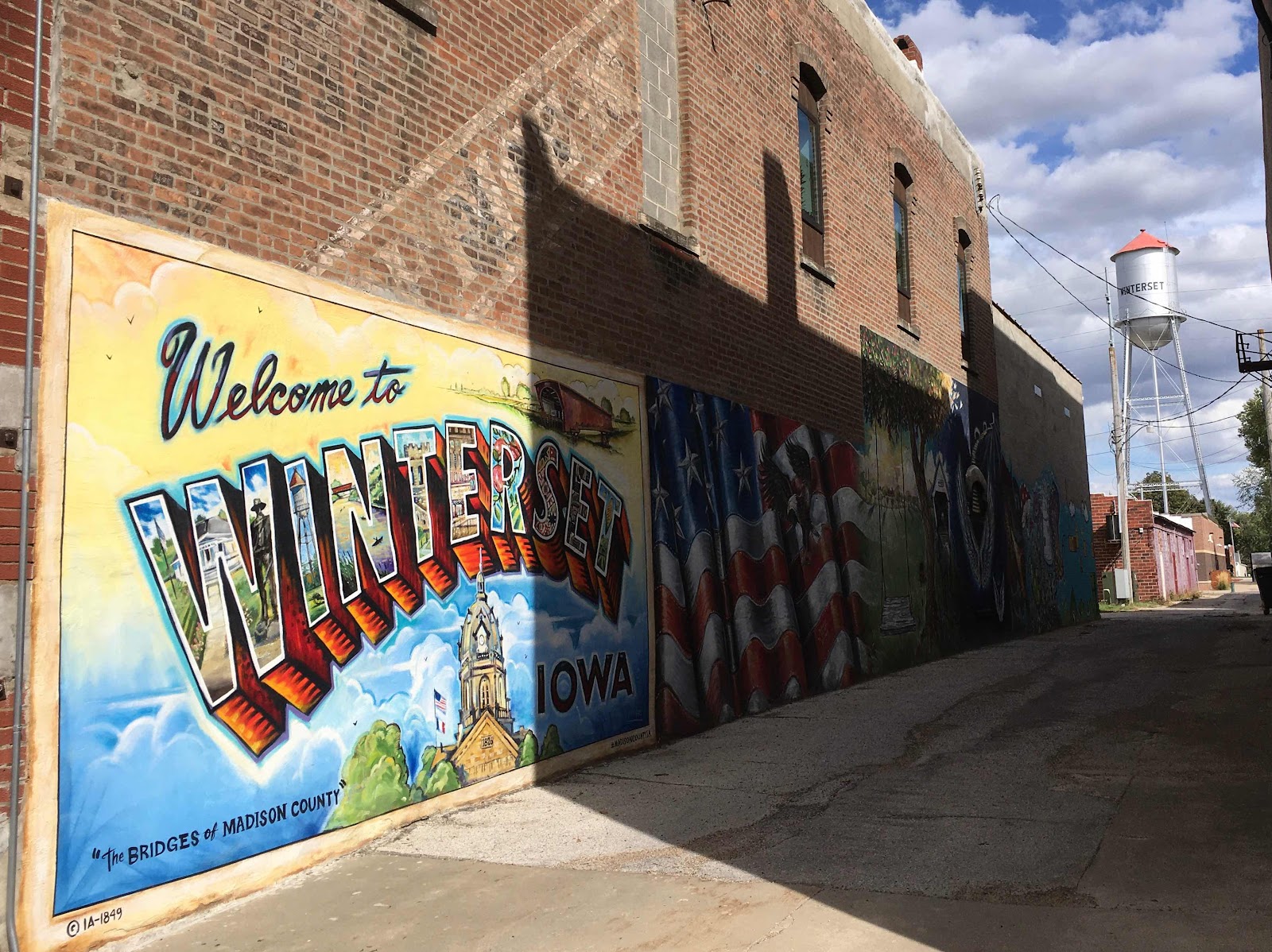 The bridges were all painted red and the inside walls were covered in graffiti, mostly initials and dates. Surprisingly, we didn’t see many dates earlier than 1995 - I guess people had more respect for property back then and were not interested in defacing the bridges. Several of them were built by the same man out of massive boards and different structural arrangements, designed to withstand the severe winters and be able to carry people and goods across the rivers.  The water levels in the Middle and North Rivers were all pretty low, I don’t believe a canoe or kayak could float down them right now.  We saw all but one of the six bridges. 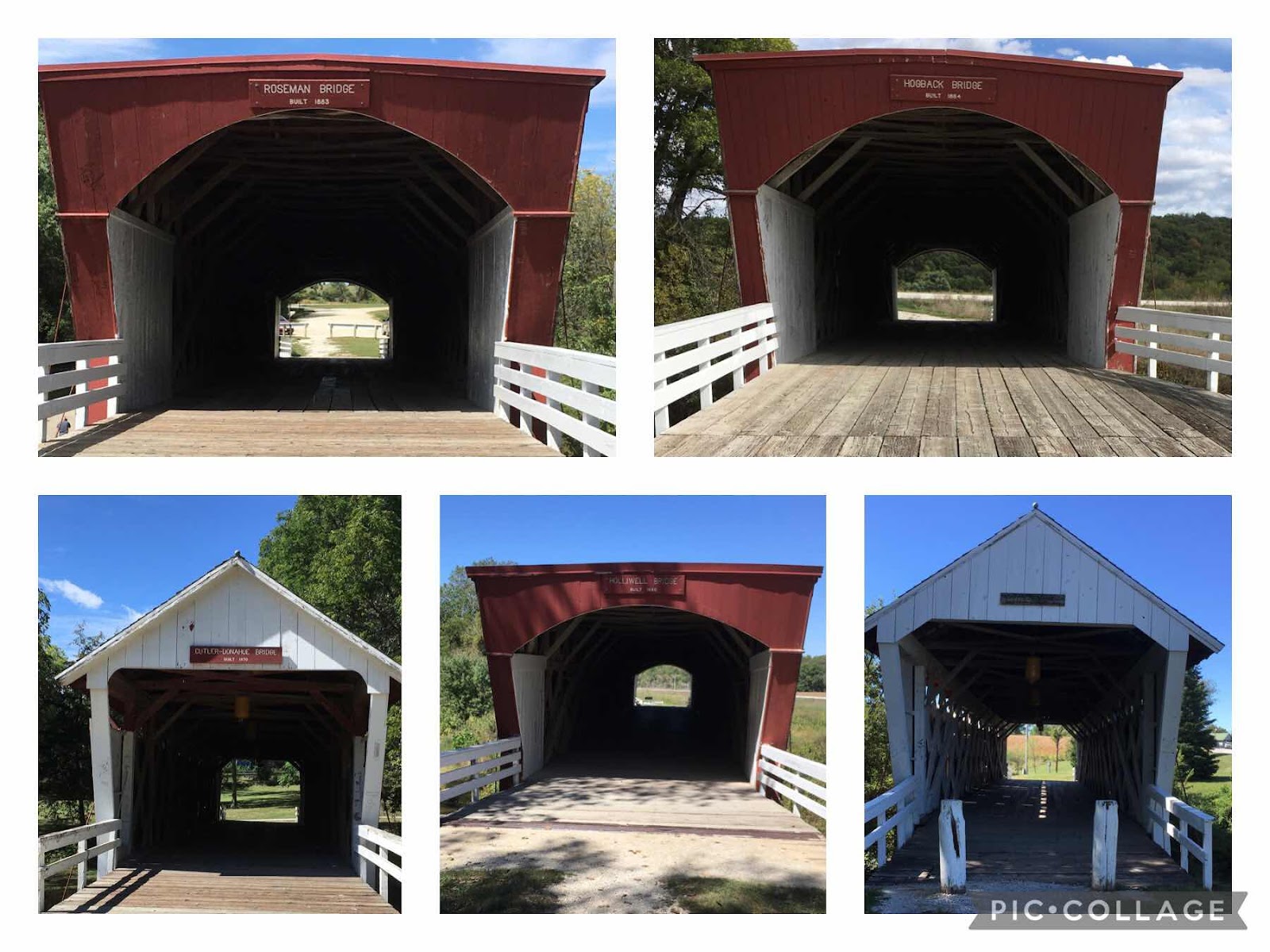 It was an all afternoon excursion that took us through some beautiful parts of Iowa and was a good way to spend an afternoon.  For years, whenever I passed through the area, I would see the signs and say “some day I will come back and see the bridges” - now I can add them to the list of places that I have been to see.

While walking on the Chichauqua Trail that runs along the RV Park, we noticed a huge construction site with 3 large cranes and after doing some research, I learned that it is an expansion of Facebook’s Data Storage Center. There are already several large Facebook buildings nearby.

Tom spotted this guy on the concrete trail - haven’t seen a Praying Mantis in a while. 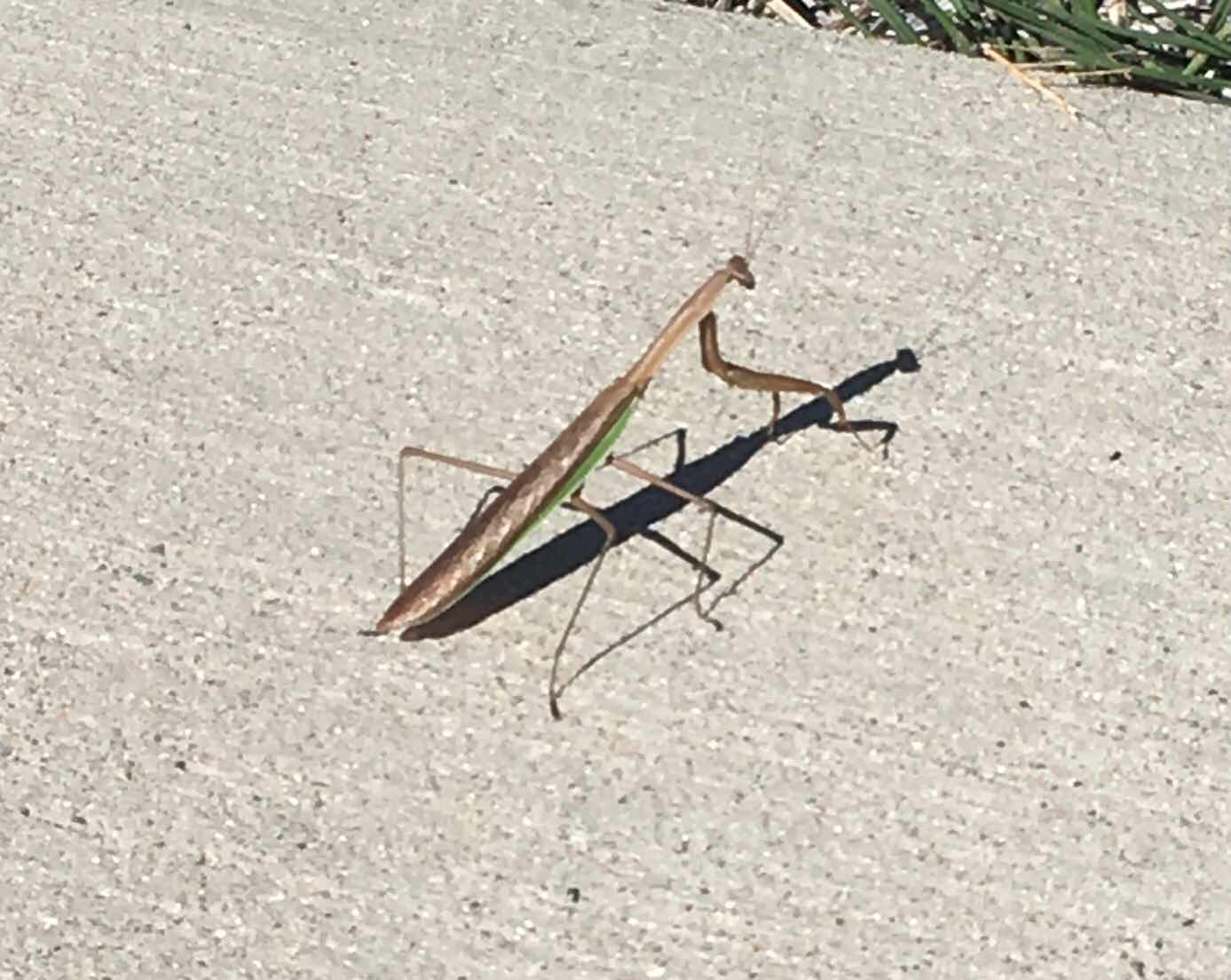 The last few days of my stay were spent taking long walks, doing some shopping, taking naps, and hanging around the campsite.

Posted by Bridge Coast to Coast Saga at 6:49 AM