Today is the 20th anniversary of the four terrorist attacks against the United States that took the twin towers in New York City, crashed into the Pentagon, and forced Flight 93 that crashed into a field in Pennsylvania.  All planes were hijacked and taken control by al-Queda terrorists.
It was also the day that Ben was returning to the US from a vacation in Tokyo. He was on a Thai Airways plane that took off that morning and was enroute at the time of the attacks. His flight was diverted from Los Angeles to San Francisco (just where he needed to be). Mike and I were focused on the terrorist attacks and fearful that our son might not make it home safely. Mike spent hours on the phone with the FAA and Thai Airways trying to get information and learned that Ben was on the plane, but he was unable to find out where he would land.  Flights were grounded and being diverted all over the world and many airports had shut down and were being monitored by the military.  His flight was allowed to land at San Francisco, escorted by military fighters that had been scrambled as a precautionary measure.  The passengers didn’t know anything about the attacks until they landed and found the airport deserted as they were escorted out by police and security.  Needless to say, we were elated when we heard that he was safe on US grounds.
This has been another busy week.  I spent Tuesday with the girls and we went to the zoo. It was kind of a bust because we didn’t go in any of the indoor exhibits (except to see the fruit bats) as we wanted to keep our distance from others and there weren’t many animals in the outdoor exhibits. The girls had more fun at the playground than anywhere else at the zoo. All of the concession stands were closed, so no ice cream treats until we stopped at Wendy’s for a Frosty.  They started back to school on Wednesday.
Bob and Penny arrived for a few days vacation on Wednesday and are staying in a downtown hotel.  I picked them up and we went to Mancini’s in St Paul for a delicious Walleye dinner. It sure was nice to see them again! 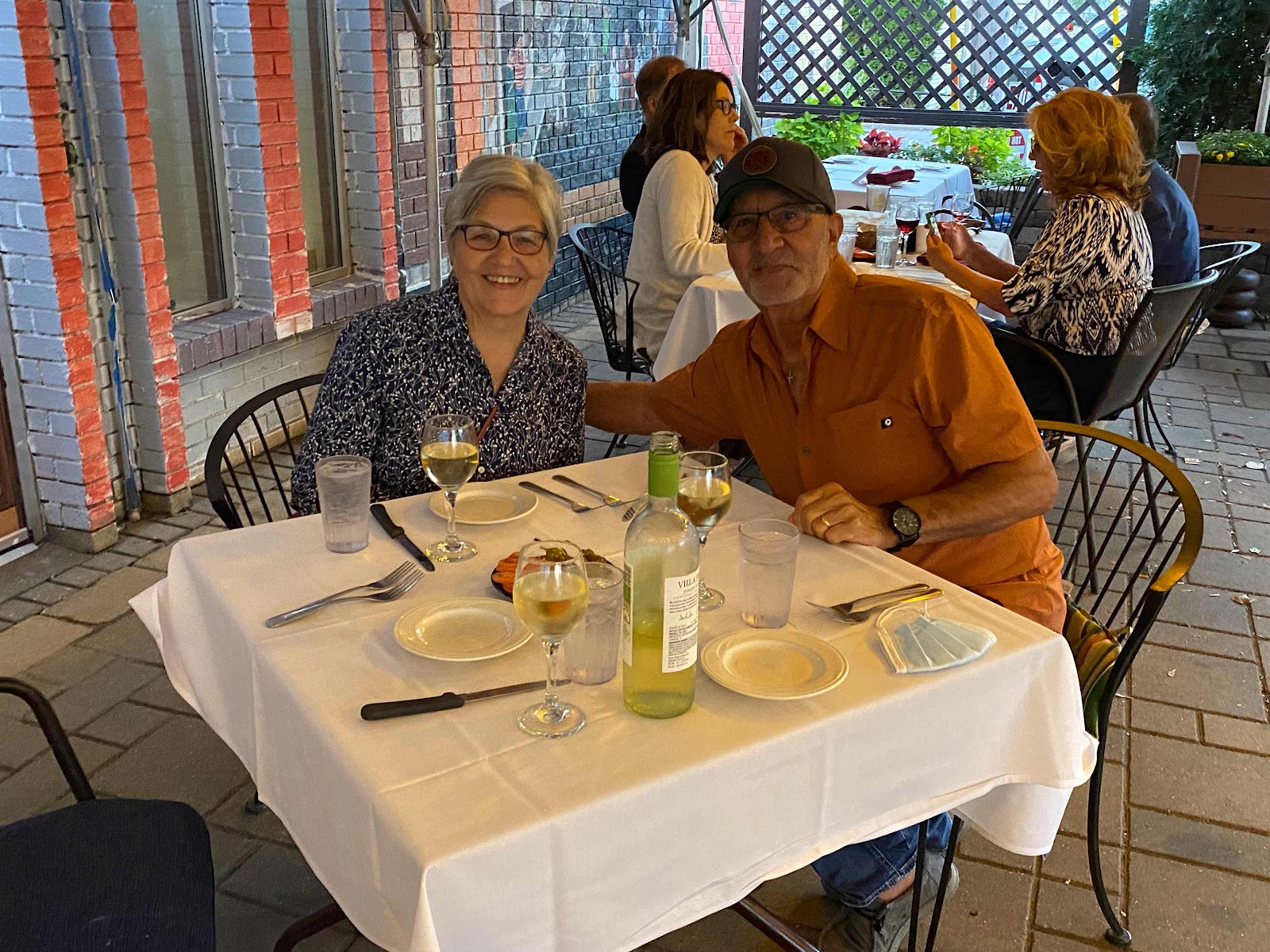 On Thursday morning, they came over here and saw my apartment and then we walked the 9 Mile Creek trail. After that, I met them at their hotel and we went to the Farmer’s Kitchen Restaurant for some lunch and then walked the trail to the Stone Arch Bridge.  We parted and later that evening they came back to my place and we walked to Willy McCoy’s for dinner. It seems like all we do is eat. 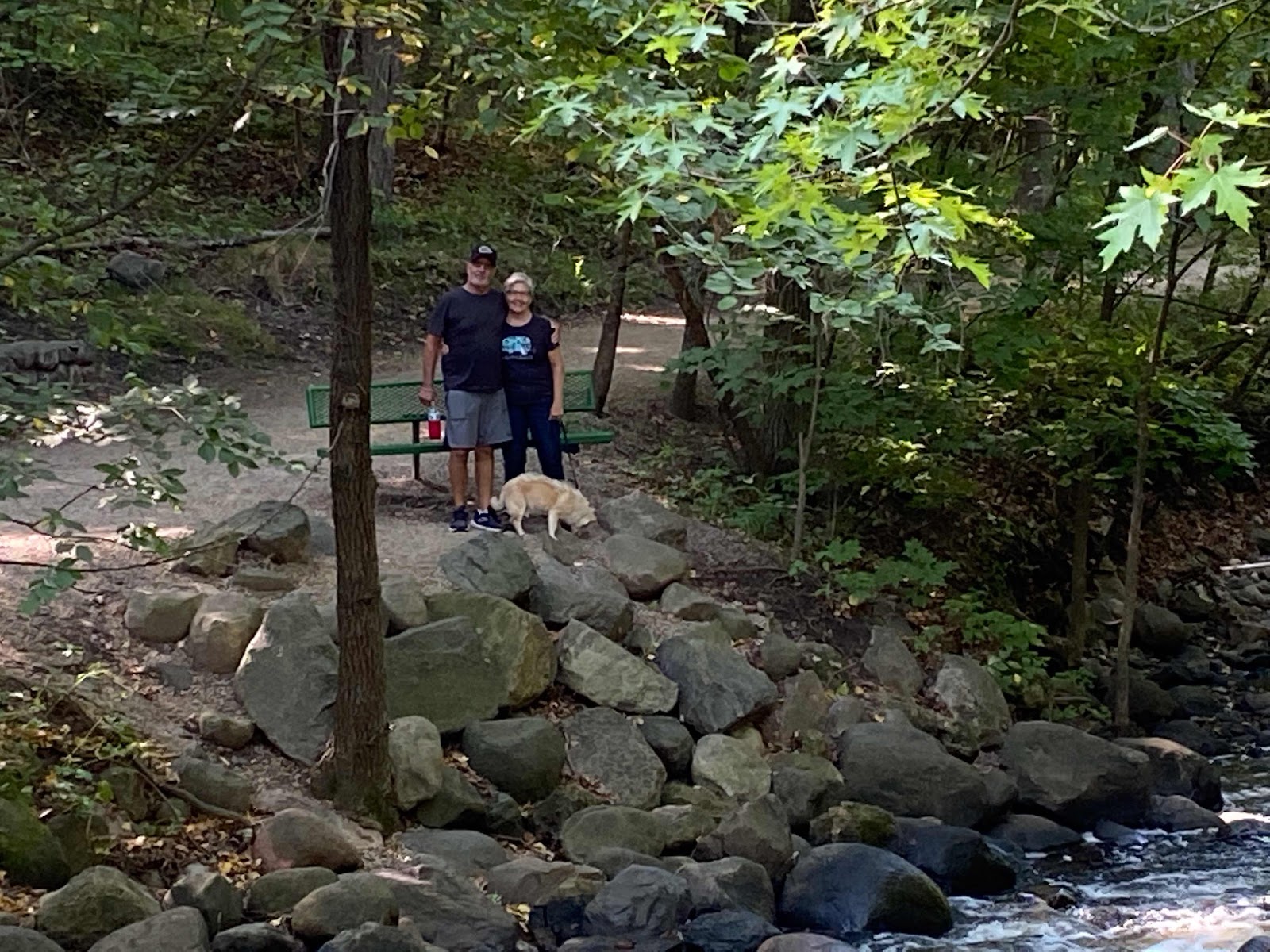 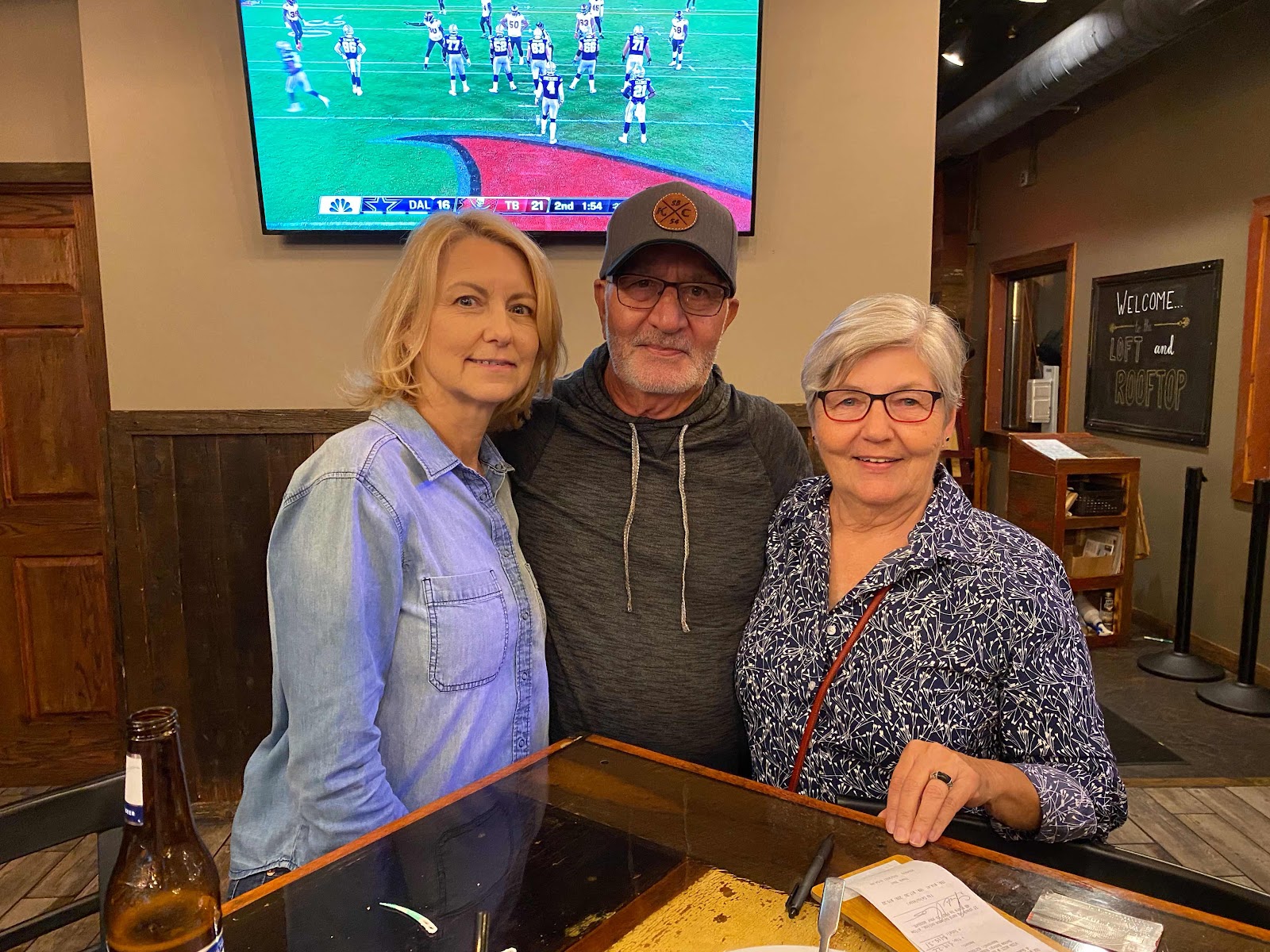 Friday night we met at Ben and Jill’s, ordered dinner from Broder’s, and had some wine and lots of good conversation. It’s been about seven years since they have seen Ben and his family. We had a great visit!
They head back home today and I will spend the day getting ready for my 2-week camping trip with Tom in Iowa.  The summer is coming to an end and he will start his trek back to Arizona after our time together.
Posted by Bridge Coast to Coast Saga at 6:11 AM