We have managed to get at least two miles of walking in each day, but many days more like four.  The last two days have been around Big Woods Lake - such a pretty walk.  We’ve done a bit of shopping - one trip to town for new towels for Tom and one for a few groceries. I was going to pull the grill out of the trunk of my car the other day so we could grill some steaks but the wind was going to have an effect, so I opted to cook them on the stovetop. That turned out to not work very well either because of the fans and the air conditioner running (had an effect on keeping the pan from getting hot enough), so I ended up with a steak that didn’t get nice and brown and was not rare enough for me.  It was fine with Tom but things like that bother me - I expect my steak to be perfectly browned and cooked to the right doneness to give me a rewarding feeling of a yummy steak dinner.
Last night we went to Cedar Falls for some Mexican food and live music. I really like this area and the downtown is really nice with a nice assortment of restaurants and shops. We had a beer and ate our food on an outdoor seating area, then walked to the little park where the music was. There just happened to be a brewery right across the street, so we sat at a table and drank a beef and listened to the music, then walked some of the path along the river. 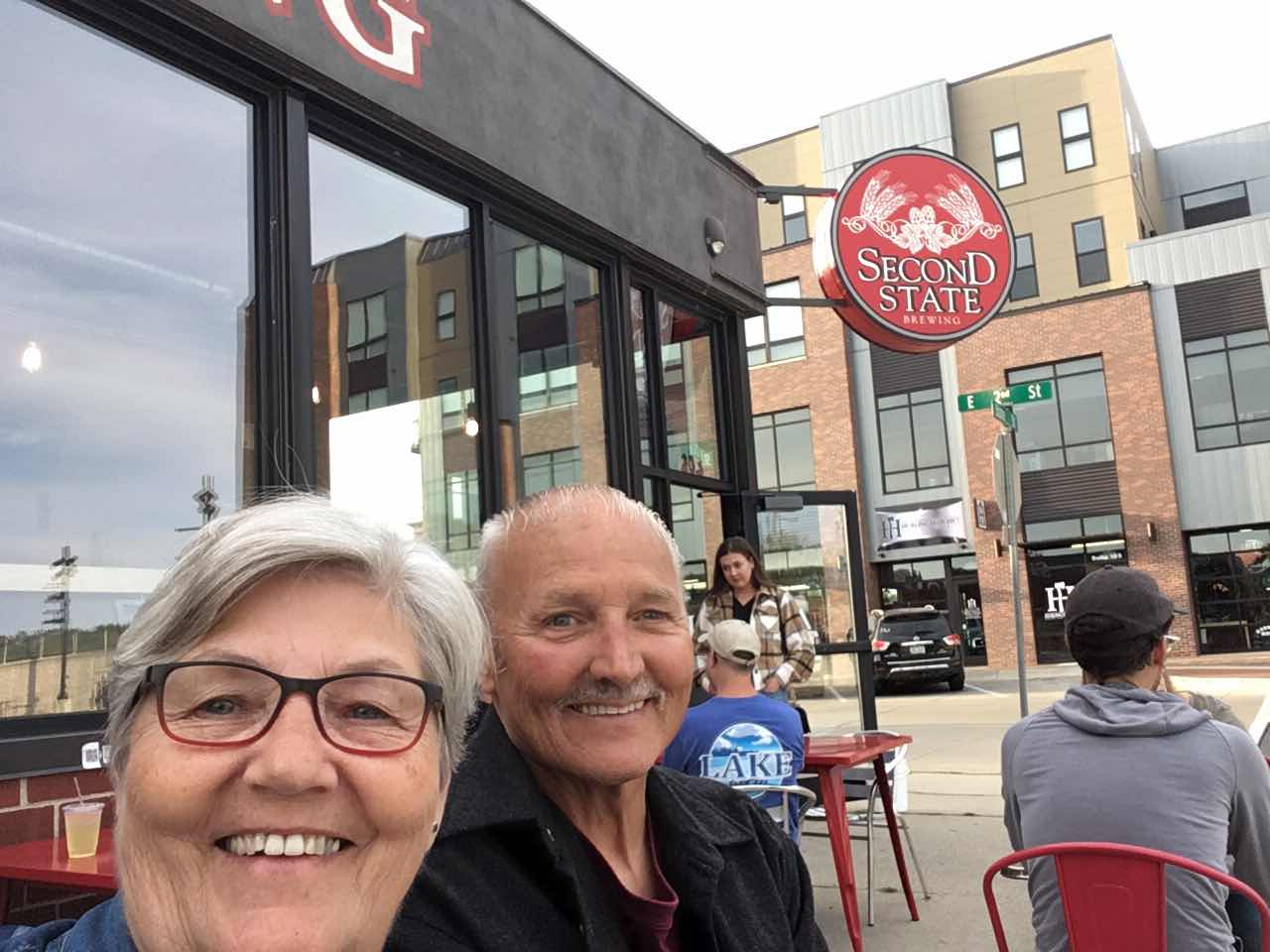 Just a couple of photos from downtown Cedar Falls. There are several nice sculptures on the corners and many of these great black and white photo murals on the sides of building. 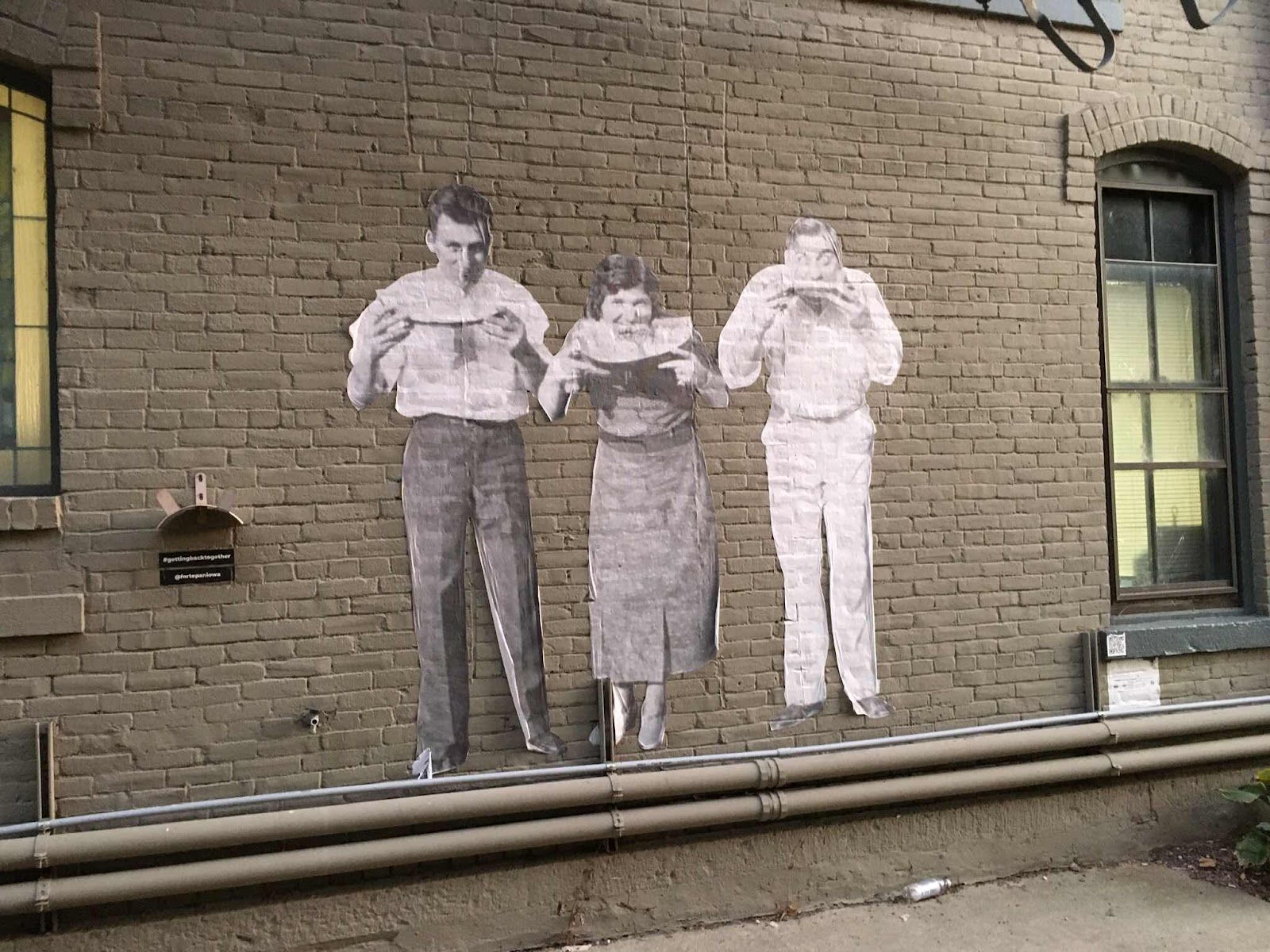 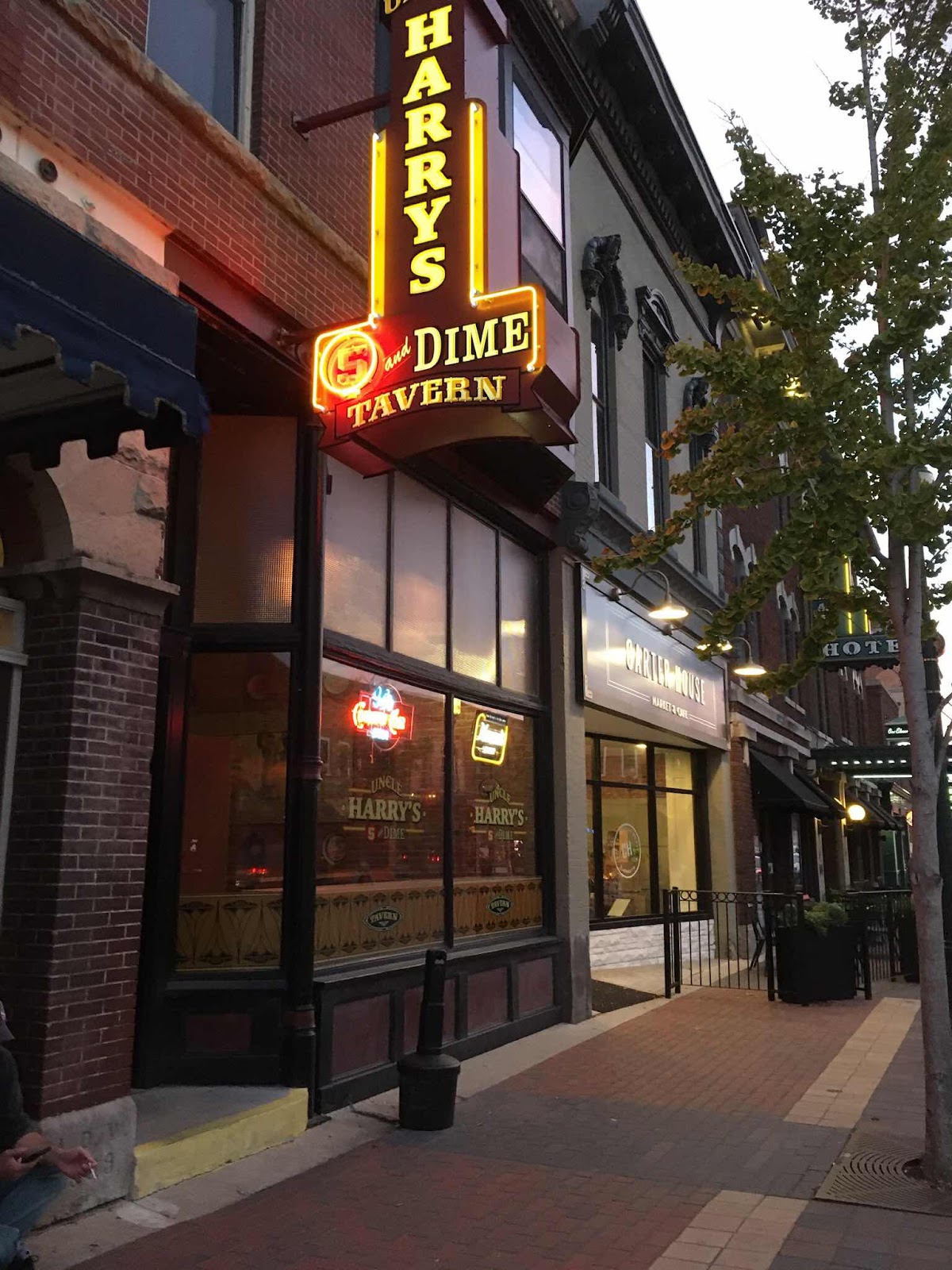 Posted by Bridge Coast to Coast Saga at 11:13 AM