Thursday, July 26.  Four days into the week makes it hard to retrace the events.  Back to Sunday night, I heard from Tom who is currently in Louisiana and learned that he is taking a detour and heading up this way.  I'm excited to see him again , although a bit surprised, and looking forward to hanging out.

I helped out with after school pickup this week, as Jill is out of town on a business trip. On Tuesday, I had dinner with them and since they all needed showers, I read stories to 2 of them while Ben supervised the showers.  It went well and I felt glad to help him have a little less chaotic bedtime.

I became an official Minnesotan on Tuesday when I passed the knowledge test and got my driver's license and new registration and plates on the car. I will have to follow up with the trailer later, as they didn't have the plate with the correct weight limit. The very nice guy at the hardware store drilled a hole and mounted the front plate for me - now that is service - complete with a smile!

Wednesday morning at 5:00 am, I headed to the airport to pick up Patty, who was returning from her Alaskan hiking, camping, and fishing trip.  We went back to my house, took Frisco for his walk, had breakfast and laid down to take a nap.  After showers, we headed over to Ben’s and we all walked down to Terzo for a yummy, slow roasted pork sandwich and some good conversation.

We relaxed a bit and then headed to pick Camille and Norah up from school and let them have some bike riding and snack time out in the garage and driveway.  For the most part, they all had fun and were well behaved, but there are always a few conflicts and I sometimes struggle to get them back on track.

A relaxing walk and some great barbecue was our choice for dinner and, best of all, we could have cocktails and not worry about driving home.  It was a nice evening and I enjoy walking through this neighborhood.  I turned on the tv and it wasn't long and we were both fading out, so we called it a night.

It was another early morning, as Pat had to be at Union Station to catch a train back to Portage where Roger would be picking her up.  I heard from her a little later that she was back at home and that it was an enjoyable ride on the train.

Friday, July 28. My day with Charlotte started out with breakfast, getting her hair brushed, packing a snack and heading to the zoo.  The exhibits that I saw on this visit were different than those I've seen in the past: the Minnesota exhibit with native plants and animals, the tropics area, and the Hawaiian Monk Seal demonstration.  I let her call the shots and we covered a lot of ground, saw lots of stuff, had some lunch, and had a great time. 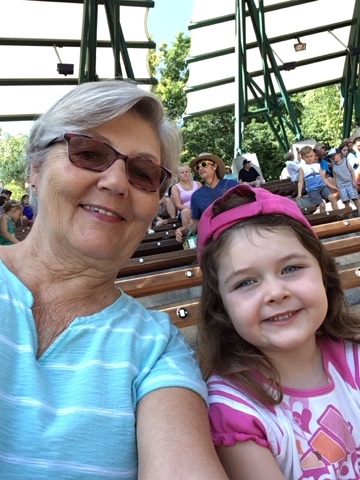 When we got back to their house, we had a giggle fest on the couch - it doesn't take much to get here laughing - fun, fun, fun!

Sunday, July 30.  I spent the last 2 days with my good friend, Tom, from Mesa. He decided to head north to see Minnesota (and me).  He’s camped about an hour south of here, so he came up here yesterday and we did some dining in my neighborhood (Turtle Bread for breakfast and Old Southern BBQ for dinner) and exploring Fort Snelling.  The fort was built at the confluence of the Minnesota and Mississippi Rivers in 1820, built of sandstone (the native tribes had cleared the forest) and was never used for battle, but was used until after World War II.  It was a self guided tour with demonstrations of shooting a cannon, loading and firing a flintlock rifle, and marching on the parade grounds.  Only 4 of the buildings are original, all others were reconstructed after being deserted for several years. There were folks dressed in period costume who told about what it was like during that time in our history.  An interesting and educational visit. 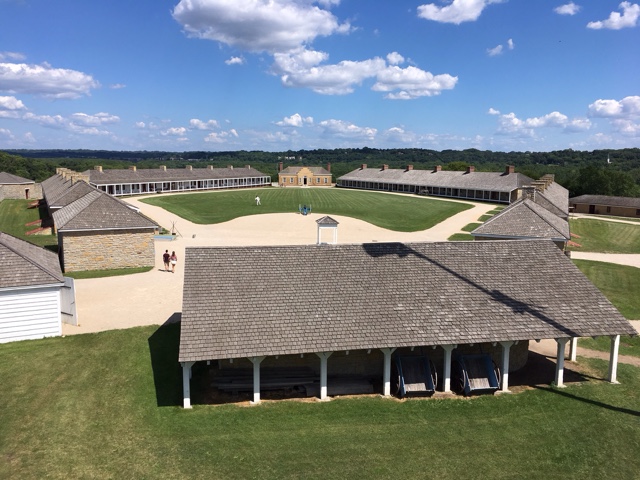 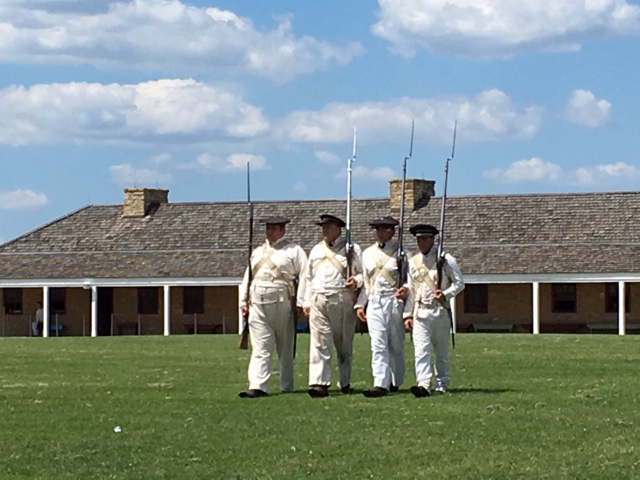 Today, I drove to Owatonna and together we went to Austin to the SPAM Museum - and now, for something completely different!  It is a very nice museum with everything, and I mean everything, there is to know about SPAM, a company that employs a lot of Austin folks and plays a huge role in their economy.

After lunch at BJ’s (listed as one of the top things to do in Austin), we drove back to Owatonna to the Kaplan’s Woods Parkway and walked a nice, paved path along a small lake.

As always, we managed to talk and laugh and have a good time.  It was a nice weekend, shared with a good friend!

Posted by Bridge Coast to Coast Saga at 3:11 PM