Thursday, August 16.  Backtracking to Monday morning, I got a text from Ben asking about the beach that Lois and I had taken the girls to back in June. He is on vacation this week and wanted to take them to a nice beach. I had nothing going on that day, so I met them at Lake Ann near Chanhassen. We all played in the water, had snacks, rented a rowboat to check out the shoreline and another beach area, had popsicles and then I headed back home. 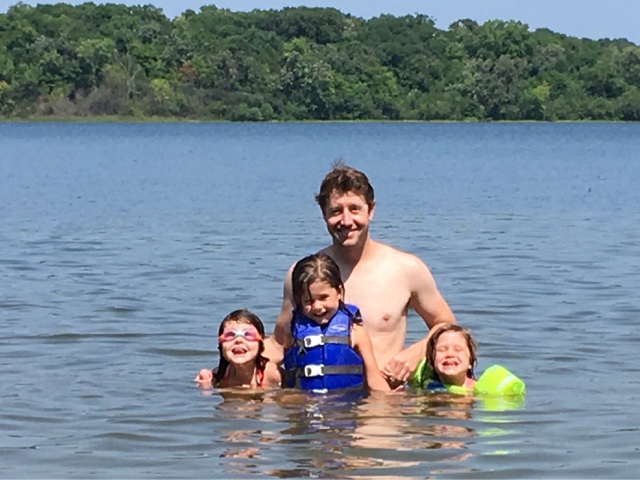 Tuesday was laundry day and a good day for hanging out in the pool in the afternoon. In the evening, we went to Maynard's Grill in Rogers for dinner - a nice and easy-to-get-to place where we both enjoyed a beer and good food.

As we walked around the park today night, we ran into Patty and Dennis and stopped to talk with them.  The apple tree next to the road was so tempting to me that I reached over, picked an apple, and ate it.  Later that night, my phone rang and the caller was Joyce, the owner of the KOA. She told me that she saw me pick the apple and later saw some kids picking apples, and thought that I set the example. She asked me not to pick any more. The next morning, I was teased by some of the long-timers here, as they had all heard of the incident. How embarrassing!

Wednesday was my birthday shopping day with the girls, since I won't be here for their actual birthdays his year. I decided to take them shopping to choose their own gifts - an outfit, shoes, and a toy. I started with Norah and Camille and I was a little surprised that they were quick to decide on leggings and a top at Old Navy and then we went to Target where they chose an accessory pack for their American Girl dolls as their toy, followed by lunch as we sat in the car in the parking lot at the shoe store.  Once they were revitalized with food, we shopped for shoes and they both chose the same shoe, Norah's are a half size smaller than Camille's, so they will have to be labeled in some way to tell the difference. They will find a way. 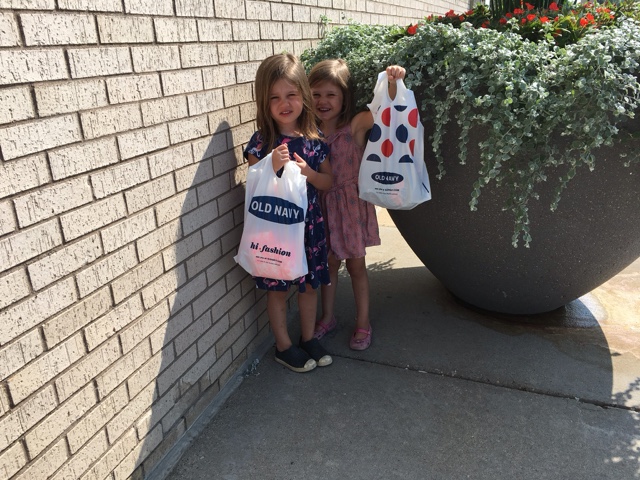 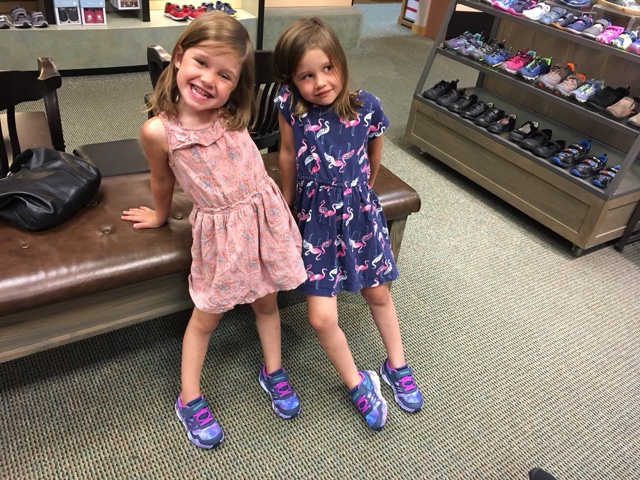 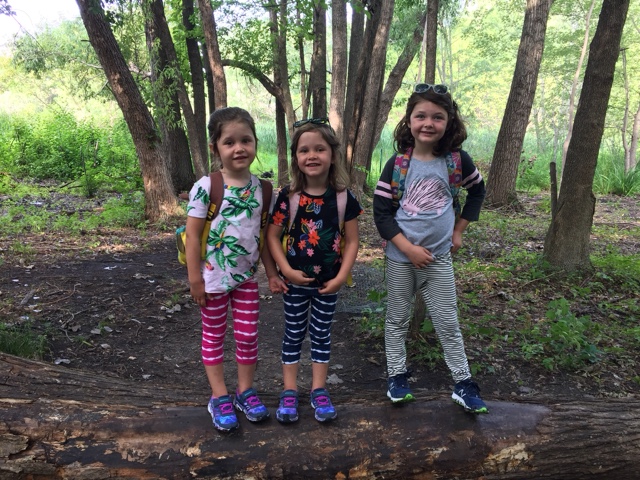 After dropping them off at home, Charlotte and I headed out. We started at the shoe store and then her priority was the toy department at Target where she opted for a Barbie doll set. Her decision-making process took a bit longer than Norah and Camille did.  She also wanted to get her clothes at Target, so that made it easy.  They are all growing up so much, it makes doing things easier.  Plus, their parents are doing a great job of teaching them good manners and to be well behaved.  It sure makes it nice and fun to be around them.

This morning, well, it was almost afternoon (it takes us a while to get going), Tom and I headed out to Henry's Woods for a walk, only about 3 miles north of the KOA where we are staying.  We had spotted the parking lot on our way home from dinner the other night.  The history is that the woods was once part of a 2,000 acre Big Woods that once covered much of Minnesota and Wisconsin (the area that Little House on the Prairie was based on), that is now reduced to only 50 acres, due to farming and development.  The Henry family designated this as a nature preserve that is open to the public and is part of the Rogers Park System.  Our walk was only about a mile and that was taking 2 loops through the woods, but it was pleasant and cool and enjoyable. 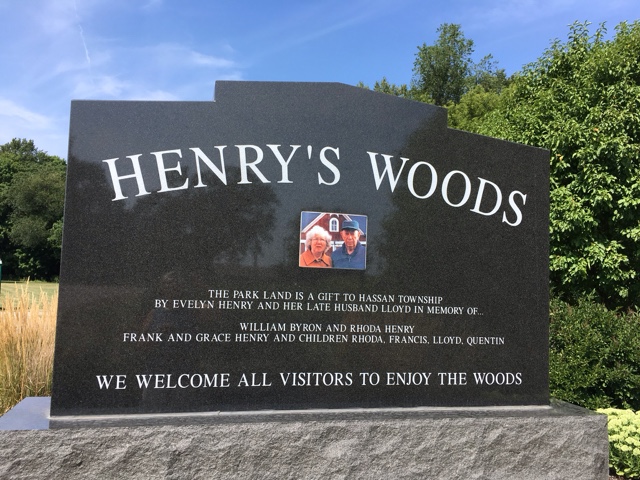 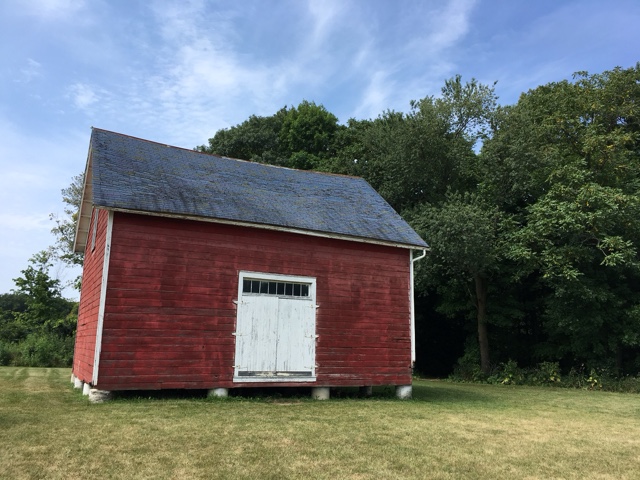 The last remaining building on the Henry farm.

On our way home, we stopped at a roadside farm stand and bough sweet corn, cucumber, onion, and cantaloupe.  Next to that was a BBQ stand that was getting quite a bit of traffic, so we got pork and beef sandwiches to take home with us for lunch/dinner tonight. Mmmmmmm good!

Sunday, August 19. Happy 49th Birthday to my first son, Patrick Michael Bridge!  I remember a hot, humid day back in 1969, spent mostly in labor at St Mary's Hospital in Madison, excited with anticipation. We were so happy to meet our cute little 5 pound 11 ounce baby boy and then the challenges of being parents began for us, basically just kids ourselves - Mike was 22 and I was 21 years old. But all worked well through the years and we have a son who is intelligent, responsible, kind and caring - and actively includes me in his life - you can't ask for much more than that in this world.

While walking around the park this week, Tom stopped to chat with a young guy and learned about a good hiking spot, the Springbrook Nature Center in Fridley, so we headed there this morning.  After parking, Tom got a map for us and we headed down the trail, only to learn that dogs are not welcome there, except on the bike trail that runs parallel to the road.  I went inside to find out if they could recommend another spot and learned about the Coon Rapids Dam Regional Park, which turned out to be a good choice.

We walked the trails along the Mississippi River and Frisco got to walk into the water along the shore, cool down, and get a drink of water.  He is so funny in that he rarely drinks water that I offer him as we hike, but he gets his fill when he's near a lake or stream.  We had a nice, 2-mile hike along the river, through some pretty dense forest, and also through a prairie full of goldenrod, daisies, coneflowers, spurge, and grasses.  We might just have to return, as you can walk across the dam to access trails on the other side of the river. 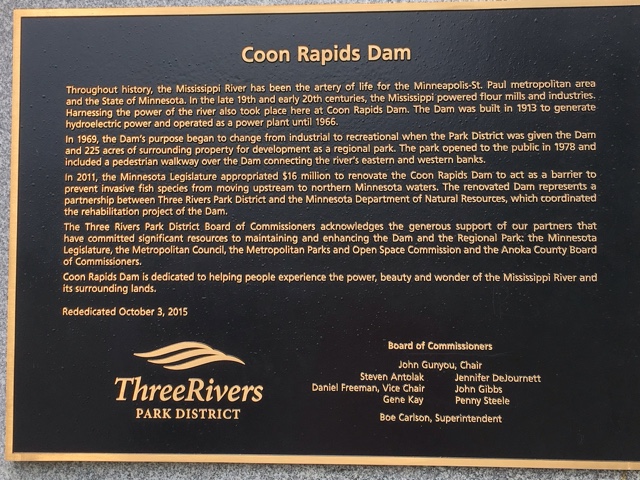 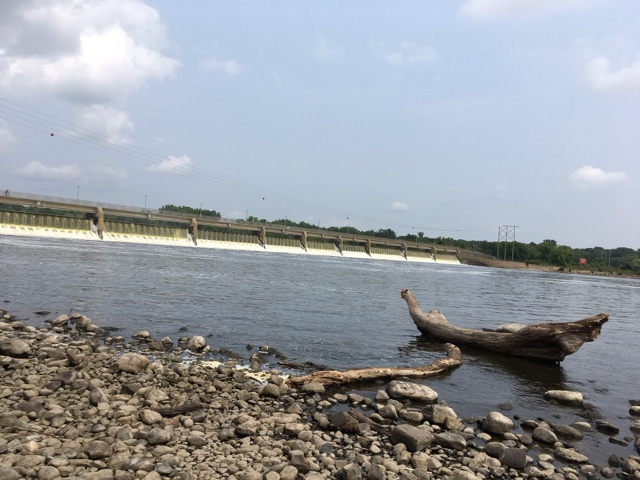 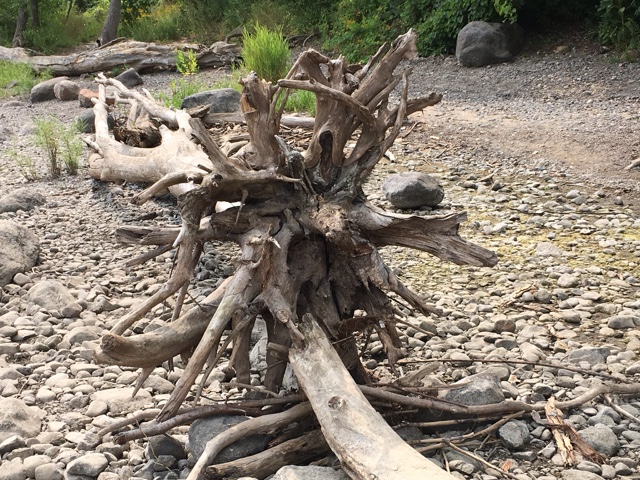 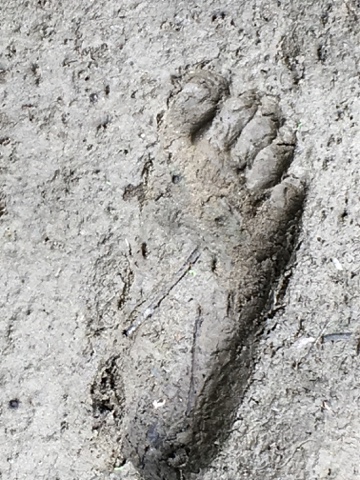 Is it Bigfoot?  Hardly - it's a photoshop trick. 🤣 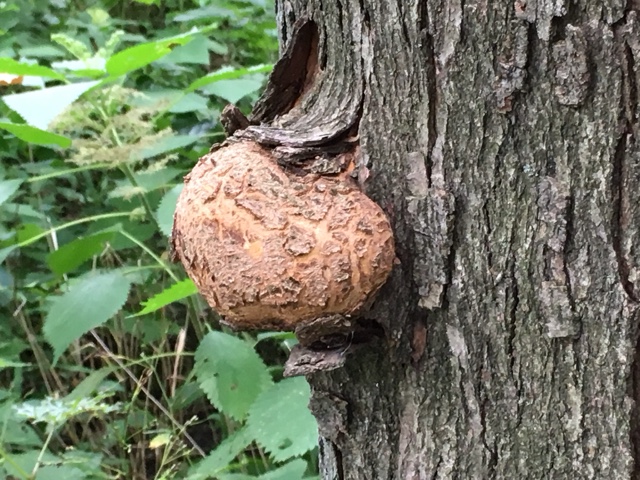 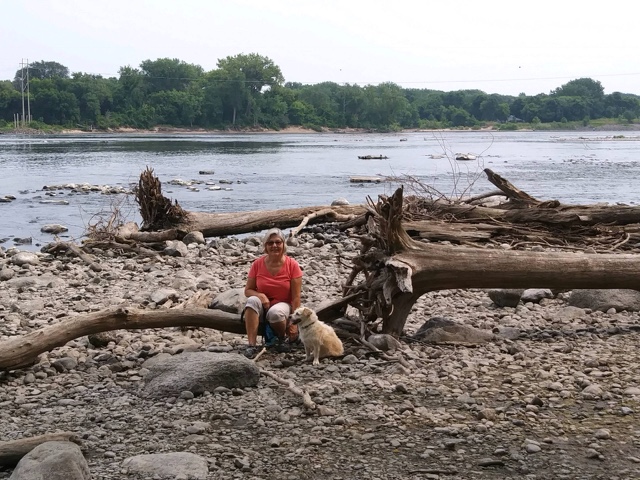 Posted by Bridge Coast to Coast Saga at 2:39 PM