Tuesday, August 28.  We went to IKEA today to look at the duvet covers and decided on a pattern that we both liked and then there were none of them available. Bummer!  I'll have to keep an eye on their website and try to get ahold of one whenever we get near another IKEA - maybe Kansas City, since we will be moving pretty regularly until we get back to Arizona.

After IKEA, we went to my storage unit in hopes of picking up a few things to take with us.  Unfortunately, the way the movers loaded the thing, it was impossible to even tell what was in the boxes.  We gave up on the idea, put things back just the way they were and headed back to the trailer. 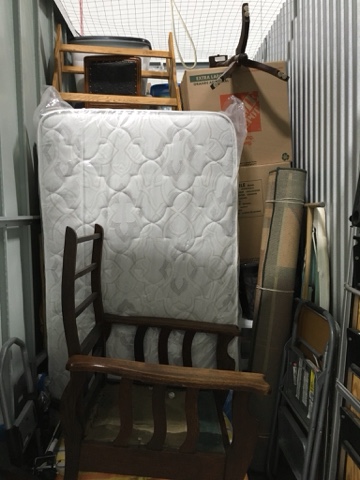 We saw the Great Horned Owl tonight! While we were walking the path around the eastern loop of the park, I could hear it, pretty close to the path and it sounded just like the one I had heard in the wee hours of the morning a couple of weeks back.  We were standing there looking for it when it flew through the treetops and perched on a branch, not far from where we stood. We could see it and tell that it was an owl, but our view was obstructed by branches. And then he flew right past us through an opening in the trees and we got a good view of it, although it was pretty dark out.  It was a large bird and we were both excited that we got to see it!

Wednesday, August 29.  Today's highlight was a last stop to say goodbye to Ben and the kids.  They have travel plans for the weekend, so I wanted to see them one more time before we head back south. We got there in time to chat with Ben for a bit, then walked to Zen to get Norah and Camille after school. We played in the front yard for a while, then kicked the soccer ball around in the back yard until it was time to get Charlotte at the bus stop.  I played Legos with her and then we hugged them all and headed out. 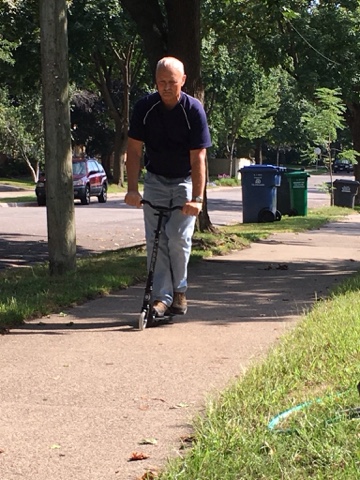 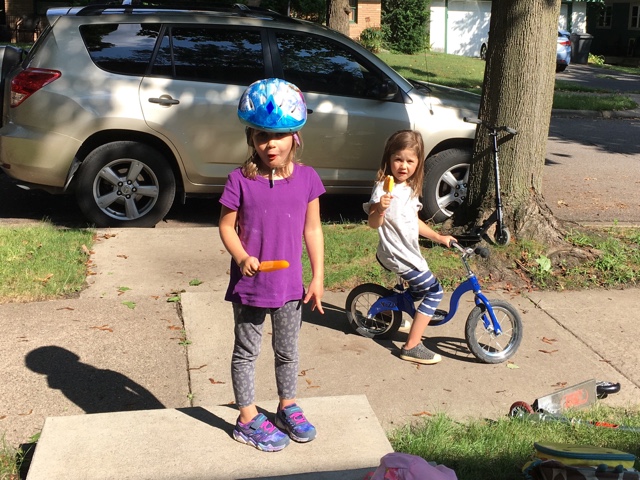 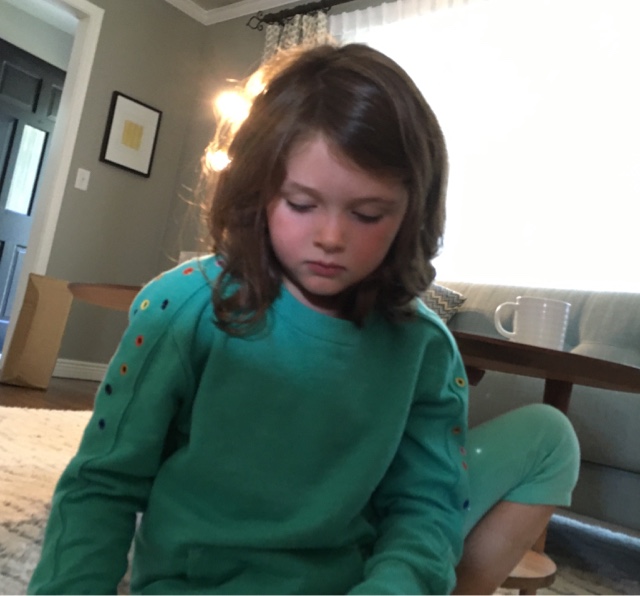 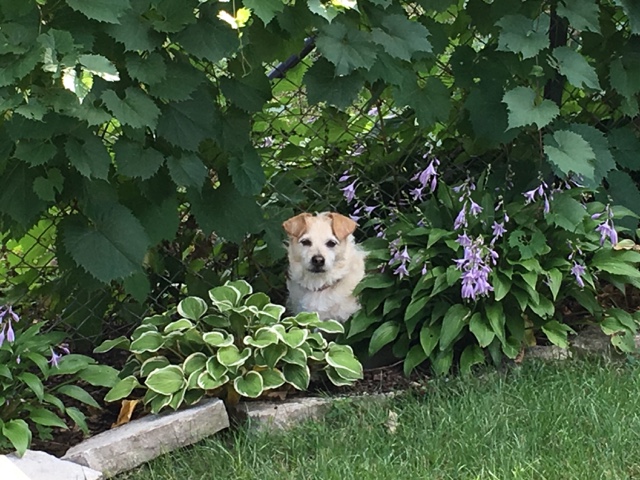 Thursday, August 30.  Minnesota State Fair Day!  Before we could do that, we had to take care of some business so Tom could get an exemption for the emissions test that is required to renew his tags on his truck.  He had already printed the form and all he needed was a signature by a policeman verifying that his truck was NOT in Arizona. The person at the police station sent us to the DMV who said they couldn't do it because they were a county office, not a state office. Grrrrrrr! He will have to tackle it tomorrow.

We drove to the Fridley Transit Station, boarded a state fair express bus ($5.00 each), arrived at the fairgrounds in about a half hour, bought our tickets ($9.00 for seniors) and walked through the gate.  The place is huge and the streets were bustling with people.  We went in some of the cattle barns and saw horses, cows, and hogs and watched part of a pleasure class riding competition. 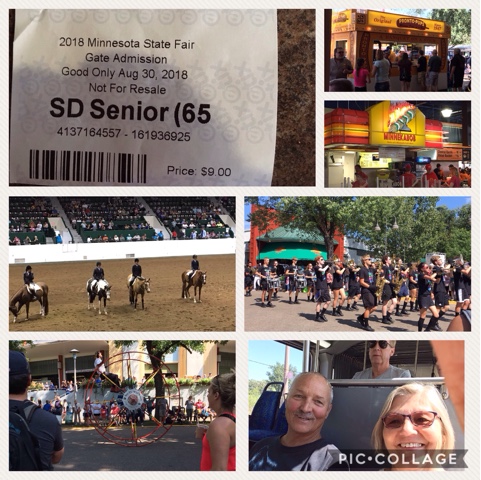 There was no lack of food on a stick from every little slice of the world but we had heard radio dj's talking about the Pronto Pups (hot dog on a stick) and we both wanted to try them. Not bad, they had a very light breading and were brushed with ketchup and/or mustard. We grabbed a couple of beers and ate our Pronto Pups while crowd watching.

At the Leinenkugel pavilion we sat in the shade and watched The Next Generation Leahy Family (Mom, Dad, and 9 kids, ages 16-1) doing Irish dance and making music.

The next band was Jimmie Allen, a today's country group that was much louder than it should be and we only lasted through 2 songs.

And then we just strolled around through the International Market and the Minnesota Marketplace.  Tom had a Scotch Egg (a hard boiled egg wrapped in sausage, coated in bread crumbs and fried) and I had a stick of stuffed olives and an ice cream cone before heading back home.  The express bus back to the Fridley station was the way to go, it only took a half hour in rush hour traffic - buses are allowed to drive on the shoulders of the freeways and we just plowed our way through all of the other traffic.

Posted by Bridge Coast to Coast Saga at 7:44 PM