Tuesday, July 31.  We had a full moon eclipse this week but I didn't get to see it. Imagine that - usually in bed before 10:30 and we haven't been hanging outside after dark, not even a Campfire? What's with that?

We went to pick up Charlotte for her campout on Sunday and were invited to join the family for Ben's ribs, Jill's potato salad, and our farm-fresh corn on the cob and cantaloupe that we found at a nearby roadside produce stand.  It was a great time and Charlotte was excited to come with us for a couple of nights.

Yesterday morning, we went to the pool and she met a gal named Nora that she played with, dove for arrows, and started a friendship. Nora's Mom said they would be back the next day around 11ish and CC was excited about that.  The next morning, we went back there and Nora wasn't there, but she became friends with Luna,and they played at the pool, rode their bikes together, and played at the playground.  Charlotte was definitely hoping for more playtime, but it didn't really happen since Luna was here with a large group of people. 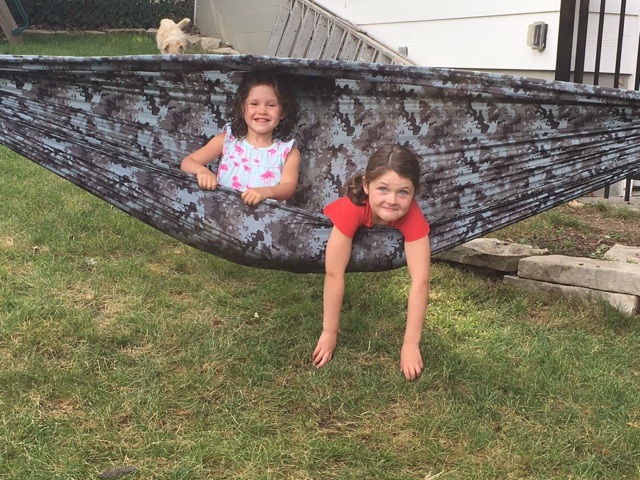 They love the new hammock. 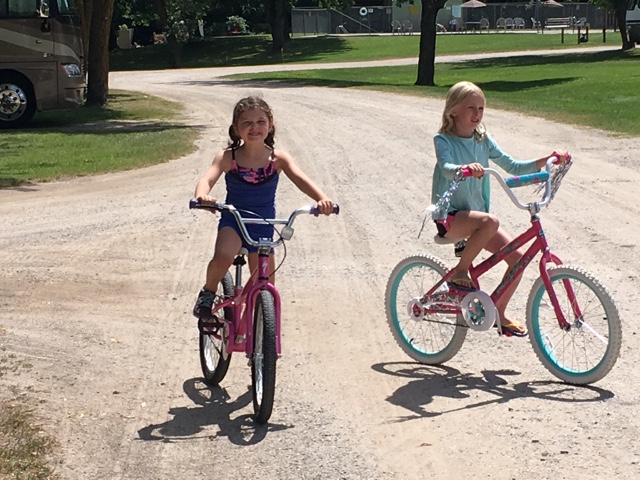 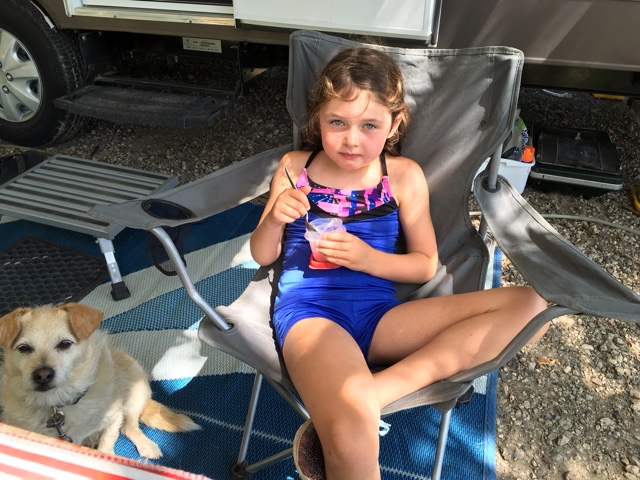 About 4:00, she started saying she was ready to go home and we headed there around 6:00 after having pizza for dinner. 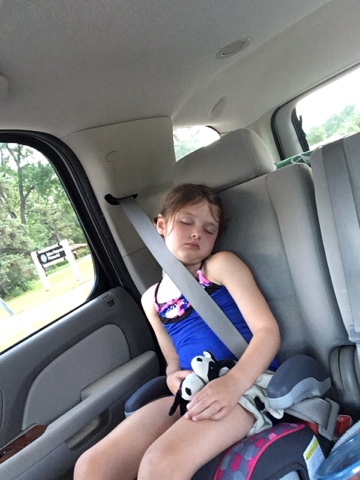 Lucky for me, I was able to get a great haircut from Jill, although I felt bad about taking up time in her very busy schedule.  I learned that I have damaged my hair (I was aware of that, but not sure of the cause) by blow drying it too much. It's too bad, because that is my habit and it never really had an effect in the past because my hair was always kept pretty short.

Posted by Bridge Coast to Coast Saga at 3:15 PM