We had breakfast, went for a short walk and packed up the car and headed for Durango. I had made a reservation for two nights but we are having second thoughts about that. This is the route we took. Although the distance was only 171 miles, it took us over five hours, as we reached the summit of at least four mountain peaks (Coalbank Pass, Molas Pass and Red Mountain Pass) along the way, stopped to explore a bit and at a couple of scenic overlooks. 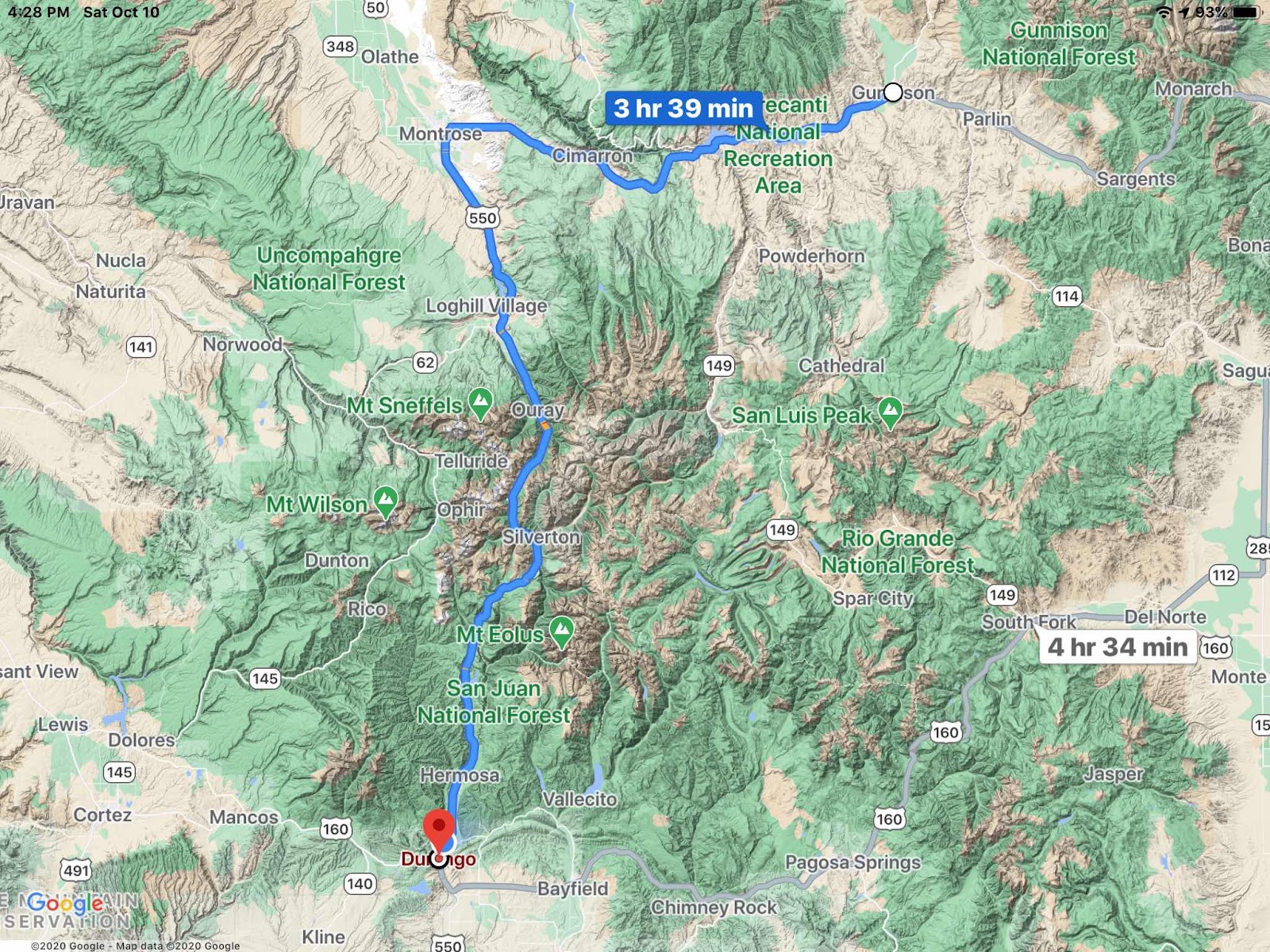 The stretch of road between Ouray and Durango is called the Million Dollar Highway and is considered the most beautiful drive in the US, although it is quite treacherous in some areas. The uphills and downhills are steep, the are pullouts everywhere with access to trails, some curves have no guardrails day at places the road is quite narrow.  Tom did an excellent job of maneuvering the road and got us to our destination in time.
Yes, the dots are bugs on the windshield. 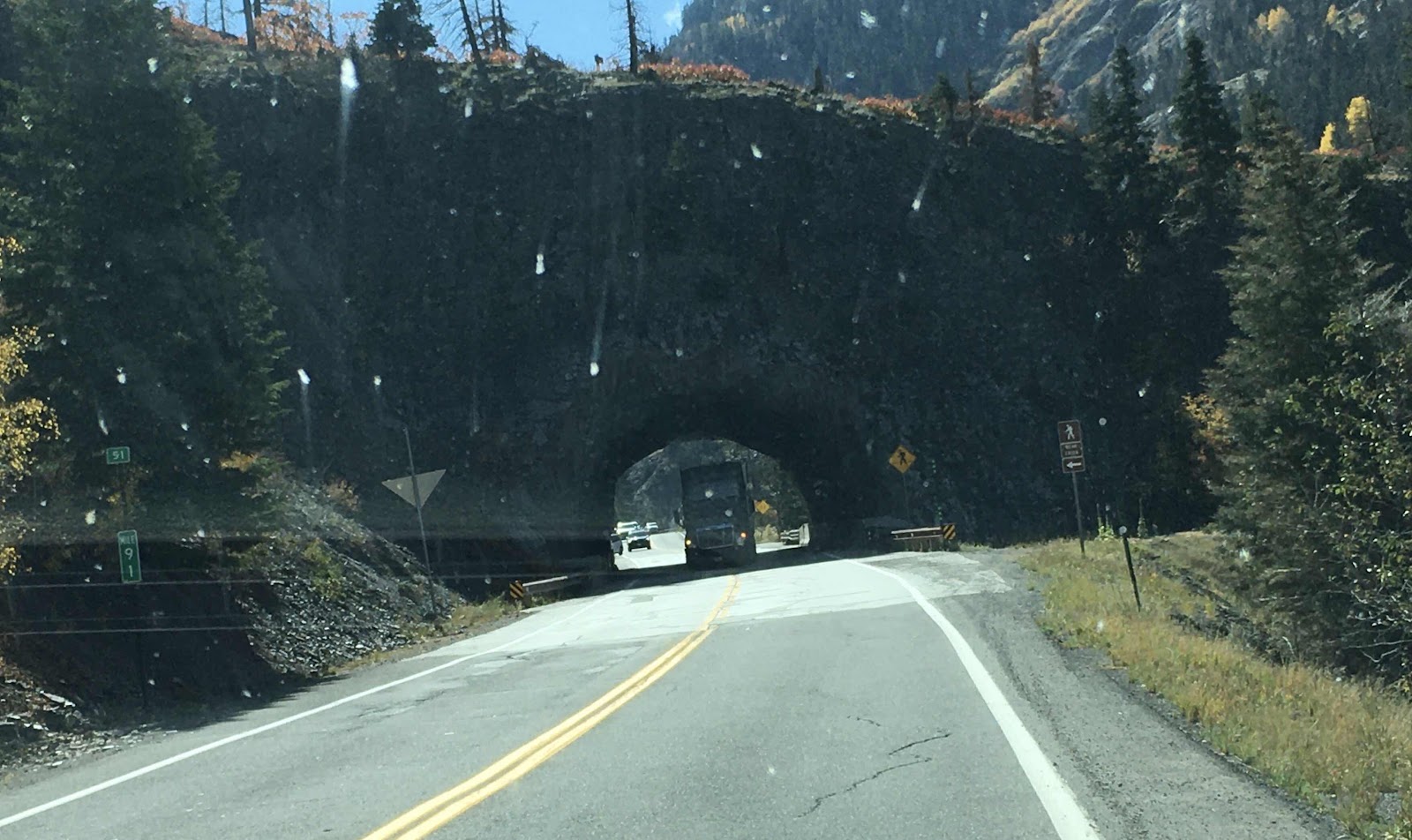 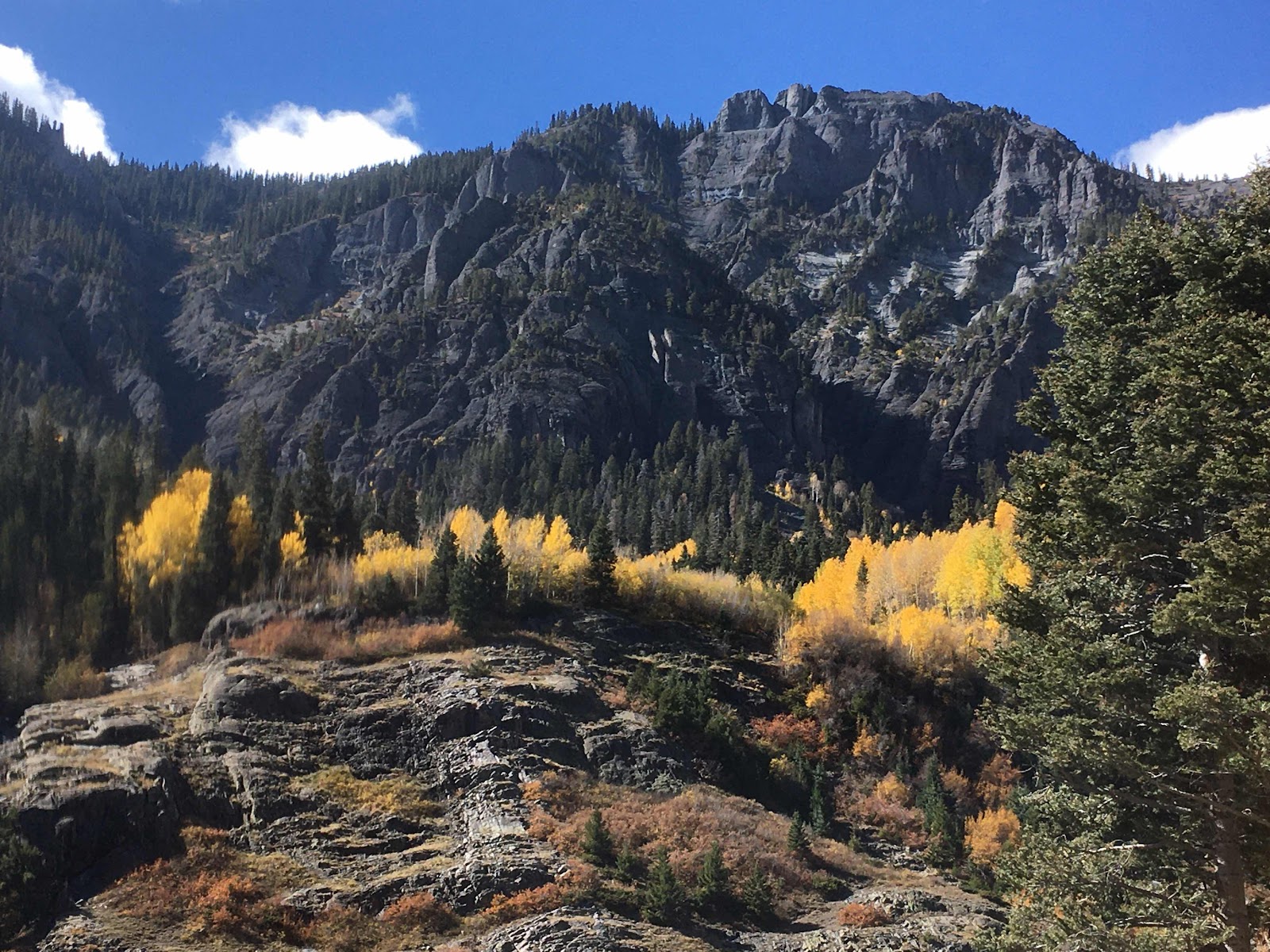 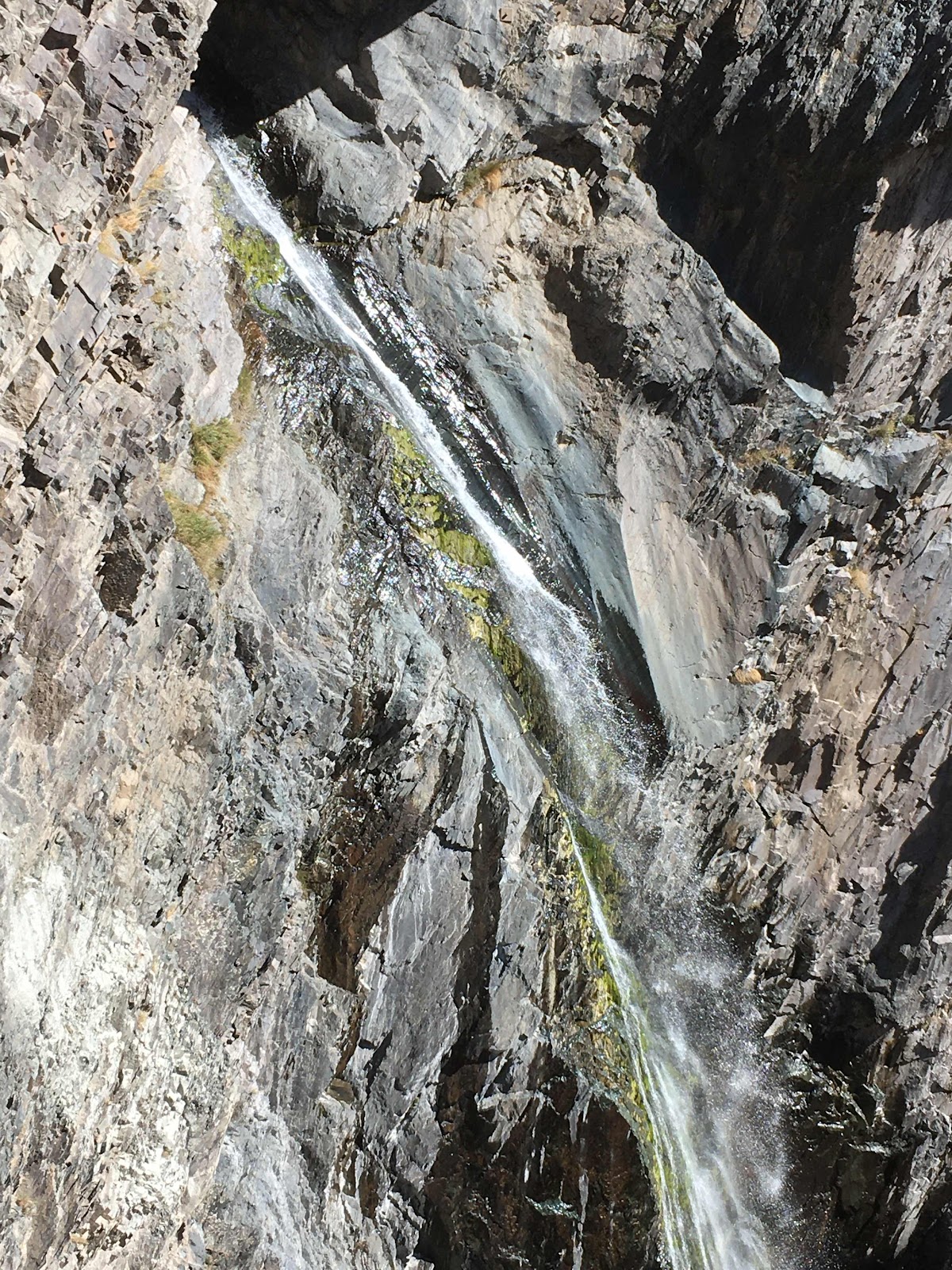 We arrived at the Caboose Motel and both had regrets almost immediately.  We were told our room wouldn’t be ready until 3:00 because the the disinfectant had to dry before it could be occupied.  So we drove around the town a bit and returned about 3:15.  The lady got a bit huffy with me and said the cleaning staff wouldn’t be done until 4:00, so we wandered around and then sat in a little fenced are of the property until she came out and told us to take a different room that was complete.  It is OLD and DATED, has few electric outlets, but it is clean and it’s only for one night.
Posted by Bridge Coast to Coast Saga at 3:27 PM