We watched the first Presidential debate last night and it caused me lots of anxiety as our current President Trump was so rude - interrupting constantly and talking over Joe Biden, making false statements and taking credit where credit is not due him. He even went so far as to tell supremist groups to stand ready, as he will not accept the results of an election if he doesn’t win. Our country is really sad right now.
Our bags were loaded and we were on the road by 9 am. We both have an interest in seeing more of the area, so we headed west on US 30 (the loneliest road) that took us through lots of small towns, giving us a taste of rural Iowa and Nebraska.  The Historical Village and Visitor Center in Missouri Valley drew us in and we spent an hour walking the trail and checking out the historic village. It is located in the Loess (pronounced like ‘bus’) Hills geographic area that runs north and south through western Iowa, along the eastern edge of the Missouri River.   The landscape was interesting with prairie and forest covered bluffs, narrow ridges, and rolling hills. 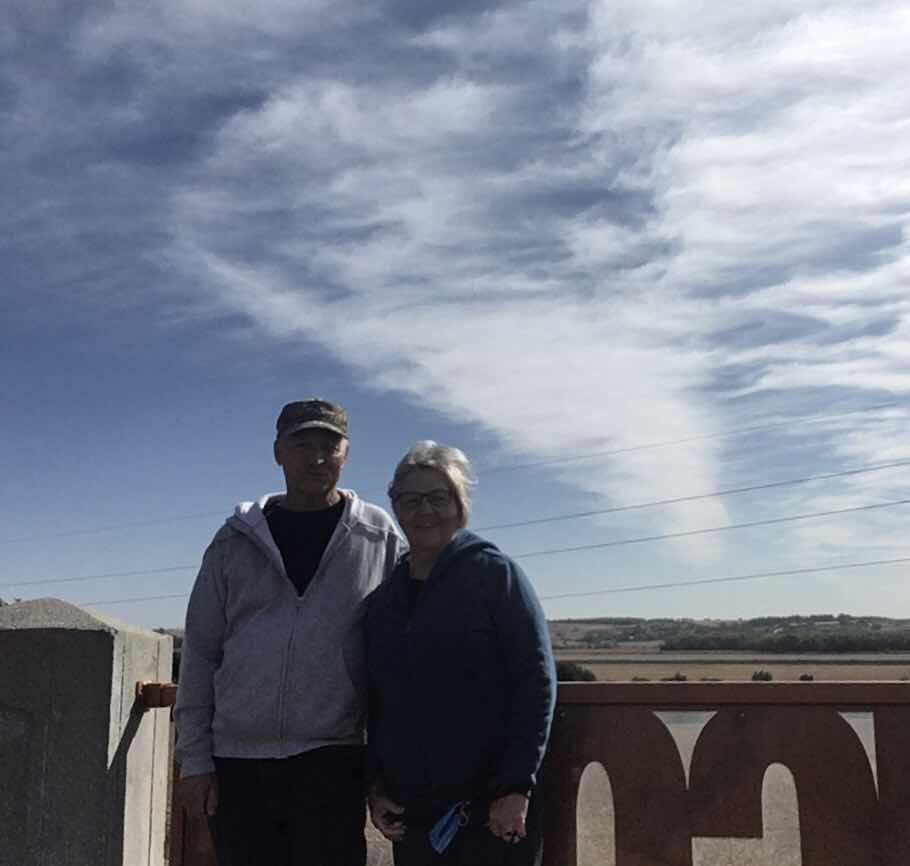 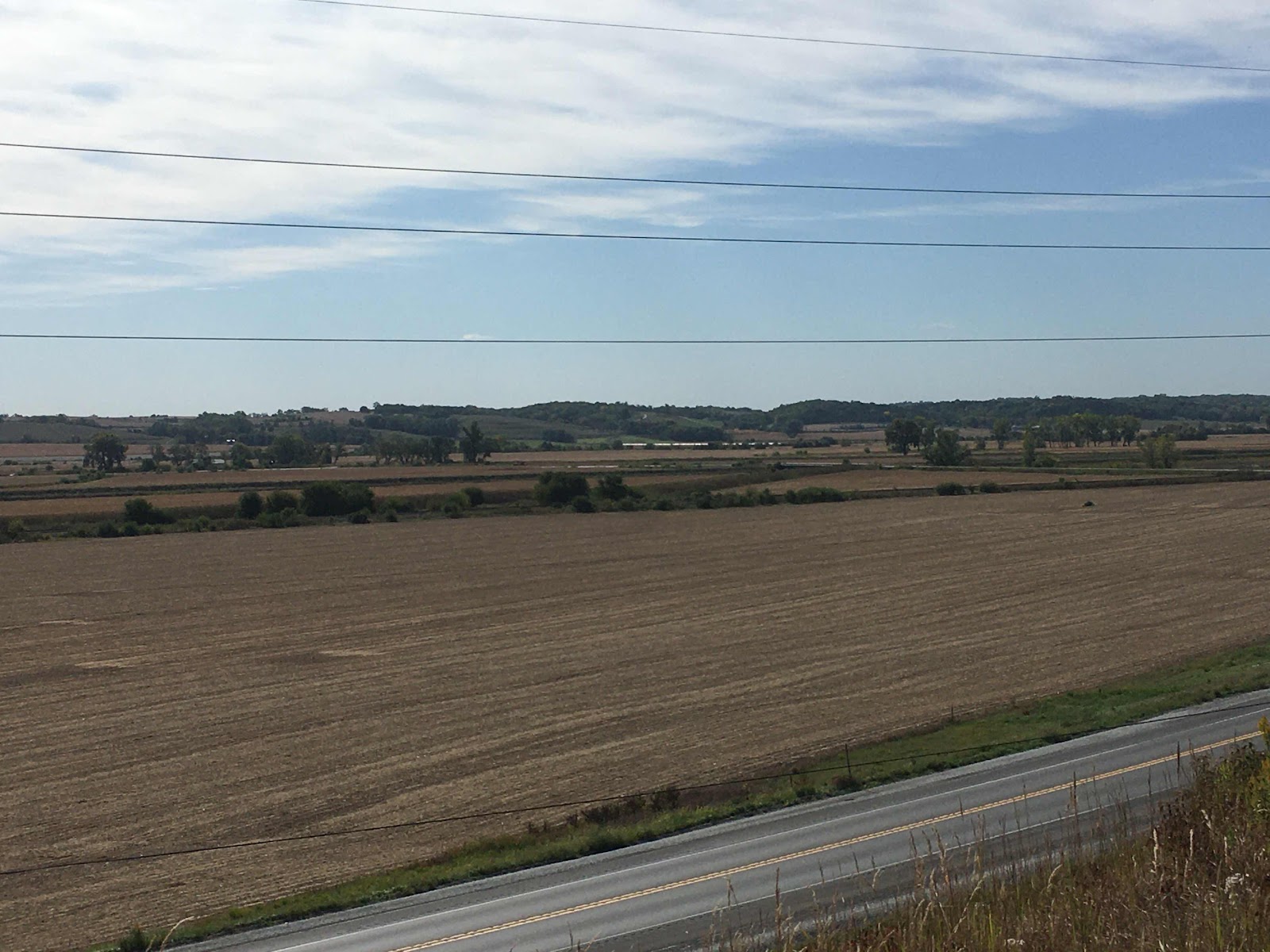 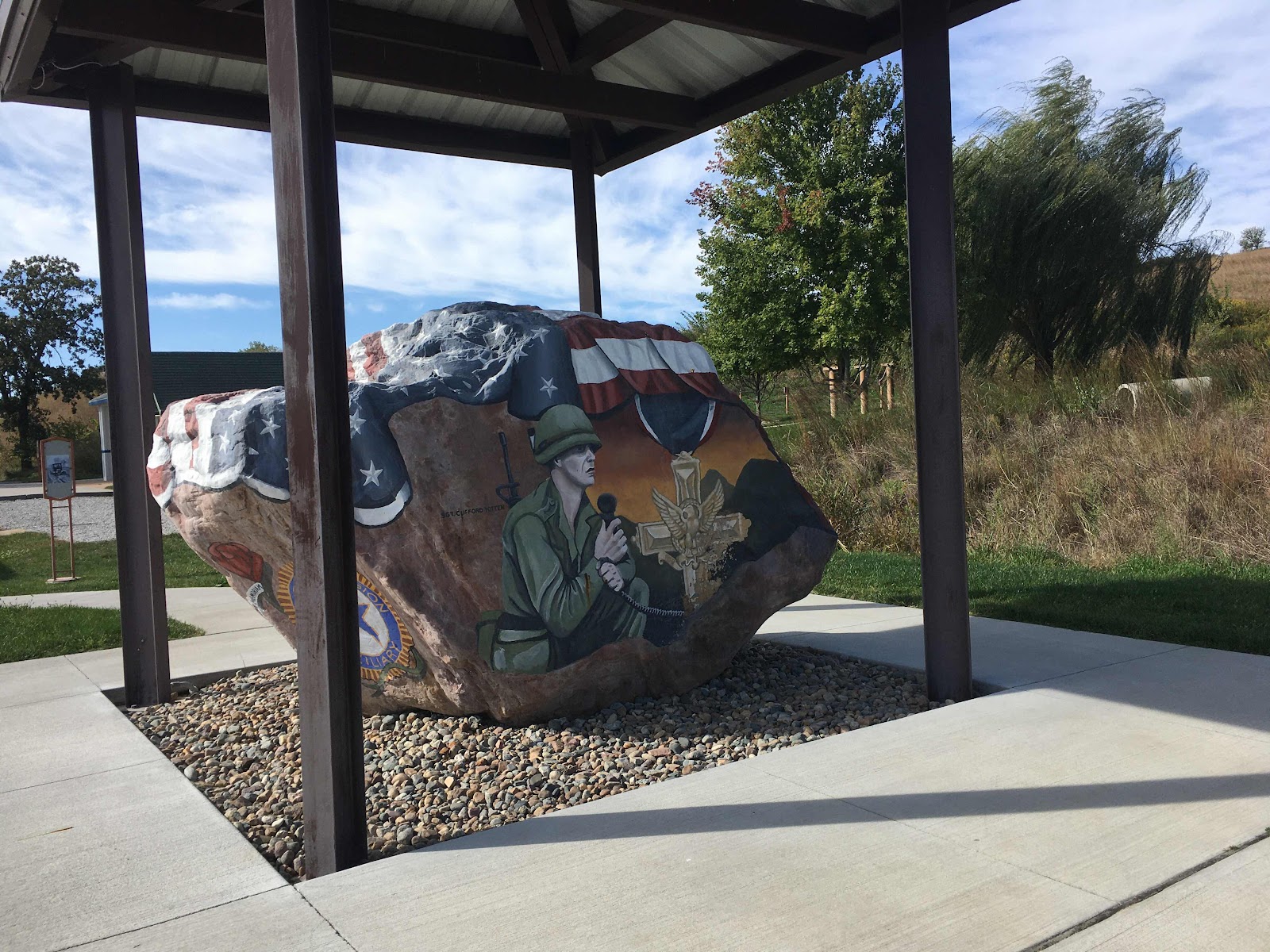 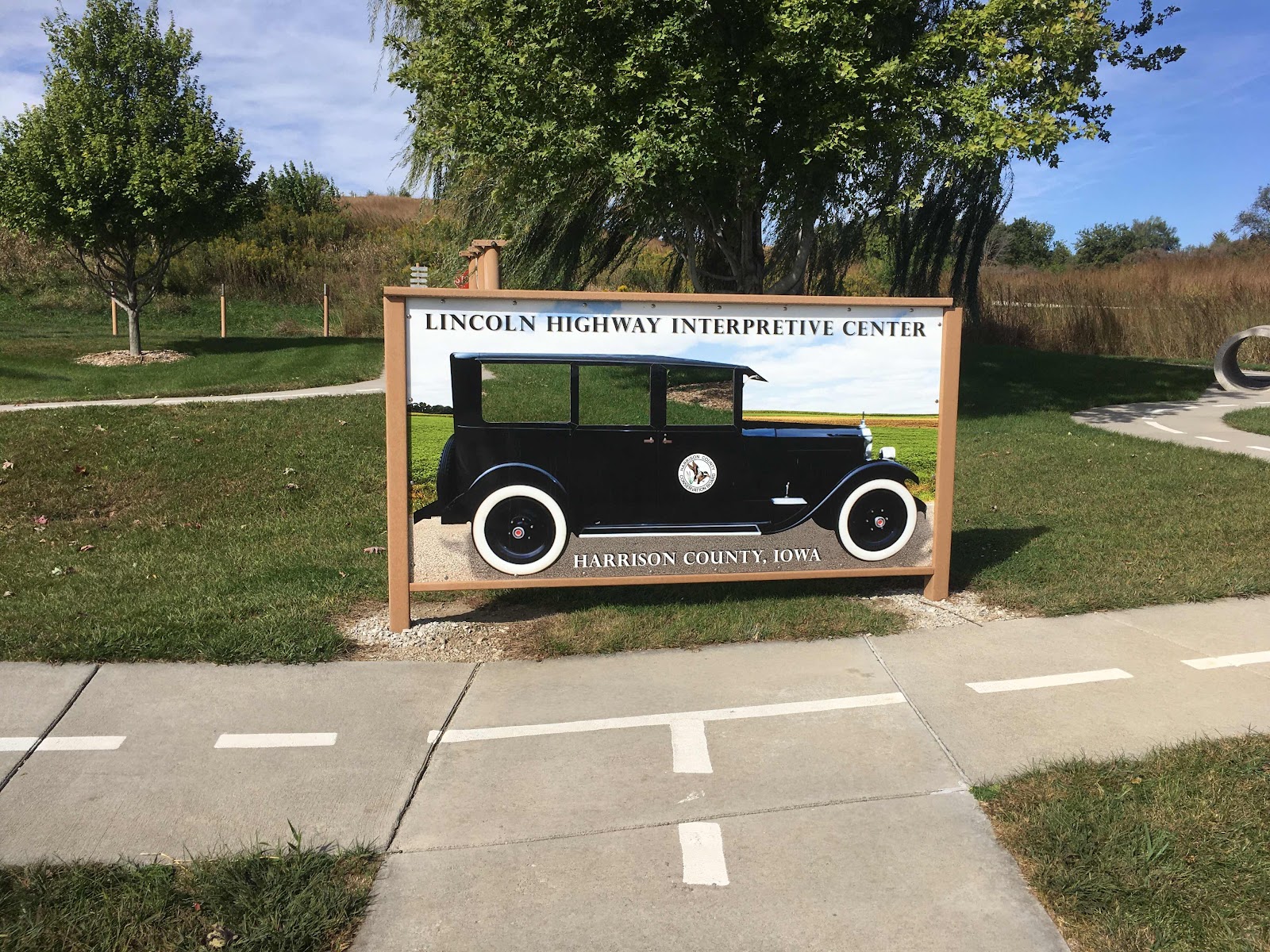 We settled in North Platte for the night or maybe two. The America’s Best Value Inn was our choice based on their raving reviews for a small, retro, $55 room with no additional fee for the dog. Although it is a little dated, it is spotless. 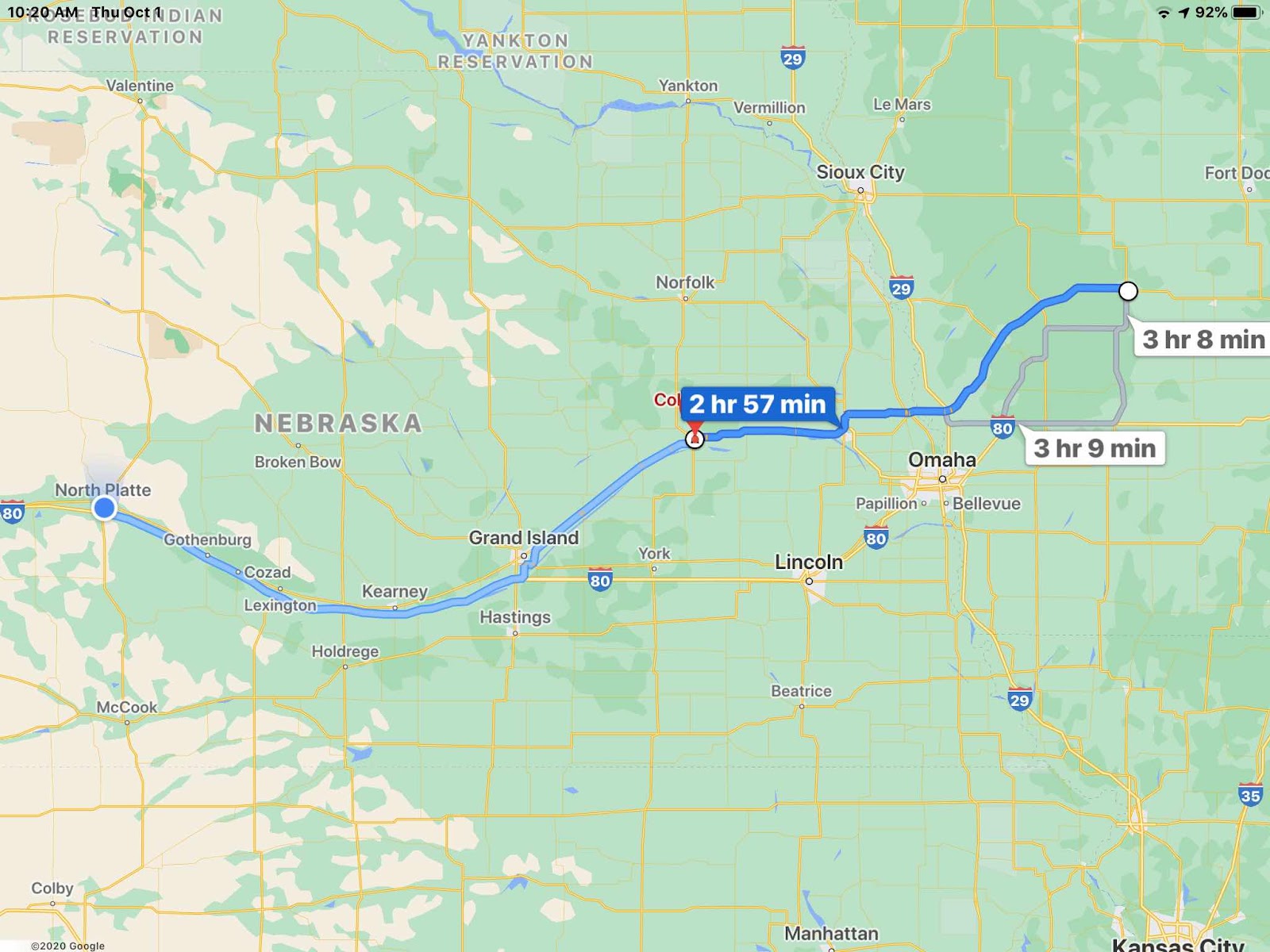 We walked to a nearby tavern, Dave’s Pub, for dinner and we were a little stressed as nobody was wearing masks and there was no distancing going on. I asked my friend Google for help and learned that this county has had 425 cases and only 4 deaths - so I felt a little less uncomfortable, had a beer and taco salad.
Posted by Bridge Coast to Coast Saga at 8:24 AM