Back on Friday, we loaded up and were on the road by 9am after having a nice breakfast here at the hotel. We decided to take the route that the guy we talked with at the park suggested - a more scenic route than what we would find on the interstates.  So we followed this route and it took us about 45 minutes longer than the interstate route, but we did see more of Nebraska and Colorado: 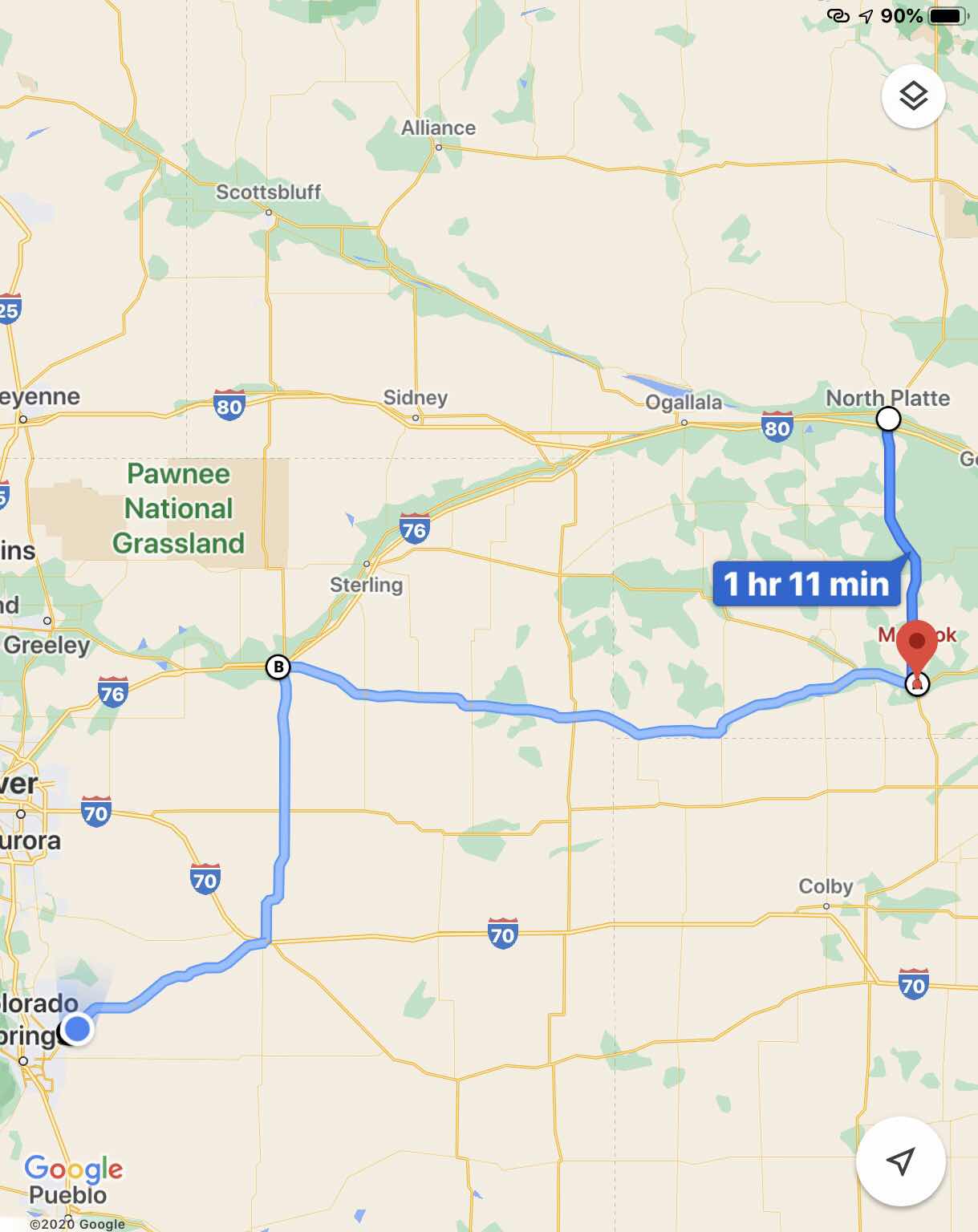 It sure was nice to see Joyce and Burrell again and they are putting us up in their 40’ motor home that probably has as much room in it as the last hotel rooms we stayed in. Very nice, safe, and distanced accommodations for the next few days.
Home, Sweet Home

Lily, one of our delightful hosts. 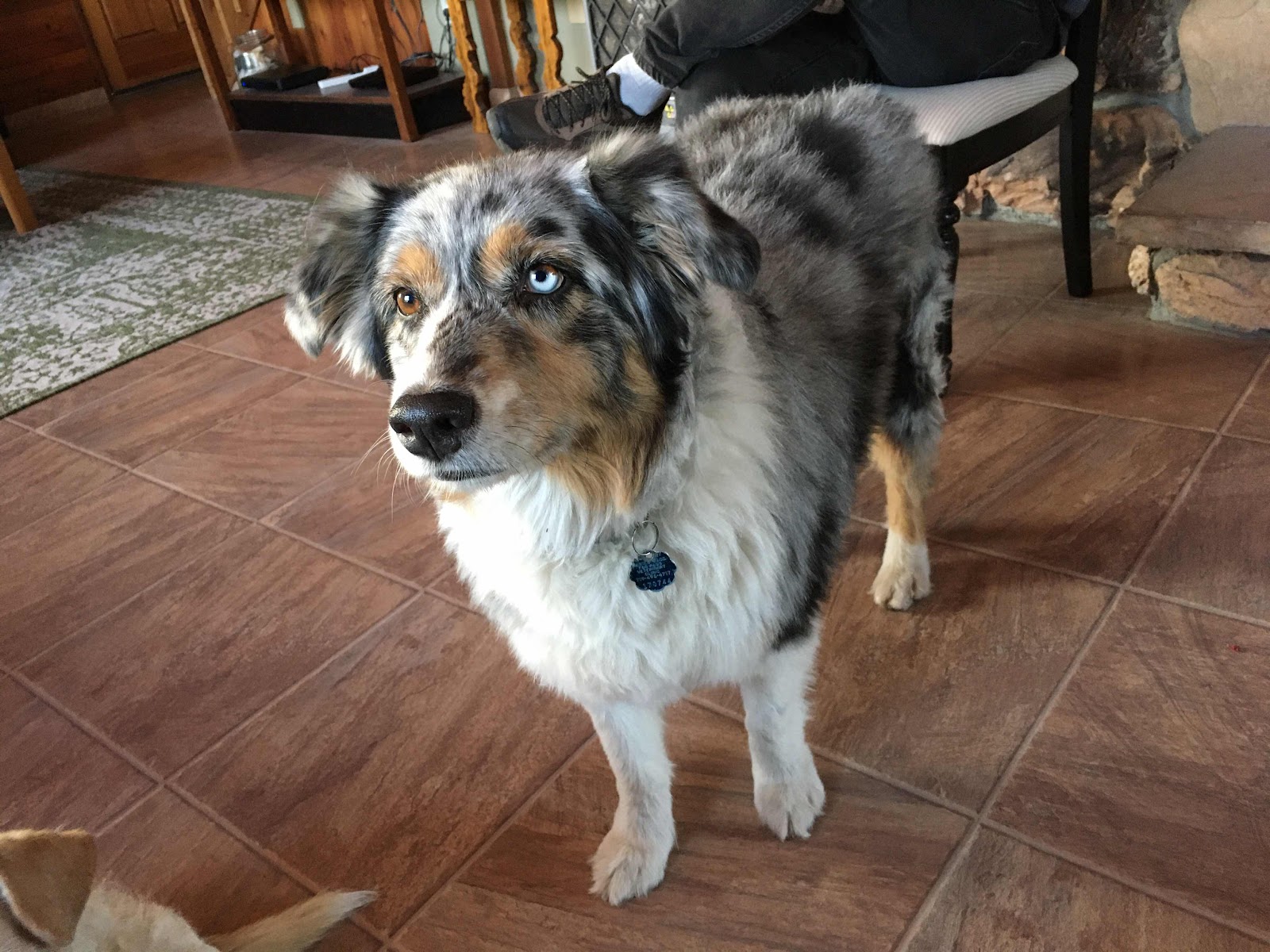 Yesterday, Joyce, Tom and I and the dogs went for a nice long walk around the neighborhood that consists of nice homes on lots of 2.5 to 7 acres.  We have been lucky to see some wildlife here: large flocks of Sandhill Cranes flying at a high elevation on their southern migration, jackrabbits, and Bluebirds. Last night after dinner, Burrell spotted something flying straight toward the house and thought it was a hawk, but it was a Great Horned Owl that perched on a post at the edge of the yard. What a great sighting!
Burrell fixed us a delicious chicken dinner and we had lots of good conversation and discussion about the latest news topic; our President has been hospitalized with COVID-19 after continuously refusing to wear masks, having huge rallies with his followers not wearing masks or keeping distance, and toting that the virus is nothing more than the flu. Several staffers and his wife have also tested positive. The outcome of this is going to be interesting.
This morning as I was walking Frisco, I spotted what I thought was a Coyote and it ended up being a large Red Fox walking through the grassy field.  Too bad I didn’t have a camera with me.

Posted by Bridge Coast to Coast Saga at 7:20 AM