Happy Memorial Day, the day that we remember those who have fallen while serving our country. I have only personally known two classmates who died in Vietnam.  May they Rest In Peace.
We went to the State Park again to see if the hiking trail had dried up at all. It was much better but we still had some flooded areas to find a way around, kind of messy.  We did get about a 1 3/4 mile walk in and ended up having to do a thorough check for ticks as I had 10+ on me and Tom found only a couple. Some were the common wood ticks that were very visible and others were tiny deer ticks.  Lyme disease is not very prevalent here, fingers crossed that we found them all.  Back at home, I checked Frisco thoroughly and I didn’t find a new ones but I found an old swollen one that had been feeding on him for a while. I managed to remove it cleanly and I hope it doesn’t get infected. Damn things!
I have to photo the local wildflowers. 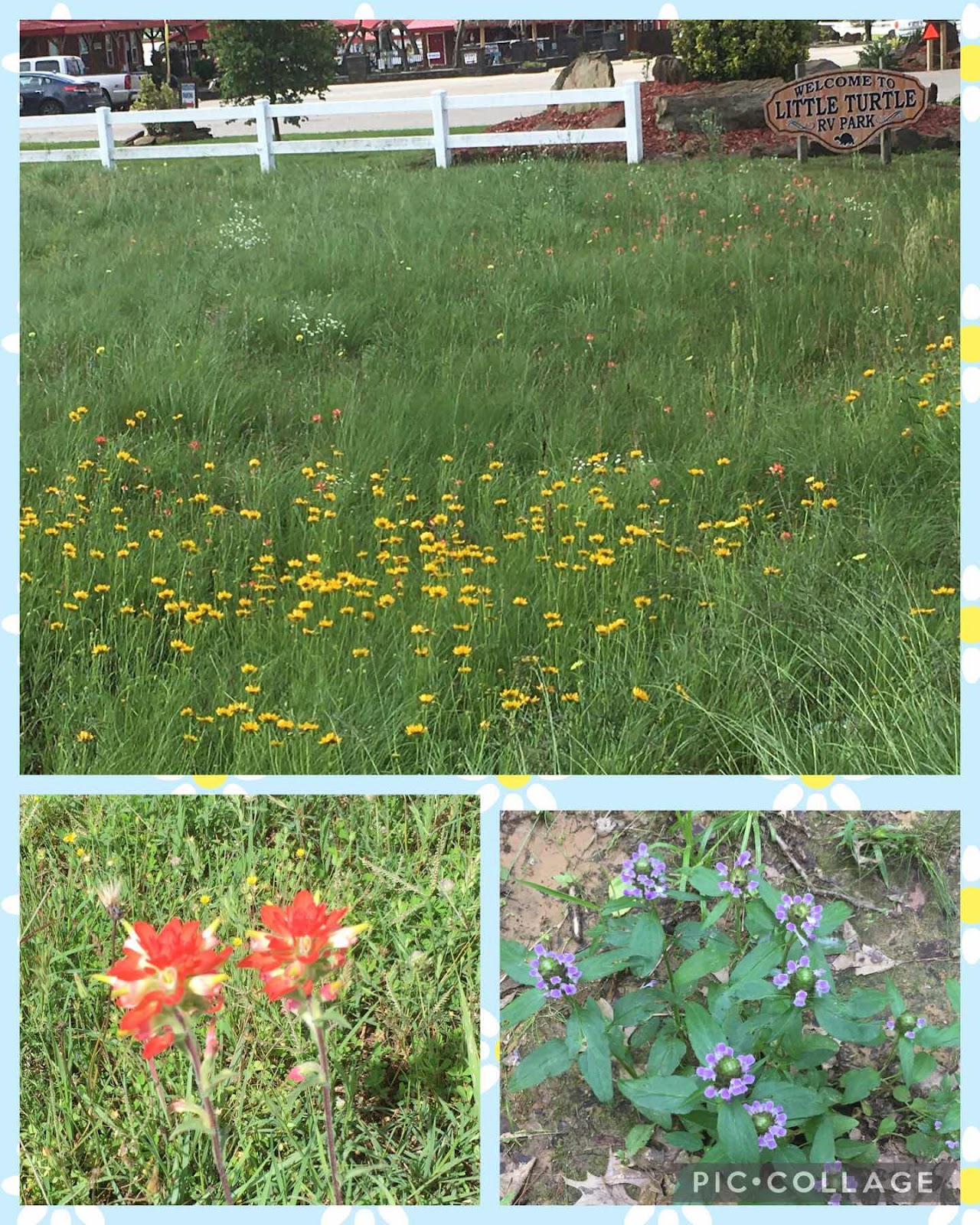 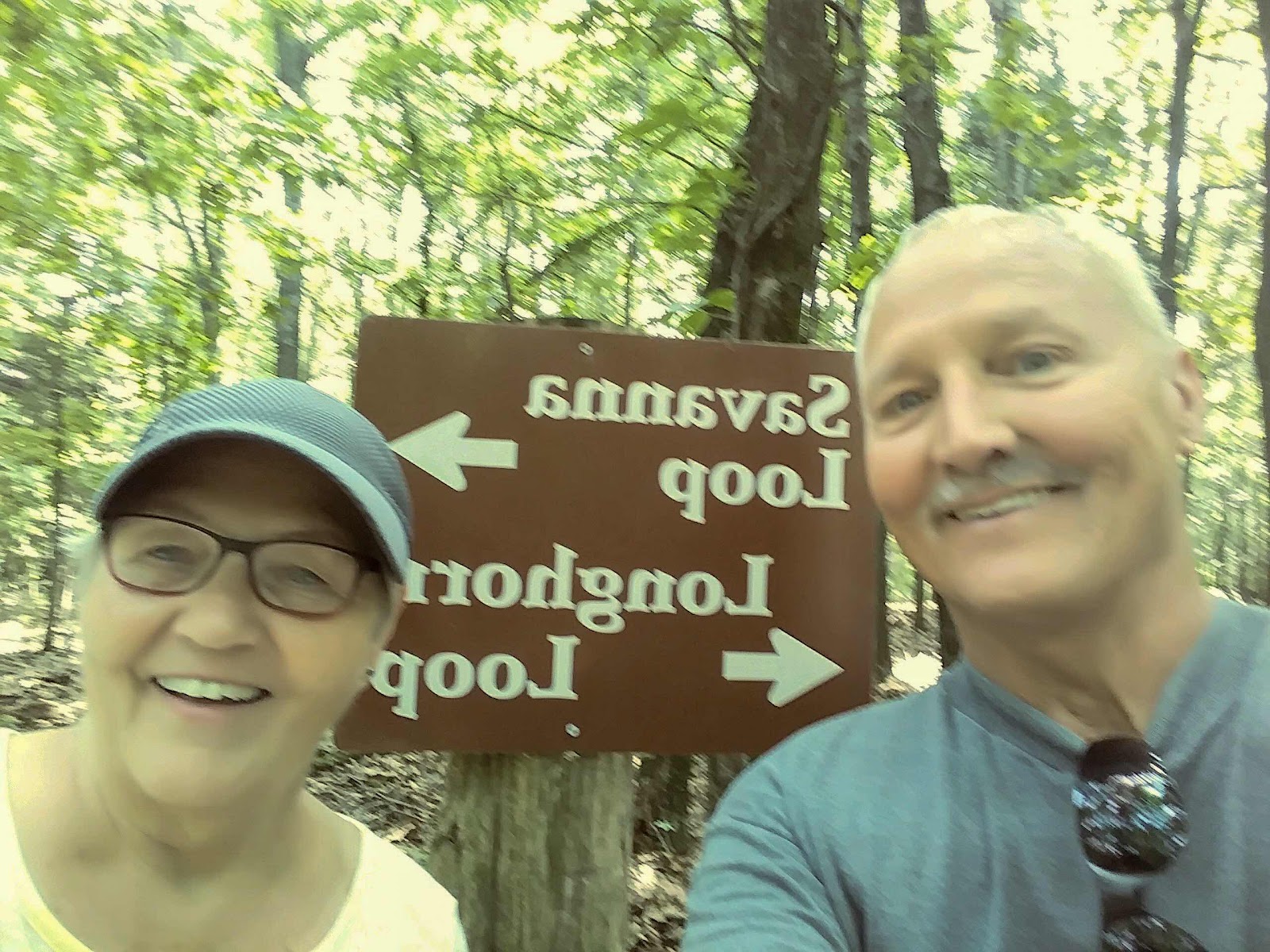 We had dinner at the El Jarocho Mexican restaurant this evening and I believe that it was the best Mexican food I have had in a long, long time. First, the Margarita tasted like it was freshly made and not from a batched mix.  Second, the quesadilla fajita entree was served with lettuce topped with pico de Gallo and guacamole and not the usual retried beans and rice. Both of our first bites produced a positive comment - the seasoning was just right, whatever it was.
A stop for gas and a few things at Walmart topped off the afternoon. Tomorrow will be a stick around camp, do laundry, and get ready for traveling again on Tuesday.
Posted by Bridge Coast to Coast Saga at 11:44 AM