KITuesday, July 20.  Yesterday morning, I headed out to look at some senior apartments in Savage, but the long drive there convinced me that it was too far to go.  So I headed closer to Ben and Jill's and stopped at a building that was suggested to me by Ben's real estate agent and was much closer.  It was going to be a half-hour wait and as I sat there and watched little old ladies in their 80s and 90s, I changed my mind on that one too.  I also stopped at the Edina Senior Center and picked up some resources.
I got a text from Connie with the following photo attached: 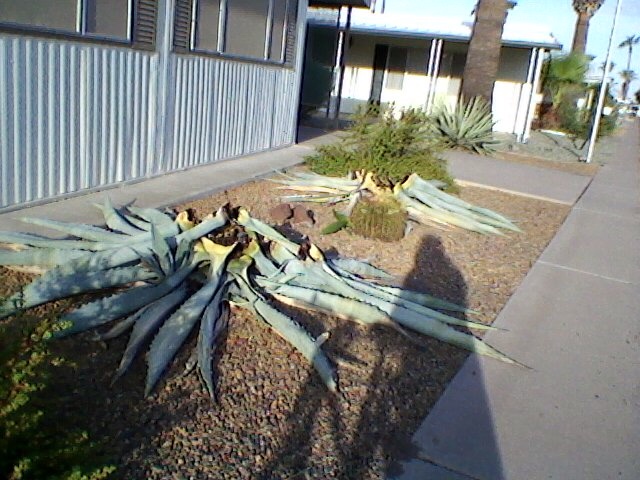 It seems that my Century Plants have died and now I have to find someone to clean up the debris.  I wonder what happened?  Dale came to the rescue and I so appreciate his help.  Now, I'll have to find something to put in their place when I get back home.  I hope everything else is ok.
Thursday, July 23.  Yesterday afternoon, I took Charlotte to the Hiawatha Lake playground and pool and we had a great time.  The depth of the pool gradually increased to 2', about waist high on her.  She was pretty confident, using the new inflatable tube that I bought for her and she headed right out to the deep part.  She stood on the side and jumped in - it would have been a belly flop if she wasn't wearing the tube and she went under and struggled to get upright but she was fine with that. I had to remind her that diving was not allowed, so she sat on the edge and just fell forward.  That time, she must have swallowed water and wasn't too happy about it, so that was the end of the swimming for the day.  The playground was all new to her, so she really had fun there.  Grandma was a little impatient watching a young couple struggling to keep their pit bull from getting away from them.  Here are some silly faces that CC was making for me. 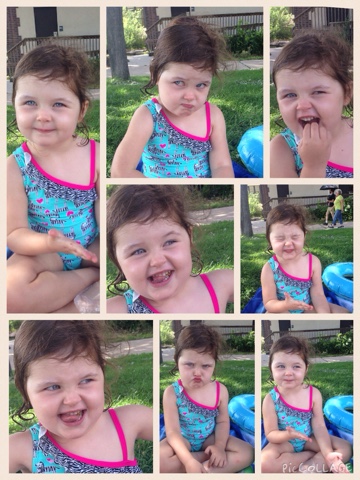 Tonight, Jill and I went to Mall of America so I could exchange the Crocs that I bought last week - they caused blisters after wearing them to walk around the block.  We then shopped for dresses for Camille and Norah for a wedding that they are going to next month.  They are so cute.
Today was a busy day, one of Charlotte's all-day school days.  Jill was meeting up with a friend for a play date with Norah and Camille so I stayed home and took a nice, long, relaxing shower, took care of some personal business and took advantage of the cool breeze and did some yard cleanup.  This afternoon when the twins were napping and Jill ran errands, I did some house cleaning.  I try to help out with things that are difficult for her to fit into her schedule.
Friday, July 24.  My day started out great with a walk to the playground with Norah and Camille and they played so well and we're happy just entertaining themselves.  The walk was nice after a front came through last night and cooled things down nicely.  When we got back here me, I was downstairs supervising while Jill fixed lunch and Charlotte kept making rules for the little ones that they just didn't understand.  She got frustrated and started pushing them around.  I took her arm trying to separate her, she fought me and I tripped and fell down.  She was ok but I came down on my left knee and got a nice rug burn and stiff and sore left side.  At that point, I had a bit of a meltdown and bawled while I was trying to gain my composure.  All is fine, Jill intercepted and dealt with Charlotte and I am a bit sore but ok.  Whew!
I'm ready for a break and will be doing just that next week when I head back to Stoughton for a couple of weeks.
Sunday, July 26.  So last night we had this discussion about doing a yard project today and decided that if we got right on it, we could bust out the mulching project that needs to be done.  While they were putting the kids to bed, I calculated how much we would need.
We stayed up and had a glass of wine and watched the movie "Wild" with Reese Witherspoon.
This morning, right after breakfast, Jill and I took the kids to the playground and Ben went to get mulch.  He loaded a cubic yard into the back of the van and once the twins were down for their naps, we got busy and did the entire border along the fence and around to the playhouse and that took care of that load.  He also got rid of some scrub trees and a few weeds that Jill and I had missed.  He went for another load.  By then, the twins were awake so I watched them while he and Jill worked on the project until it was time for her to do the finishing touches on dinner.  He was just finishing up when she called us to dinner.  I couldn't have been happier as the girls were starting to test the limits about that time.
It all looks so nice and clean now - no more bare, weedy dirt to look at. 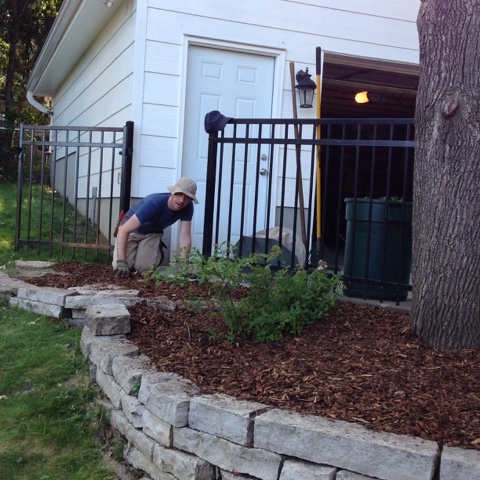 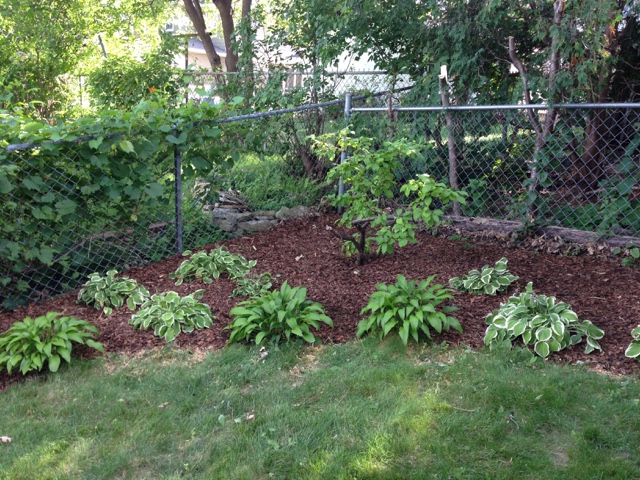 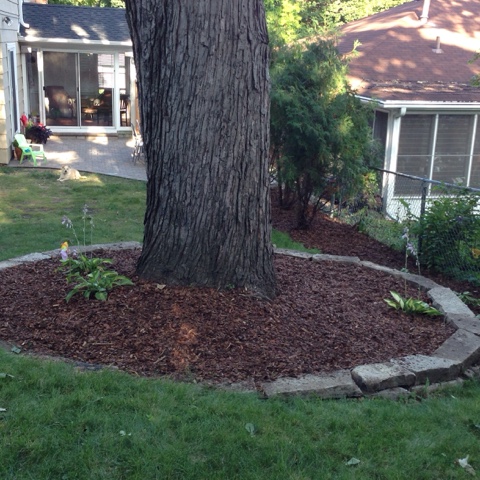 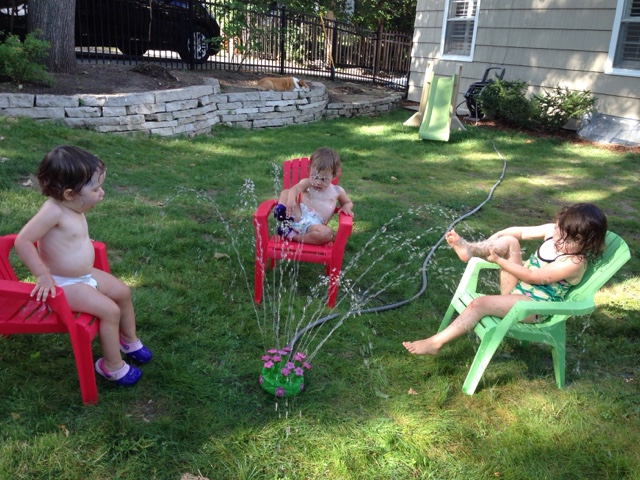 Posted by Bridge Coast to Coast Saga at 7:52 PM