This morning’s news from the Chevy dealer was that the issue with Tom’s Tahoe is the rear differential and they could have it done by Friday afternoon, and would cost in the $2,000 range.  We started to make some alternate plans, most importantly to see if Tom could stay in our current site until Monday, as it is very difficult to find places for the weekend. Annalise, the manager was very accommodating and let us know that staying here would be no problem. I would stick with the original plan and depart on Thursday - not sure if I would drive the entire 9.5 hours in one day or spend the night somewhere in between.
After going for a walk, we went to Walmart so Tom could stock up on some groceries, as he wouldn’t have transportation for a few days.  Randy and Julie both volunteered to help him with rides if he needed it.
We went to Julie’s house later in the afternoon, as she was babysitting for their granddaughter, Maren who is one and a half and I haven’t met her yet. Thanks to Facebook, I get frequent updates and photos from her Mom, Ali. We had fun playing for a while and then her Ali and her big brother Jax and Randy arrived and we played and chatted. Julie surprised us with a pan of lasagna and warm bread in the oven and a wilted lettuce salad ready for us. And brownies to top it off.  What a treat! It was fun to be around little ones again too.
Shortly after we arrived at Julie’s, Tom got a text from the garage saying that they were able to pull some strings, get the needed parts in time, and it would be ready by the end of the day. Woo hoo! We can now carry on with our original plan and head north to Lawson, MO on Thursday where Tom will stay put through the weekend and I will head north to get back home.
Maren was smiling for the camera. 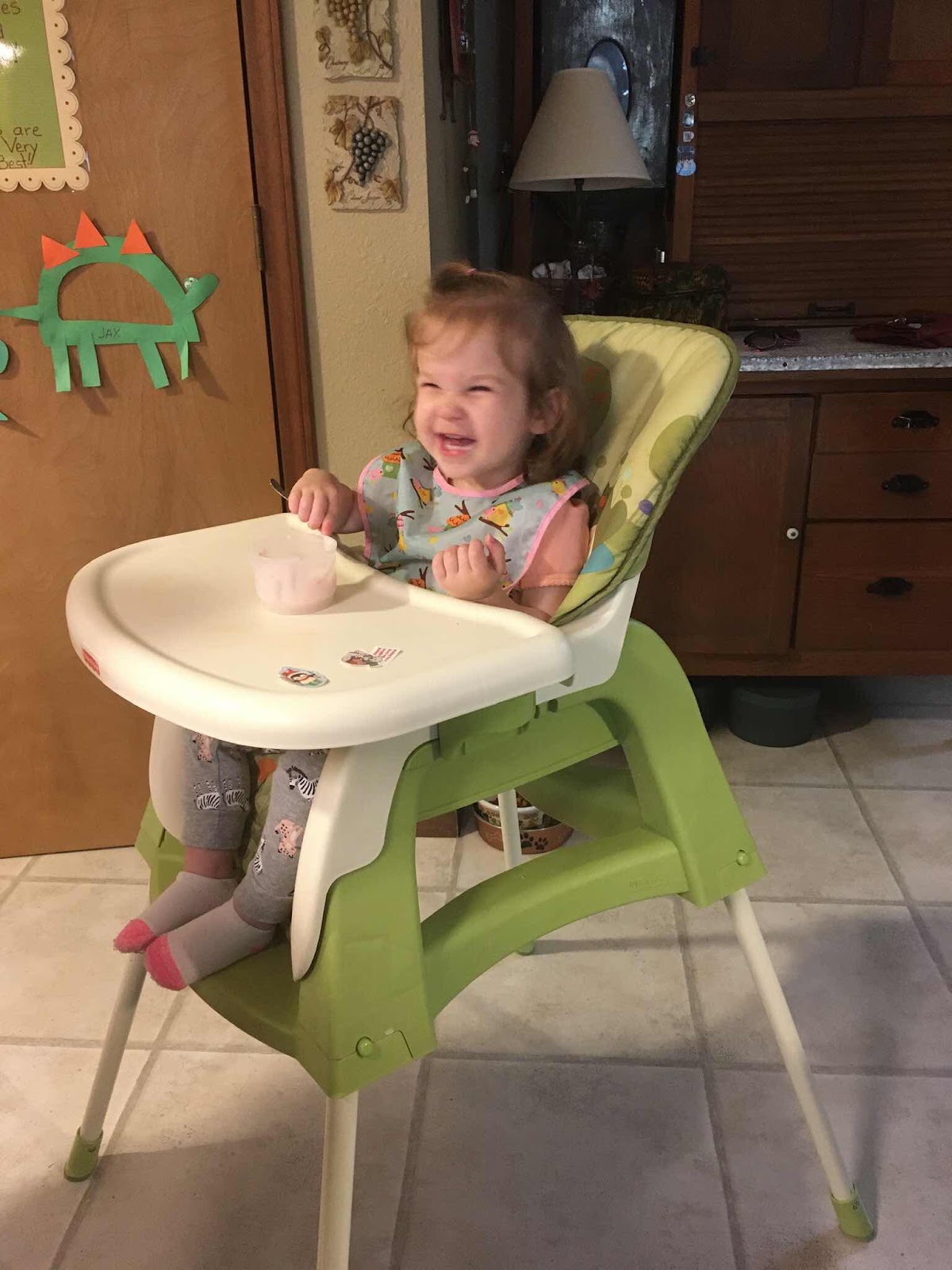 Randy and his grandson Jax. 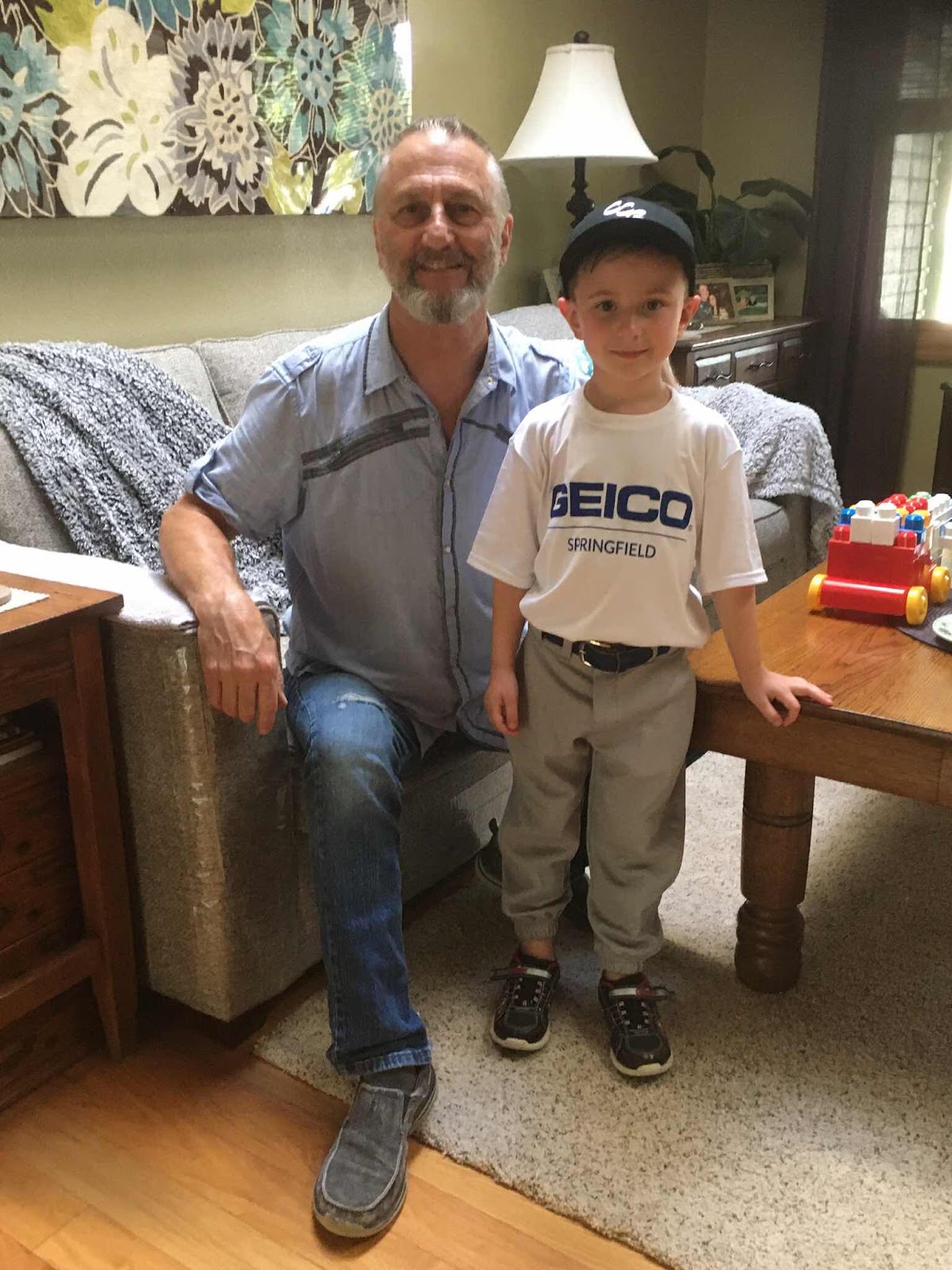 She wanted Tom to pick her up and he danced with her - she loved it! 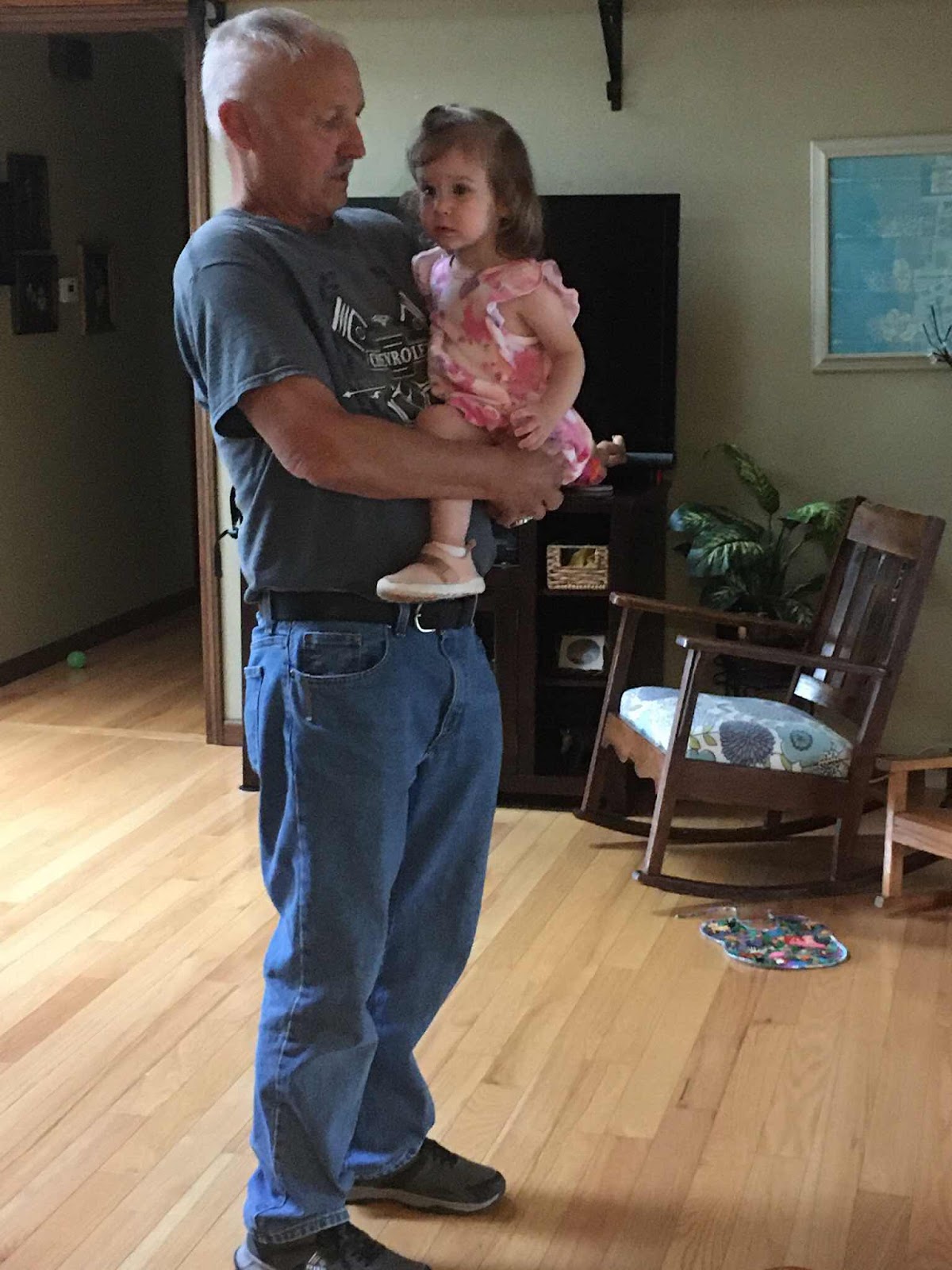 Posted by Bridge Coast to Coast Saga at 6:10 PM