Yesterday was just another day with the exception of having Pat and Tracey over for dinner in the evening. We grilled some sausages; Mild Italian and Hot Italian and Chorizo and had roasted asparagus and a cucumber tomato salad. It was a great dinner and we had lots of good conversation.
Today was quite eventful. After getting breakfast and Frisco’s walks out of the way, we headed toward Devil’s Lake via the Merrimac Ferry. It had been a long time since I had taken that drive and I enjoyed it just as much this time. The ferry is a cable ferry that crosses the Wisconsin River and connects WI-113. It operates 24 hours a day when the river isn’t frozen and carries up to 1200 cars a day, 15 cars at a time. 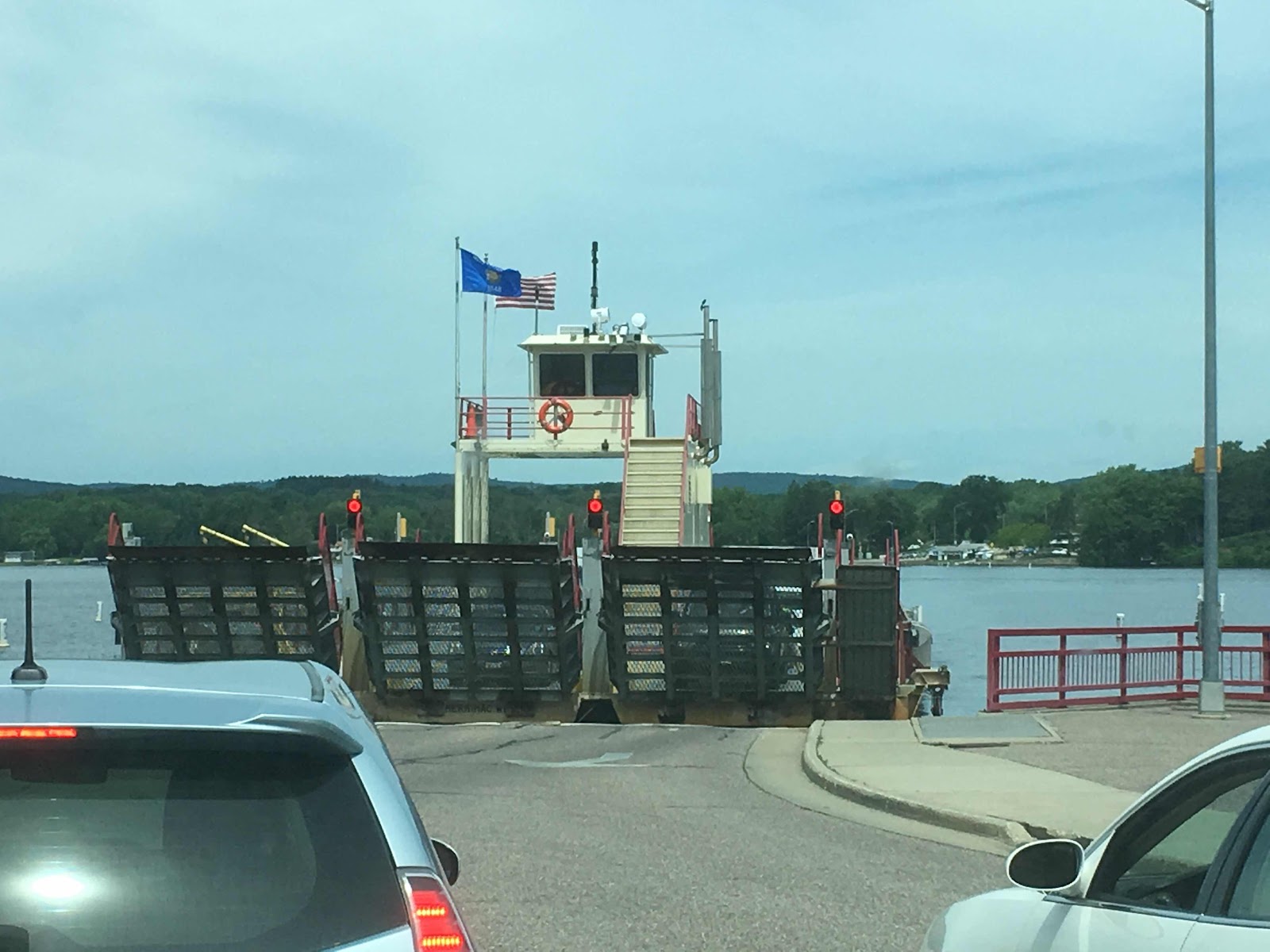 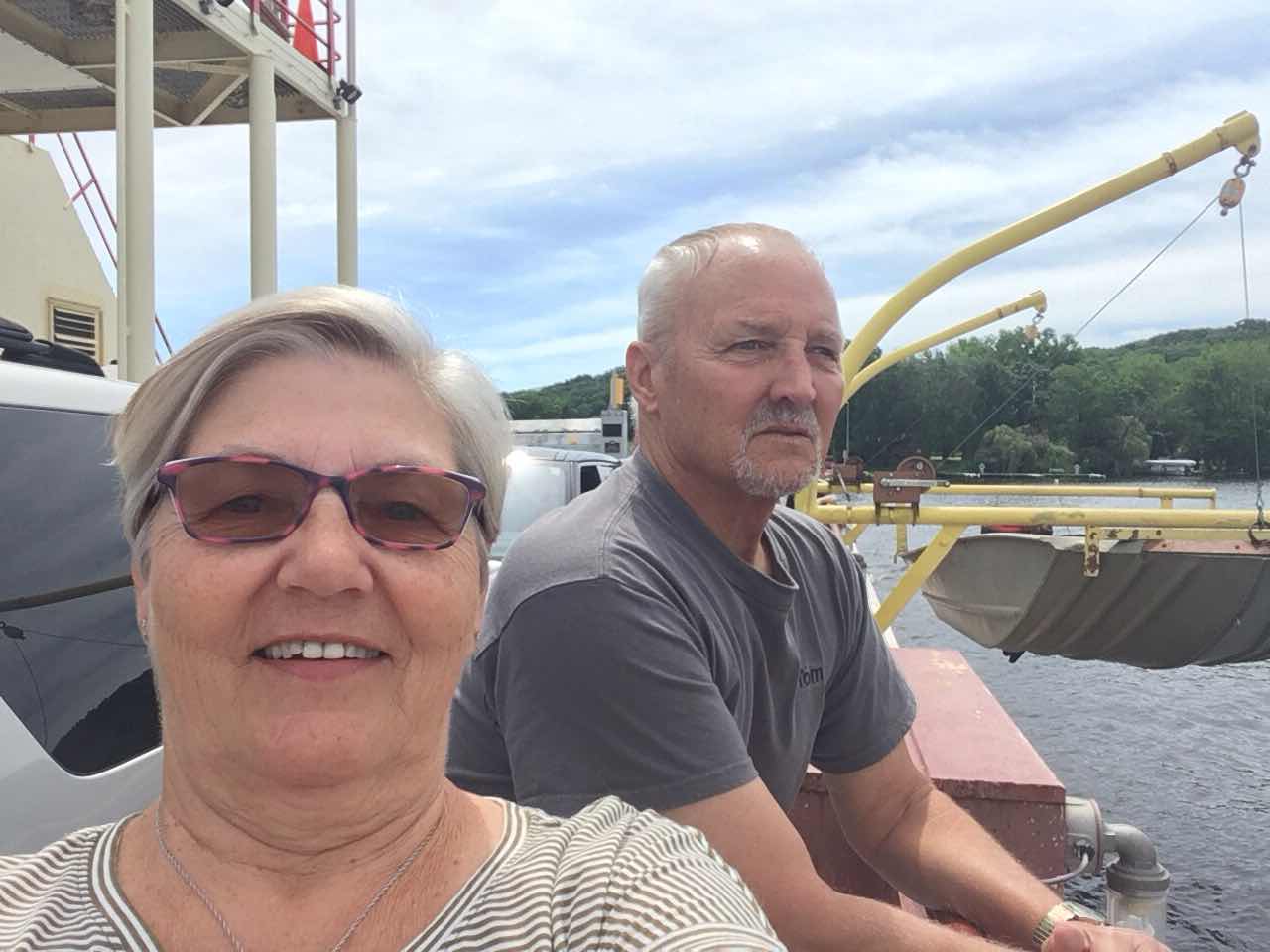 We stopped at Parfrey’s Glen but learned that the daily pass fee for out-of-state guests was $16.  So we just headed for the south entrance to Devil’s Lake, as we had a hike planned there. I remembered from a past visit (about 8 years ago) that this park is one of the few that allows the National Park Pass, and that rule still stands, so it didn’t cost us a penny to get in.
We had decided to take one of the East Bluff Trails, but the descriptions were a bit deceiving. The park ranger suggested that we take the Balanced Rock Trail for .4 mile to the East Bluff Trail and that was a 500’ climb up the rocky steps to the top of the bluff. At that point, we decided to head straight east  for .3 mile to the Potholes Trail for .3 miles, and then the Grottos Trail for the last .3 mile. All of these trails except the East Bluff Trail were considered difficult and we said over and over that we’re too old for this kind of hiking any more.  We stopped often for breaks. This short distance (about 1.3 miles) took us about 2.5 hours. Most of it was either climbing rough rocky stairs up or climbing them back down. We saw only a very small part of the park but the views that we saw from up top were beautiful.
We did some shopping at Costco and Dollar Tree on the way back home and stopped at Monk’s Bar and Grill for dinner on the way home. 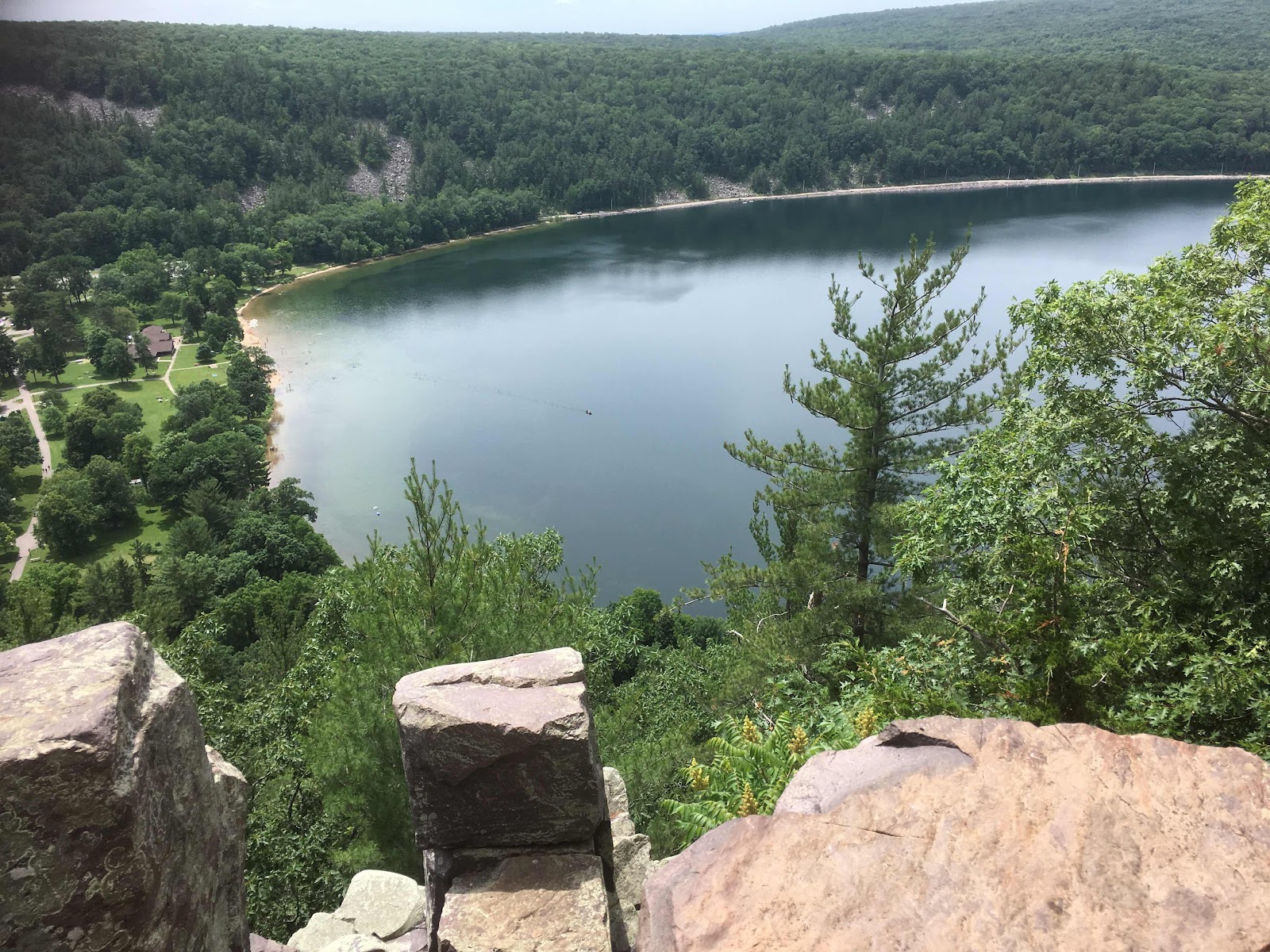 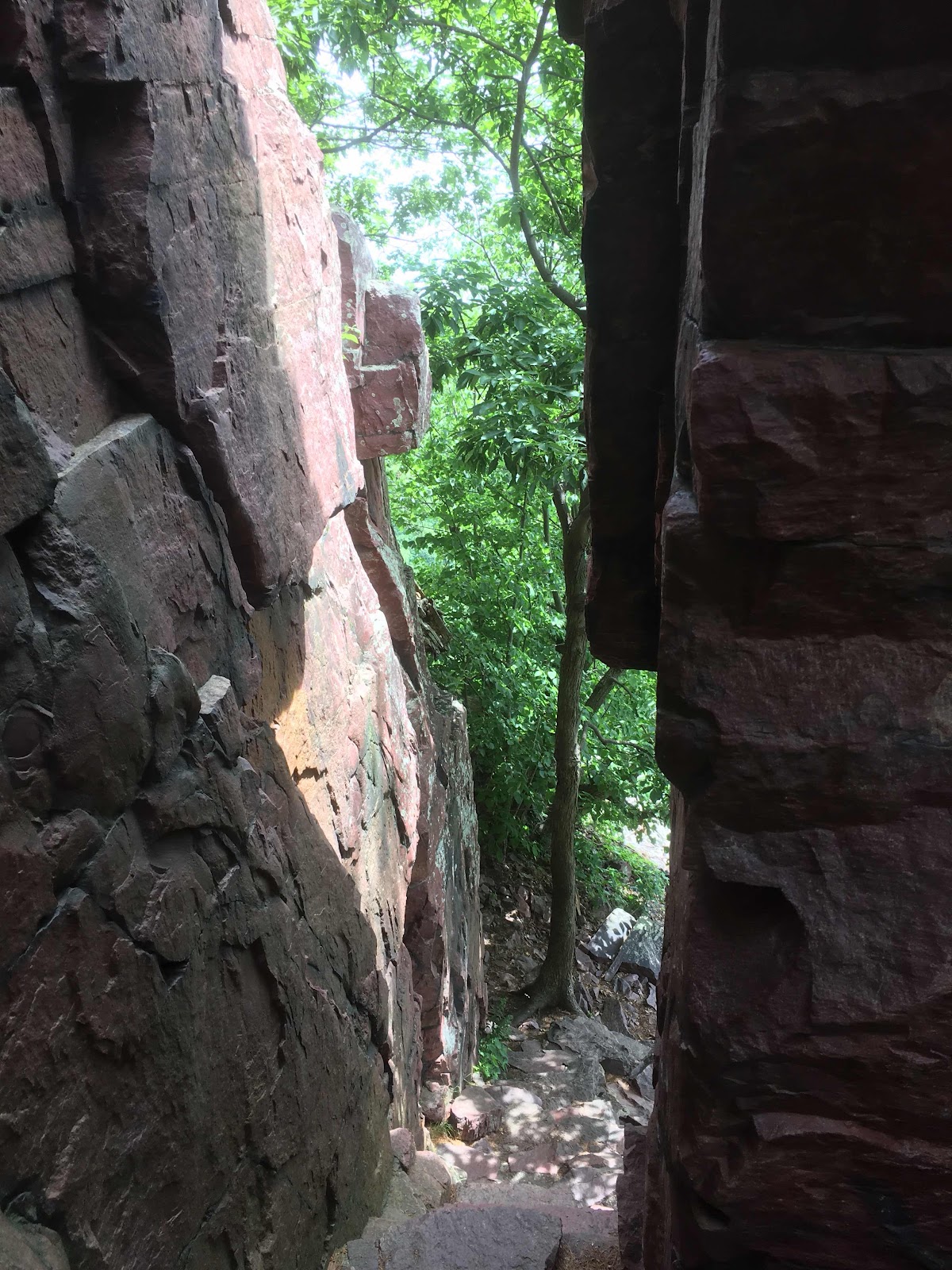 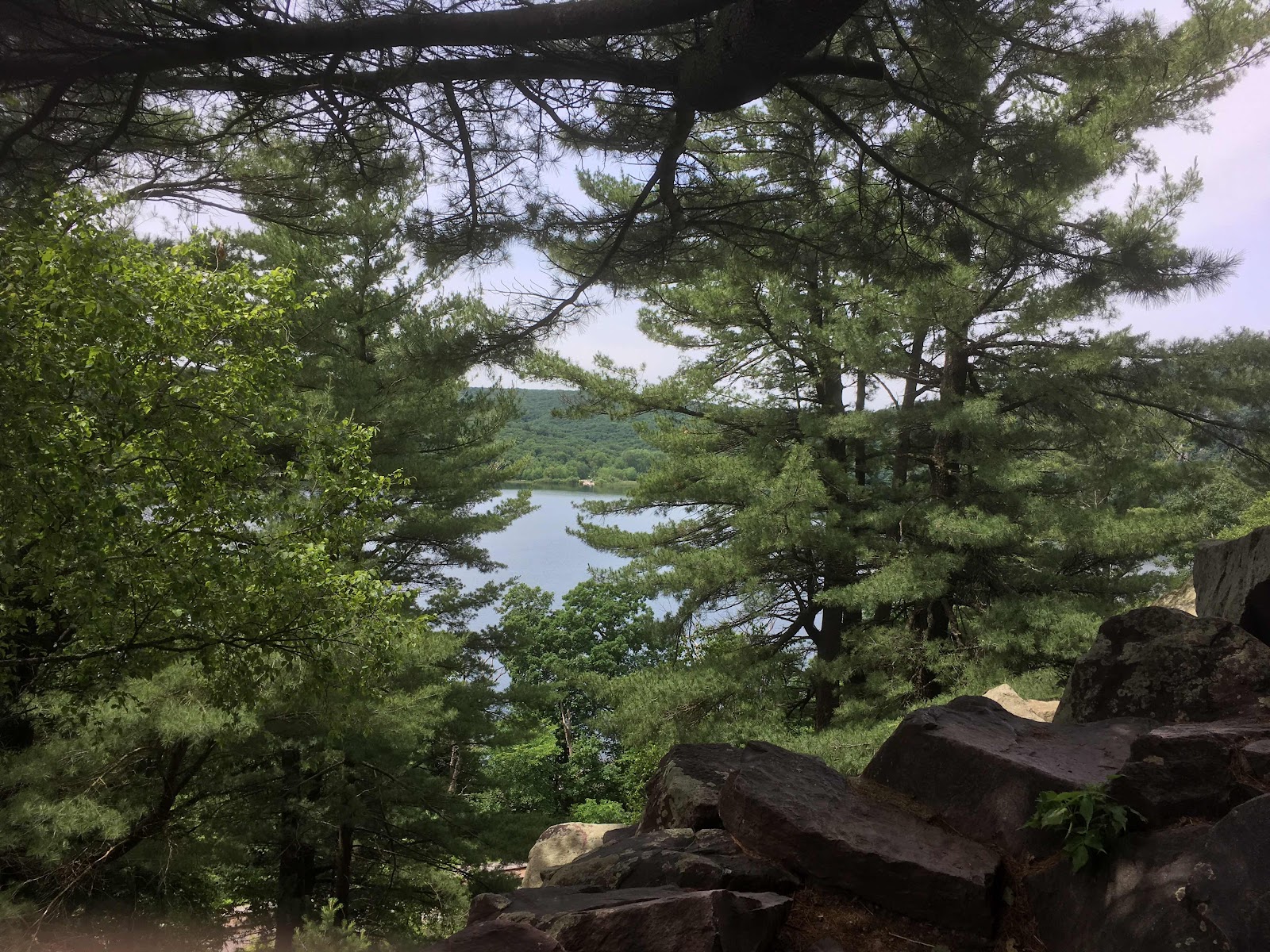 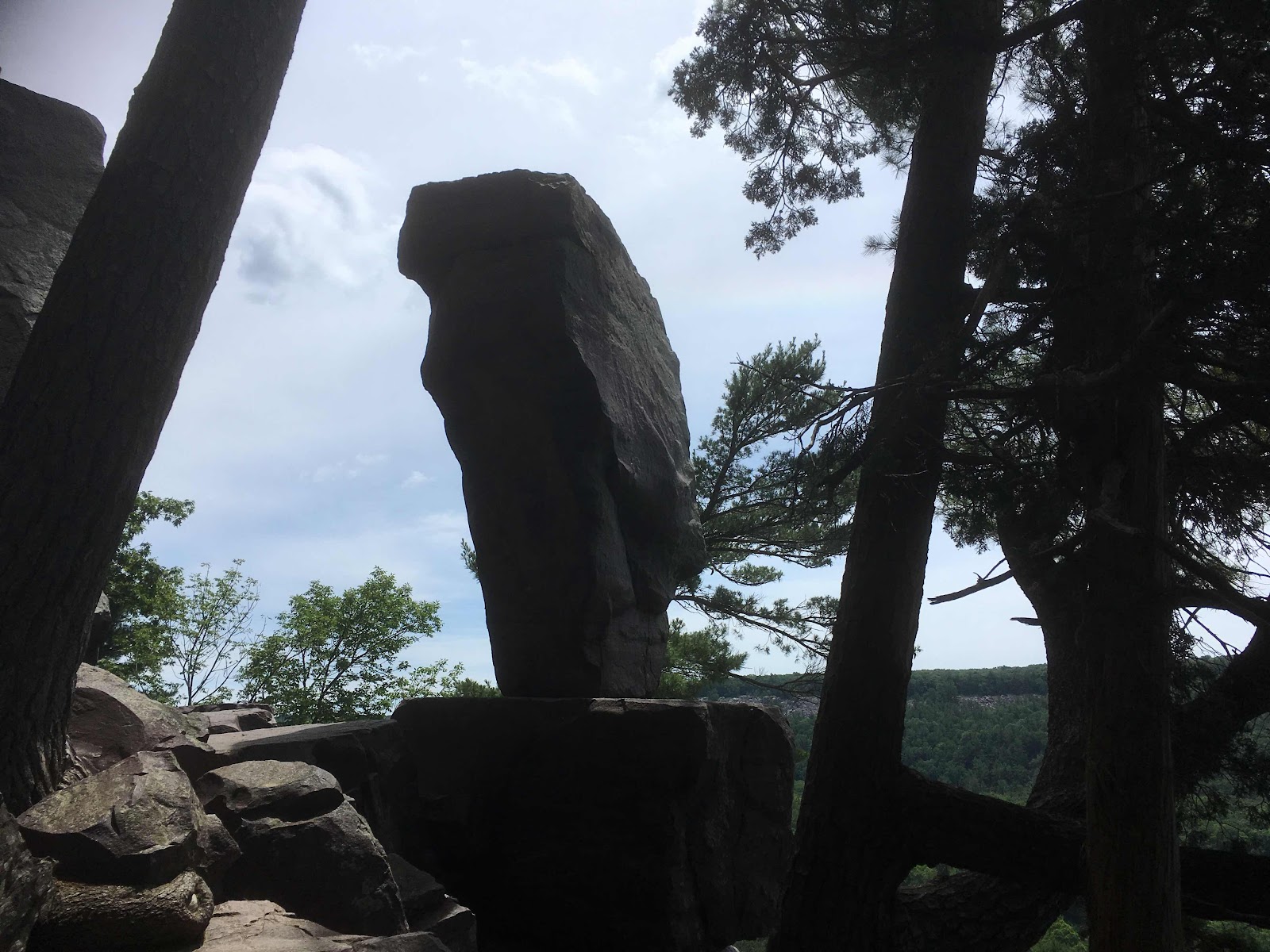 Posted by Bridge Coast to Coast Saga at 6:18 PM